The Marine Chronograph Annual Calendar is a typical Ulysse Nardin product, in that it offers a lot of innovation and originality at a comparatively low price. It has an in-house chronograph movement, and an annual calendar that can be adjusted forwards and backwards, a system invented by Ludwig Oechslin. All at a price of €11,900 for the stainless steel version. 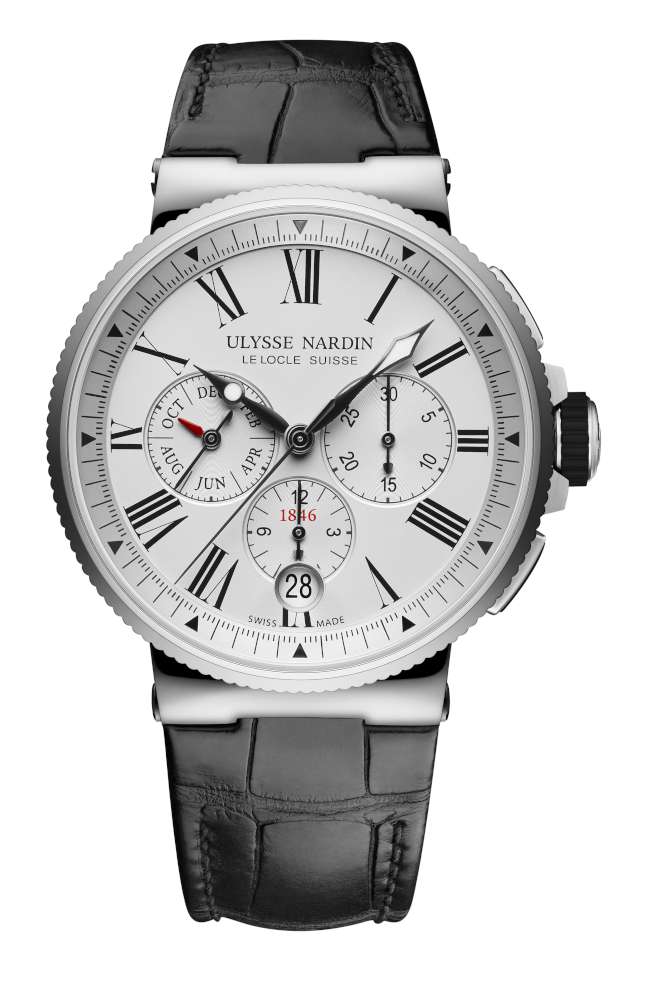 The chronograph is rendered very nicely. The quarter-second scale on the inner bezel flange has triangles at the hour marks that reinforce the watch’s resemblance to a compass. The subdials are for 30 chronograph minutes at 3 o’clock, 12 chronograph hours at 6 o’clock, and continuous seconds with months at 9 o’clock. The only less-than-functional feature is the date window at 6 o’clock that obscures part of the chronograph hours subdial between 5 and 7 hours. The chronograph buttons are nicely recessed so that from the top they are barely visible. 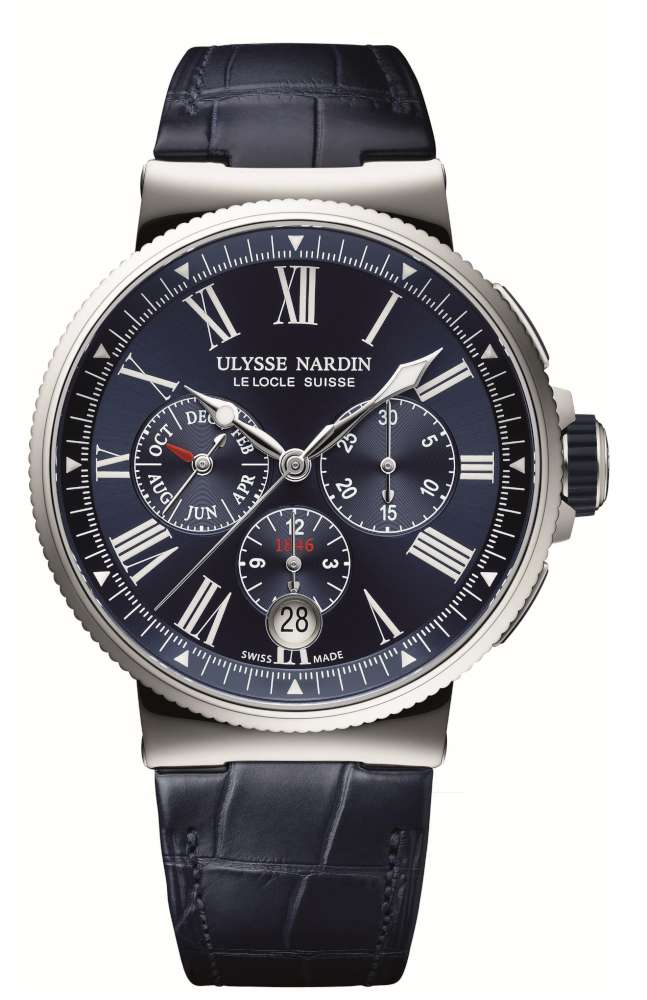 There are several versions available of this watch, with the major decision being between an eggshell white dial with black dial indications, or a deep blue dial with white indications. In the rose gold version, the deep blue dial is accompanied by gold Roman numerals. Straps are in leather with folding buckle, or in rubber. The case is 43 mm in diameter, with screw-down crown and 100 metres water resistance. It has a ribbed bezel that reinforces the connection with Ulysse Nardin’s links to the marine world. The hours and minutes are shown by “classical hands” with different shapes, and circular and rhomboid areas of white, presumably luminescent paint on hour and minute hands respectively. 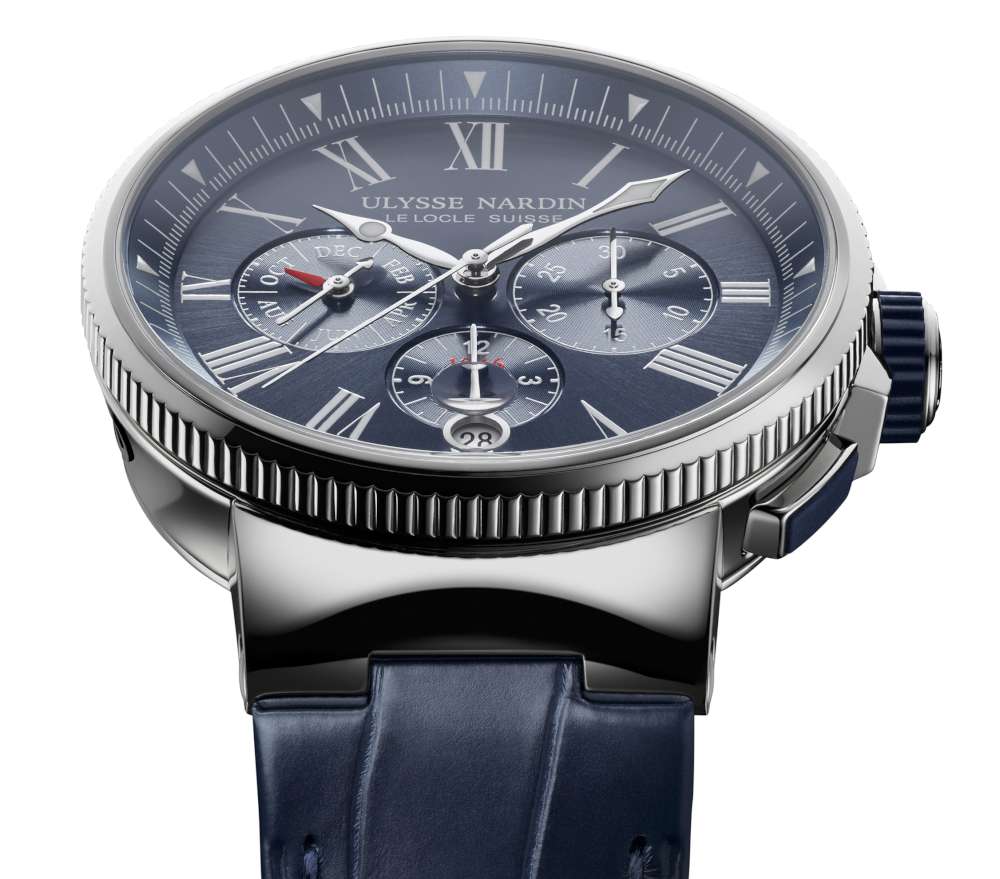 The UN-153 movement was designed entirely in-house, and its annual calendar function was developed from the simple calendar in the existing UN-118 calibre. The annual calendar module reflects the work of Ludwig Oechslin, the designer who created many of Ulysse Nardin’s most innovative pieces, and whose hallmark is a quest for maximum simplicity. Only three extra wheels had to be added to give the watch the capability of taking the different lengths of months into account. It has to be adjusted just once a year, at the end of February. In another Ulysse Nardin hallmark feature, the calendar can be adjusted forwards and backwards from the crown. This is far more user-friendly than the caseband-pushers in most annual and perpetual calendar watches that have to be pressed using a stylus. The date window has a magnifier for easier reading.

The balance runs at 28,800 vibrations per hour (4 Hertz), and the balance spring and escapement are also made in-house from the anti-magnetic material silicon, by Sigatec, a company owned by Ulysse Nardin. The view through the sapphire caseback reveals the oscillating weight with the two anchor motifs, one on each side. The watch is self-winding, with a power reserve of 52 hours. It looks like the chronograph is lever-operated, and without a crown wheel. 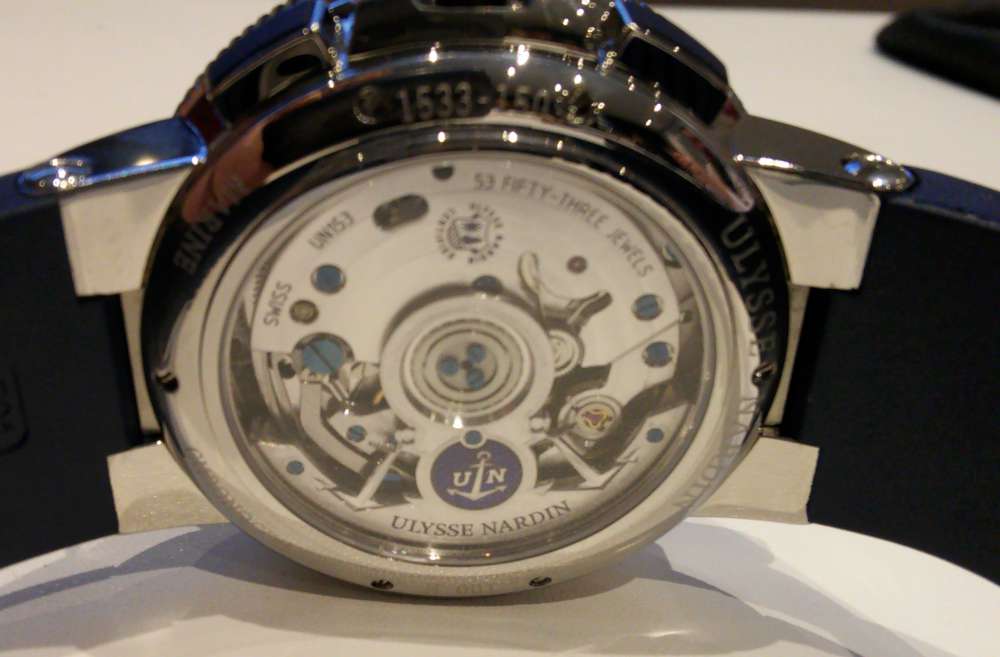 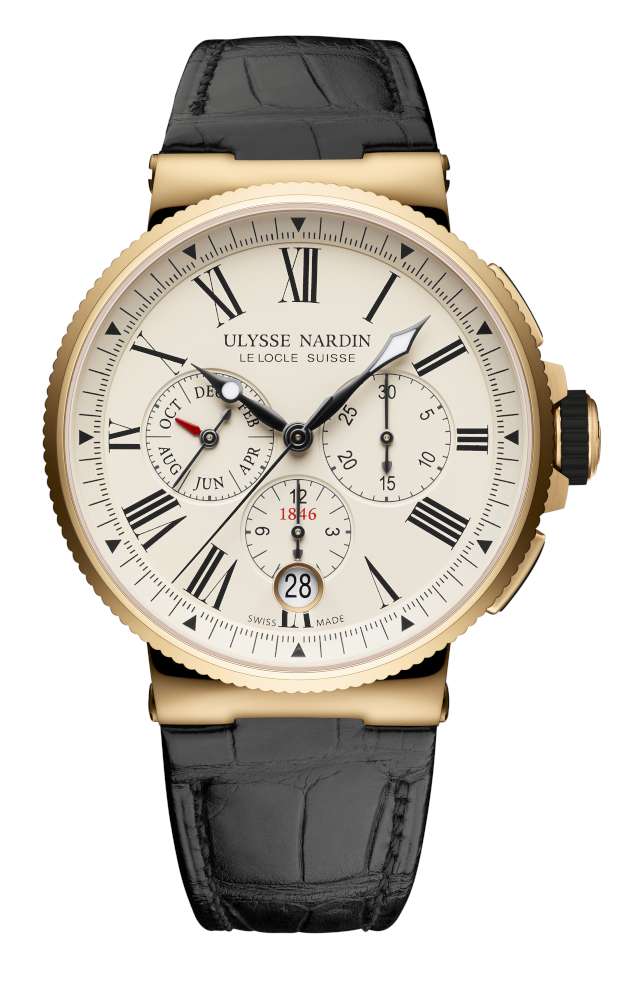