For the first time in the Diver collection by Ulysse Nardin, this watch has an in-house movement, the UN-150. There are two versions, both limited editions, with 300 pieces in steel, and 99 pieces in rose gold. The hammerhead shark was chosen as a motif because the hammerhead is a gentle shark, but has a remarkable navigation system located in its wide head that enables it to return to exactly the same location where it set out from after a journey to its feeding grounds. 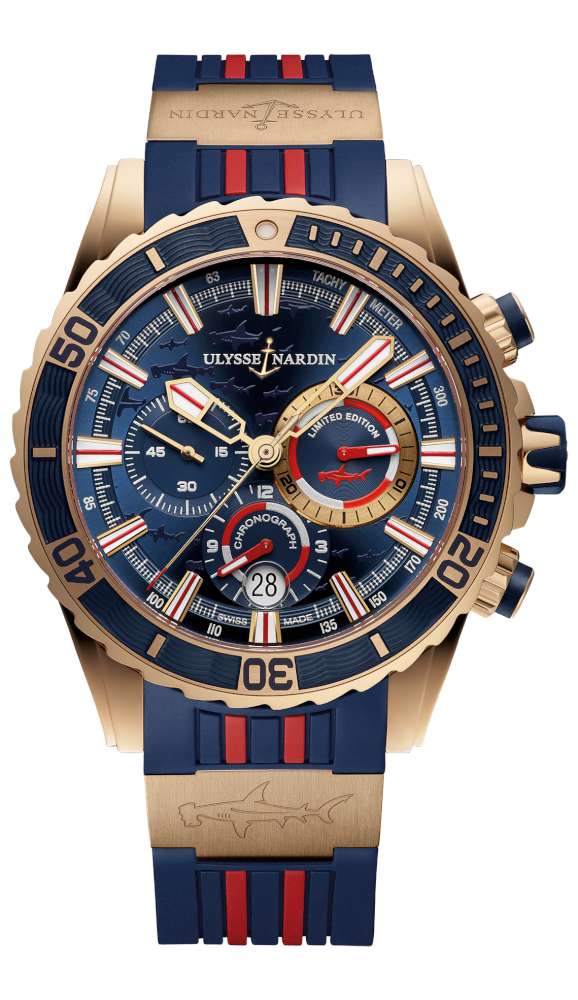 The watch has a large 44 mm case, with screw-down crown and pushers, to ensure that its water resistance of 300 metres is maintained. Like many diver chronographs, the chronograph function should not be used underwater. The bezel has a chunky shark’s tooth profile (Ulysse Nardin describe it as a wave pattern), with inset rubber in the steel version. The crown also has a profiled rubber covering. The dial is clearly laid out, with 30 chronograph minutes counter at 3 o’clock, 12-hour counter and date at 6 o’clock, and continuous seconds at 9 o’clock. 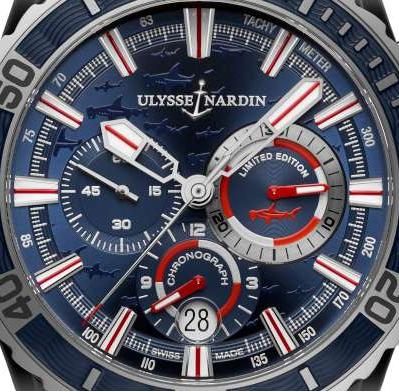 The hour indices are very large and chunky, and likewise the hour and minute hands. The background of the steel version is very attractive, with a deep blue ocean scene featuring the hammerhead sharks of its name. There’s a lot on the dial, with a quarter-second scale and tachymeter scale. The three chronograph indications are marked by red hands. The watch has a rubber strap with gold or titanium elements, and a folding buckle. 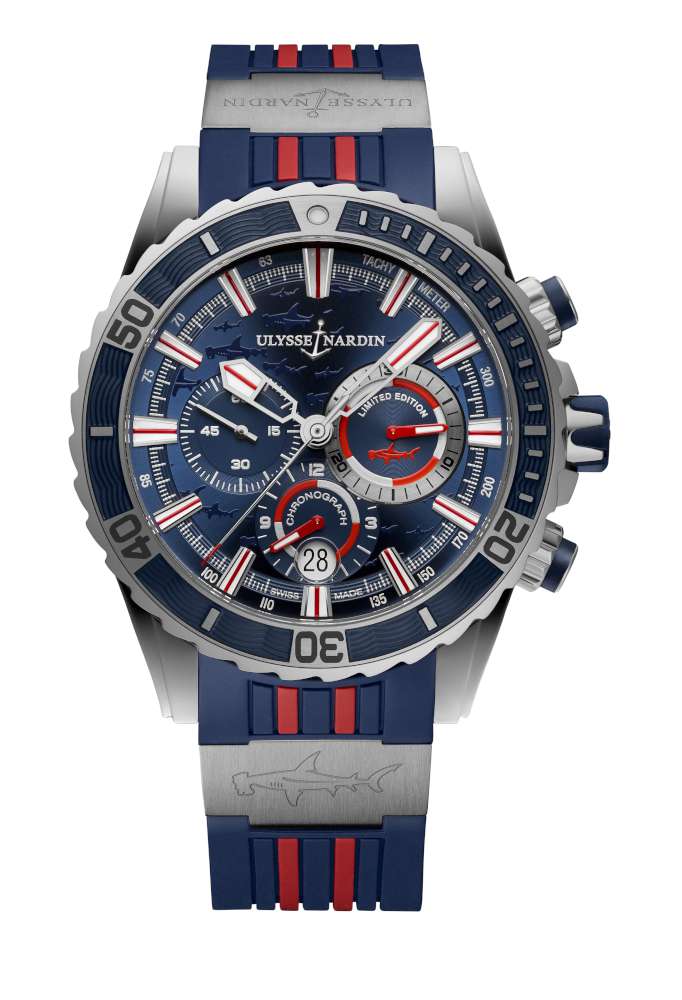 The watch has a sapphire caseback revealing a blued rotor with shark decoration. The self-winding UN-150 movement runs at 28,800 vibrations per hour, and provides a 48-hour power reserve. It has a silicium escapement which improves anti-magnetic performance. 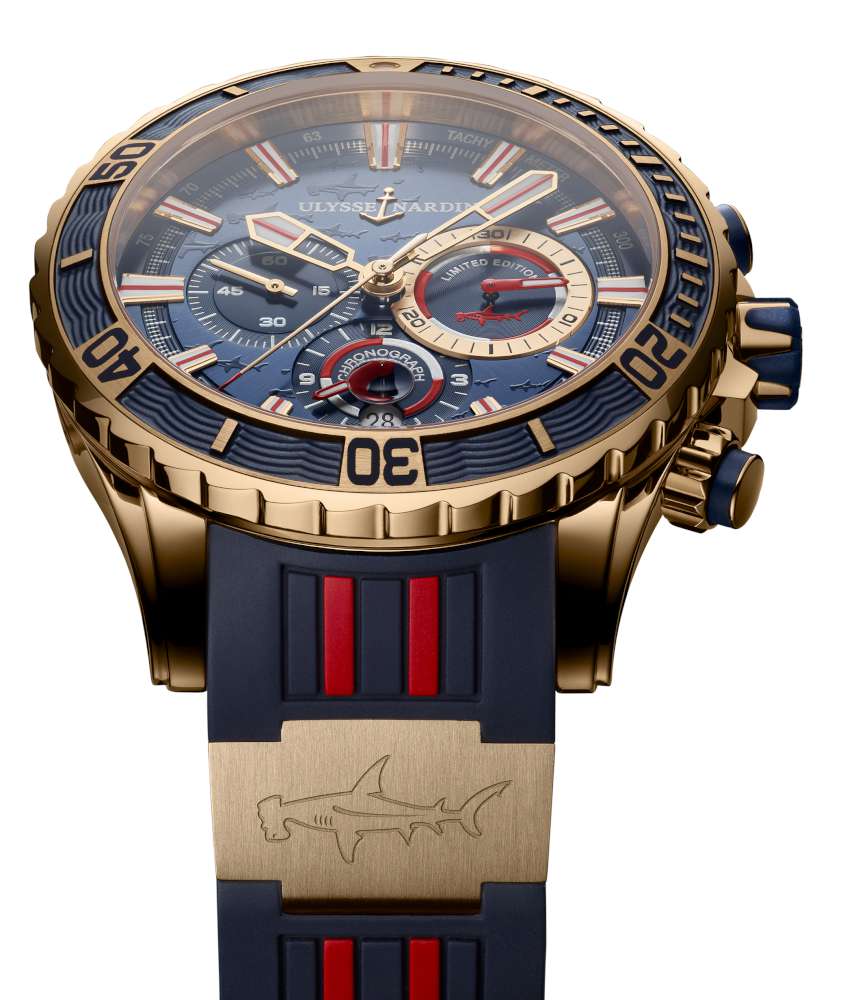