Ulysse Nardin are sponsoring the America’s Cup team Artemis, and this watch Classico America celebrates the sponsorship agreement, along with the history of the race itself. It depicts the schooner America, which won a regatta around the Isle of Wight organized annually by the Royal Yacht Squadron. 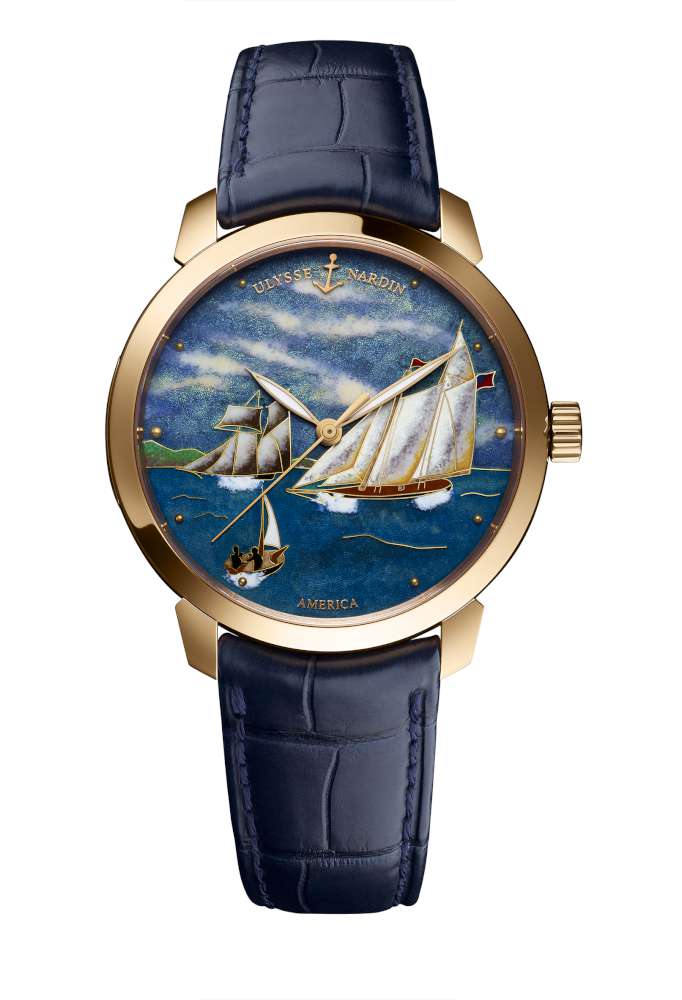 America had been built by John Cox Stevens, a member of the New York Yacht Club, who formed a syndicate in order to make some money and publicize U.S. shipbuilding by competing in several prize regattas. The yacht was technologically advanced, reflecting the very competitive nature of commercial shipping in America, with its principal difference with respect to the British yachts residing in its hull design. Anyway, America raced against 15 yachts of the Royal Yacht Squadron on 22 August 1851, finishing the 53-mile course 18 minutes ahead of the nearest rival Aurora. Queen Victoria, who donated the prize for the race, asked who was in second place, and received the reply that has gone down in history, “There is no second, your Majesty.” 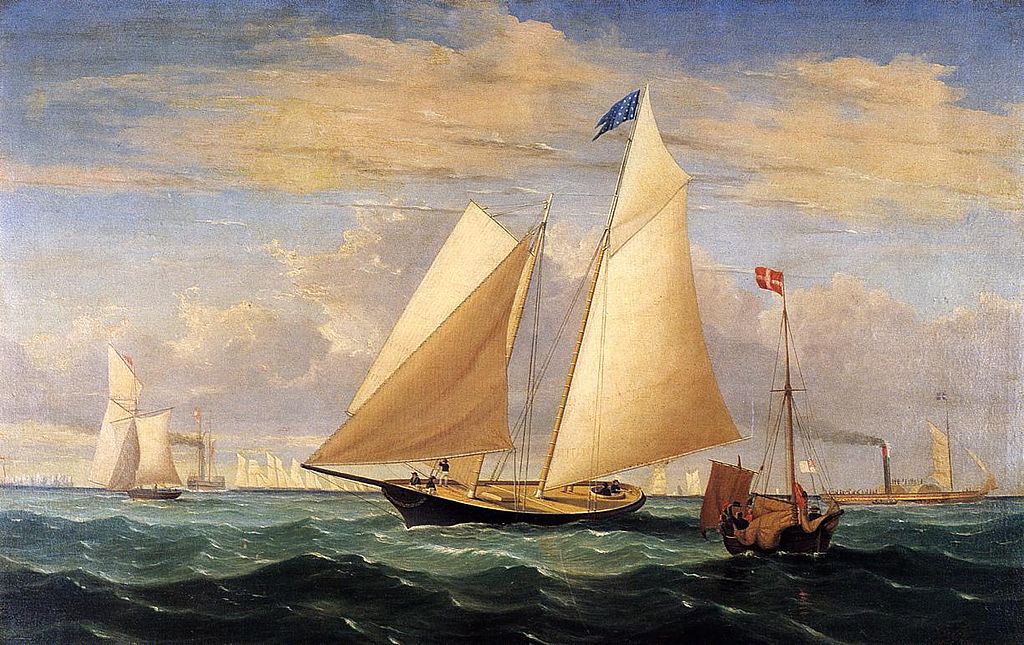 The cup, known as the Auld Mug, was donated by the syndicate to the New York Yacht Club, which launched the challenge trophy named America’s Cup in honour of the winning yacht. The NYYC held off all challengers and retained the Cup until 1983, when it was won by the Royal Perth Yacht Club.

The cloisonné enamel dial of this watch shows the schooner America attaining its victory, with Aurora and the Isle of Wight in the background. The dial is made by Donzé Cadrans, part of the Ulysse Nardin group, with colours separated by tiny barriers made of fine gold wire. Enamel colour is applied to the different sections and then fired, requiring 26 successive stages and 50 hours of hand crafting. 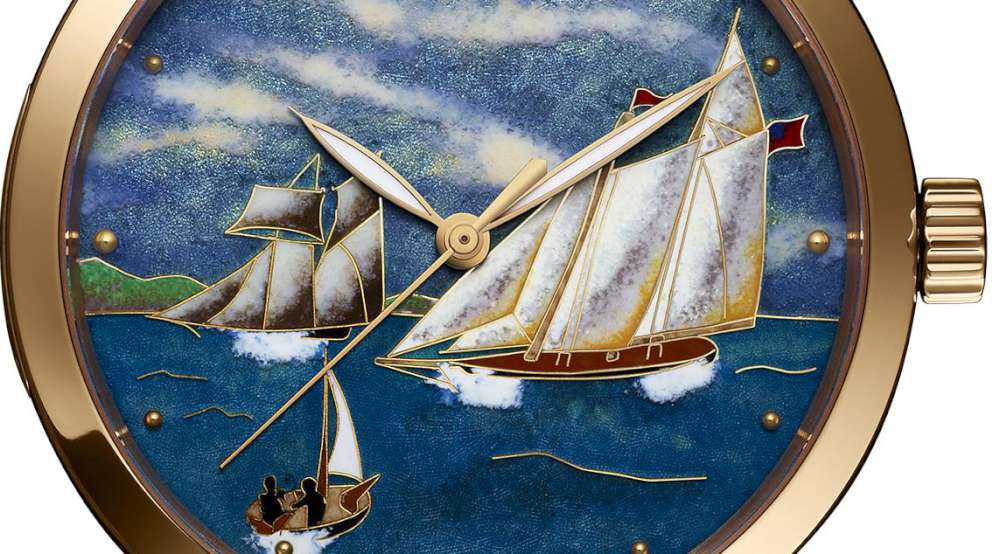 The movement is the self-winding UN-815, COSC-certified, with a 42-hour power reserve. It is based on the ETA 2892-A2 in its top-grade version. The case is in white or rose gold, 50 metres water resistance, with a sapphire caseback. Leather strap. 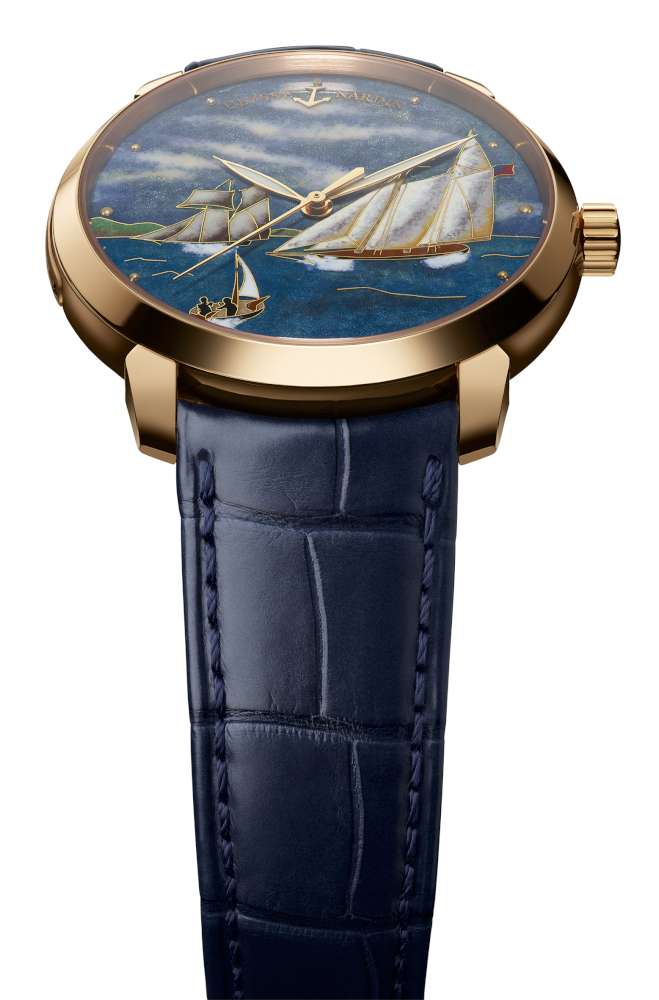