Table clocks give brands the chance to do stuff they can’t do in wristwatches, because there is much more space, and no ergonomic restrictions. MB&F’s Melchior is a good example, and now Ulysse Nardin have created a futuristic table sculpture, the SuperCat.

The SuperCat was presented at Baselworld in March 2016, but it is a one-off piece and it was sold immediately at the show for 200,000 Swiss francs. The buyer was someone in France. Its design is “by one of Ulysse Nardin’s young watchmakers” as the brand say in their press release, without telling us who she or he is. This is a characteristic of the watch industry: if you’re looking for personal fame, probably watch designing is not the right place to be.

The shape of SuperCat recalls the foiling yachts competing in the America’s Cup, such as Artemis sponsored by Ulysse Nardin. At the same time, the two screws at the stern evoke the massive power of offshore racing boats. The piece is 35 cm long, with keels in carbon fibre, hull in resin, and transparent covers also in resin. 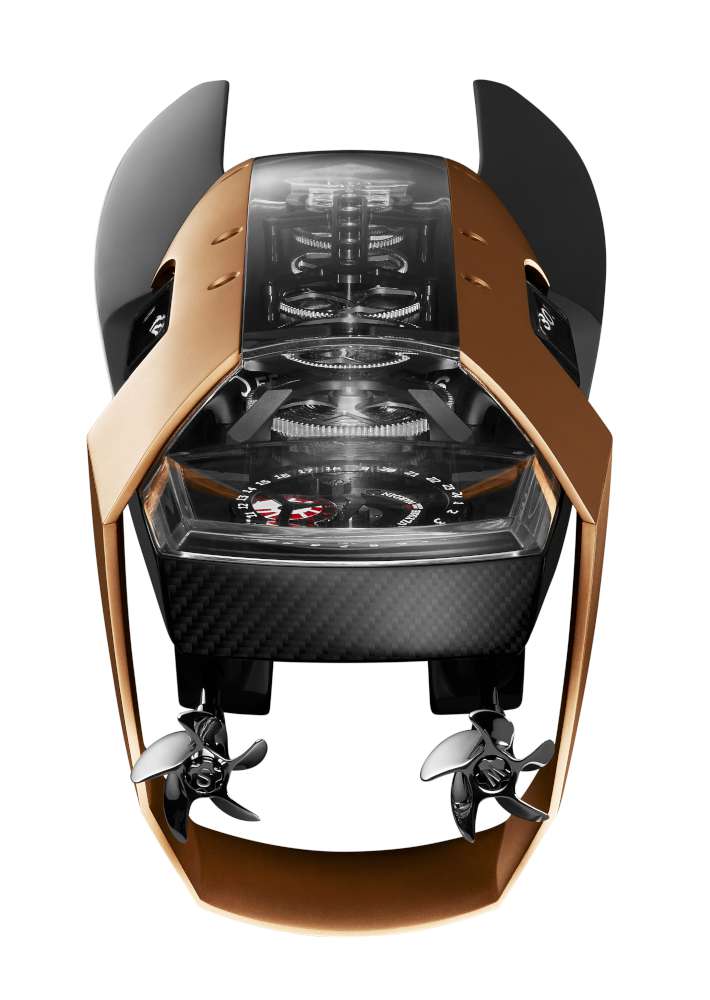 The UN-910 movement is linear, like the Freak and the Corum Golden Bridge, with a series of gears starting from the mainspring towards the stern and reaching the balance at the bows. The balance runs at 18,000 vibrations per hour. The mainplate is in black PVD-coated brass; the bridges have a shape recalling the masts of sailing yachts. The power reserve is 8 days, and it is shown on the two indicators at the stern, one showing days on a disc with red motifs, the other hours remaining. 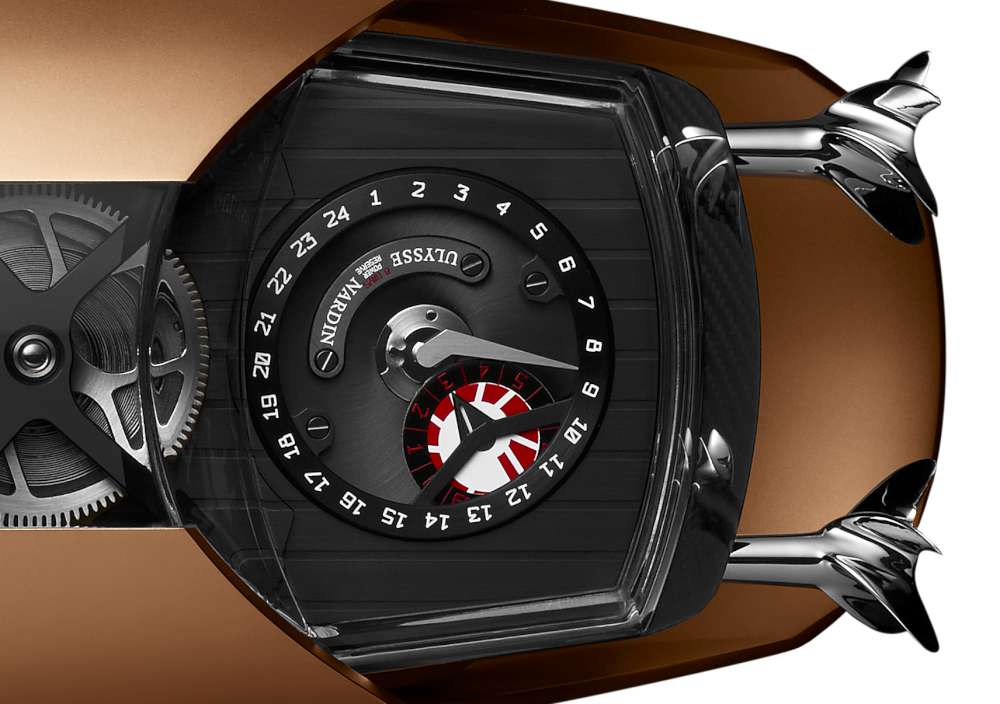 The movement is hand-wound, using the two propellers – which also adjust the time. Hours and minutes are shown on circular conical indicators on the two sides of the clock, providing two time zones.