The alarm could possibly be the oldest watch complication. Some of the earliest clocks didn’t have hands at all, but just a striking mechanism to mark the time of services. Vulcain’s Cricket watch with alarm function first appeared in 1947, and it has remained the brand’s most iconic model. This year, Vulcain has introduced a new manufacture movement, the V-40, with several new versions of the Cricket. Below, reference 400150A05.BAL100. 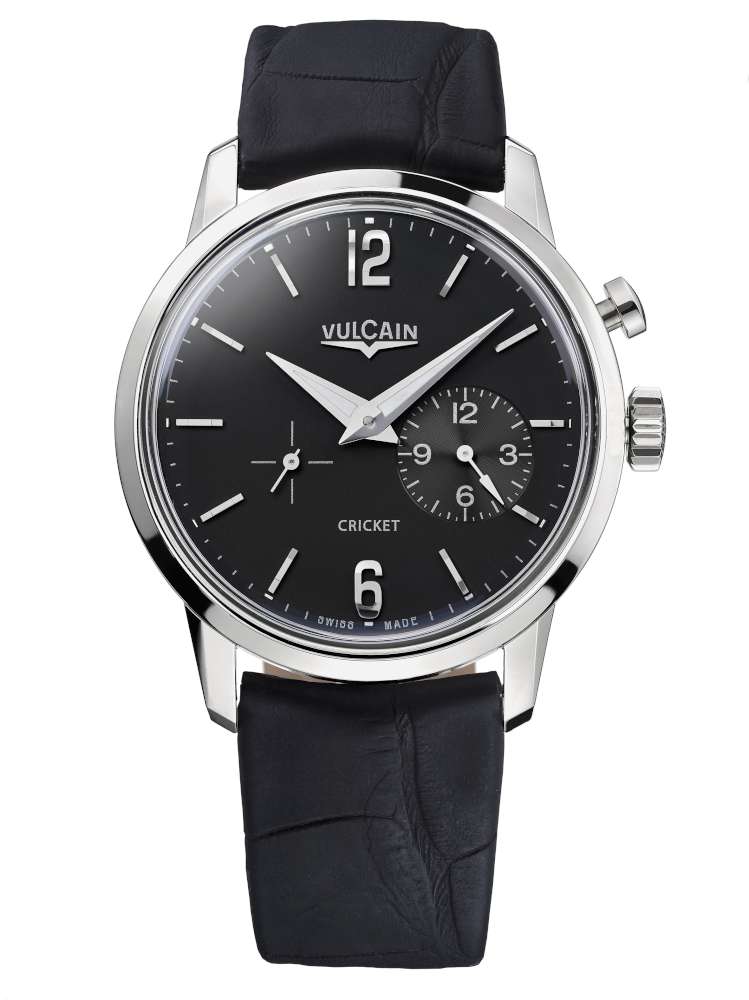 New V-40 calibre for the Cricket

The hand-wound V-40 movement was designed to introduce some improvements with respect to the previous V-10. Power reserve has been increased from 40 to 52 hours, by reducing the size of the central mainspring arbor and thus increasing the length of the mainspring; there is an alarm subdial at 4f o’clock, and continuous seconds subdial at 8 o’clock (up until now, Cricket watches had four hands all at the centre). The movement has 162 components and 24 jewels, and a double barrel, one for the time functions, and one for the alarm. The winding system is differentiated so that winding the crown upwards (clockwise) winds the movement, and winding downwards (anti-clockwise) winds the alarm. The balance runs at 18,000 vibrations per hour (2.5 Hertz). Part of the movement can be seen through the sapphire caseback, along with the Vulcain V motif that gives the watch’s caseback a very 1950s look. Movement decoration includes nickel-plated components, blued screws and attractively skeletonized ratchet gears. 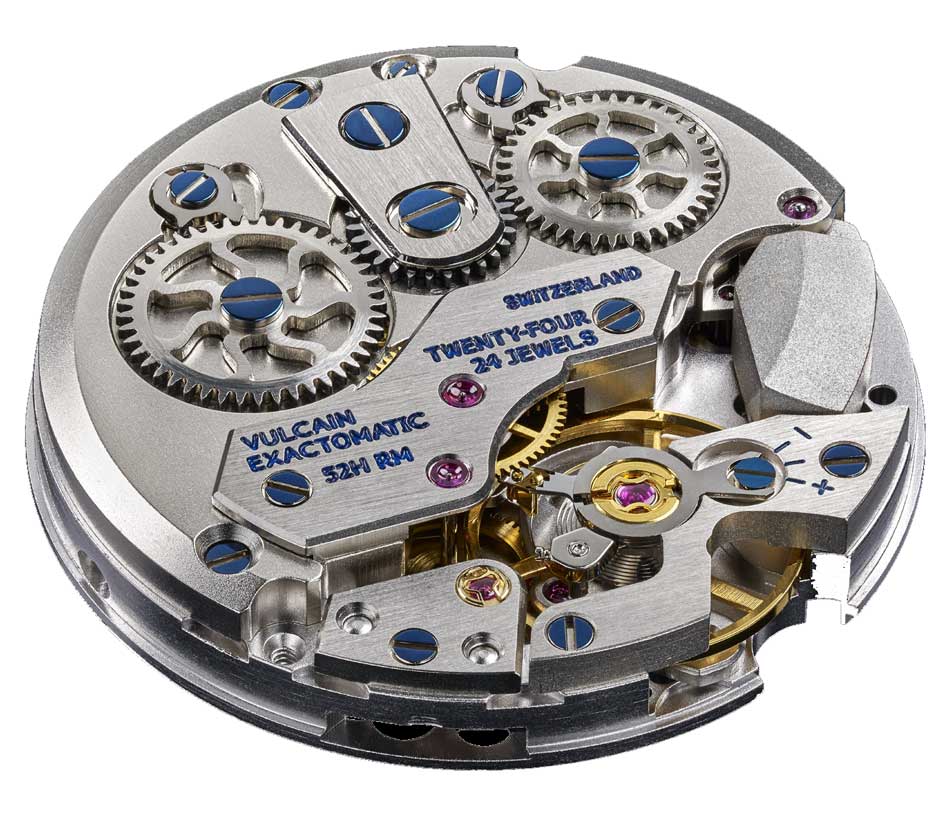 The watch is available in several versions, two with classic smooth dial, and two with clous-de-Paris texture in the central section of the dial and sunray brushing at the edge. The case is in 316L steel, 42 mm in diameter, 12.4 mm thick, with a 55 bar (50 metres, no showering or swimming) water resistance. This is good for a watch with an acoustic function. Many chiming watches are specified as being not water-resistant, because there are apertures to allow the sound to get out. Vulcain’s watch combines a sufficient degree of water resistance with an alarm volume which, though not excessively loud, is enough to wake you up. It continues for 20 seconds or until you press the pusher at 2 o’clock. The strap is in matt black or golden brown Louisiana alligator, with a steel pin buckle. An optional extra is a steel folding clasp. In the photo below, reference 400150G25.BAL100. 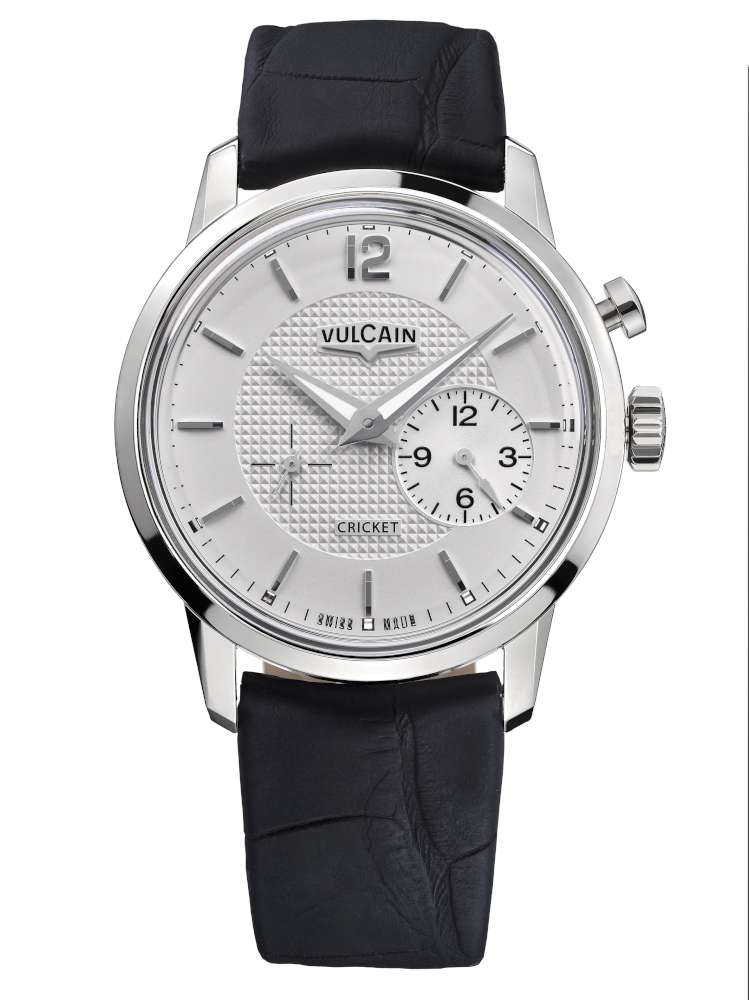 I personally like the idea of an alarm watch. However this piece has some limitations. The alarm subdial is a 12-hour dial and so you can only set the alarm within the next 12 hours. There is a single hand on the alarm subdial, and so you can’t set the alarm to the nearest minute. If you are lucky enough to live in a place where trains run on time, you can’t really use this watch to remind you that your stop is coming up. You have to take the watch off to set the alarm, and again to rewind it after it has gone off (manufacturers recommend only using the crown of a watch when it is off the wrist, to avoid undue stress on the crown stem). However Vulcain promise new developments in the future and so I’m sure that at least some of these aspects will be examined. In the photo below, reference 400150G85.BAL100. 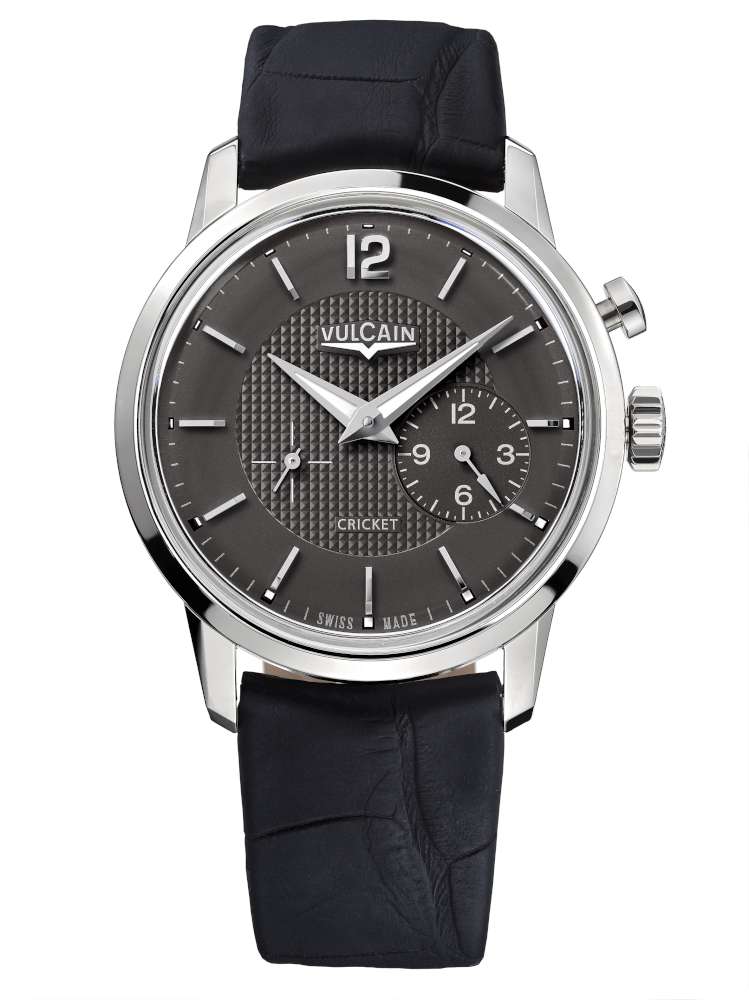 These 2016 versions of the Presidents’ Cricket cost 5,950 Swiss francs.