A few brands work on completely new depictions of time, and Manufacture Contemporaine du Temps are a member of this exclusive club. They make around 100 watches per year and so they’re all pretty special. The Sequential Two was presented at Baselworld in 2014, and this year, it has been introduced in two new limited editions, each 25 pieces. S210 Champagne has a lighter overall colour, with champagne dial background and blue minute hand. S210 Anthracite has a dark dial background and red minute hand. The central cross motif is now slightly curved, following the lines of the sapphire crystal. Another new feature of the S210 is the openworking of the bridges, visible through the caseback. 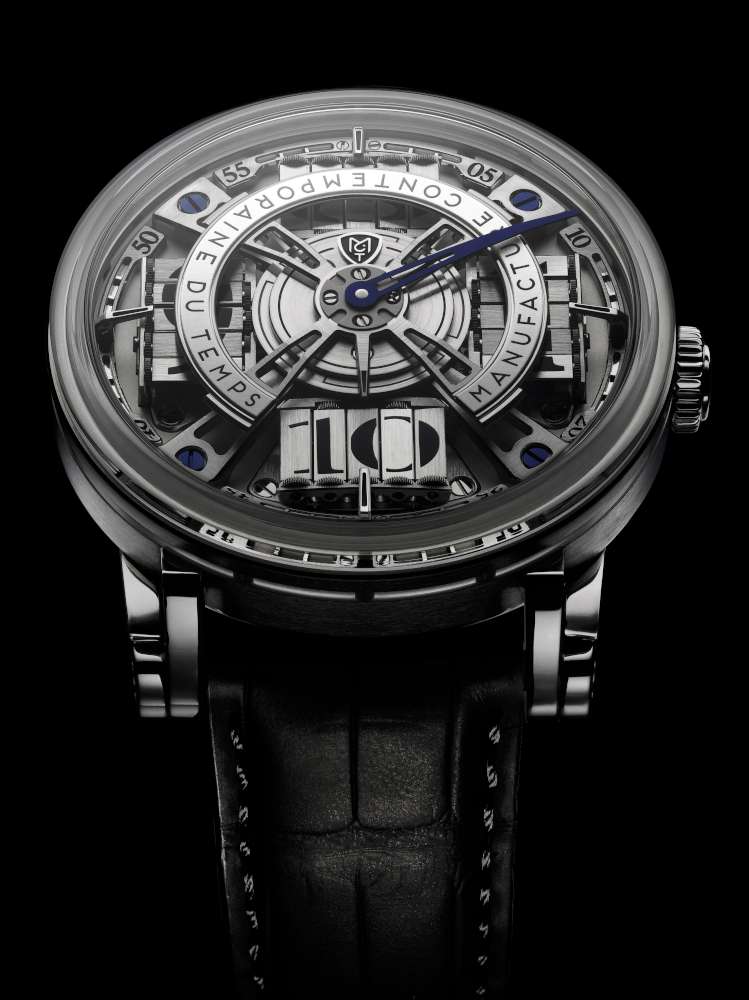 The other features of the watch remain substantially similar to the 2014 version. It is powered by the MCT-S2.0 movement, designed and built internally. An idea of its complexity can be gauged from its number of components, 654, about six times as many as a conventional watch movement. It also has 89 jewels. It is self-winding, with a gold micro-rotor, and a balance running at 2.5 Hertz, 18,000 vibrations per hour. It has a power reserve of 40 hours. The movement can be seen through the caseback, and it is embellished with Côtes de Genève and black DLC treatment. 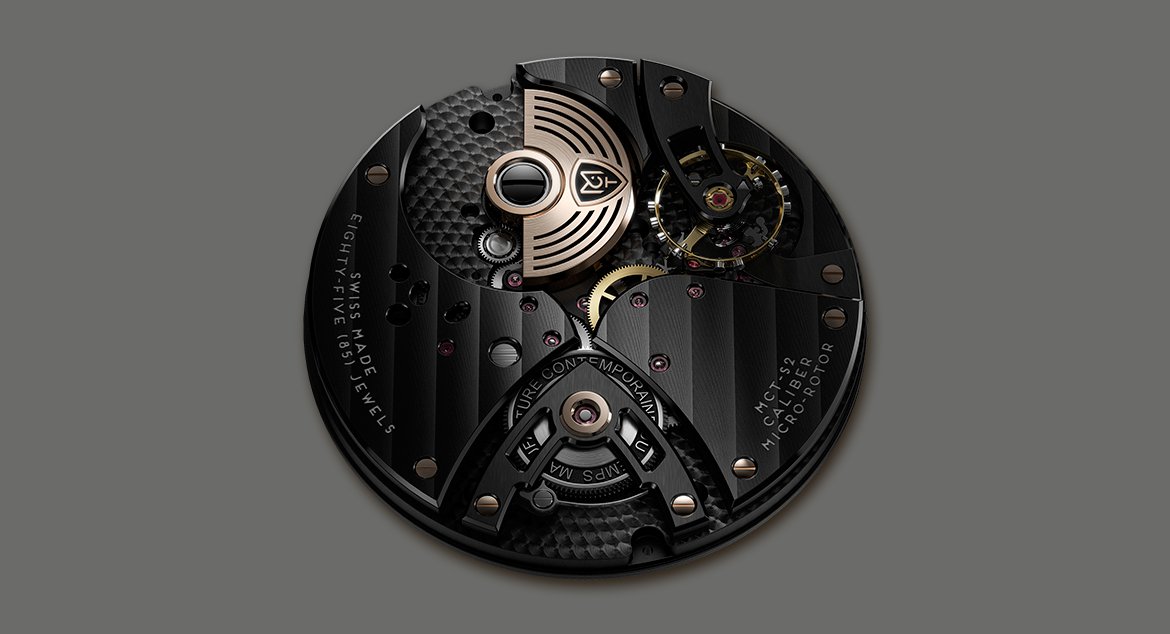 The hours are shown by means of four large numerals, created by means of five prisms whose rotation reveals three different numbers. The four blocks of prisms therefore are enough to show the twelve hours. At the change of each hour, the C-shaped central disc turns rapidly through 90 degrees anticlockwise, revealing the next block of prisms and hiding the other three. Minutes are shown at the edge of the dial, with a large, curving second hand.

The Sequential Two S210 has a 46.4 mm case in titanium, with DLC treatment. The sapphire glass rises vertically from the case for optimum visibility, and extra light is introduced by means of a case middle in sapphire. The watch is 15.1 mm thick. It has an alligator leather strap with hypoallergenic lining, hand stitched, with titanium triple folding clasp. Water resistance 30 metres. 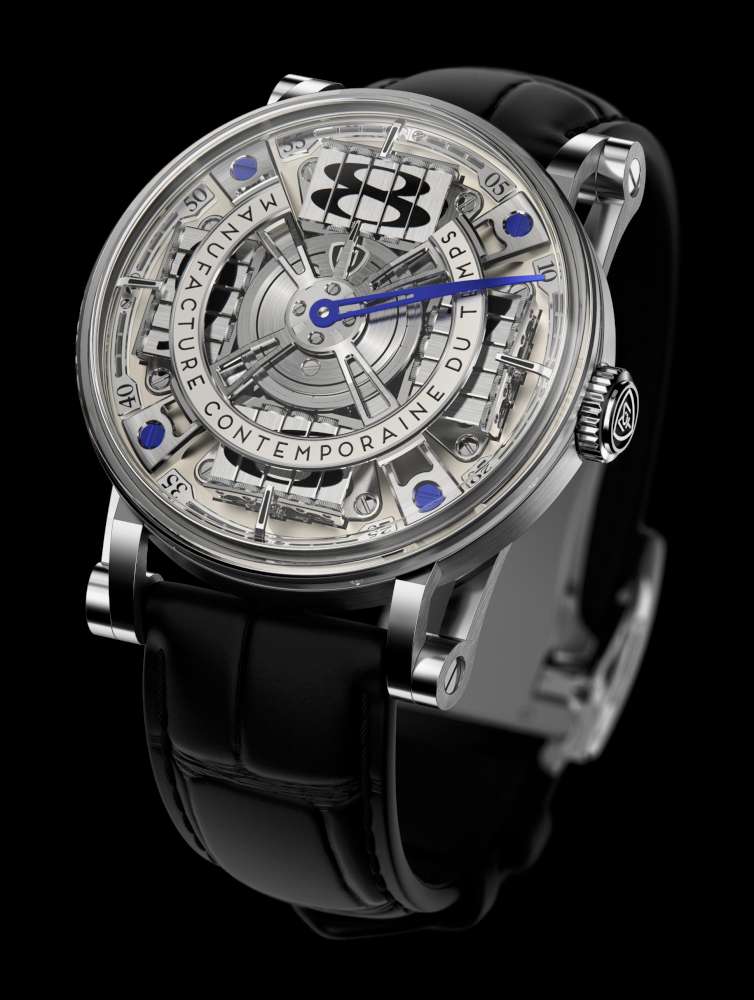 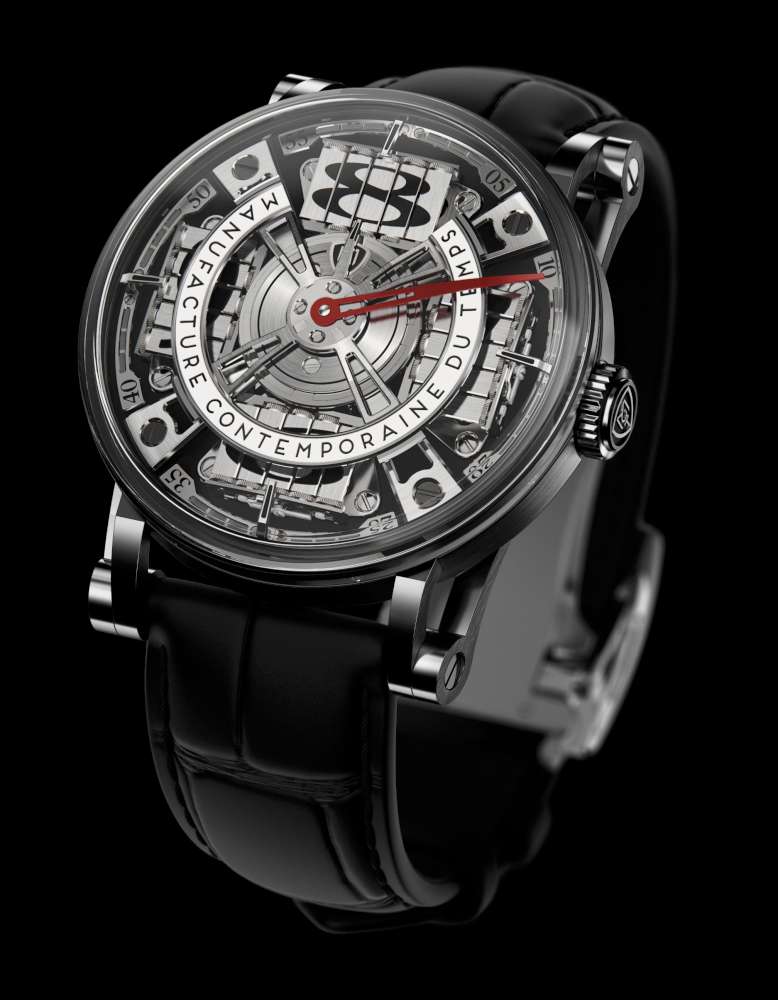