Peter-Carl Fabergé, son of the founder of the jewellery company that specialized in the fabulous eggs that won him fame and fortune with the Tsars of Russia, always looked for the finest masters in any craft. The maison continues this policy still today, with its watch movements entrusted to Jean-Marc Wiederrecht, founder of Geneva watch design company Agenhor.

The Fabergé Visionnaire DTZ (the abbreviation stands for Double Time Zone) is unusual for its system of displaying a second time zone, with a single 24-hour jumping numeral visible at the centre of the dial. The numbers, on a disc visible through the sapphire glass caseback, are very small, but they are magnified by an optical cone that magnifies and lights the numeral. It can only be seen from directly above.

The watch’s design is powerful and dramatic. There is none of the sumptuous decoration that is prominent in a lot of Fabergé’s jewellery and women’s watches. The watch has a narrow bezel, with hour and minute hands projecting from the central circular unit, which is domed, a bit like the tip of an egg. The oscillating weight, which powers the automatic movement, spins below the hour numerals and batons. The latter seem to be floating, carried by a sapphire disc. The fifteen-minute indicators and the hands have areas of luminescent coating. The lugs are interesting in construction, visually almost non-existent. The case is made in a combination of materials: one version is in titanium and rose gold, the other in black DLC-treated titanium and white gold. Both have an alligator strap with a folding clasp in the respective types of gold and titanium. The case is 43 mm in diameter, 14.2 mm thick, with the standard water resistance of 3 bar. 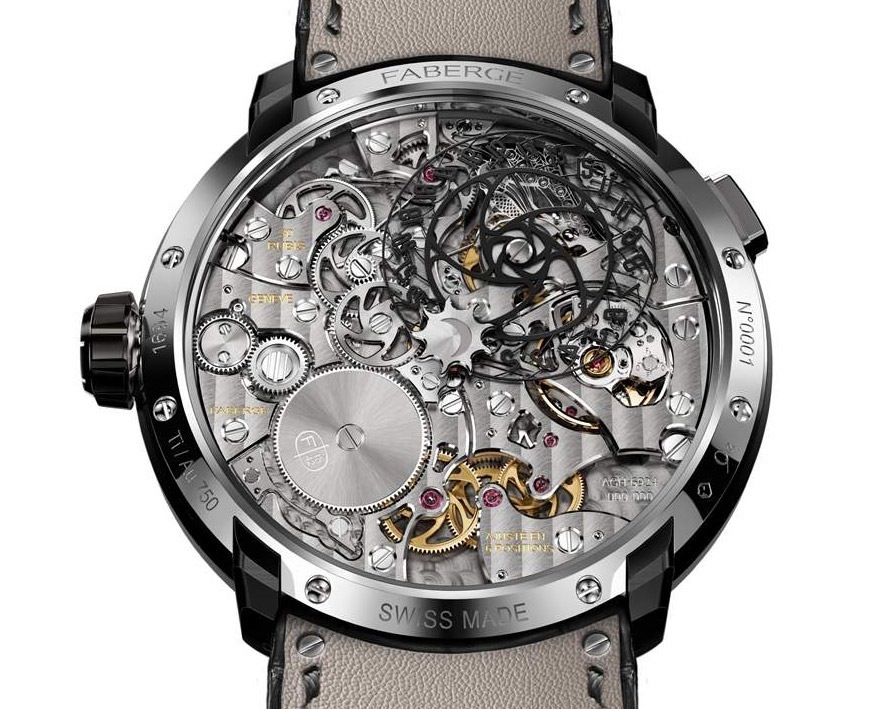 The Fabergé Visionnaire DTZ is powered by the AGH 6924 movement, unusual for two reasons. Firstly, it is an example of Agenhor’s patented movement concept in which there is a hole at the centre, right through. This enables complications to be mounted in the central hole instead of being added on top of the base movement. The advantage is that adding a complication doesn’t increase the thickness of the movement. Secondly, the oscillating weight has been transferred to the dial side, so that it doesn’t obscure the view of the movement through the sapphire caseback. The movement runs at 21,600 vibrations per hour, 3 Hertz, and has a power reserve of 50 hours. 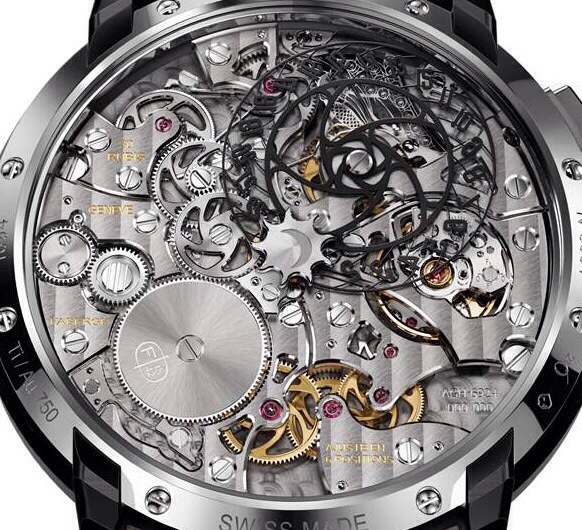 Fabergé was famous for the surprises and secrets included in their eggs for the Tsar, and something similar has been done for this watch. It includes a cam engraved with a wheatsheaf, and a lever shaped like a peacock. These details are almost invisible to the owner, because they lie directly below the numerals rotor. This is an unusual concept: a feature of the watch that you’ll never get to see with total clarity, unless you’re a watchmaker. In the photo above, you can see the dark-coloured numerals ring, and the pocket-watch-type bridges that ensure robust construction and long movement life.

In the photo below, the white gold and black titanium version.

Price of the Fabergé Visionnaire DTZ 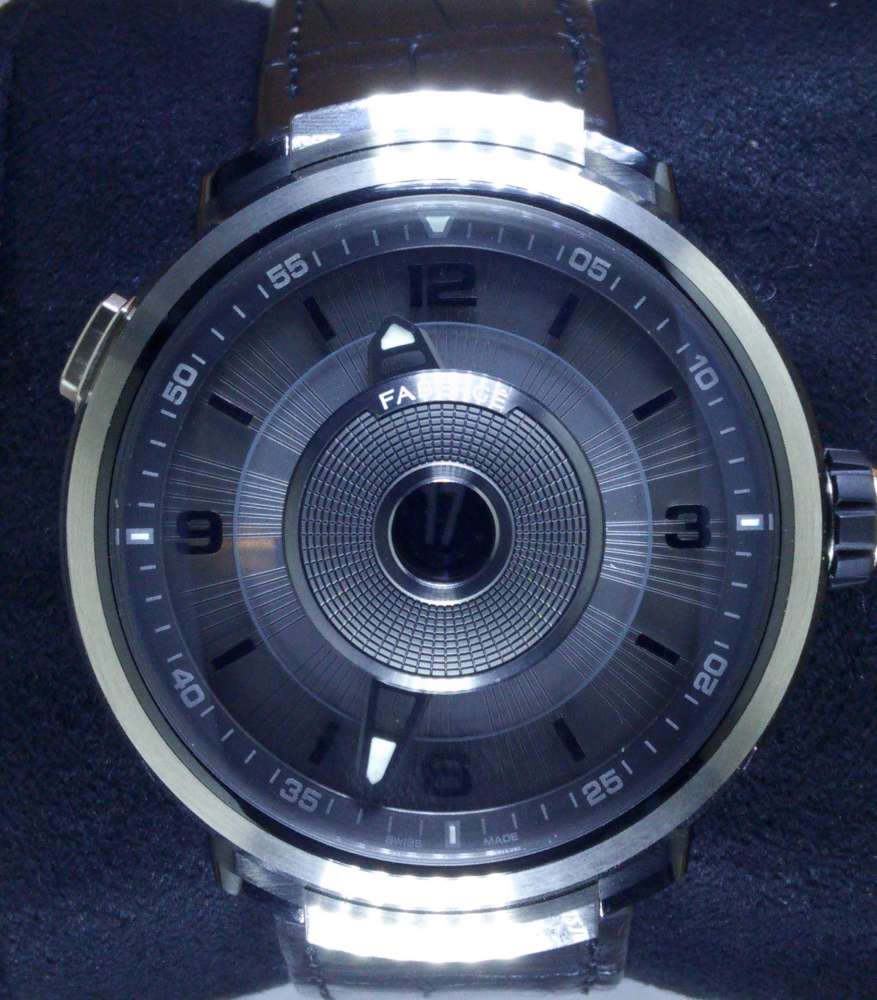