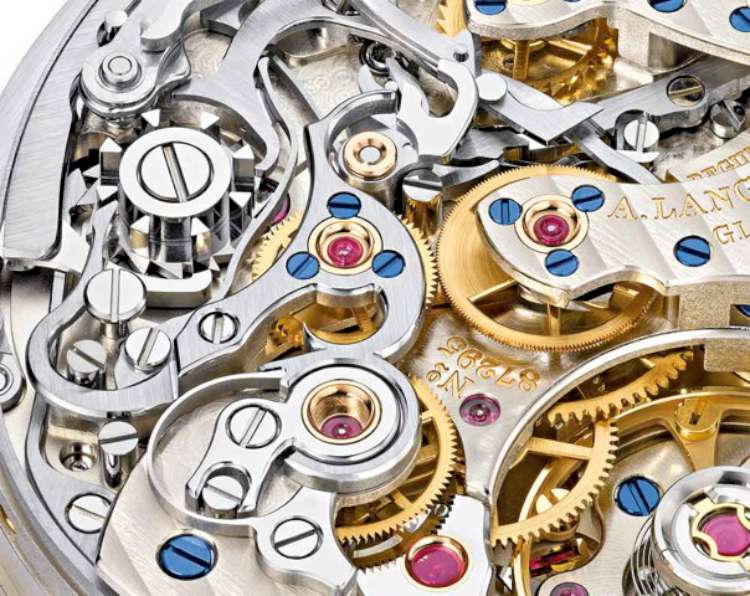 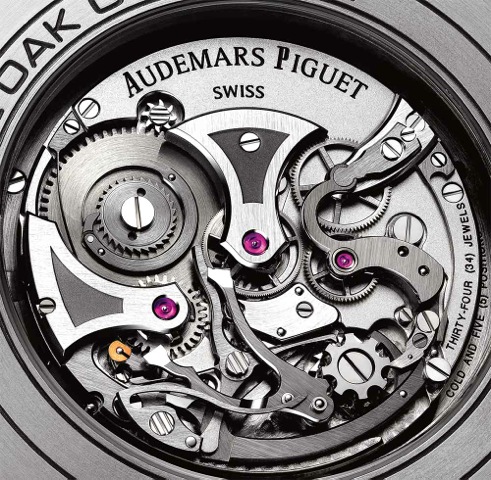 In the detail below, you can see the fourth wheel at top right, which drives the continuous seconds, and which meshes with the intermediate gear below. When the start pusher of the chronograph is pressed, the dark semicircular bridge swings fractionally left so that the teeth of the intermediate gear mesh with the very fine teeth of the chronograph seconds gear on the left. The column wheel is at bottom right. 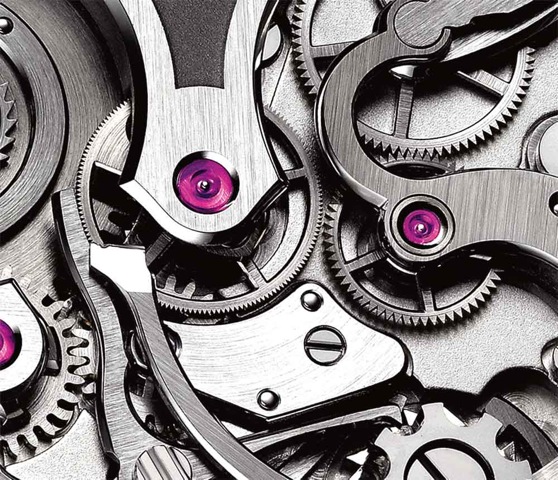 There is another downside to the horizontal clutch: the fine teeth of the chronograph seconds gear are not a perfect match to the teeth of the intermediate wheel, and so the system absorbs more energy than a normal gear train. As a result, when the chronograph is running the amplitude of the balance wheel’s swings decreases by as much as 30°, and this can cause a change in the precision of the watch. So it’s not the sort of chronograph you want to leave operating indefinitely, partly because the system is more subject to wear. The horizontal clutch has a visual advantage: the mechanism can be displayed through the caseback, or on the dial side as in the Louis Moinet Memoris. You see everything that is going on. 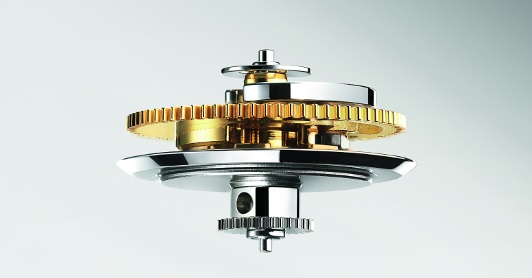 There are several advantages with respect to the horizontal clutch. There is virtually no extra energy absorption when the chronoograph is running, and in some watches of this type, the balance wheel amplitude actually increases slightly. So, no detrimental effect on power reserve. There are no problems with extra wear. So you can leave the chronograph running all the time. This is useful in chronographs like the Piaget Polo S which doesn’t have a continuous seconds hand. In chronographs with a combined hour and minute totalizer, such as the IWC Pilot’s Watch Chronograph Top Gun the chronograph can be started at an appropriate time and left running to provide a second time zone.

The disadvantages of the vertical clutch are that it is more demanding to make, so it’s more expensive; it’s harder to perform maintenance; and the mechanism is pretty much invisible when seen through the caseback. As it consists of a series of discs stacked in the vertical plane, it is possibly more difficult to incorporate into an ultra-thin movement. Below, part of the Patek Philippe CH 28-520 HU movement with vertical clutch, used in the World Time Chronograph Ref. 5930. 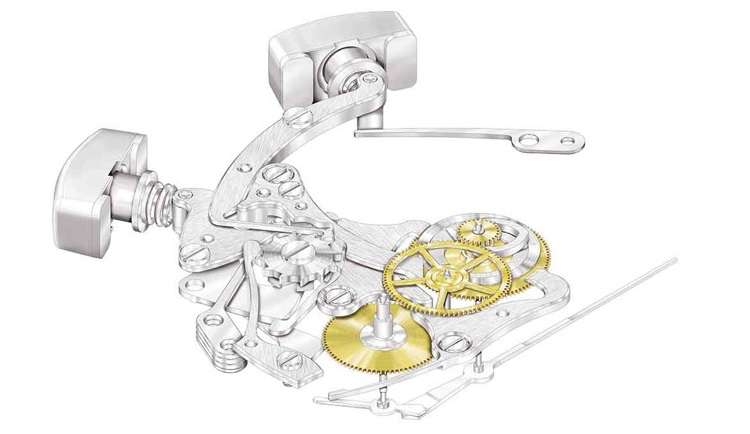