Baume & Mercier have been working with Carroll Shelby’s sports car enterprise since 2015. The two limited-edition Capeland Shelby Cobra 1963 watches celebrate one of the Shelby Cobra models, the CSX2128 built for the 1963 12 Hours of Sebring race. The car was immediately recognizable for its yellow stripes, and it won an impressive number of victories in the USA and Europe in 1963 and ’64. 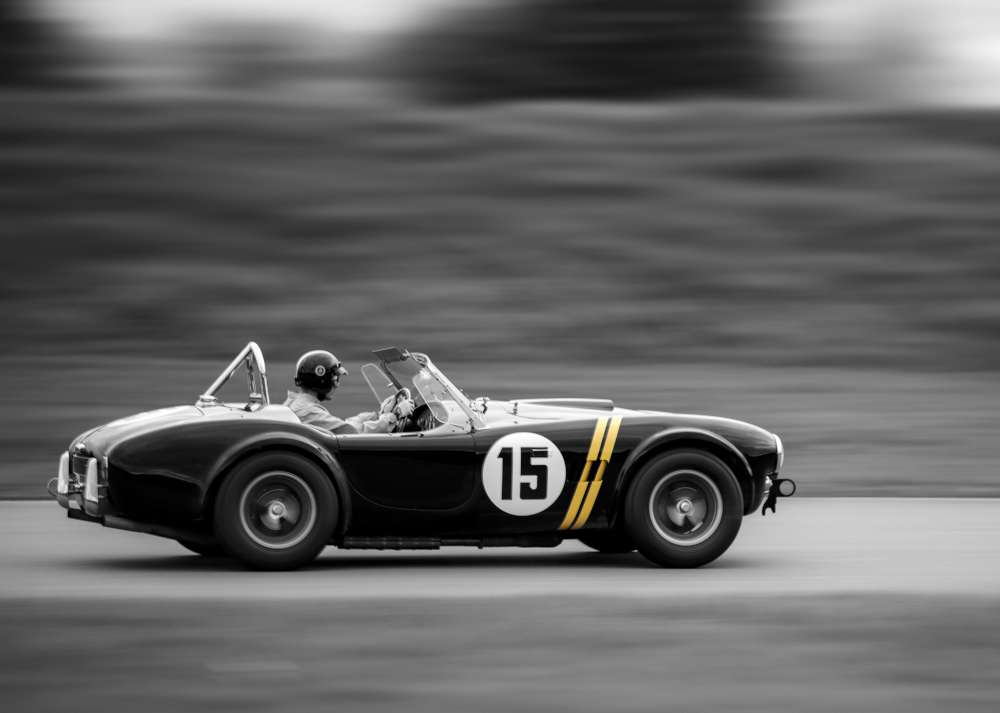 Shelby American is currently building a limited edition of fifteen Cobra racing cars, replicas of this historic model. “In 1963, Shelby American raced the Cobra head-to-head against the seemingly invincible sports cars from Ferrari, Aston Martin and Jaguar,” said Neil Cummings, Co-CEO of Carroll Shelby International. “Sebring was the first official FIA race for the Cobra, which sparked a battle with Ferrari that became very personal over the years. News stories were filled with photographs of Dan Gurney piloting a black Cobra wearing a pair of shocking yellow stripes, as he hammered past other cars. That race put the world on notice that this bunch of hot rodders had the competitive spirit necessary to win a world championship.” 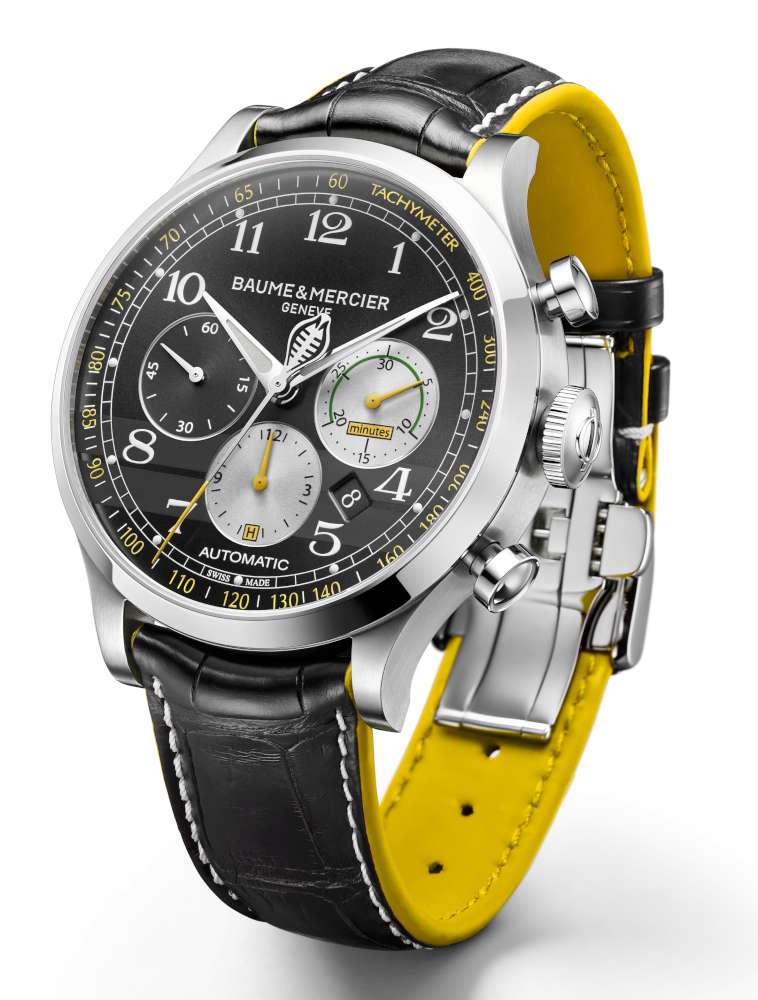 The watch celebrates all this, with its yellow highlights, caseback engraved with the name of the collection, and the phrase “one out of 1963” in reference to the number of limited-edition pieces which corresponds to the year of the Cobra’s first victory in America. The car’s race number, 15, appears at the centre of the sapphire caseback. 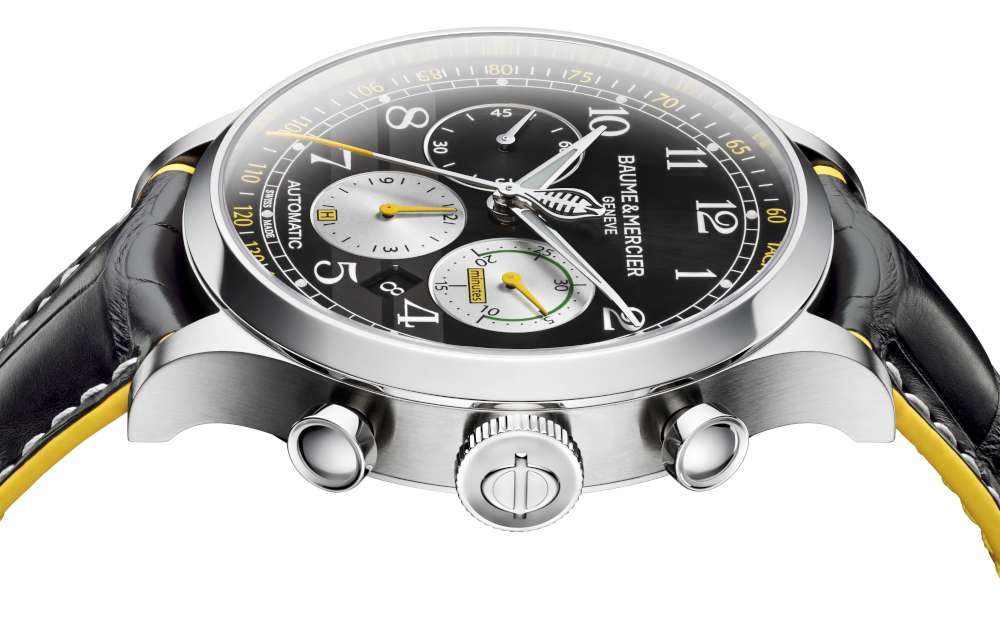 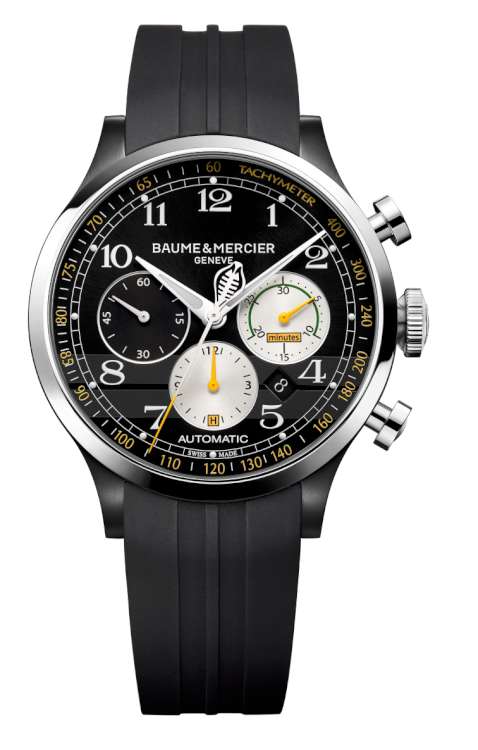 The dial is very clear in its layout, with the two chronograph counters reflecting car dashboard instruments. They are distinguished from the time functions by their yellow hands, and the chronograph seconds hand also has a yellow tip. It has an intriguing cobra counterweight as well. All in all it’s good looking, except for the date window at 4.30 crammed in between numerals and subdials, and the word “automatic” at the bottom. In my opinion the dial would have benefited from the omission of both these elements. The hour and minute hands are based on the Cobra car’s steering wheel, and they are coated with green-emission SuperLuminova.

Two subtle grey stripes at the base of the dial recall the car’s distinctive yellow stripes. There is a nice story connected to these. Carroll Shelby began his career as a chicken farmer, and raced in his spare time, and he once wore his striped work overalls to a race just because he didn’t have time to get changed. He won the race, and his odd attire made the papers. 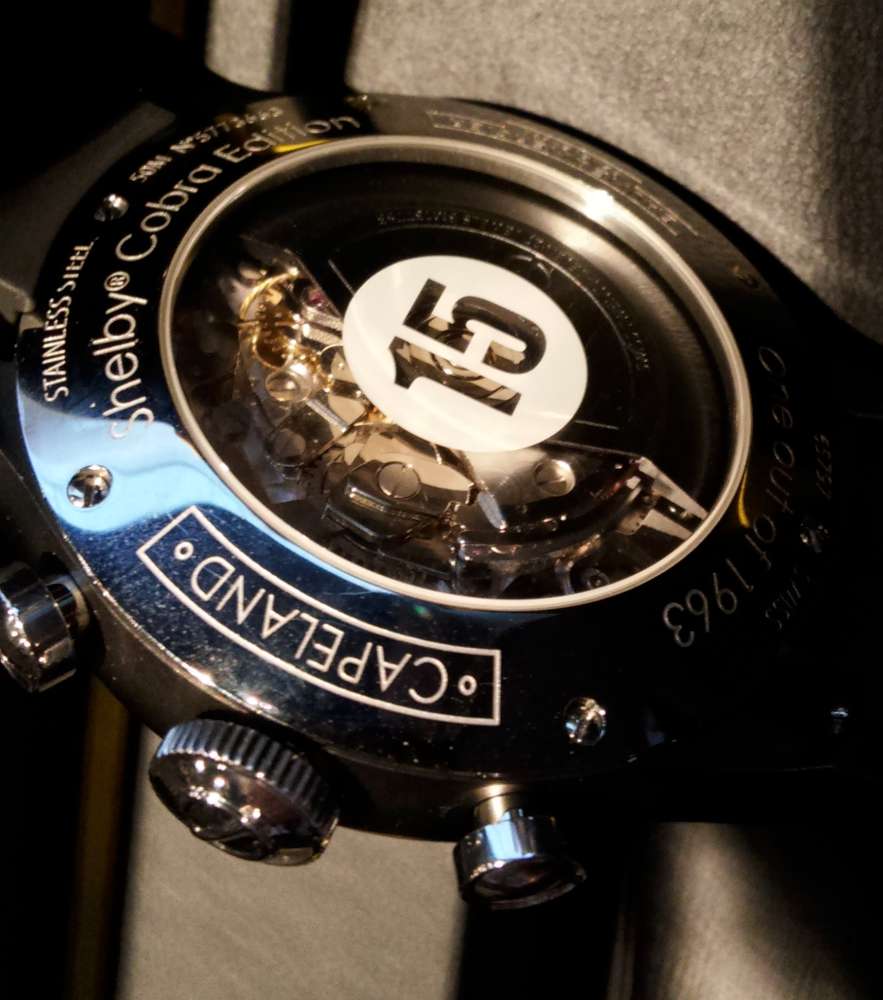 The movement is the Valjoux 7753 by ETA, with a black PVD oscillating weight with Côtes de Genève decoration. It has 25 jewels, runs at 4 Hertz, and has a power reserve of 48 hours. The 7753 is a variant of the 7750, and it has been in production since 2002. The only major differences with respect to the 7750 are in the positions of the subdials, with minutes counter at 3 o’clock instead of 12, and a pusher at 10 o’clock for changing the date. On the Capeland Shelby Cobra, this pusher takes the form of a small button on the caseband. 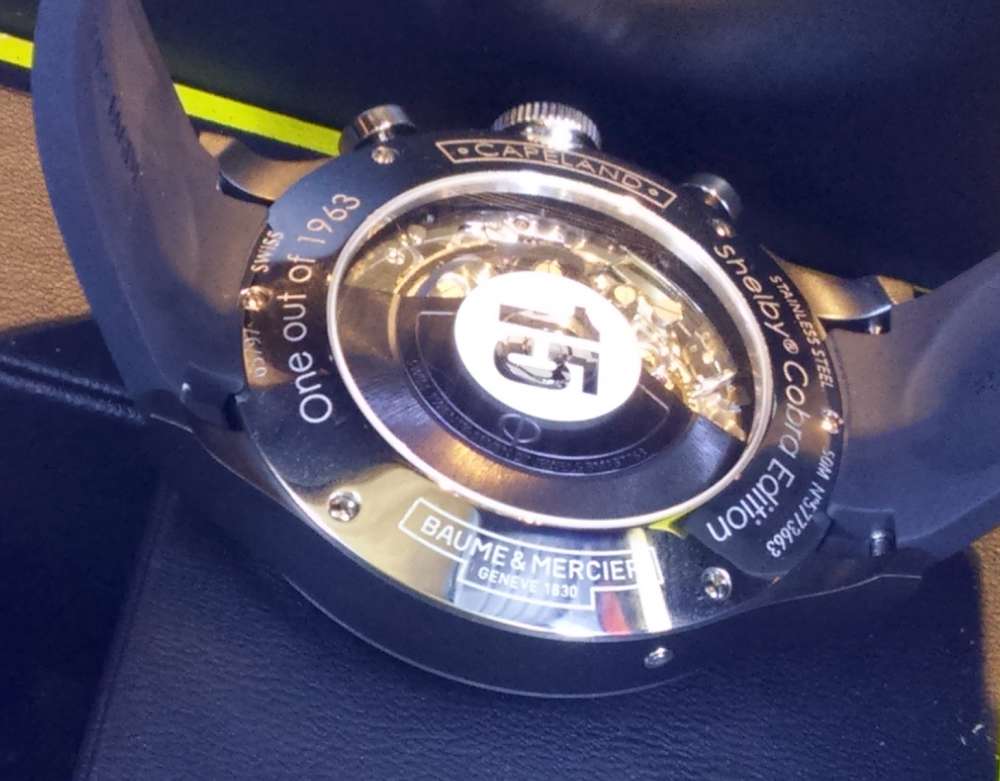 Baume & Mercier Capeland Shelby Cobra 1963 caseback, with the small pusher on the caseband for changing the date