The Reverso Tribute Gyrotourbillon by Jaeger-LeCoultre is an object of extraordinary beauty. Even though at 51.1 mm by 31 mm it’s a large piece, it is slim at 12.4 mm thickness. The contrast between the simple Art Deco lines of the platinum case and the complexity of the movement and its decoration makes the watch a tribute to traditional watchmaking. Its name could have been Gyrotourbillon 4, but the number 4 is not good for the Chinese market, and so it became simply the Tribute, part of the 85th Reverso anniversary celebrations. Gyrotourbillon 2 was also a Reverso. 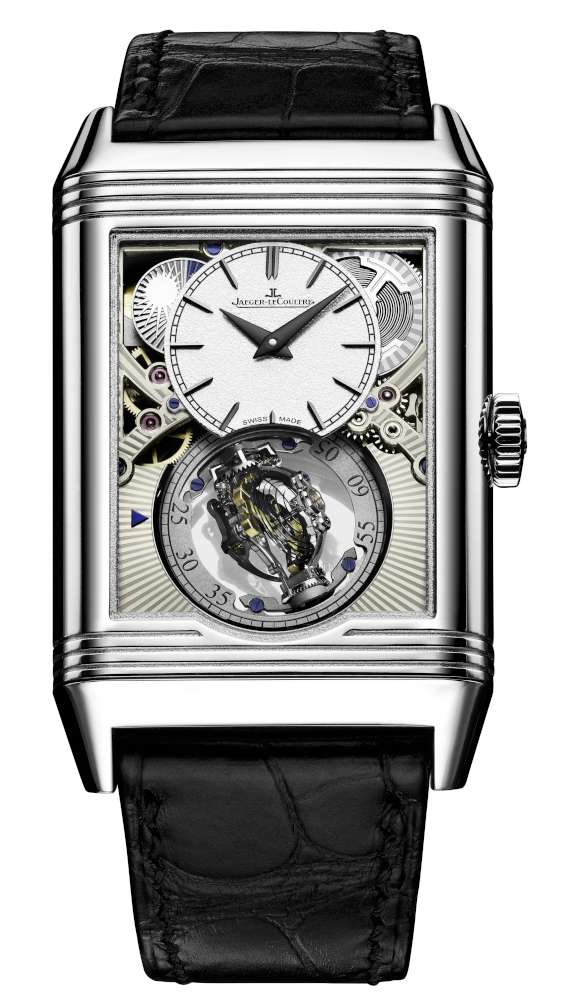 The gyrotourbillon itself is an incredible piece of engineering, designed by Eric Coudray and first introduced in 2008, in which the usually flat shapes of the tourbillon balance spring and cage are transformed into spherical geometry. The result is a pulsating, rotating assembly that evokes the beating of a heart. The hemispherical balance spring has a functional relevance: its history runs back to John Arnold’s cylindrical balance spring invented in 1782, designed to improve isochronicity. 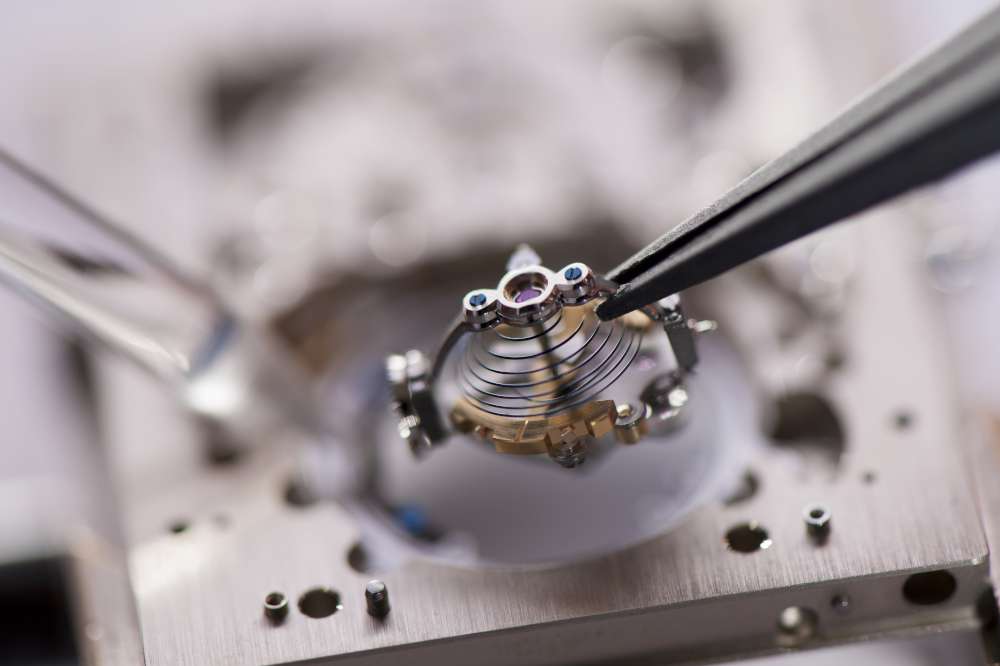 Part of the manually-wound Calibre 179, this gyrotourbillon has a lot of new features, with two carriages, one revolving in one minute, and the internal carriage rotating in 12.6 seconds. The balance, usually circular, is reduced to a double anchor shape that recalls the Jaeger-LeCoultre logo. It runs at 21,600 vibrations per hour, 3 Hertz. The video provides an idea of the gyrotourbillon’s hypnotic fascination. 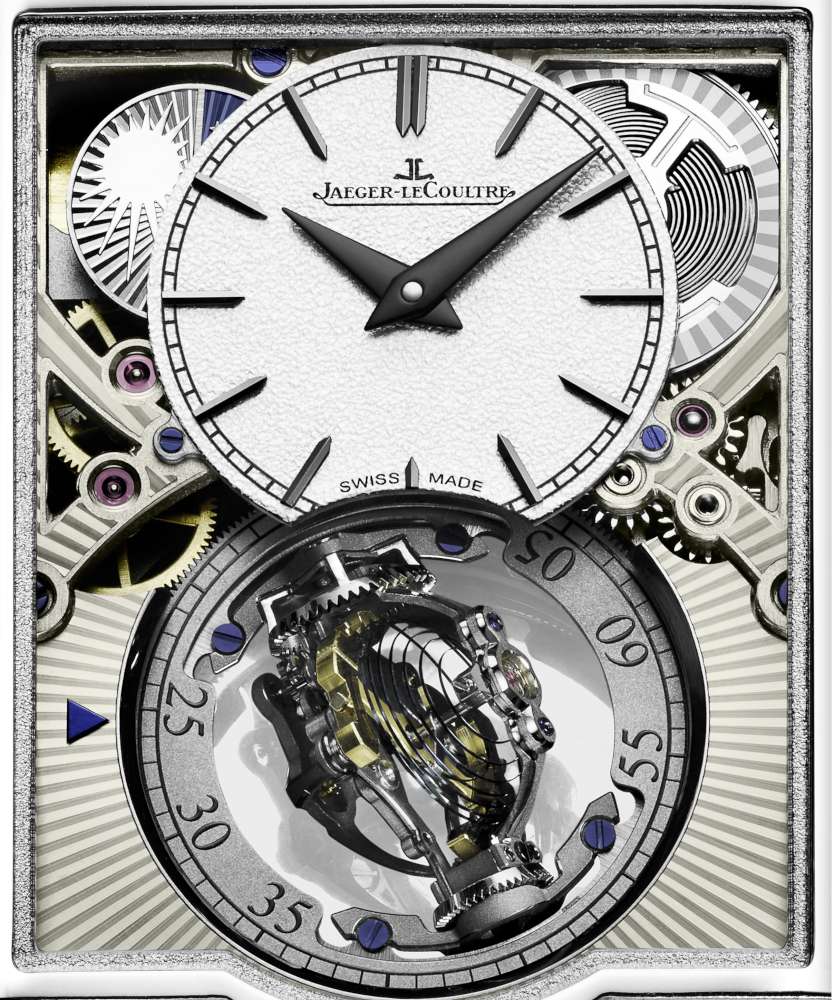 On the front of the watch, the grained white dial at the top is accompanied by a day/night display on the left, and the mainspring on the right. Below, on the left you can see the wheel driving the seconds disc, read off against a blue triangle. This “exterior traction” is a departure with respect to the traditional tourbillon bridge, and allows a better view of the spherical cage. The sunburst guilloché frame around the gyrotourbillon is repeated on the inner surface of the cradle, except for a circular area with mirror finish that improves visibility. 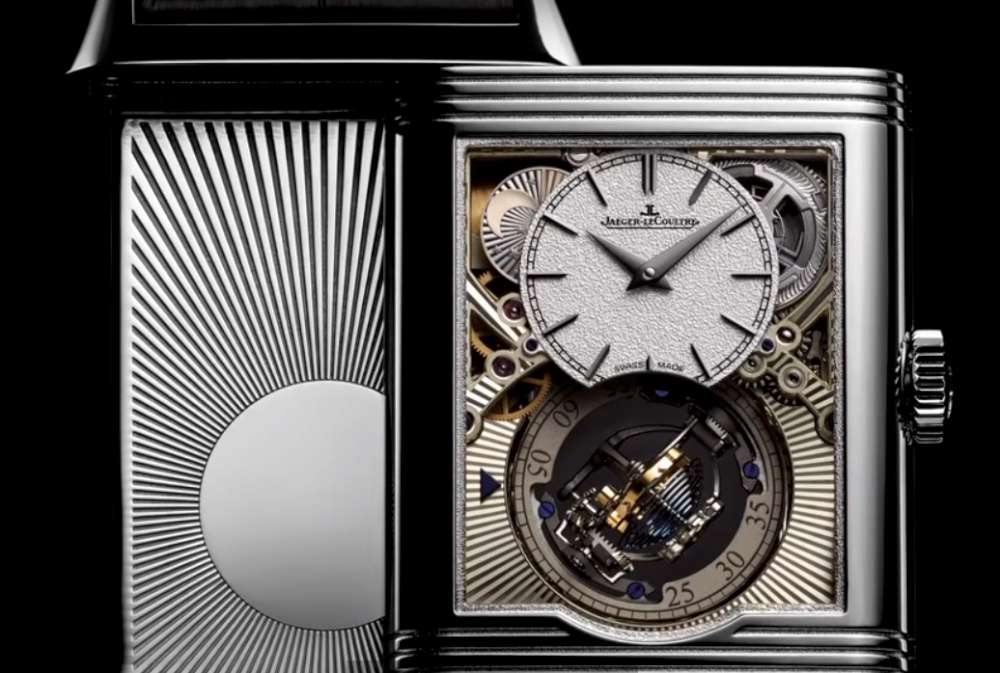 The other face provides a completely different view, with beautifully decorated skeletonized bridges, and a dial that functions as a second time zone. The 24-hour day/night indicator is on the right. Some of the movement’s 385 components can be seen, and the mainspring at the top left, with an unusually-shaped skeleton barrel structure. There are in fact two mainspring barrels, probably to further improve precision over the duration of the 40-hour power reserve. 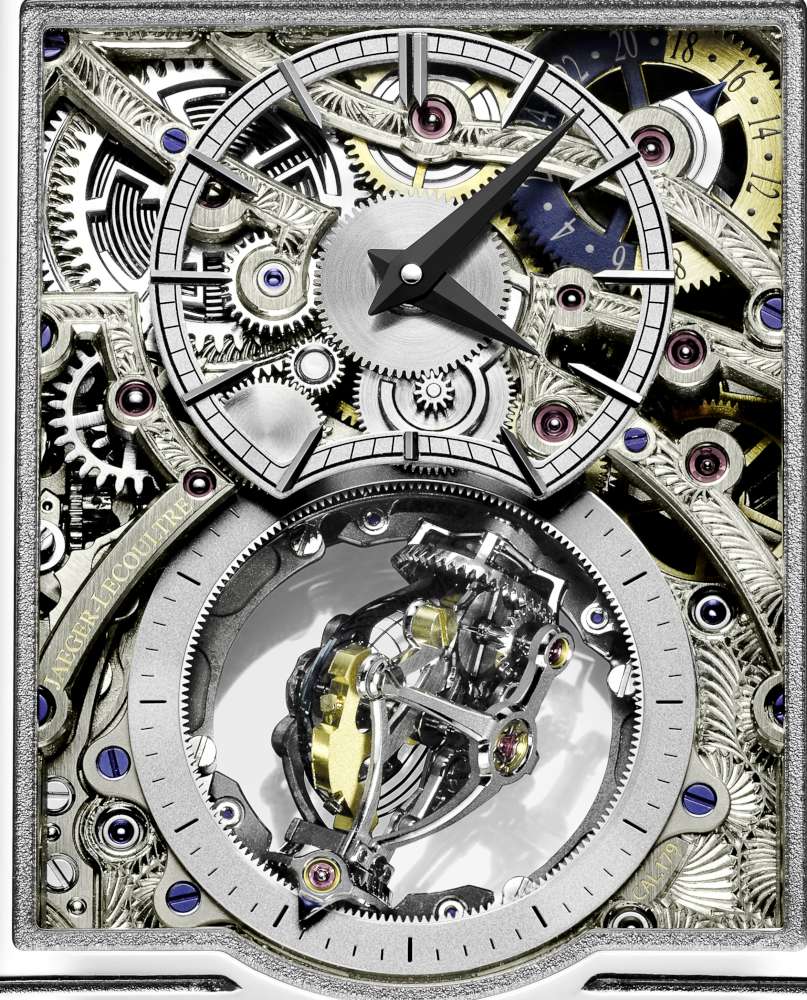 The Jaeger-LeCoultre Reverso Tribute Gyrotourbillon, reference 3946420, costs €270,000 plus VAT. It is a limited edition of 70 pieces. 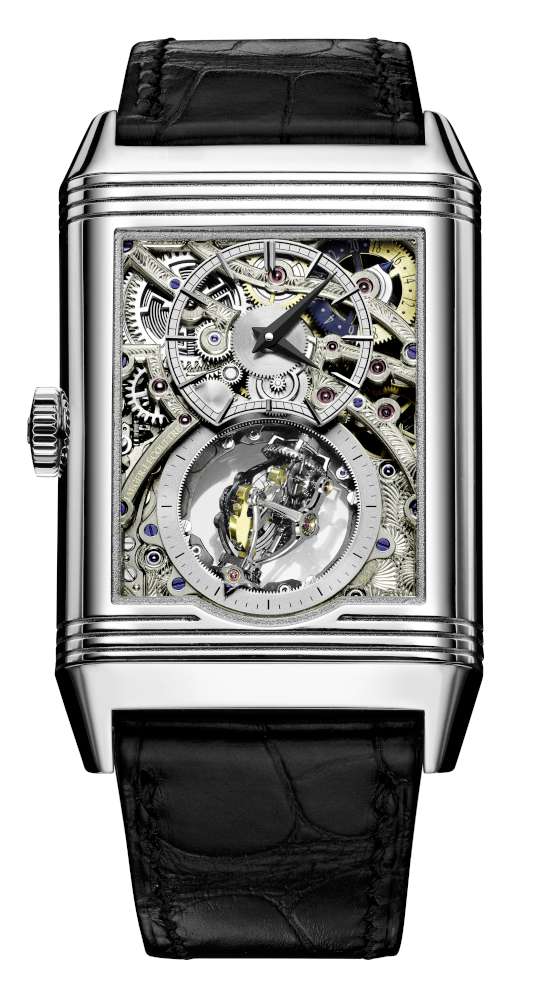