If you like classical watches, the Seiko Presage Chronograph SRQ019J1 is an amazing find. A grand feu (kiln-fired) enamel dial, beautiful dial markings, absolute clarity and legibility, crocodile strap… But the best part is inside, with a movement designed and built by Seiko, with column-wheel chronograph control, and a vertical clutch. The most prestigious type of chronograph mechanism, for €2,500, 2,800 Swiss francs. Remarkable, particularly considering that it’s a 1,000-piece limited edition. It’s available from Seiko retailers worldwide from September 2016. 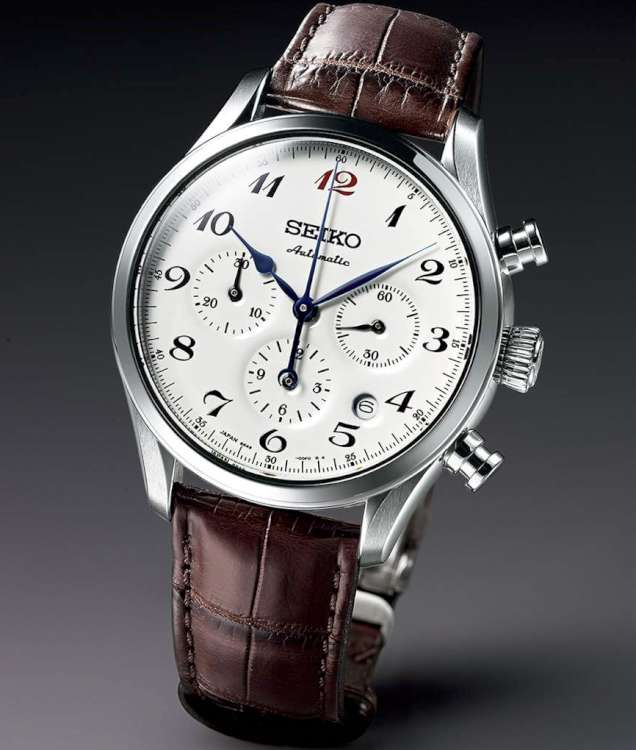 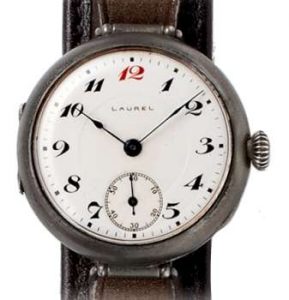 It’s an anniversary piece, celebrating 60 years from Seiko’s first automatic watch. Its appearance is based on Seiko’s 1913 Laurel, the brand’s first wristwatch. It’s the enamel that sets the scene, a flat bed of perfect white that nonetheless curves gently to create the subdials and the date window. It’s a voluptuous set of complex curves. The enamelling is performed traditionally under the supervision of master craftsman Mitsuru Yokozawa. It will retain its wonderful shade of white for as long as the Laurel itself has done.

The Arabic numbers are beautiful, with a note of colour provided by the red 12. The subdials show 30 chronograph minutes, 12 chronograph hours, and continuous seconds. The hands are graceful and the different shapes add extra interest. The counterweight of the chronograph seconds hand exactly frames the pivot of the lower subdial, a touch that adds a sense of design neatness. 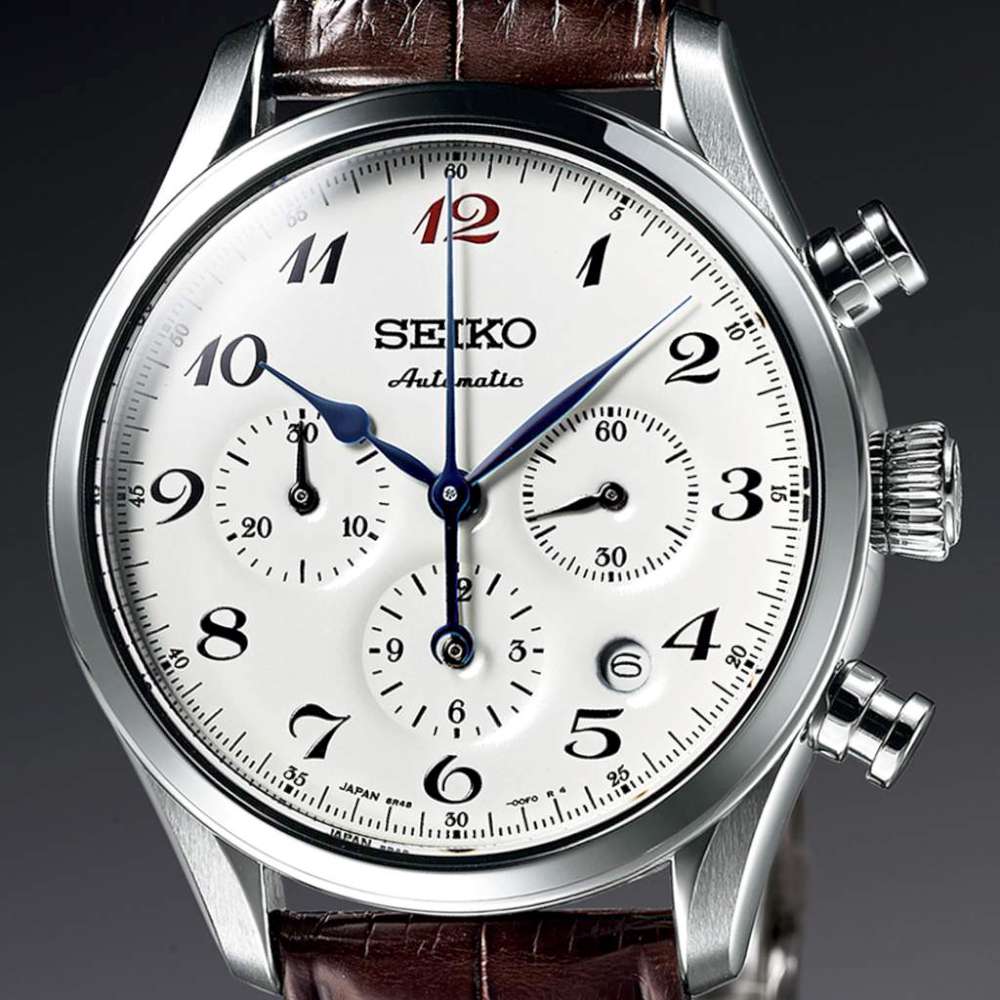 The case is 42 mm in diameter, 15.2 mm thick, in stainless steel, with a 10 bar/100 metre water resistance rating. It has a crocodile strap. Inside, the 8R48 chronograph movement has a formidable armament of Seiko’s proprietary technology, such as the Diashock system protecting the balance pivot from shock, the “Magic Lever” that increases the rotor’s winding efficiency, the three-pointed hammer for instant chronograph reset, and the Spron alloy used for balance spring and mainspring. You don’t see much of the movement through the sapphire caseback, just the gold oscillating weight, and the steel bridges. The column wheel and the chronograph levers are on the dial side of the movement. 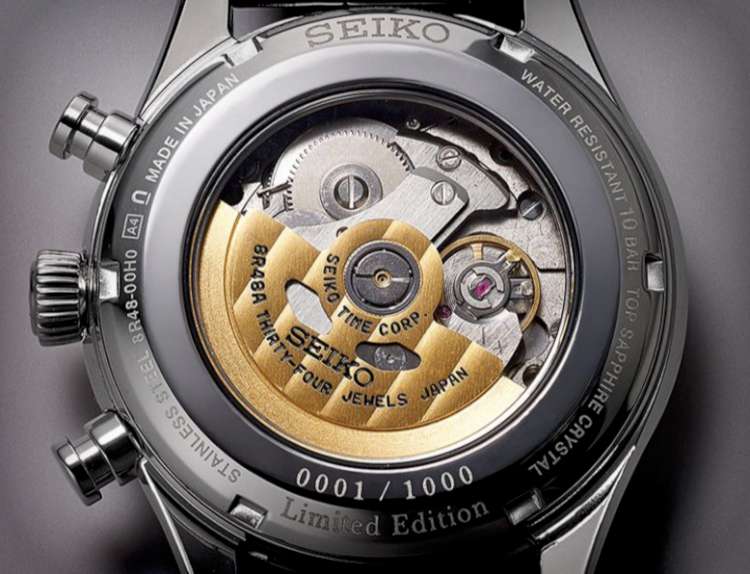 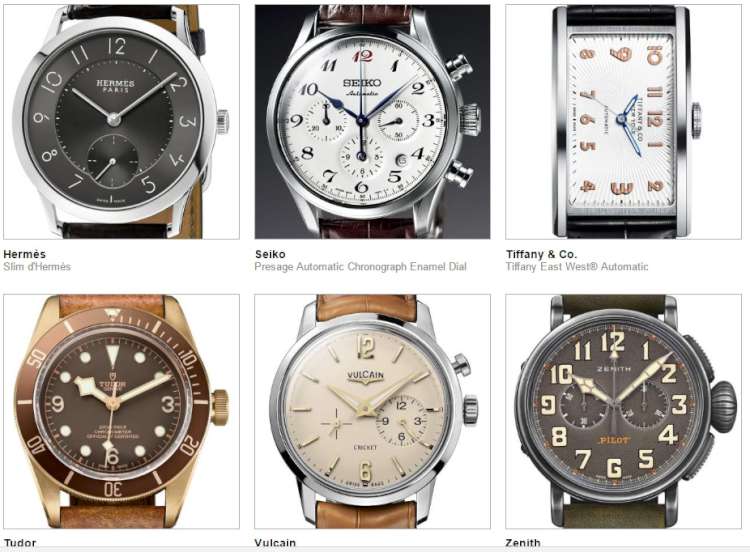 Watches in the Petite Aiguille category of the GPHG competition, image from the GPHG website

The Seiko Presage Chronograph is also available in a version with black dial and silver printed numerals. This dial is made using another traditional technique, Urushi lacquer, applied by hand using natural Urushi lacquer, each layer patiently polished before applying the next. The price of this version, SRQ021J1, is €2,800. Like the white enamel version, this is a limited edition of 1,000. More information from the Seiko Presage website. 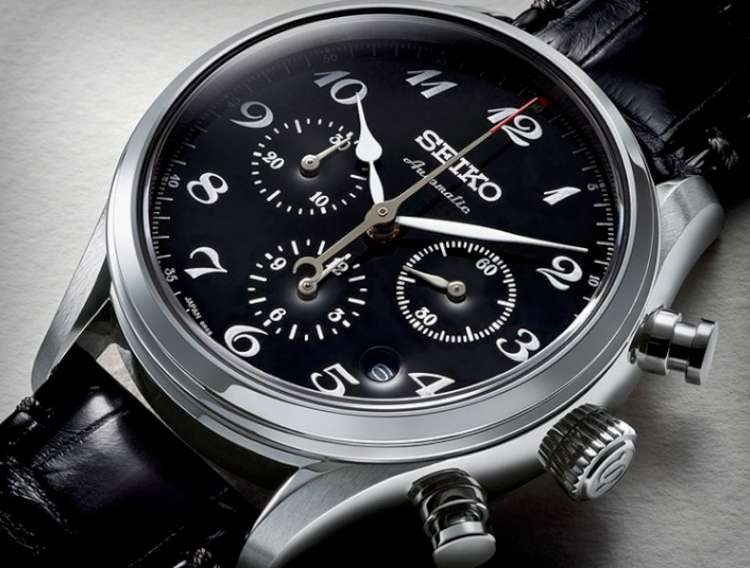