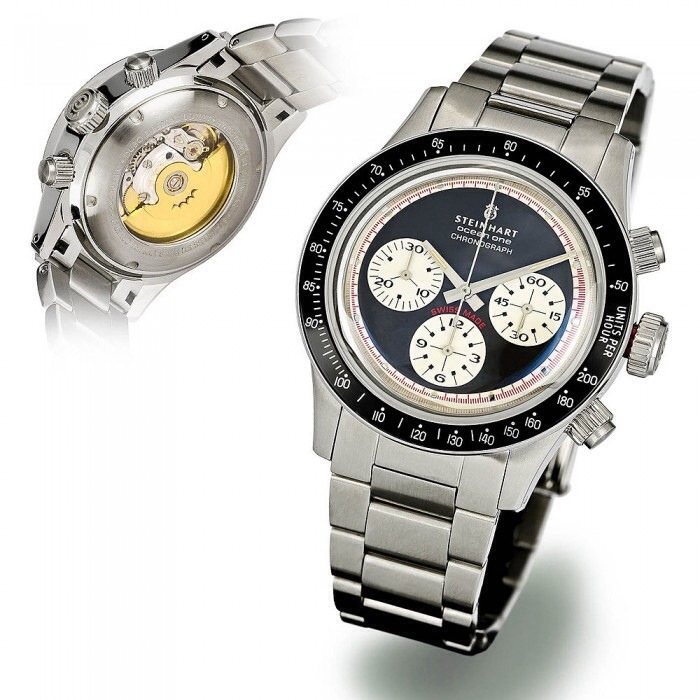 Looks familiar? The Steinhart Ocean One Vintage Chronograph rings a bell, because it is a sort of tribute to the Rolex Cosmograph Daytona Reference 6239, in the version that became known as the Paul Newman Daytona, because the actor wore one and was apparently depicted one day wearing his watch on the cover of an Italian magazine, projecting the model from a not-very-popular item to a collector’s dream. 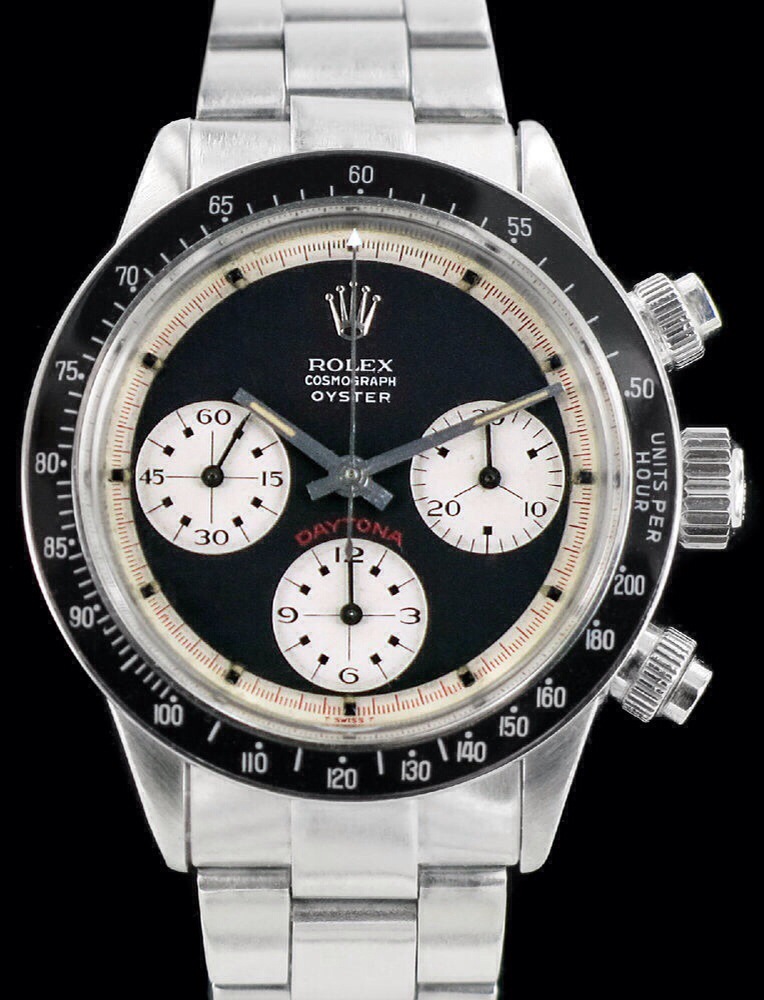 Steinhart’s watch takes a lot of features from the Daytona. Where the original says “Rolex Cosmograph” just under the logo, the Steinhart has its own brand logo, and then “Ocean One Chronograph.” The curving red lettering “Daytona” on the Rolex watch, above the 12-hour chronograph subdial, becomes “Swiss made” on the Steinhart. The design of the subdials, with the stylized numerals and the little black dots on the inner terminals of the principal scale divisions, makes the resemblance rock-solid. 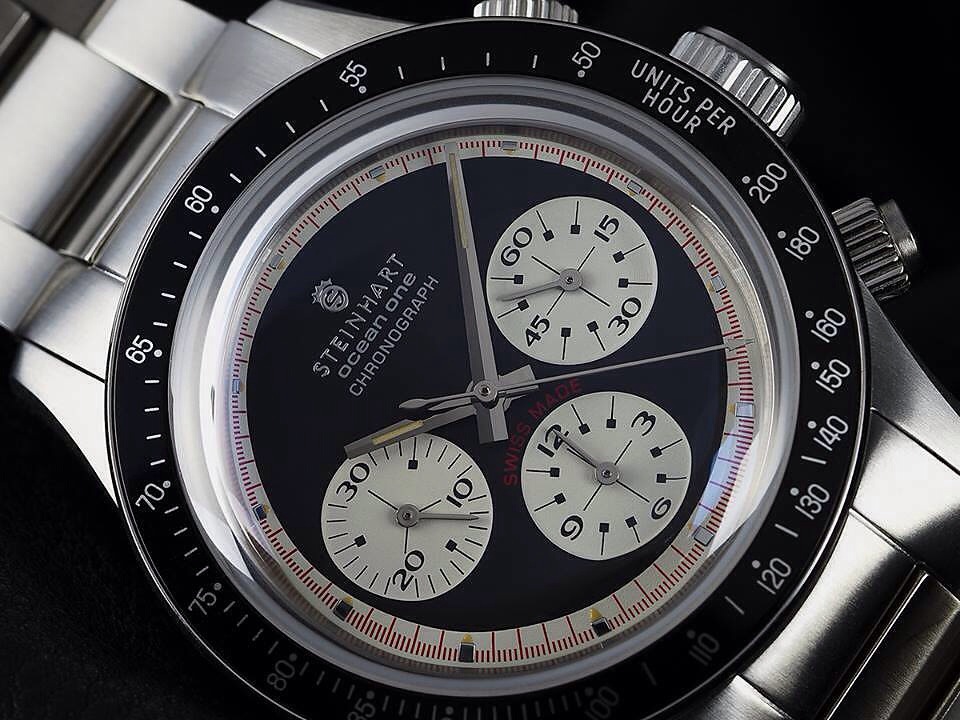 So, it’s a tribute, or an unauthorized pastiche, difficult to say how to describe its identity. It’s very large, 42 mm in diameter, a whopping 18 mm thick, weighing 123 grams. This can be compared to the Rolex 6239, 37 mm in diameter and 14 mm thick. The stainless steel case has a bezel with aluminium inlay for the tachymeter scale. The crown is large, with a red accent on the stem. It is similar in shape to that of the Rolex 6239, and screw-down, like the caseback and chronograph pushers. As a result, the watch’s water resistance is 10 bar, 100 metres. It could be used for light surface swimming, as long as crown and pushers are kept screwed down – so you can’t use the chronograph underwater. 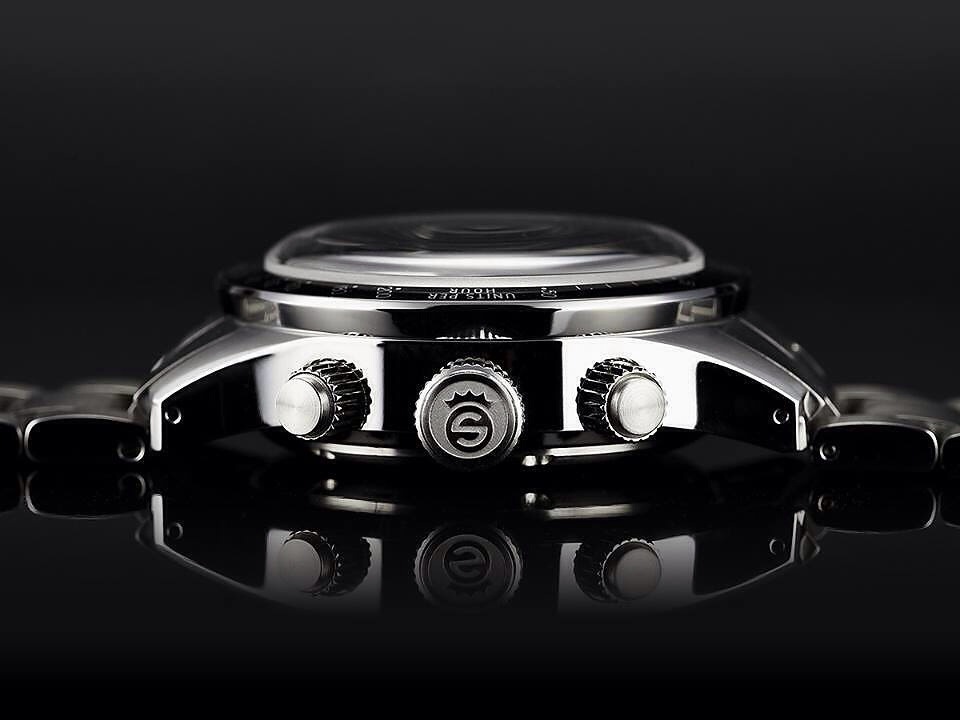 The hands have narrow areas coated with “old radium” vintage-colour SuperLuminova, and this luminescent paint is also applied to the hour markers. The result doesn’t look all that legible in low light conditions, but it is close to the original Rolex inspiration. 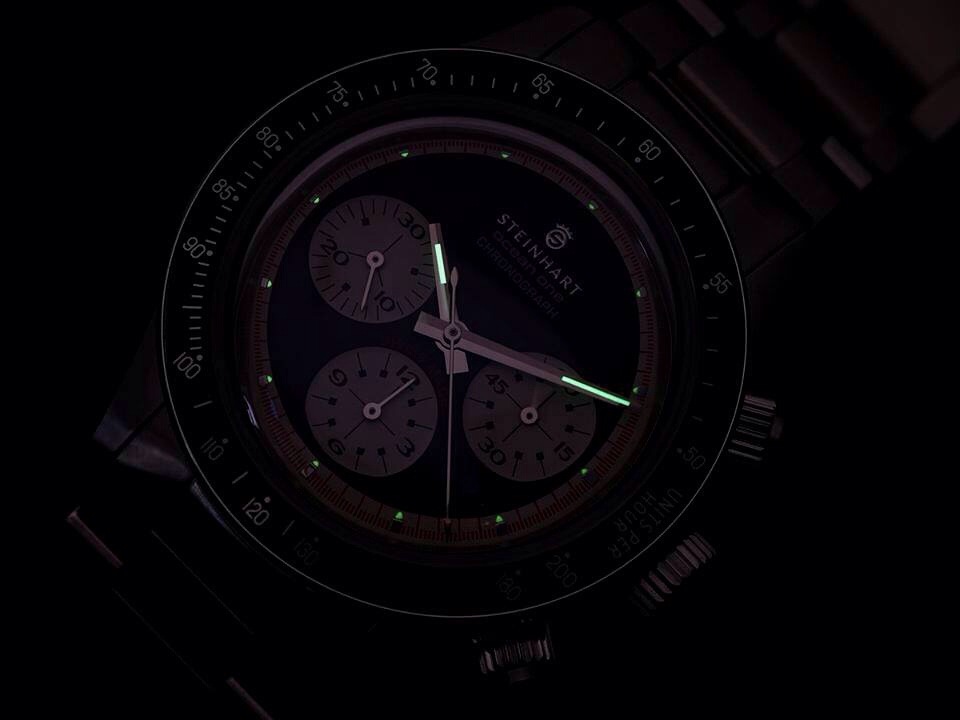 Differently to the Rolex, the Steinhart Ocean One Vintage Chronograph has a sapphire caseback displaying the movement with its gilded Steinhart rotor. The movement is a self-winding ETA 2824-2 in “top” version, modified by Dubois Dépraz with a chronograph module to become the Dubois Dépraz DD 2020. It has a power reserve of 40 hours. 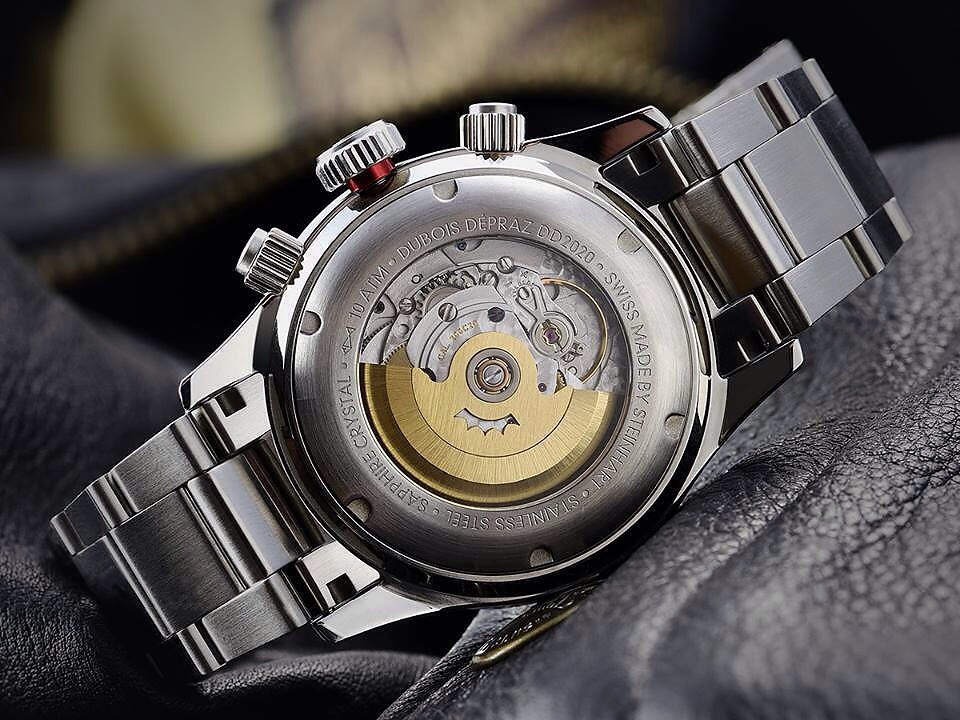