This 46mm watch by Oris, the Great Barrier Reef Limited Edition II, looks good, with its deep blue sunray dial, yellow highlights and black ceramic bezel. It is a functional diver’s watch based on Oris’ existing diving watch Aquis, with SuperLuminova on hands and hour indices, and a 50 bar/500 metres water resistance. One of its interesting features is the display for day of the week, which has a yellow indicator on a chapter ring midway across the dial. In a way it gives extra meaning to the date window, and adds a sort of office-environment aesthetic. The days run anti-clockwise, which I presume is due to the structure of the Sellita SW 220-1 movement which normally has the day shown in a horizontal window and was specially modified for this watch. 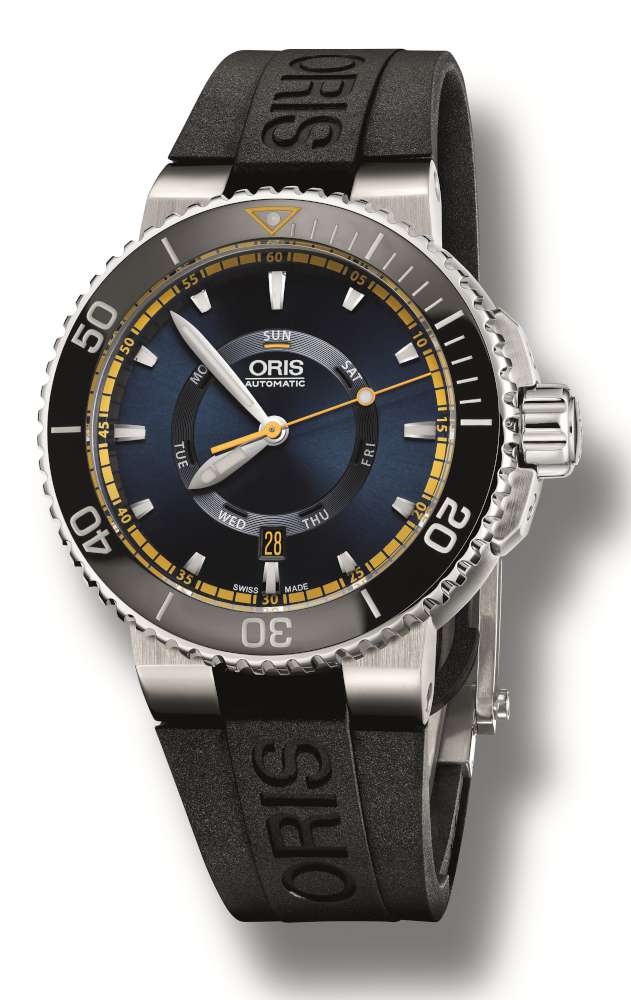 The unidirectional rotating bezel is a typical diver’s watch feature, but it also enables the watch to be used to time any event to at least the nearest minute. The rubber strap has a sliding sledge system for easy adjustment, as well as an additional adjustment system on the clasp. As a result it can easily be worn over a wet suit. The watch is also available with a steel bracelet, which has the comfort adjustment on the clasp but not the sliding sledge. 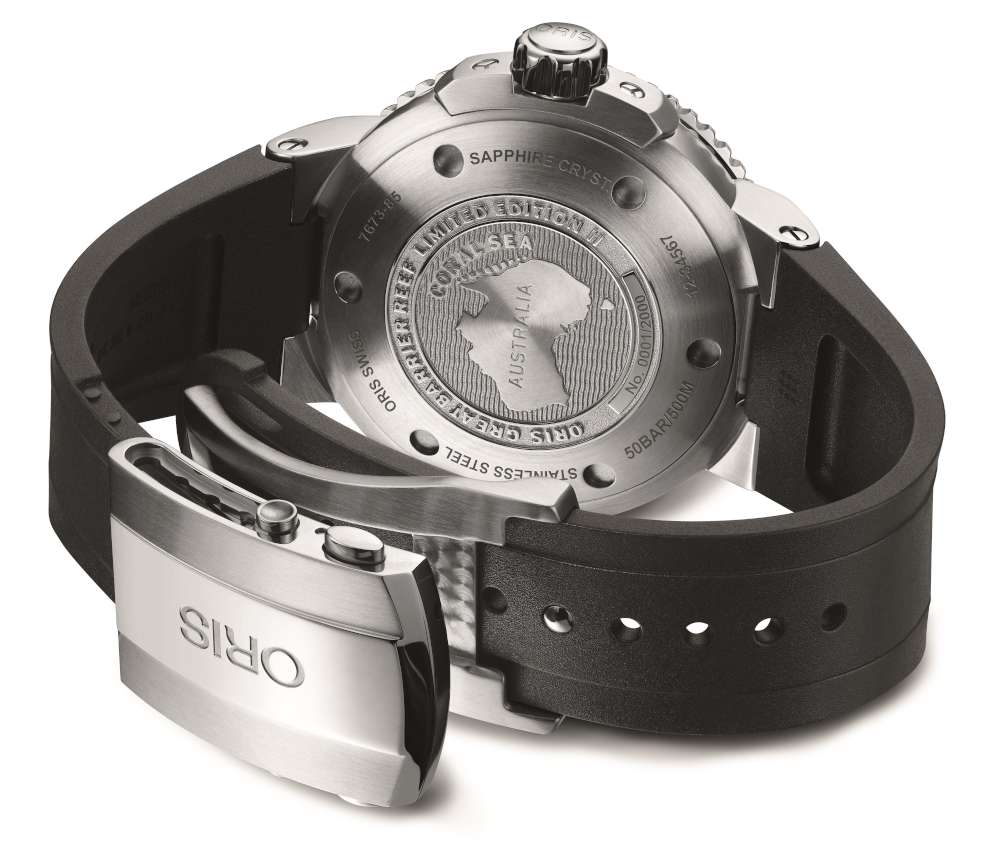 The watch is a limited edition of 2,000 pieces, and it is tangible evidence of Oris’ support for the Australian Marine Conservation Society (AMCS) which strives to protect the Great Barrier Reef, the world’s largest reef system. The solid caseback bears a depiction of Australia framed by the name of the watch. 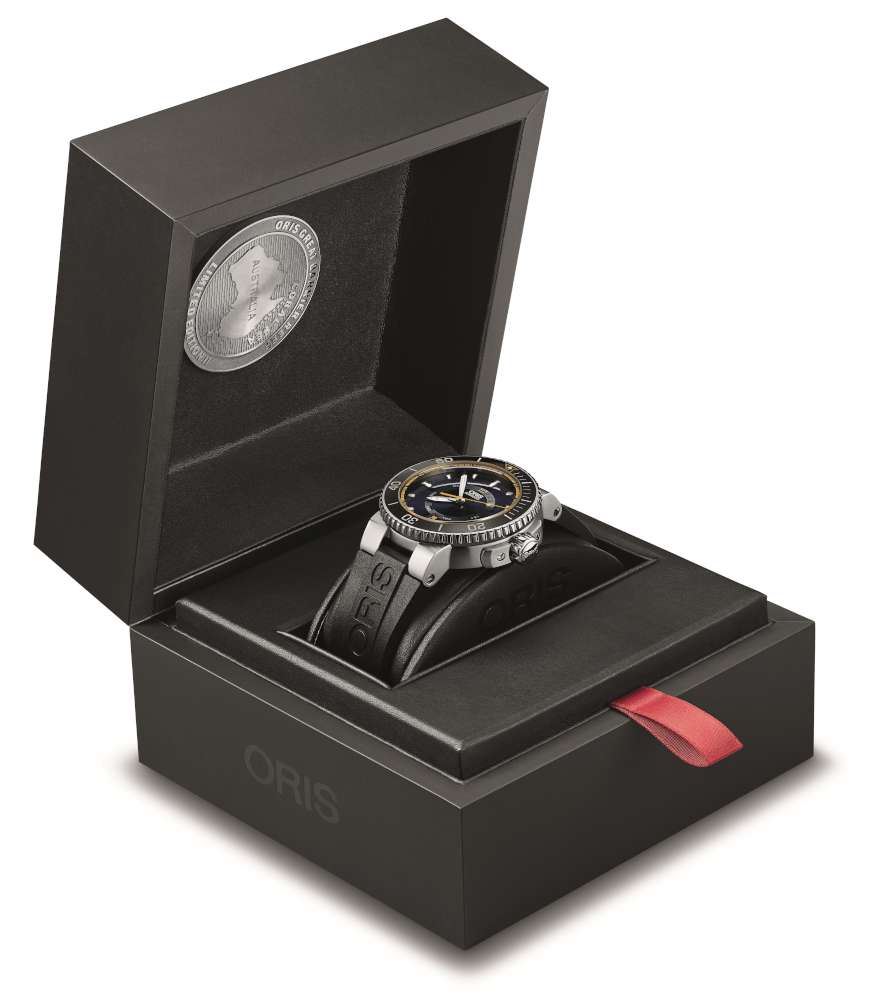 Inside, the Oris Calibre 735 movement is based on the Sellita SW 220-1, a self-winding movement that is a version of the ETA 2824-2. It runs at 28,800 vibrations per hour and has a power reserve of 38 hours. All functions are adjusted using the crown, which is screw-down for protection against water infiltration. The first position is for winding, the second for quick adjustment of date and day, and the third for time-setting. It has the stop-second feature for precision time-setting. 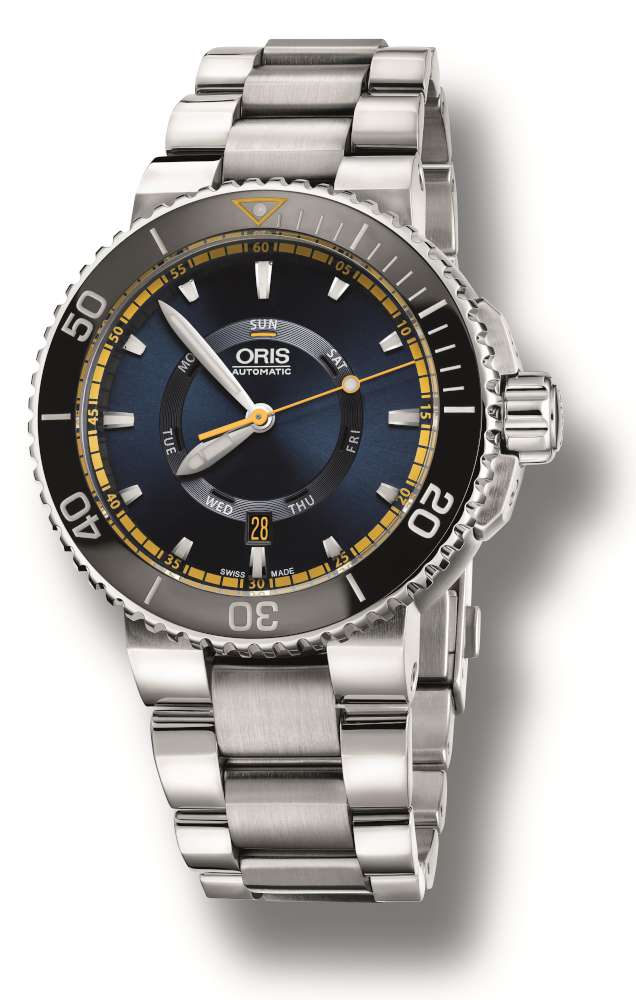