Luminova and SuperLumiNova are based on strontium aluminate, mixed with a resin binder. They are both brand names belonging to Japanese company Nemoto & Co., and they are virtually identical: SuperLumiNova is used by Nemoto & Co’s European partner Tritec. The ultra-violet radiation in daylight and in some artificial light sources adds energy to the electrons in strontium aluminate pigment, which then slowly releases it in the form of photons (light) over the course of the next few hours. 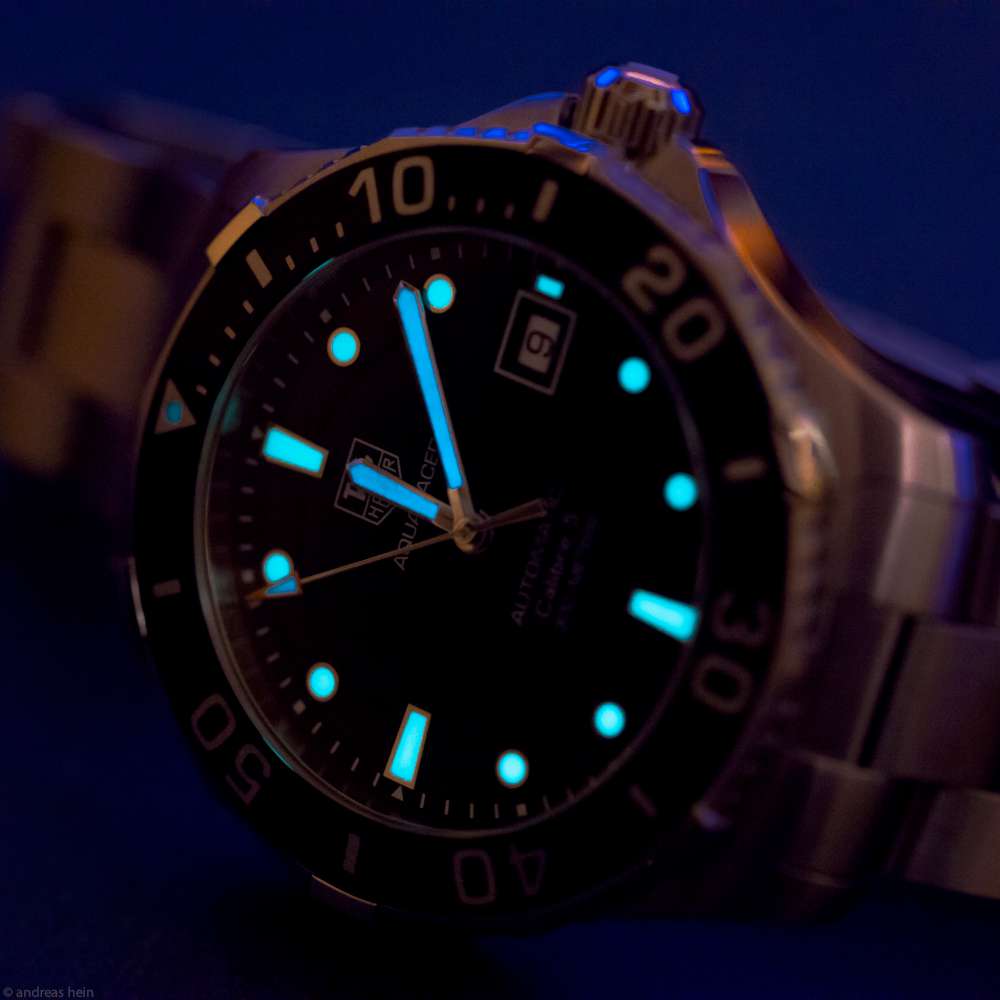 Whether or not the photoluminescence of SuperLumiNova gradually deteriorates seems to be a debated question, and we will probably only know over the next decade or so. Luminova has been around only since 1998, SuperLumiNova since about 2000. A table published by Nemoto & Co. includes data on an “accelerated light fastness test,” in which Luminova is constantly exposed to high-intensity light. The parameter that they use is the hours of high-pressure illumination necessary to cause a 20% drop in the intensity of the initial afterglow, and the figure that they provide for Luminova is “>1,000 hours.” A thousand hours corresponds to about 3 hours of sunlight every day for a year. The figure is “more than a thousand hours” and so we don’t know how long it will take, but it seems to suggest that in any case, some deterioration does actually take place.

The deterioration in any case is probably not linked to the photoluminescent process itself. The jump of electrons to a higher energy level, and the emission of protons when they return to the original energy level, causes no deterioration in the strontium aluminate. But the ultraviolet light content of daylight gradually degrades the resin binder, and humidity in the air can cause SuperLumiNova to crumble. Some manufacturers protect the pigment using a thin coating of transparent lacquer, and possibly this also ages over time.

A few brands use different or proprietary luminescent paints. In particular, Chromalight is Rolex‘s own version of SuperLumiNova, patented in 2008; it glows blue.