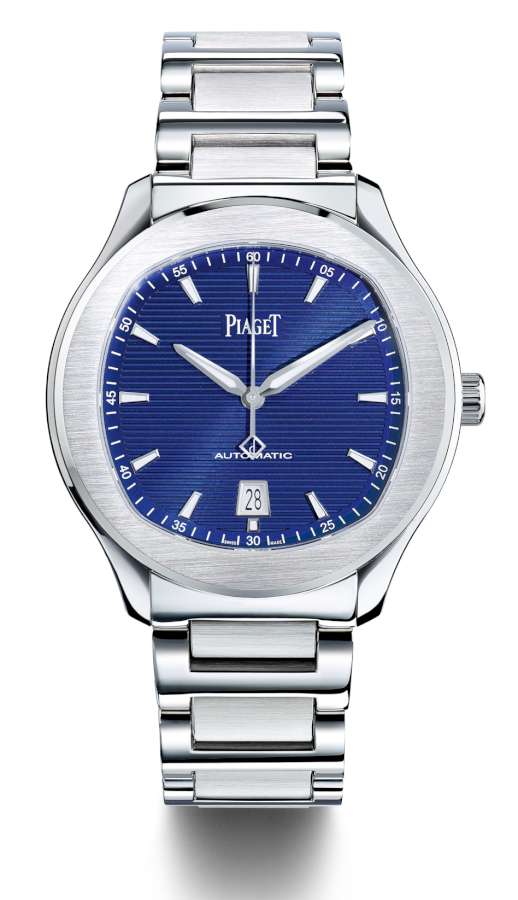 Piaget’s Polo has a long history. It was released in 1979, a watch in solid gold with a distinctive appearance provided by the stripes that continued from the bracelet over the dial. 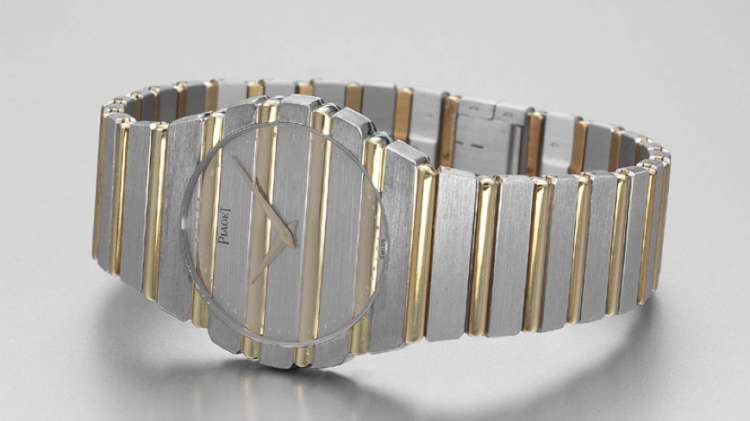 The Piaget Polo in white and yellow gold, introduced in 1979

The new Polo S is very different, because it is in steel, and has a totally new design that subtly incorporates something of the original. The stripes have been reduced to a bracelet with attractively narrow links, and a sort of horizontal guilloché on the dial. The case is pure Piaget, with the complex shape-within-shape based on a cushion-shape with a flat bezel. It reflects the Piaget Emperador, but in the Polo S it has been simplified, with a flat, brushed-finish bezel, polished bevels and caseband, and a bracelet that incorporates a contrast between brushed and polished steel. The case is 42 mm wide and 9.4 mm thick, with a good water resistance rating of 100 metres that makes it something of a “sports watch” (click here for the Top Ten Sports Watches). 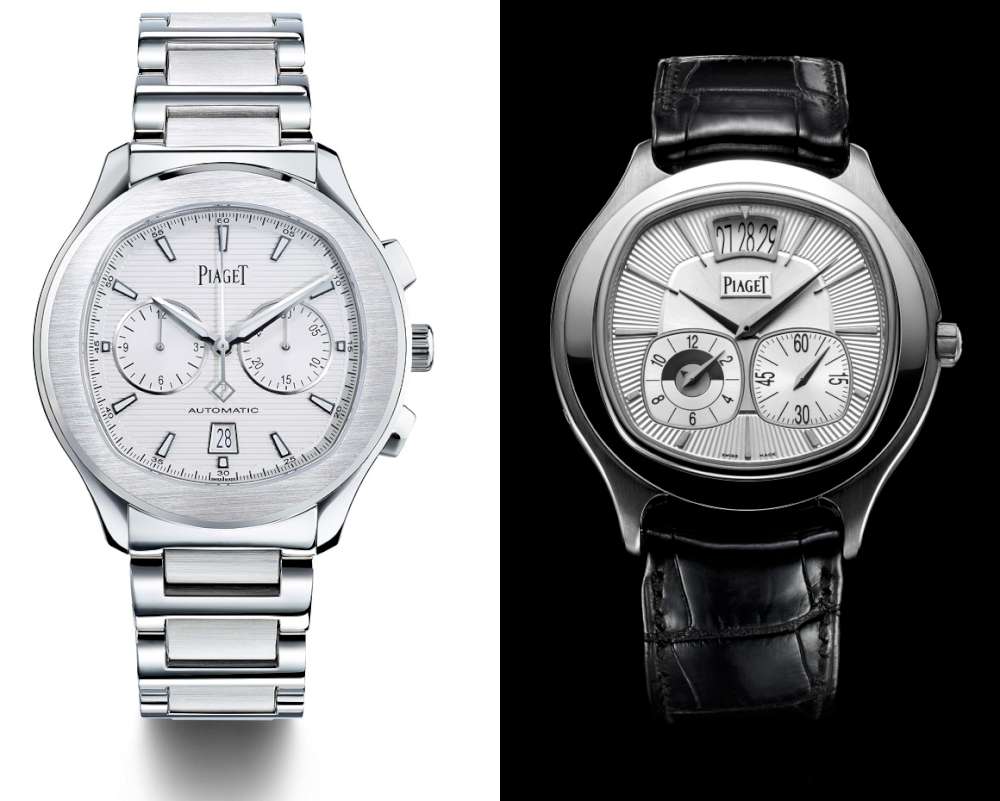 The sapphire caseback reveals the Piaget 1110P self-winding movement, with circular Côtes de Genève on the bridges, the same decoration and the Piaget coat of arms on the oscillating weight, blued screws and a circular-grained mainplate. Finish is excellent throughout. 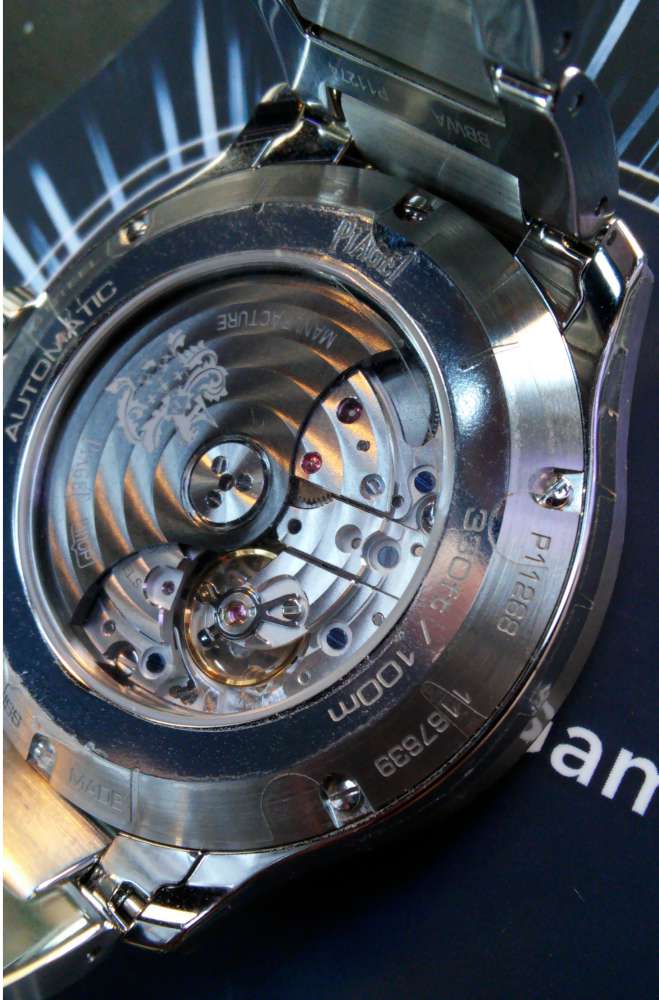 The Piaget 1110P movement runs at 28,800 vibrations per hour (4 Hertz) and provides 48 hours power reserve. Seen from the dial side, the movement reveals substantial similarities with the Cartier 1904-PS movement, introduced in 2010, showing a transfer of technology from one Richemont Group company to another, a logical tactic given the huge costs involved in the development of a new movement. The Piaget 1110P is 25.58 mm in diameter, and just 4 mm thick; the Cartier 1904-PS movement is 25.6 mm in diameter and 4 mm thick. If all this is correct, the Piaget 1110P movement, like the Cartier 1904-PS, also has twin barrels to stabilize power delivery over the length of the power reserve, and a stop-seconds function that enables precise time-setting. 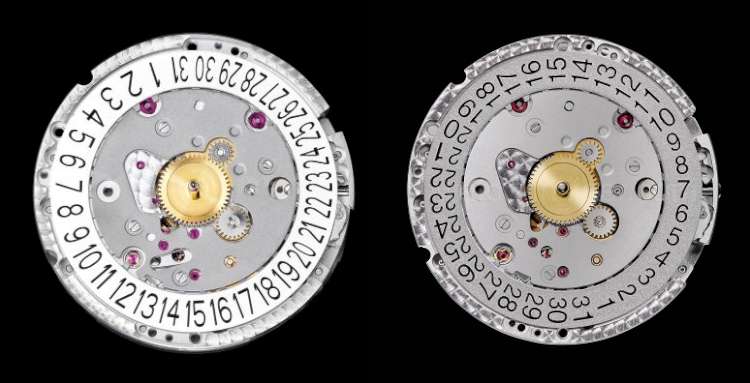 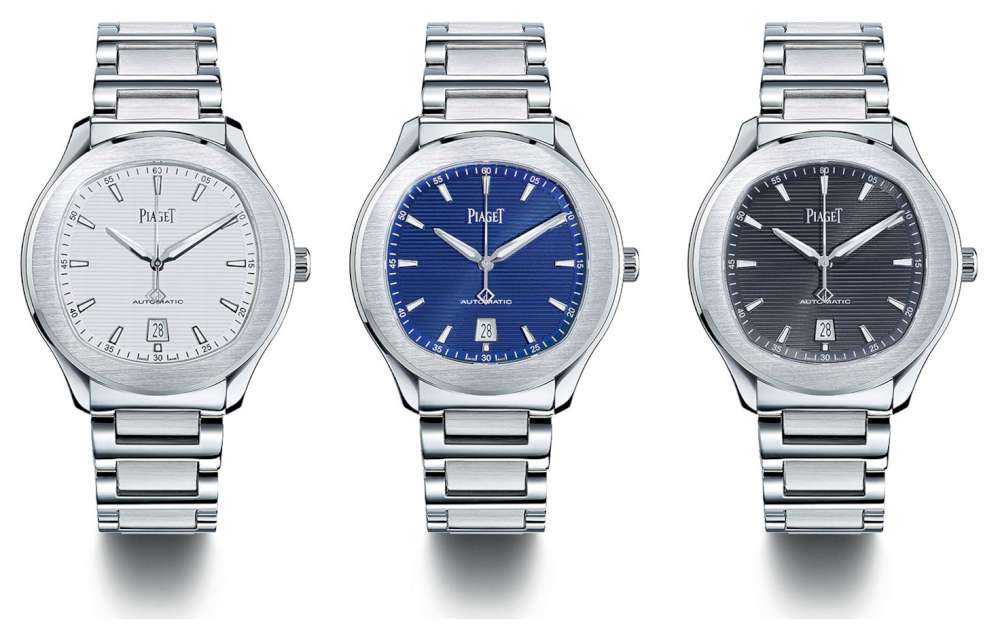