The Audemars Piguet Royal Oak Double Balance Wheel Openworked is a beautiful and innovative watch, with the new Calibre 3132 featuring a double balance wheel on a single staff. The watch has all the habitual Audemars Piguet refinement, with hand-finished skeletonization, and wheels with gold-plated surfaces and circular graining. The deep grey, gun-metal treatment of the movement gives the watch a modern appearance, enhancing the timeless contemporaneity of the Royal Oak case and bracelet. 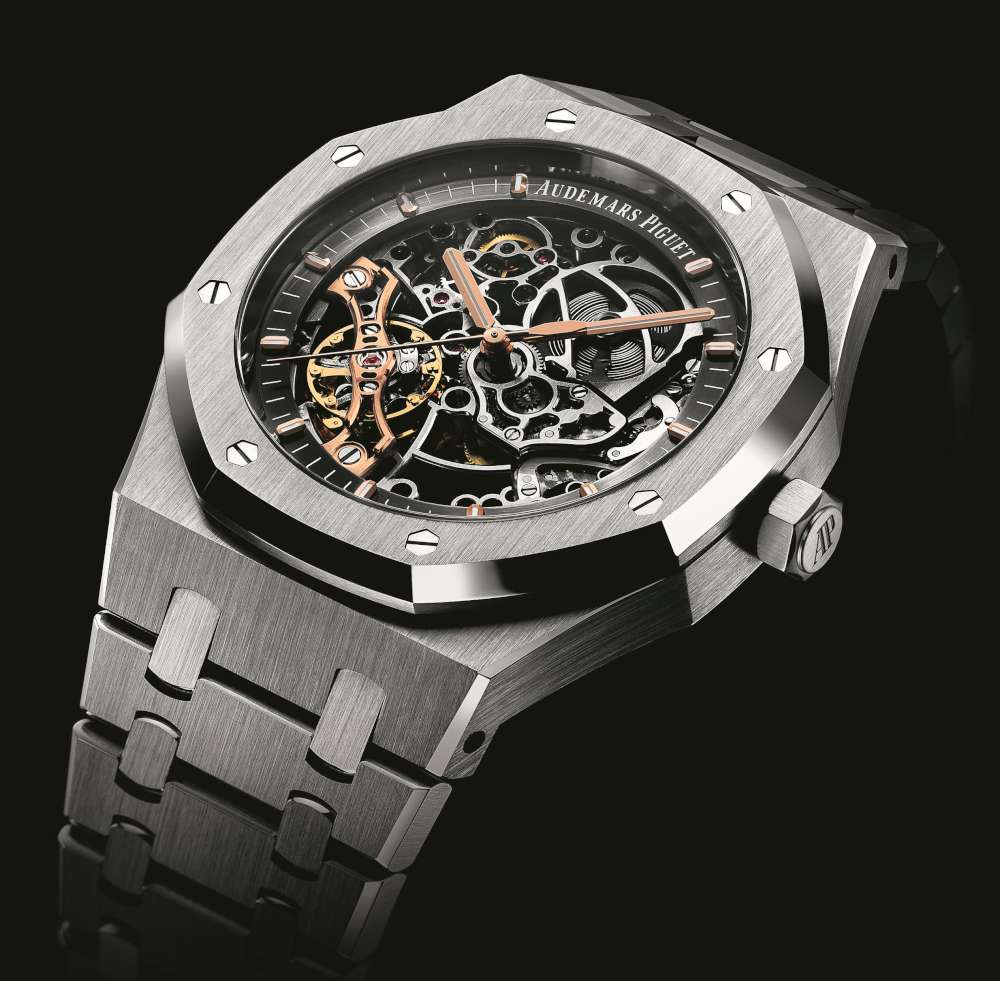 The golden balance bridge leads you straight to the business. Even though the movement is skeletonized, it”s quite difficult to see that there are two balance wheels because they are quite close together and superimposed. Audemars Piguet say that this is a world first, and there is a logical approach behind it. In a normal balance, when the balance spring is contracted, it generates an outwards radial force, increasing friction between the stem and the cap jewels, as well as the principal rotational force. In this double balance, the two balance springs are in exact opposition, so that the radial forces cancel each other out. There are other advantages: the two opposing springs cancel out their gravity-induced rate variations in the vertical position, and in addition, the total mass of the regulating system is doubled, increasing precision. The brand say that this can be estimated at 30% greater timekeeping accuracy with respect to similar movements, which is a notable improvement. Balance rate is 3 Hertz, 21,600 vibrations per hour. 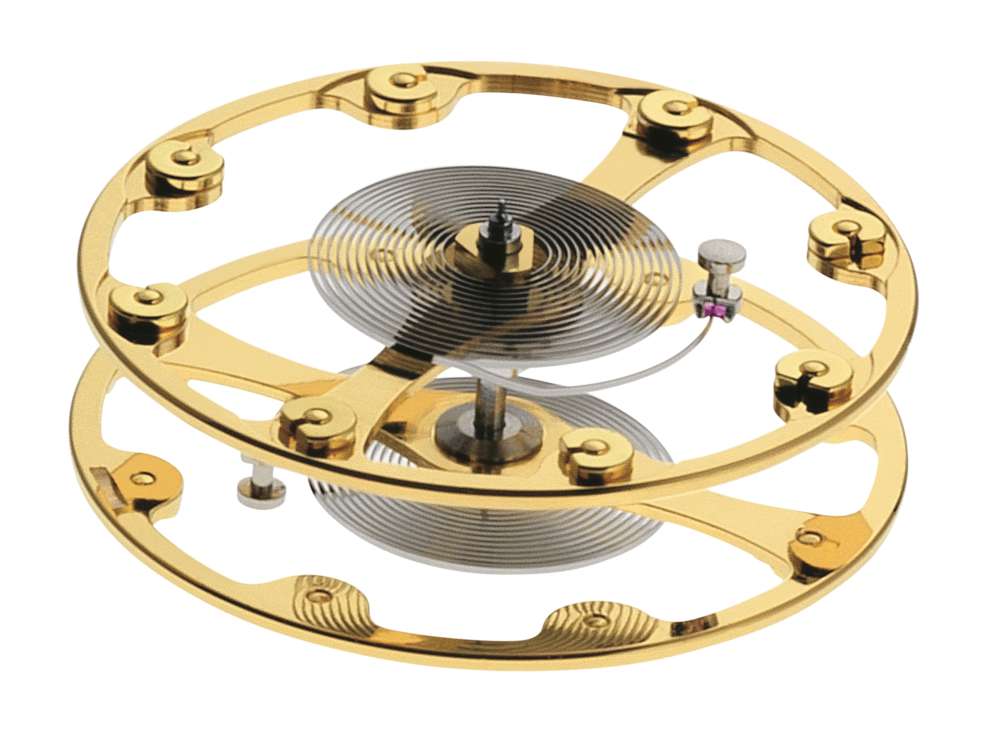 The two balance springs have a total of 16 intertia blocks for regulation. Not only is it complex to manufacture, it’s complicated to regulate, even though the intertia blocks seem to have been designed for adjustment by rotation. The rest of the movement is comparatively conventional, with 242 components, a stop-second lever that enables precise time-setting when you pull the crown out, and 45 hours power reserve. 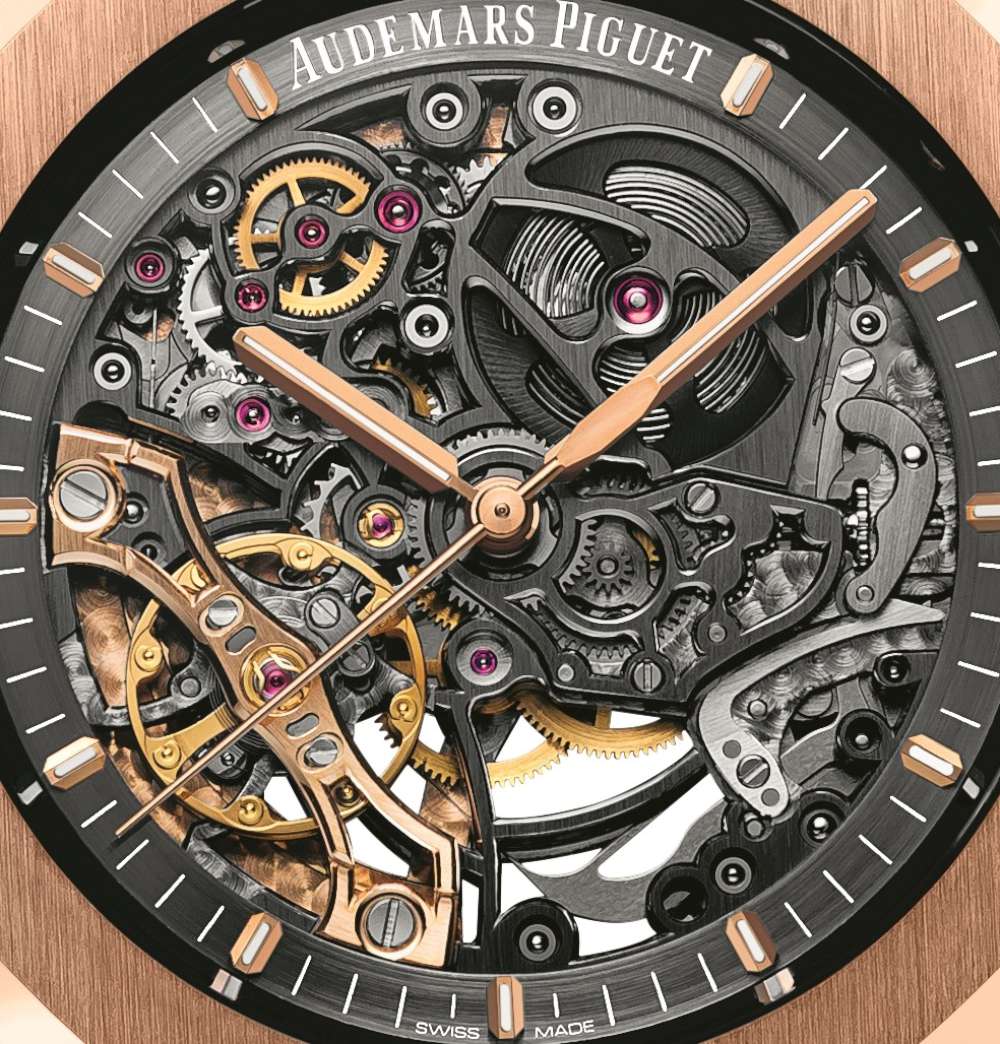 The movment is only 26.59 mm in diameter, and so the caseback window is relatively small with respect to the case. The 22-carat gold rotor mounted on ceramic ballbearings is designed in such a way as to leave as much as possible of the movement open to view. 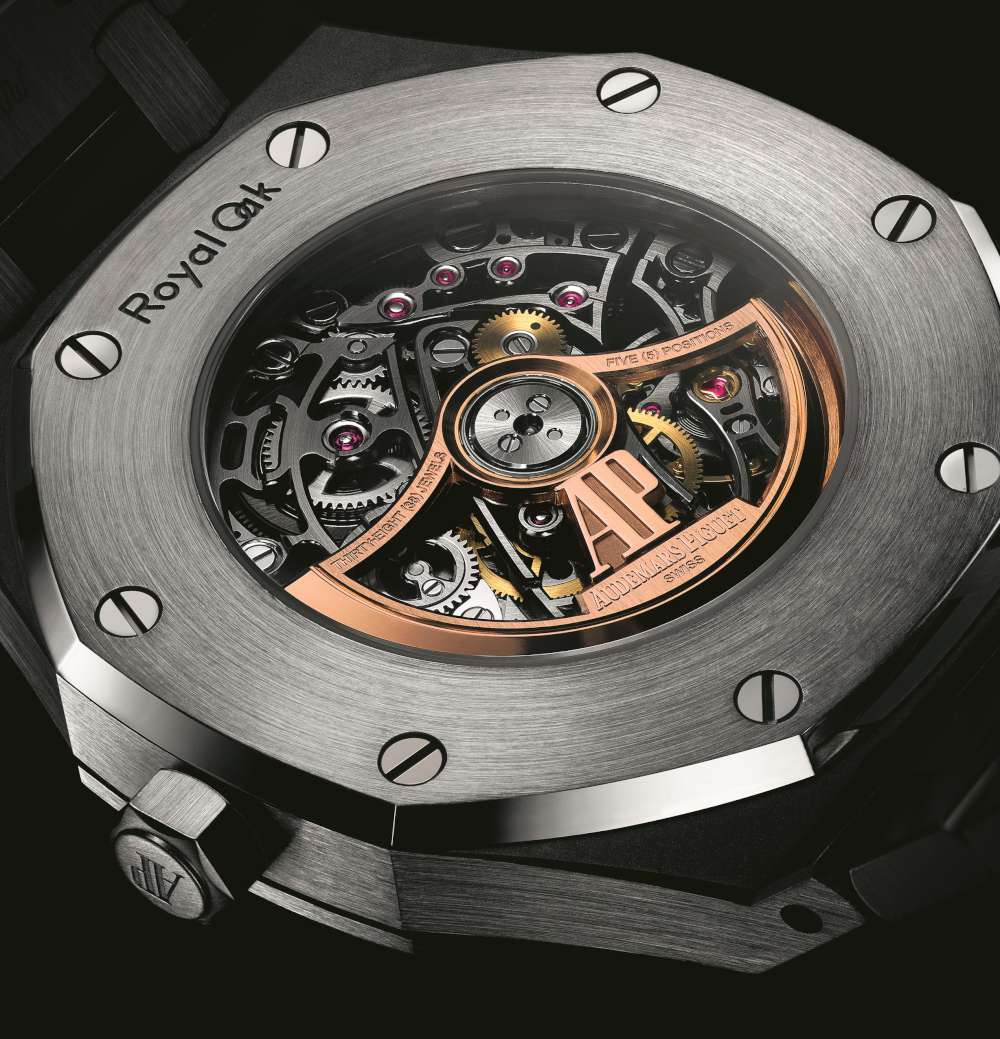 The thing that I don’t understand about this watch is the very large price difference between the steel and pink gold versions: the latter costs €33,000 more. The movement is the same, steel is even harder to work than gold, and the cost of the gold will presumably not exceed €5,000. éeraps there’s a good reason. 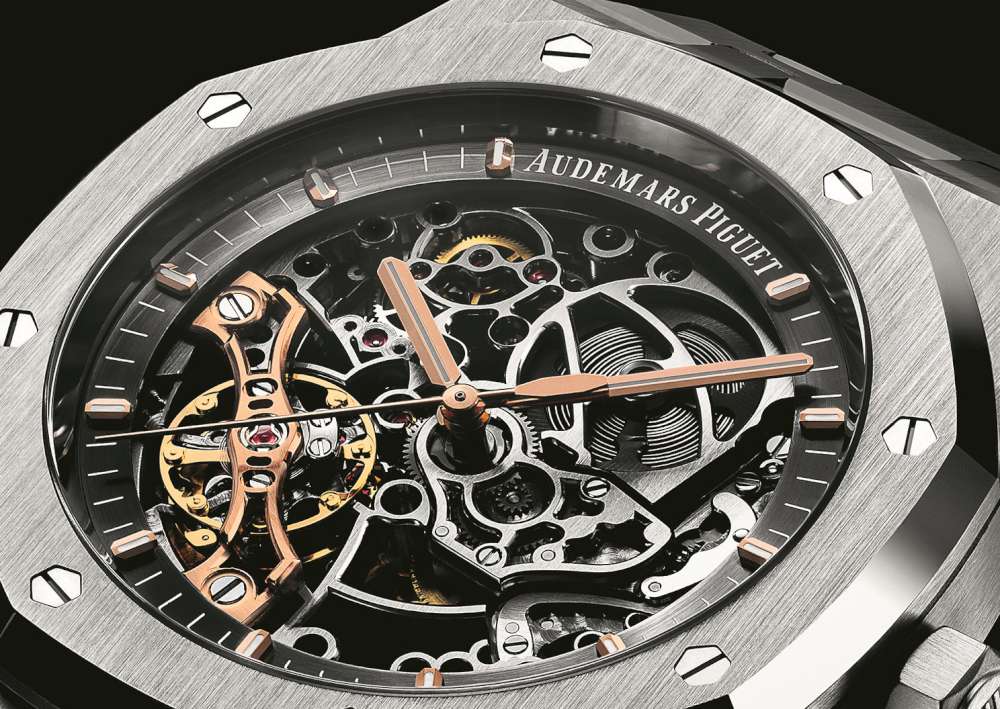 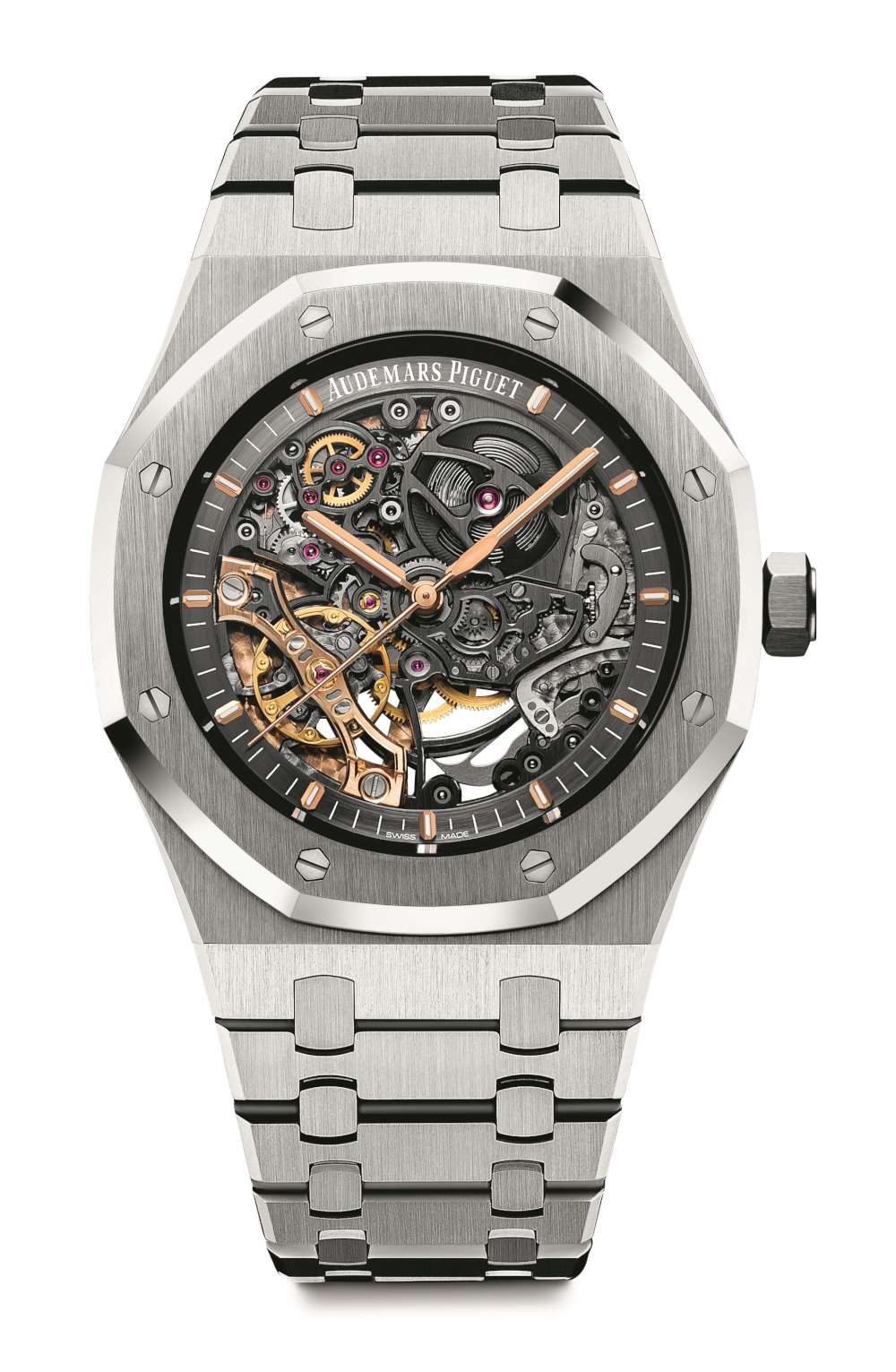 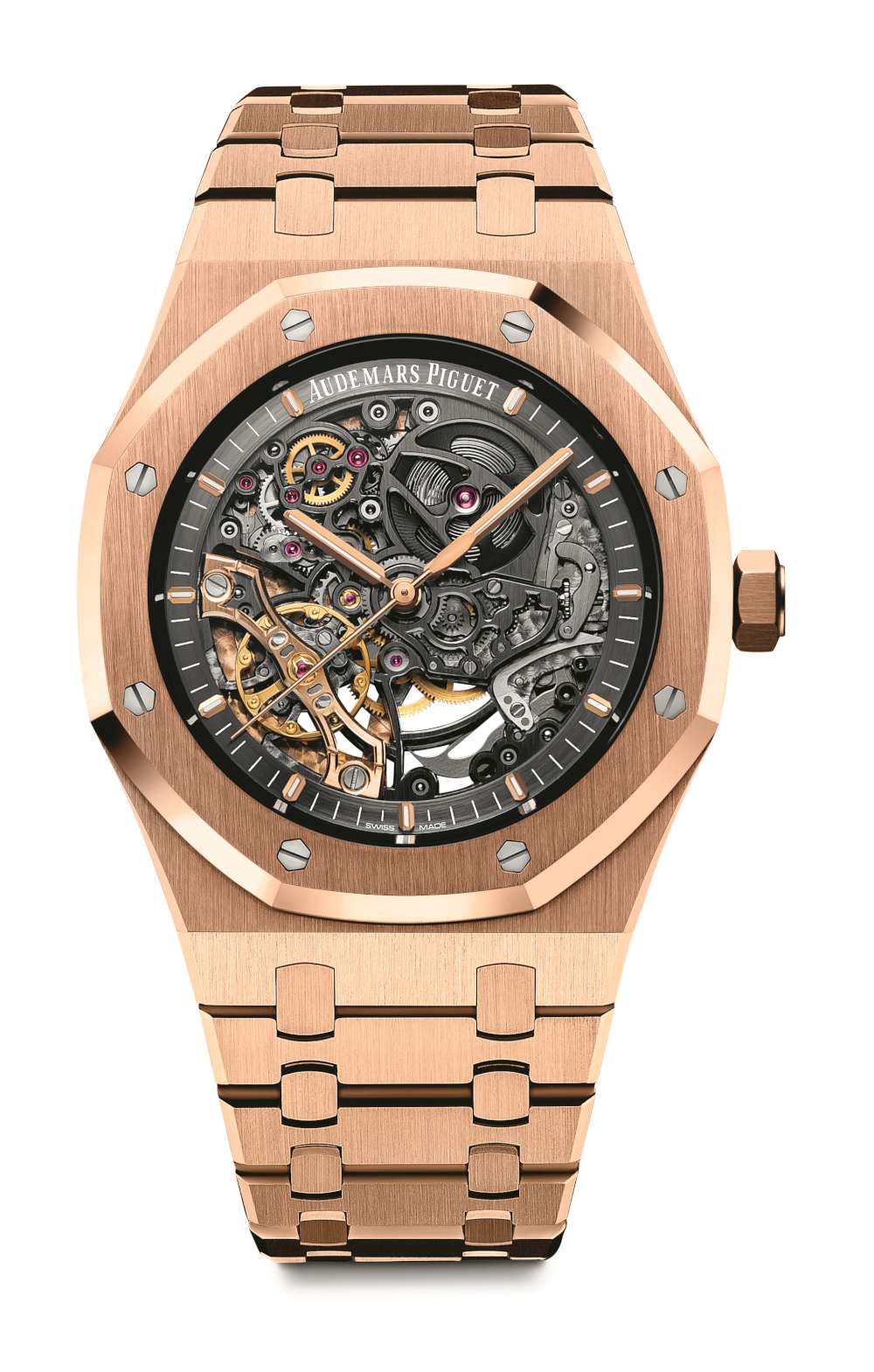