Many fashion brands make watches – or at least commission them from third-party companies – but only in a few cases are they something more than just brand extension operations. Ermenegildo Zegna is an Italian brand with a lot of courage (working with a name as long as that), responsibility (admirable commitment to their local environment and community) and style.

The Monterubello Travel watch with Big Date, Moon phase and GMT is the latest timepiece by Ermenegildo Zegna. From 2010 its partner in watchmaking has been Girard Perregaux, and this watch is a worthy addition to the range that comprises the Monterubello Solo Tempo, the Monterubello Chronograph and the Centennial watch presented for the brand’s centenary in 2010. The 44mm pink gold case, just over 12 mm thick, is given extra elegance by the herringbone bezel. The watch has a sapphire caseback revealing the movement, the Girard-Perregaux calibre GP 03300-0109, self-winding, running at 28,800 vibrations per hour (4 Hertz), with a power reserve of 46 hours. 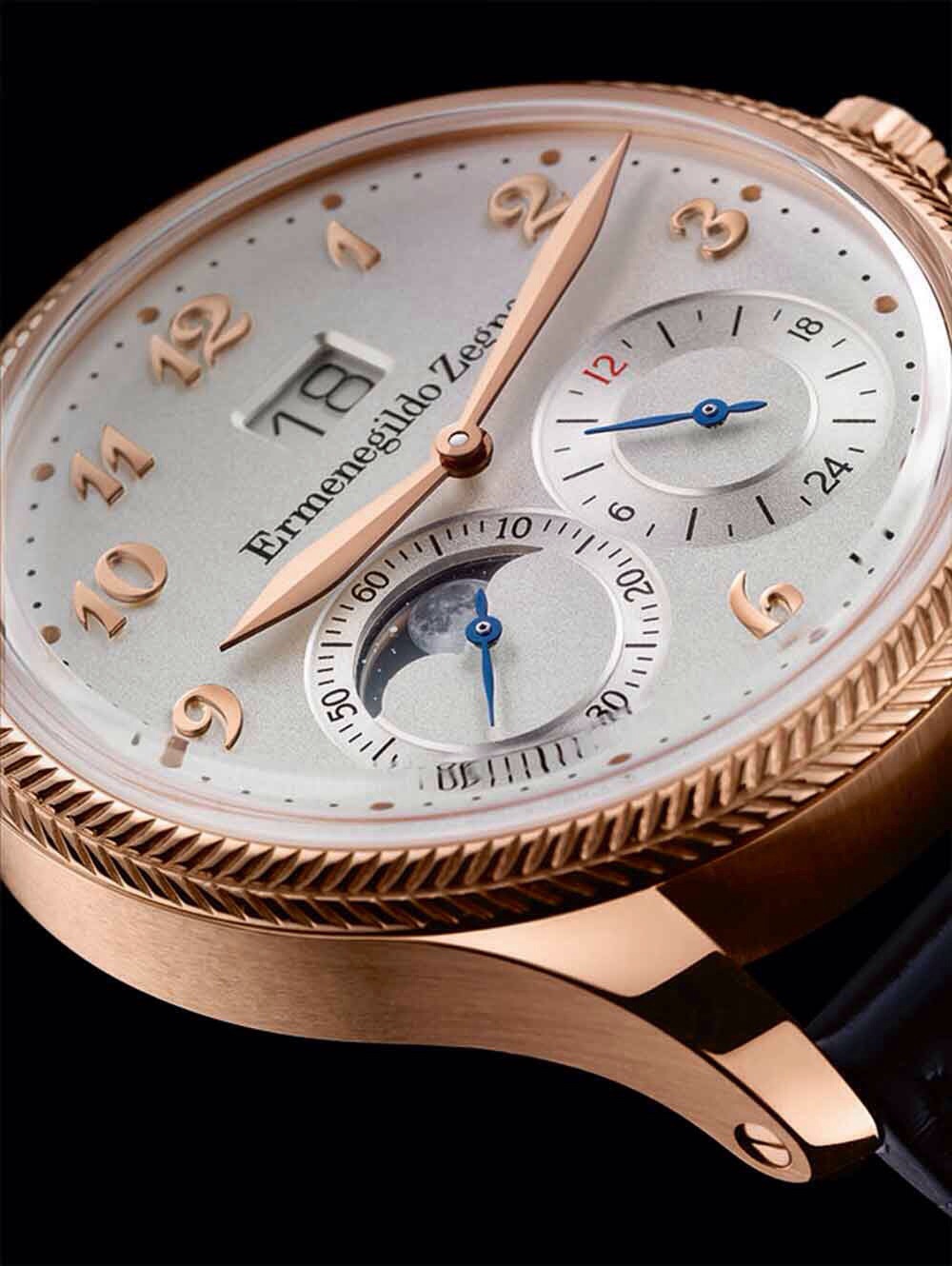 The dial is well balanced, with moon phase and continuous seconds on the left-hand subdial, and a second time zone with 24-hour scale on the right. A pusher on the caseband at 4 o’clock advances the second time zone by one hour at a time. The moon phase function is accurate to one day in 122 years. The moon is rendered very realistically.

At the top of the dial, the big date is also a sophisticated piece of horology, changing instantaneously at midnight in a fraction of a second. The two numerals are on separate discs, but the separation is almost invisible because the second numeral is on a transparent disc one-tenth of a millimetre thick, over the lacquered metal disc on which the first number is shown. 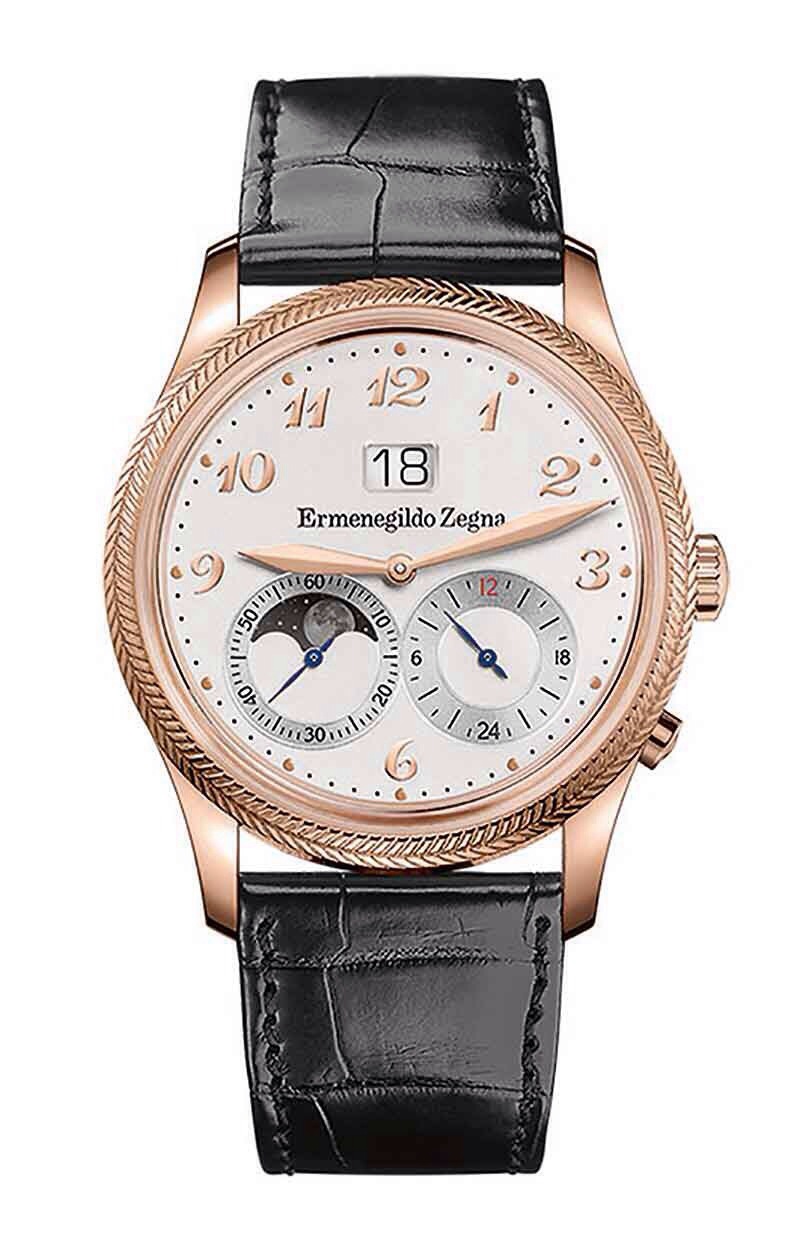 The Monterubello Travel watch is a limited edition of 25 pieces. Only 24 will go on sale, as one of the watches has already been taken by Gildo Zegna, CEO of Ermenegildo Zegna. The price of the watch is approximately €30,500.