Material innovation is a constant theme in watchmaking, and at SIHH this year, one of the traits emerging strongly is that of black. Not so much the all-black appearance beloved by Hublot and other brands, but rather dials of an intense, velvety black that creates the perfect backdrop for hands and markings treated in SuperLuminova. Curiously, at SIHH, the watch fair held in Geneva in January 2017, two brands presented watches with the claim of featuring the “blackest material on earth,” of a colour that traps light and doesn’t let it escape. It sounds rather like a black hole, and it creates a truly unusual appearance. 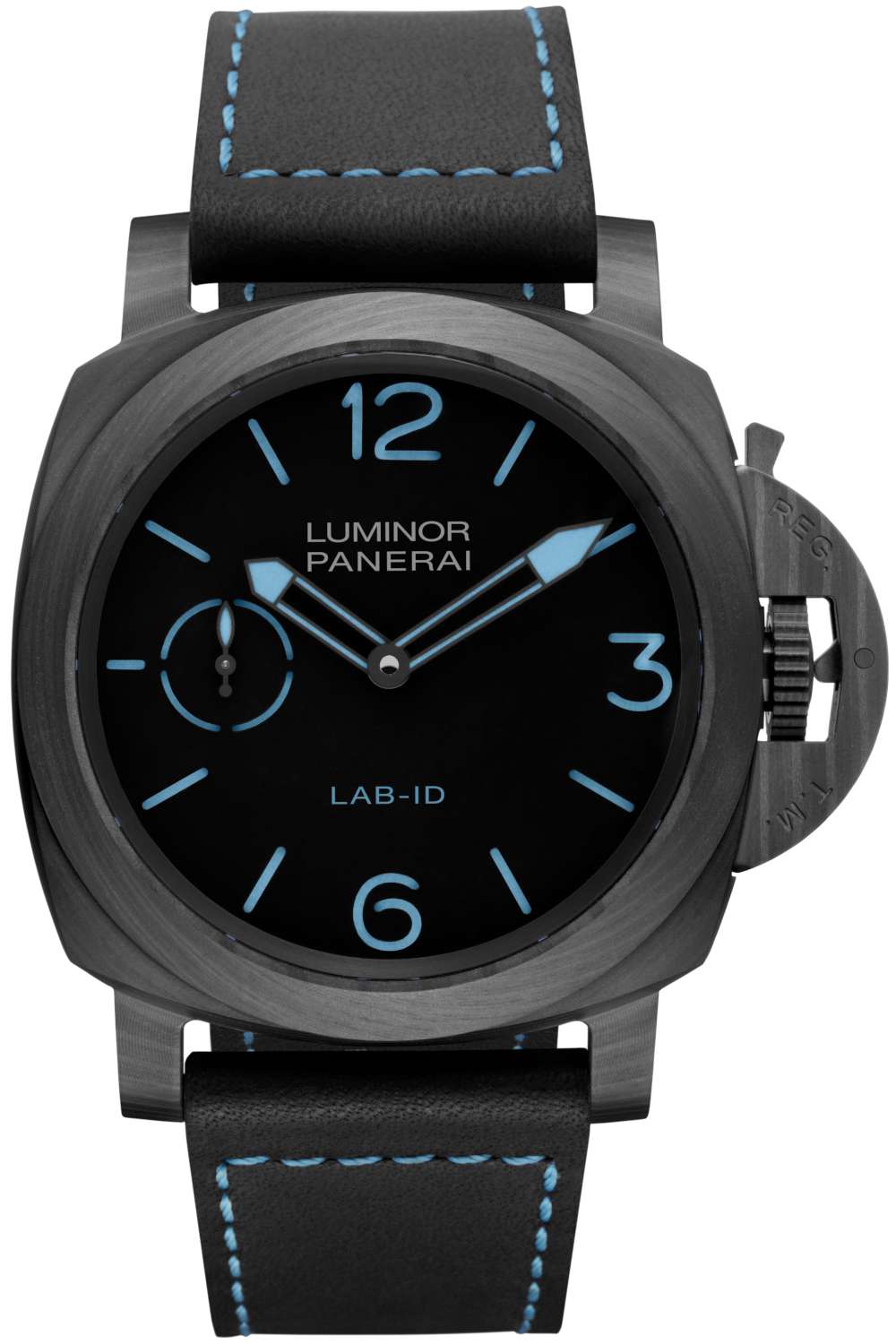 The Panerai LAB-ID has a case in a carbon fibre composite called Carbotech, and a dial covered with carbon nanotubes. Carbon nanotubes are made from graphene, another advanced material, and they can be as small as 1 nanometre in diameter. When they are vertically arranged, carbon nanotubes can have a light absorbance of up to 0.99 over all wavelengths of visual light, meaning that it is very dark indeed: an ideal black body, which absorbs all impinging light, has an absorbance of 1. In the watch, the effect is remarkable. It’s like looking at black velvet, or the black of a night sky without stars, or (I would imagine) the blackness of the depths of the ocean, and it is enhanced by the anti-reflective treatment of the watchglass. It’s currently impossible to paint or print onto this material, and so the lettering appearing on the dial is in fact on the sapphire watchglass. The numerals and hour indices are cut out from the top layer of the sandwich dial, so that what you see is the luminescent paint forming the core of the dial sandwich. The effect is particularly dramatic in the dark. 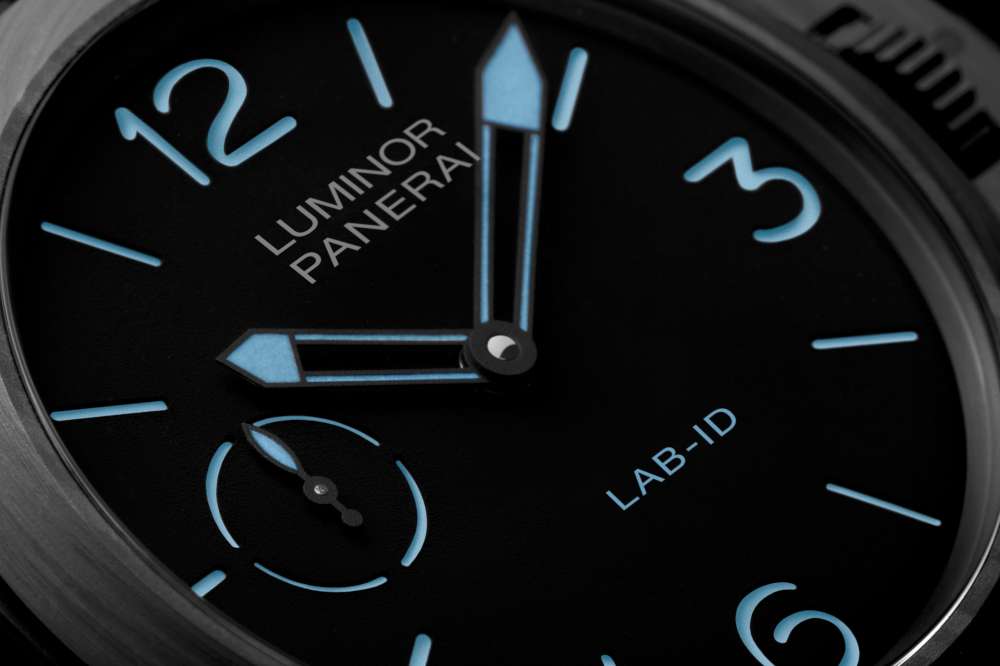 Carbon technology in the movement

The movement also features the use of advanced carbon composites. In this case the properties of the material make it possible to go without lubricant oil. As the oil used in watch movements gradually deteriorates over the years and has to be replaced in routine maintenance operations, its elimination increases durability. This enables Panerai to offer the watch with a 50-year guarantee, and this I think is without doubt a world first. The carbon composites used in themovement include a tantalum-based ceramic with a high proportion of carbon, providing very low friction and making it unnecessary to use jewels. In fact, the P.3001/C movement has just four jewels. Other parts are made in silicon, while the surfaces of gears and the two mainspring barrels are coated in DLC, diamond-like carbon. 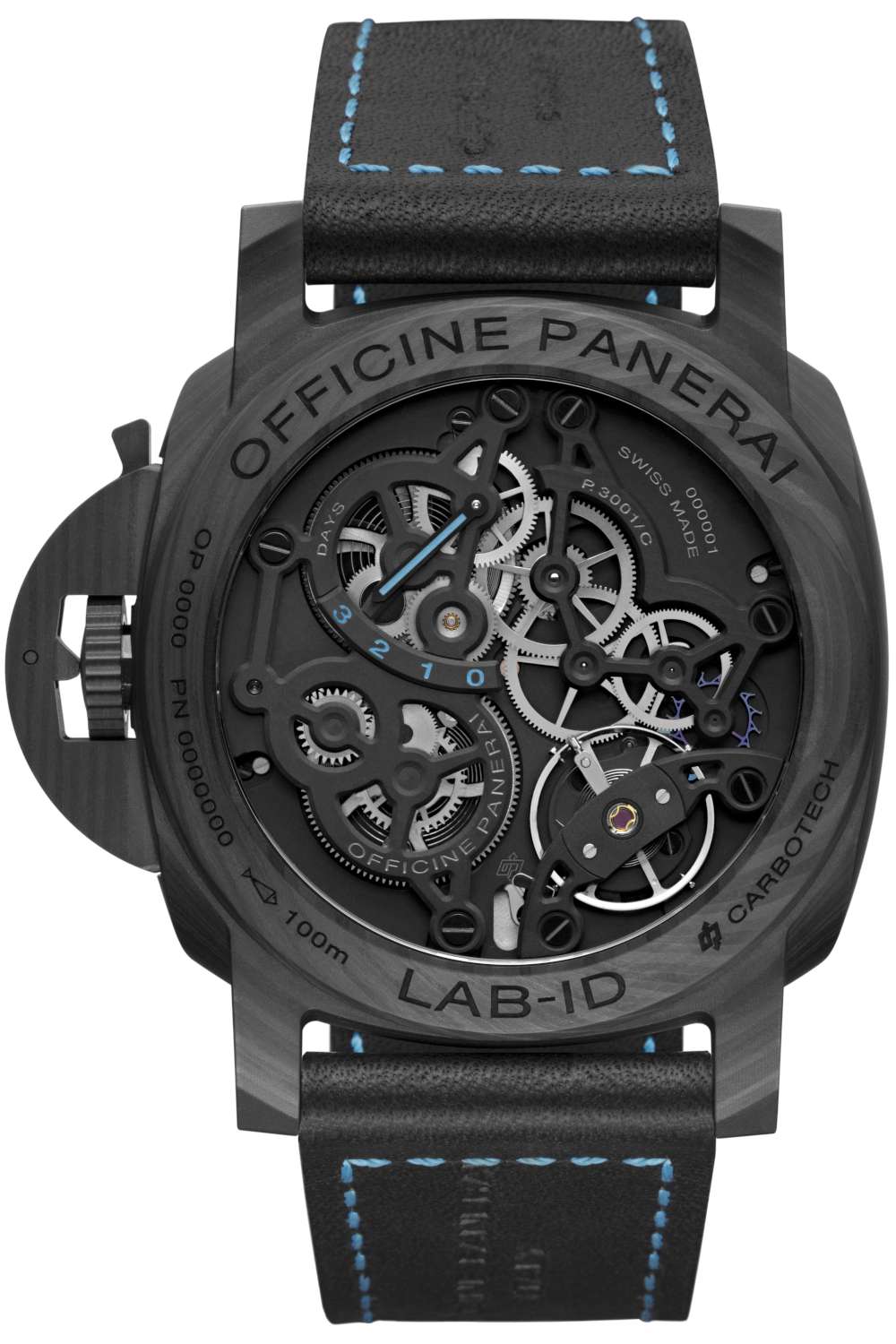 The movement is skeletonized and it can be seen through the sapphire caseback. The three-day power reserve indicator is beautifully rendered on a curving bridge structure. The case is large at 49 mm across, with 10 bars (100 metres) water resistance, and the classic Luminor features. It is really beautiful in the flesh, the dial looks like nothing ever before. It is a good example of why Panerai is so different from its cousins Anonimo and U-Boat. Both these brands were formed by ex-Panerai employees, but while Anonimo and U-Boat buy movements from third-party Swiss suppliers, Panerai has developed its own capacity for building in-house movements, including the remarkable P.3001/C. Now allied with the unusual dial in carbon nanotubes. 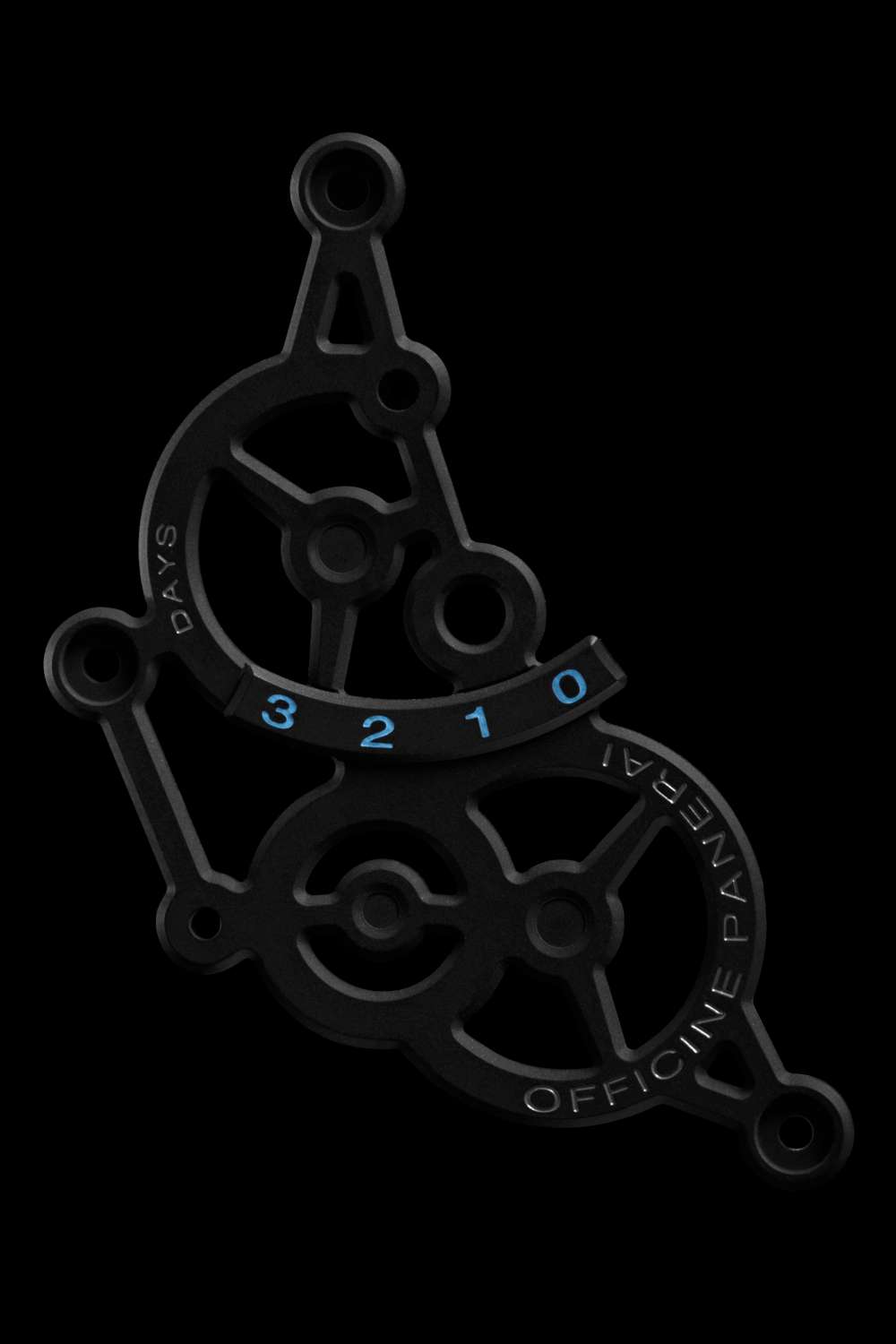 The other watch presented at SIHH 2017 with the claim of incorporating the darkest material in the world is the Sequential One S110 Evo Vantablack by MCT. In this case, it’s a collaboration with artist Anish Kapoor who bought the rights to Vantablack, a carbon nanotube material developed by Surrey Nanosystems. It was impossible to compare the two watches, because they were on two separate stands, and the Panerai was in a very dark room to highlight the bright luminescence of hands and dial markings. More about this in another post.

Price of the Panerai LAB-ID 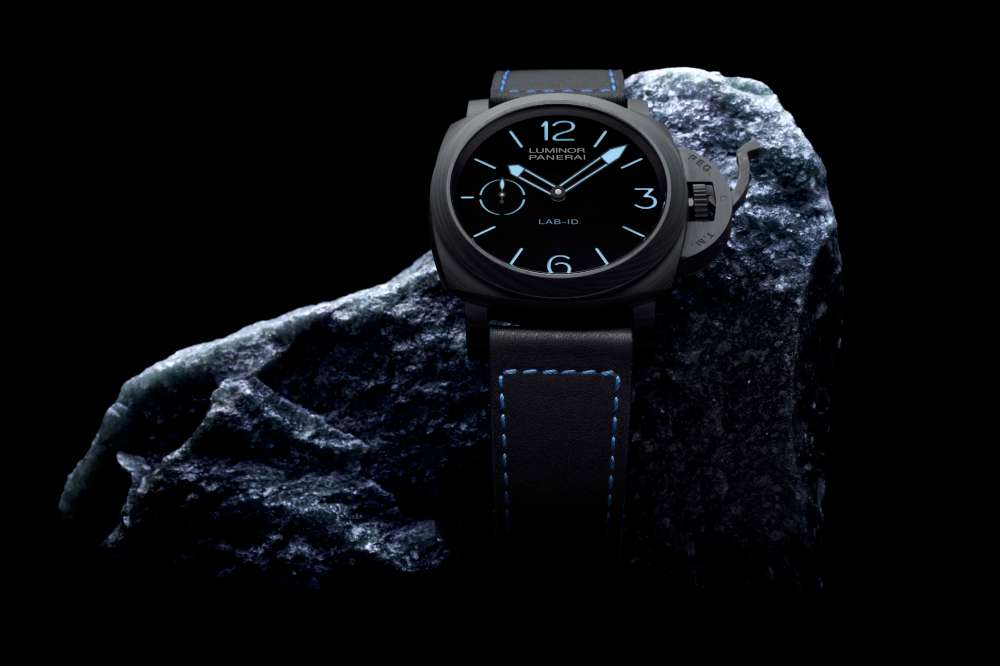