This is the first watch presented by Richard Mille in 2017, and it reflects the partnership that he signed with McLaren in 2016, a ten-year agreement.

It is based on Richard’s authentic passion for McLaren: he watched the McLaren team’s debut in Monaco in 1966. The watch incorporates high-tech materials such as titanium and Carbon TPT, along with a world first in the world of watchmaking, Graph TPT or graphene. Graphene, developed at the University of Manchester, is six times lighter than steel and 200 times stronger. In the watch, it was used to enhance the physical properties of the Carbon TPT used for the case, and for the baseplate and bridges. Graphene was also incorporated into the rubber of the strap to increase elasticity and resistance to wear. Graphene itself is a new material and at present it cannot be feasibly used on its own as at the present state of research, it is too porous. 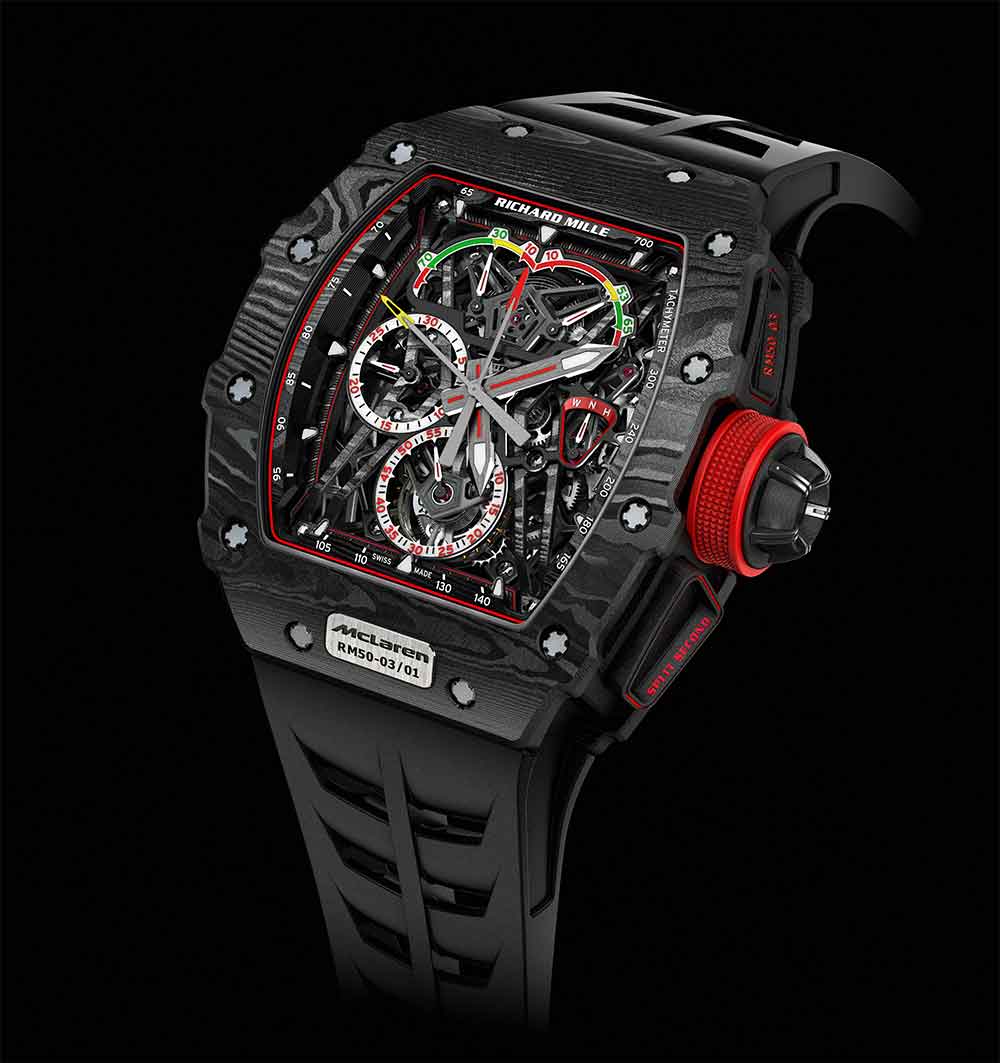 The result is a watch with a movement weighing just 7 grams, while the complete watch weighs 40 grams. It is the lightest split-seconds chronograph in the world. The hand-wound RM50-03 movement with about 600 parts has a tourbillon escapement, and to reduce energy dissipation in the gear trains, a special gear profile for barrel and gear train was developed. The movement’s performance is displayed at the top of the dial, with indicators for the 70-hour power reserve, and a torque sensor. This indicates the tension of the mainspring, so that the user can keep the watch wound to the optimum degree. The crown has a torque limiter so that you cannot damage the movement by overwinding. The movement runs at 21,600 vibrations per hour, 3 Hertz. 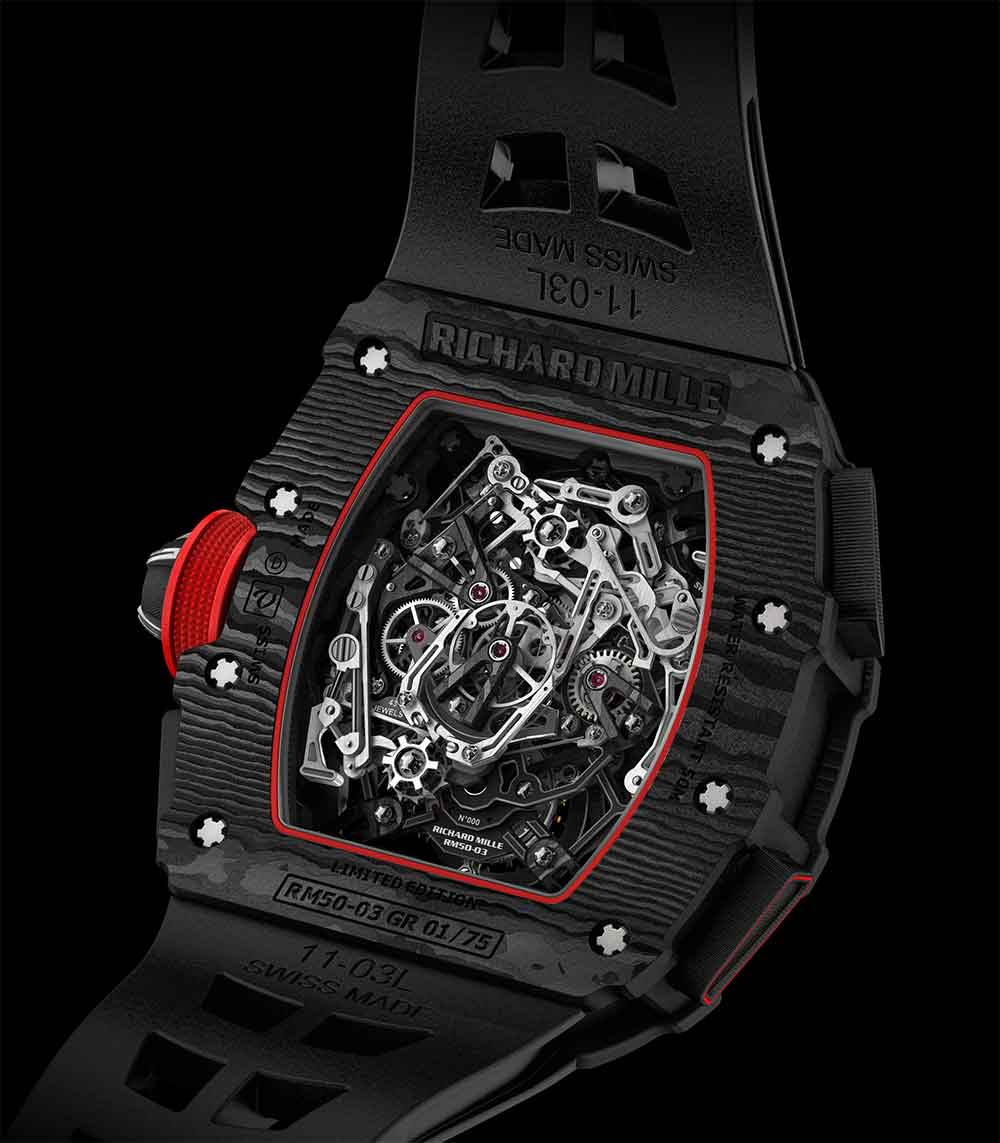 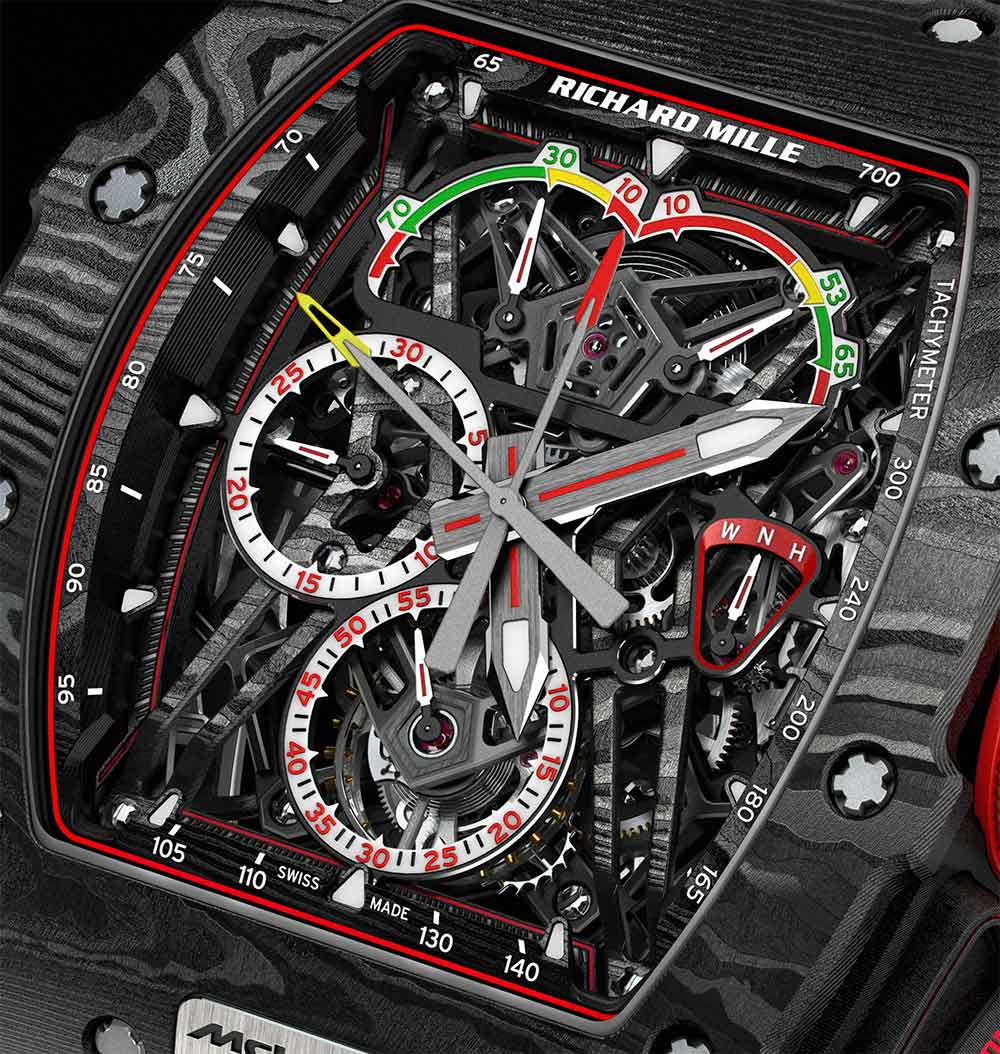 The watch is just over 44 mm wide and almost 50 mm from top to bottom. Its thickness is just over 16 mm. The crown has a function indicator, so that the three positions are displayed, Winding, Neutral, Hand Setting. In Richard Mille’s classic style, this is a watch in which the superb engineering is combined with a tonneau-shaped watch case that also determines the layout of the seconds scale, and so getting precise chronograph readings is impossible. But I guess that the purchasers of a watch of this type are not interested in actually using the chronograph function. 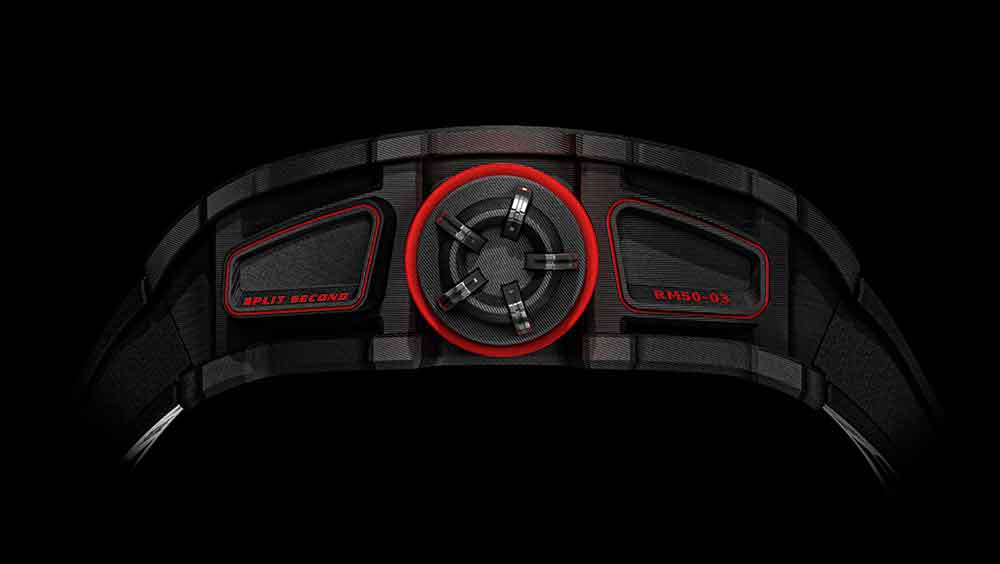 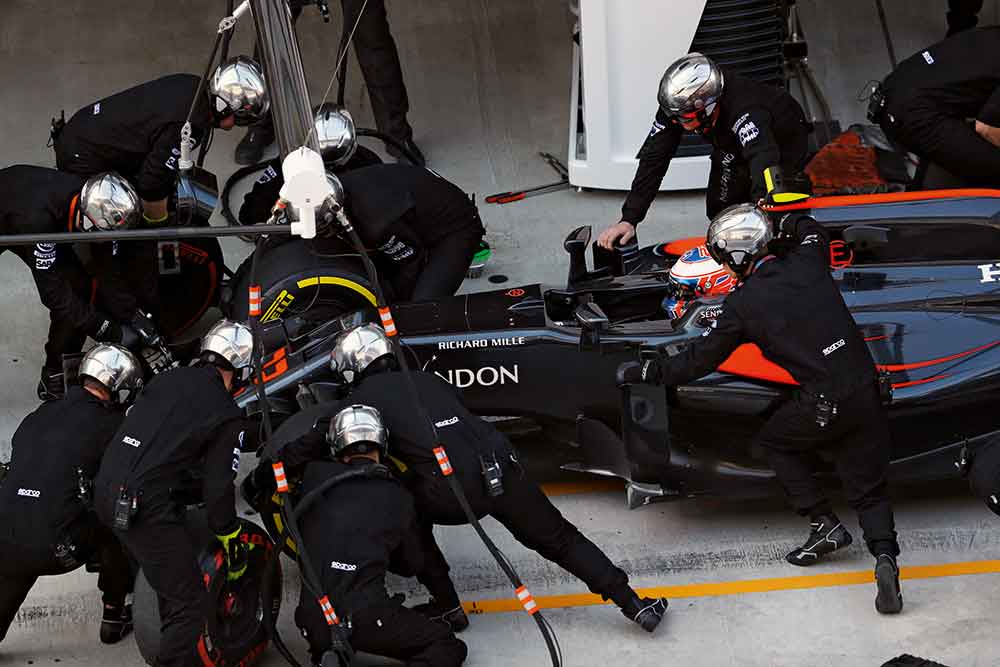