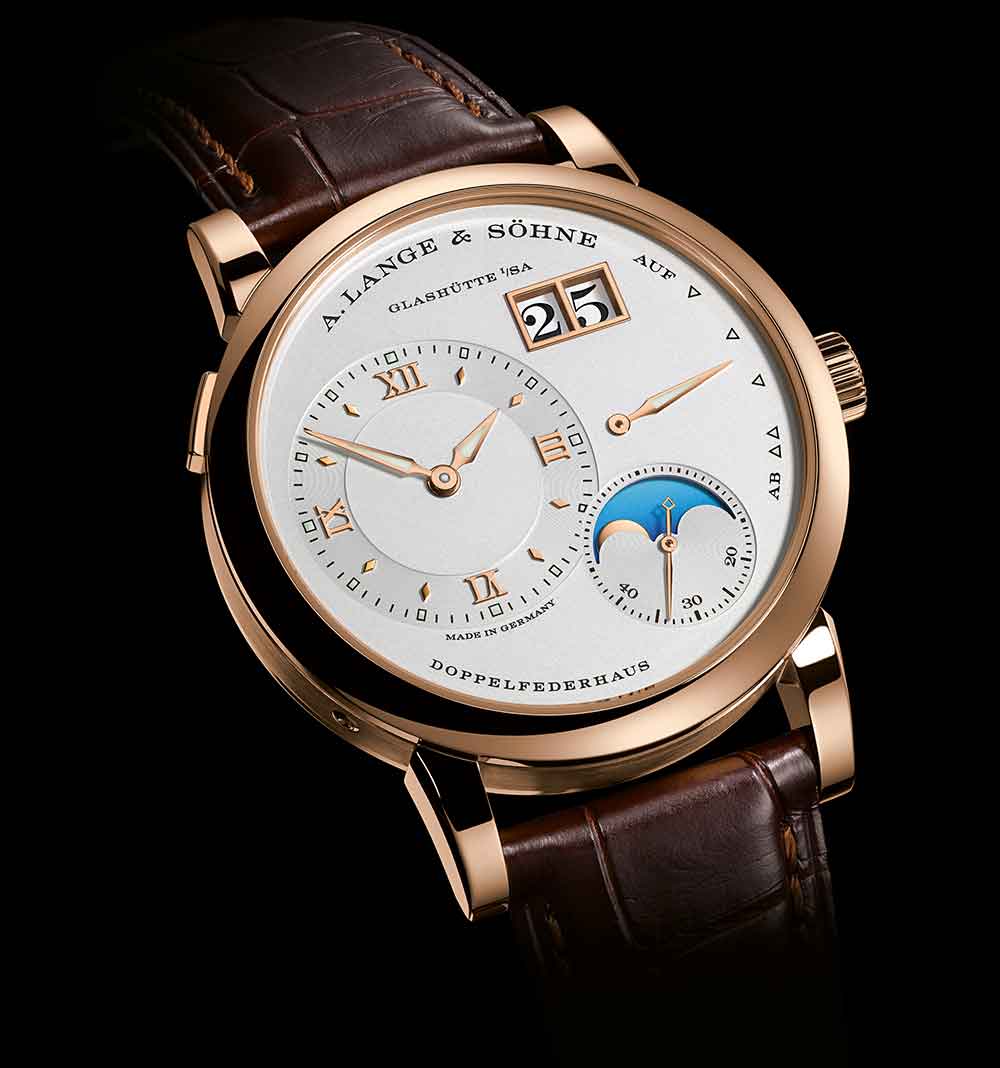 I saw this watch on the morning of 17 January 2017, at the watch show SIHH in Geneva, at a presentation that began on a sad note because the A. Lange & Söhne representative began by announcing that their company founder, Walter Lange, had passed away earlier that morning at the age of 92. The year before, he had been at SIHH and had been available for interviews as always. But life goes on, and so did the presentation, which began with the new Lange 1 Moon Phase. This watch first appeared in 2002, was extensively renewed with an updated movement in 2015, and this year it has been launched with another new feature.

The moon phase indicator now includes a day/night display. This is another brilliant intuition by a brand that have had many original ideas that seem obvious once introduced, but had never previously been done. The moon phase display operates as usual, with two gold moons rotating once every lunar month. Behind this, instead of the usual fixed background of dark blue sky and stars, there is another disc that rotates once every 24 hours, and suggests daytime with a bright blue sky colour, and night-time with a darker colour and laser-cut golden stars. This day/night indicator is useful when setting the watch, and it is also very beautiful. The blue is so bright that it seems to be neon-lit. 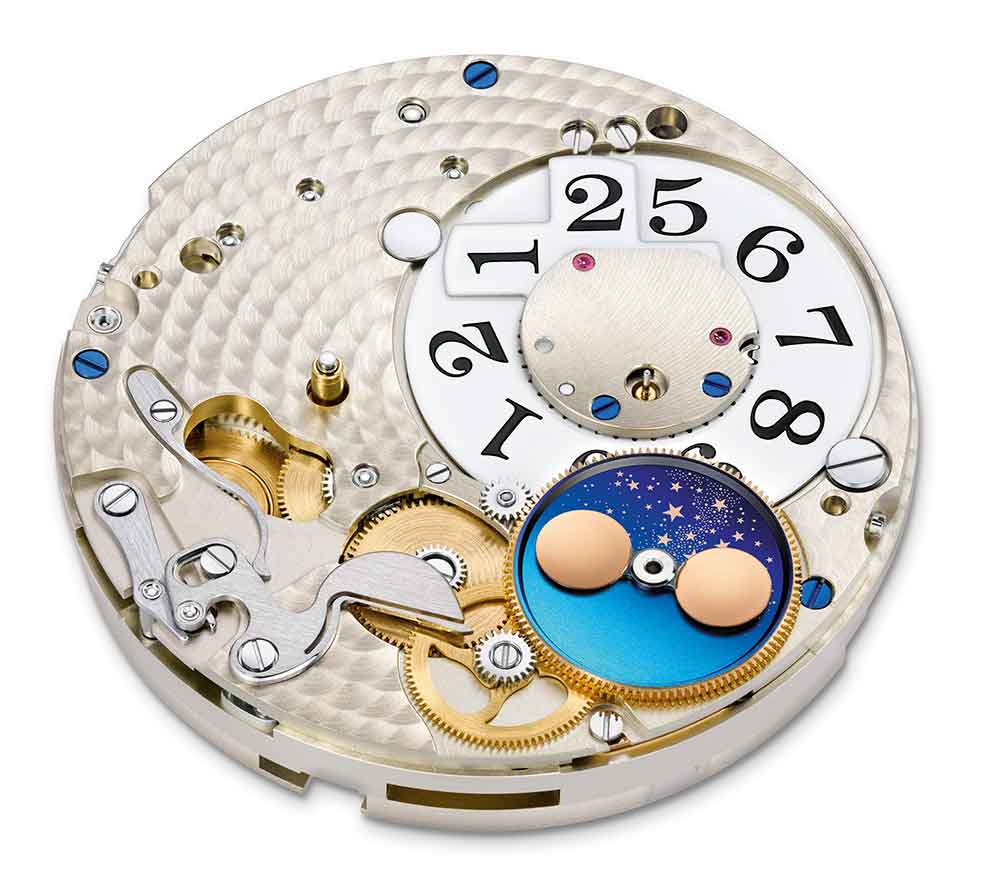 The L121.3 movement tracks the moon with great accuracy, with a deviation of one day every 122 years. Other features offered by the movement are the seconds hand that stops at 0 when the power reserve runs out. The movement is hand-wound, with a power reserve of 72 hours provided by twin mainspring barrels. It has 438 parts, including 70 for the moon phase display. The balance runs at 21,600 vibrations per hour (3 Hertz). 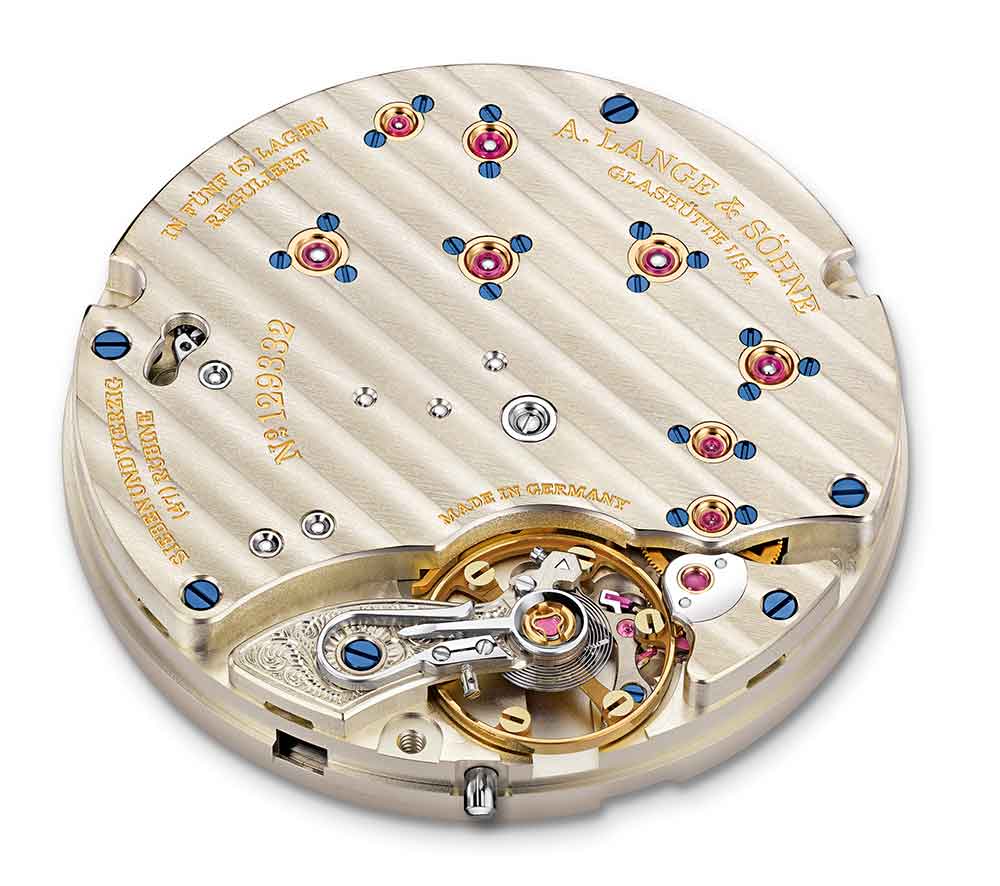 The crown is used for setting the time and winding the watch, with the stop-seconds feature for precision time-setting. There is a pusher for correcting the date, and a recessed pusher for adjusting the moon phase display. The case is 38.5 mm in diameter and 10.2 mm thick, so it’s wearable for just about all wrist sizes, with alligator strap and prong buckle. 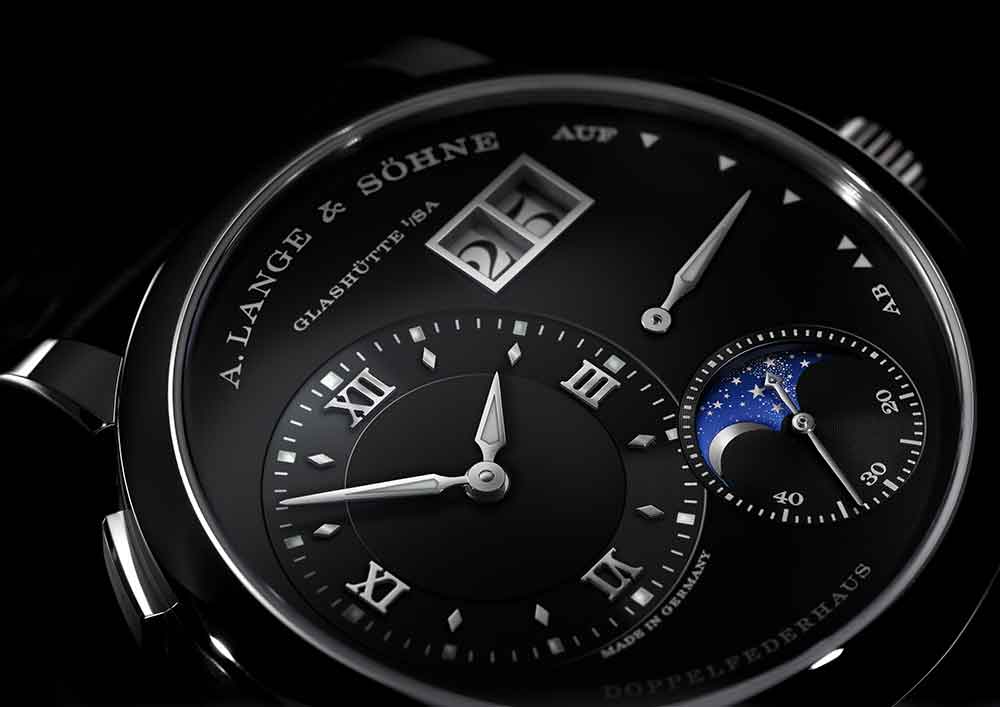 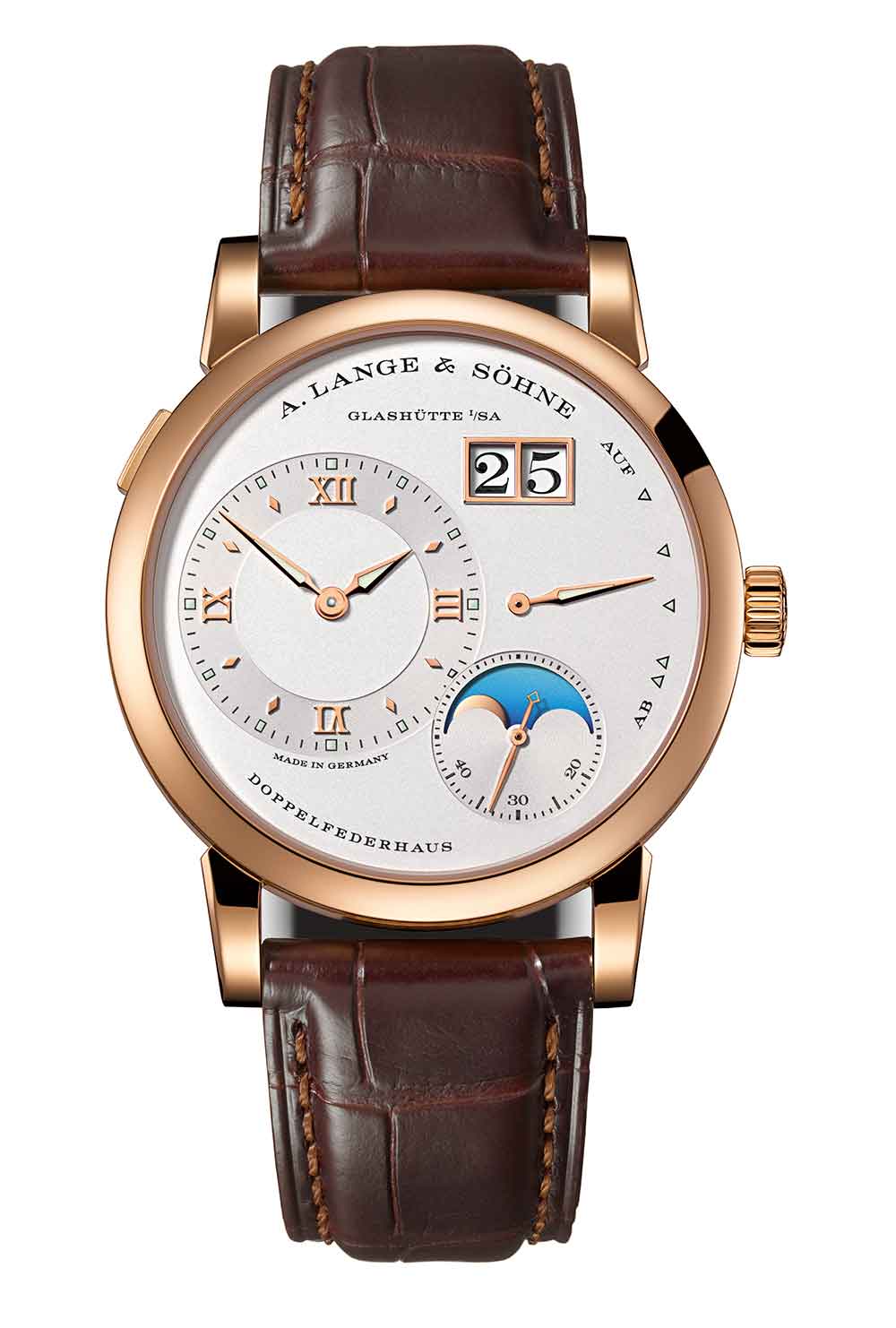 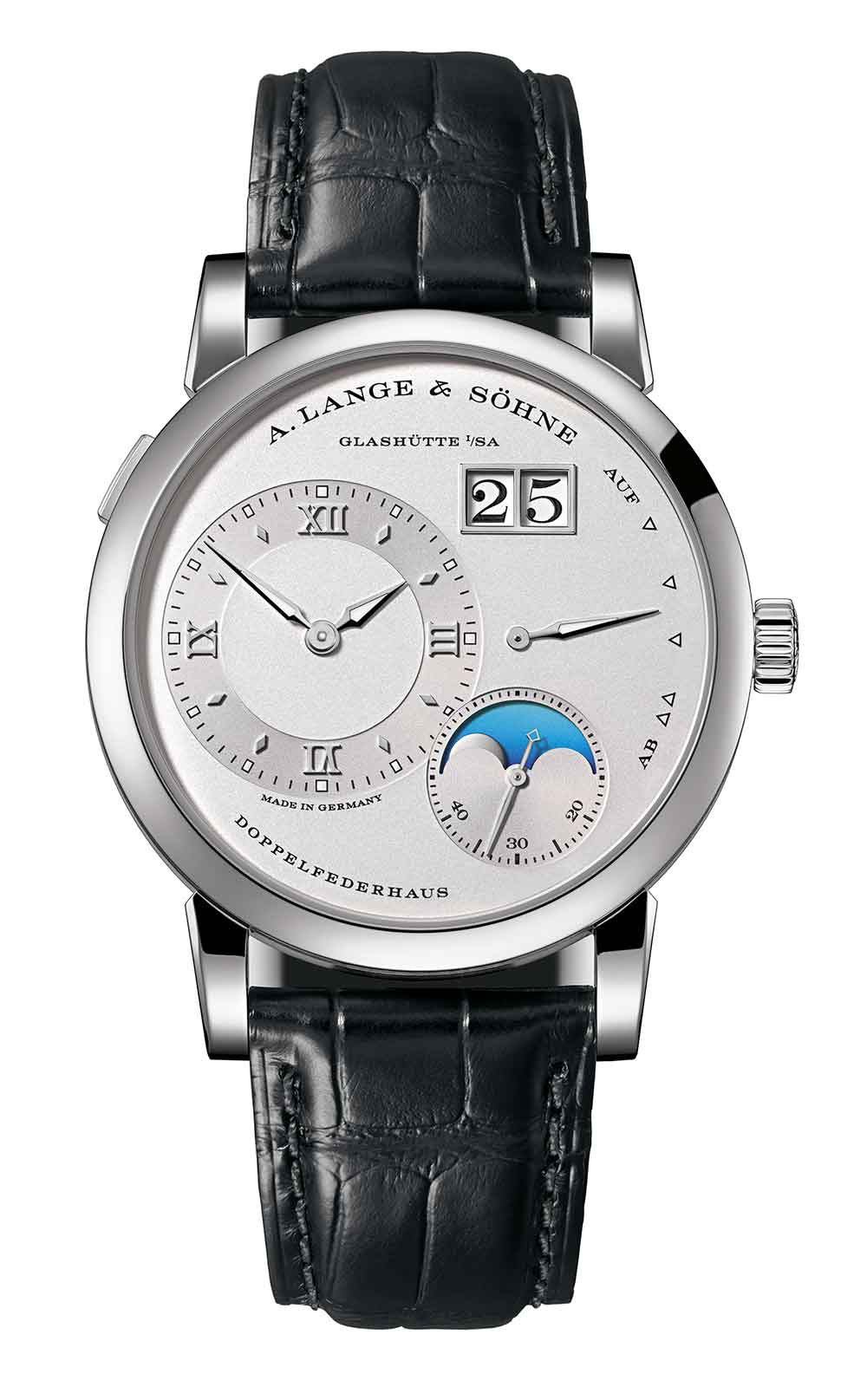