It’s as if some brands had giant ghosts drifting through the corridors of their Manufactures, the ghosts of dead watchmakers calling the people there, saying “remember us, your glorious past!” They are ghosts that make it difficult to design watches that belong to the future. For a brand like Girard-Perregaux, the ghost is very big, considering that the brand traces its origins back to 1791. Neo-Bridges, a watch presented at SIHH in January 2016, reflects their desire to create a timepiece that looks 21st century, and even though it contains elements from their heritage, they have been incorporated into a fairly modern design concept. 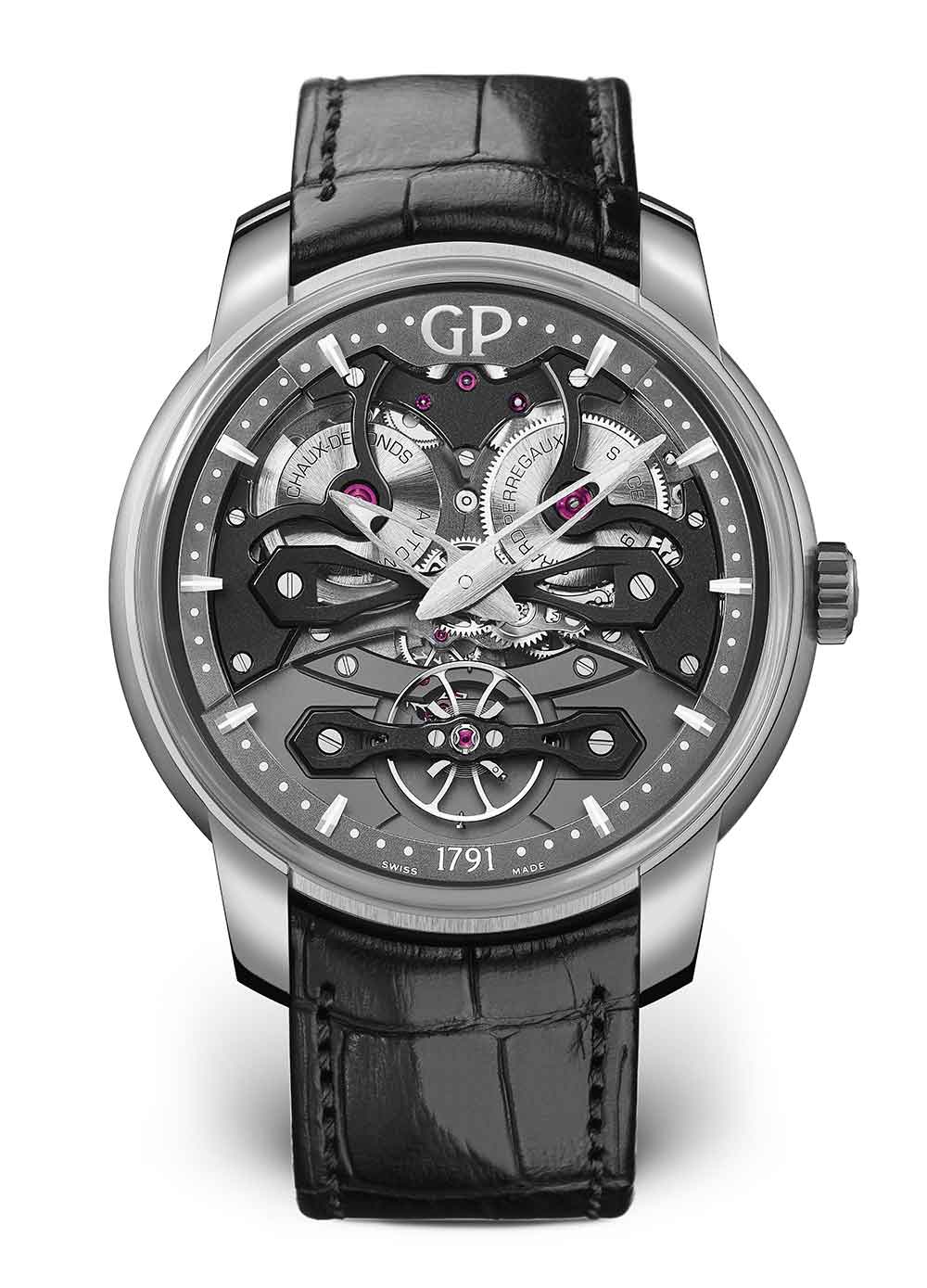 A retro-futuristic piece of kinetic art

Girard-Perregaux call Neo-Bridges “retro-futuristic.” The retro part recalls founder Constant Girard’s Esmeralda pocket watch dating to 1889, with its three gold bridges forming a fundamental part of the architecture and becoming unusually accessible to the owner by means of the opening caseback. Girard-Perregaux also recall Jean-François Bautte, whose workshop, launched in 1791, was purchased by Girard-Perregaux in 1906. Bautte specialized in ultra-thin watches, but also in timepieces that had a more theatrical approach to displaying the flow of time, as if the watch were a work of kinetic art. 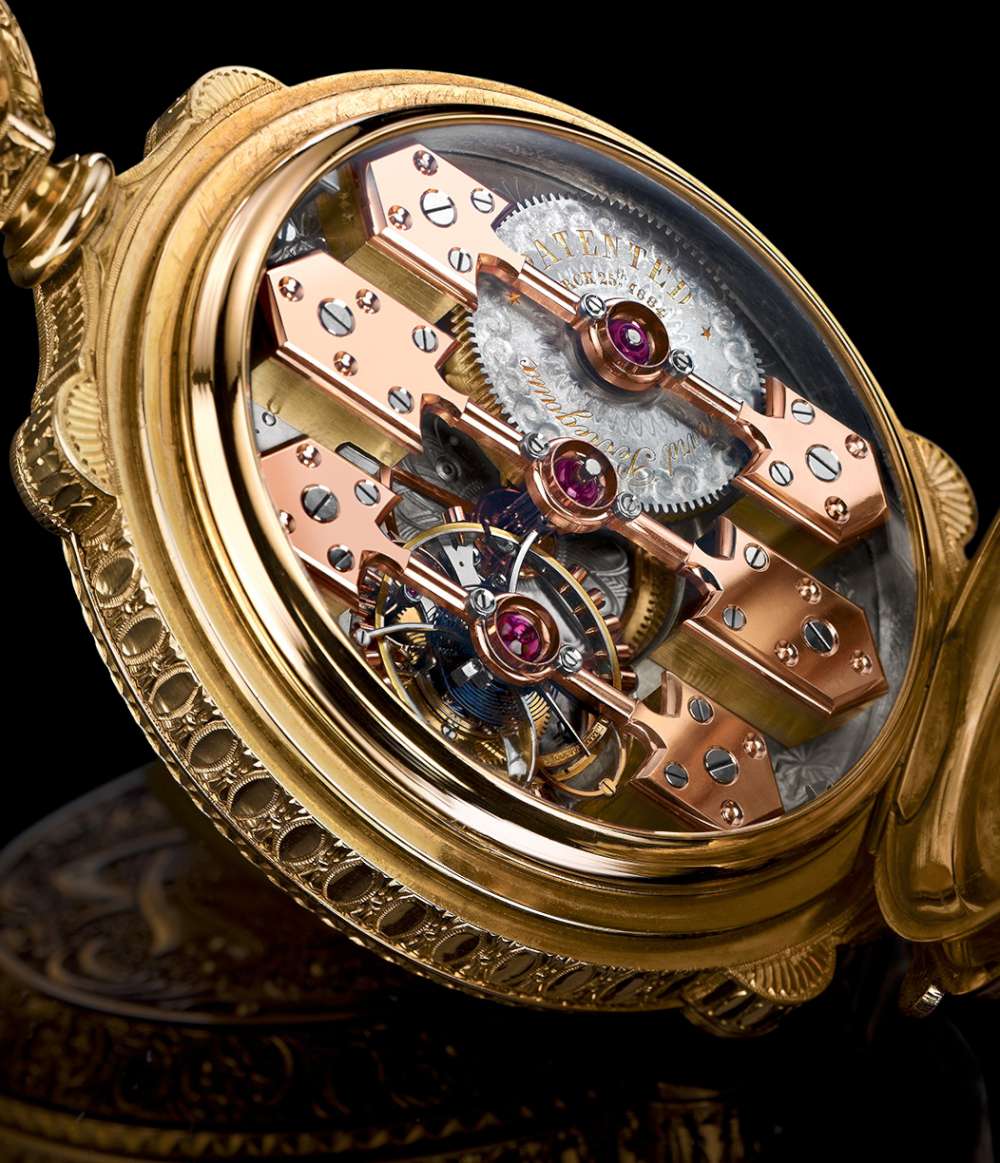 Neo-Bridges has a 45mm titanium case, 12.17 mm thick, water resistance 30 metres, on a dark grey alligator strap with a triple folding clasp also in titanium. A lot of the movement is open to view, and the designers have created an interesting symmetry around the vertical axis, with the micro-rotor and the mainspring barrel at the top, both engraved with lettering. The bridges are the fundamental part of the heritage, and the new feature is that they are used for a watch with a normal balance – up until now, Girard-Perregaux has used its arrow-shaped bridges for tourbillons. 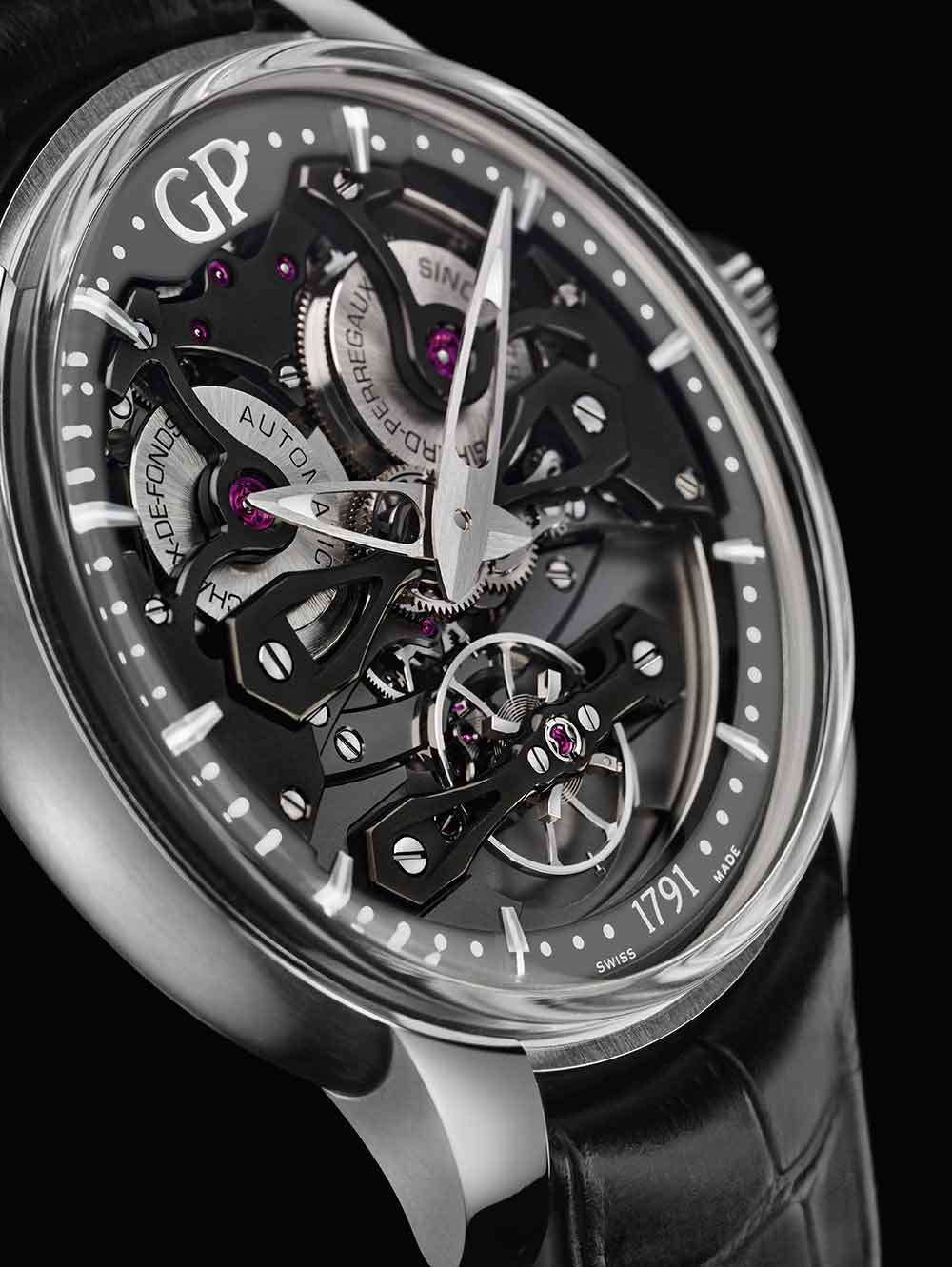 The kinetic sculpture aspect is enhanced by the large (10.15 mm diameter) balance wheel, oscillating at 3 Hertz, 21,600 vibrations per hour (there is a short video at the bottom of this post). Everything is in a modern dark colour, with a mainplate treated with NAC, and a PVD coating on the bridges. Hour and minute hands are equally modern in their design, with a luminescent coating. There is no seconds hand. 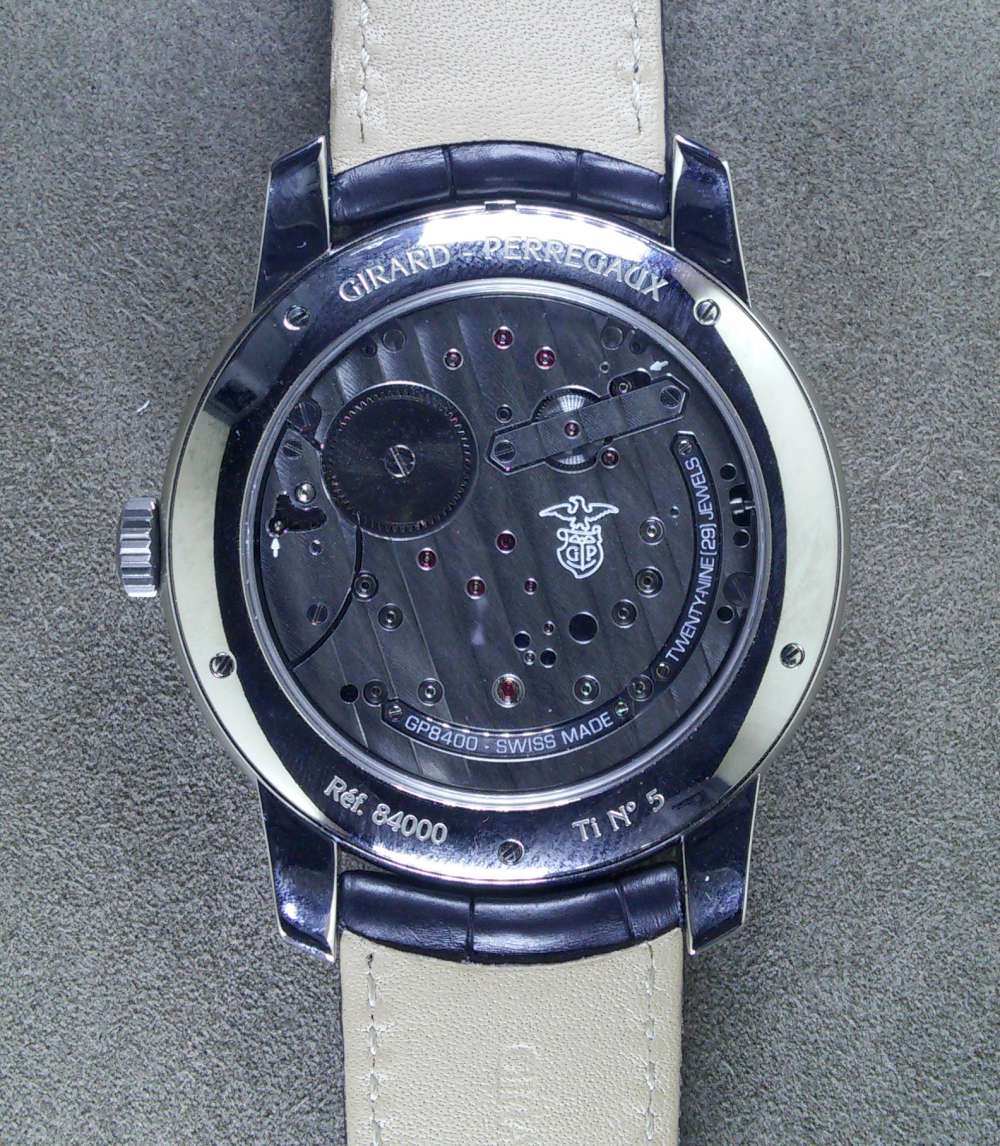 The movement is a new, self-winding calibre, GP08400, 208 components, providing 50 hours power reserve. The watch reflects the new approach of the company, as described by CEO Antonio Calce. “In the future, Laureato will be a fundamental product for Girard-Perregaux. The Three Bridges design is a Girard-Perregaux format, and the idea is to make it into a family of watches. There will be three price segments, the highest with a tourbillon in gold and titanium, then a medium range, and an entry-level range.” And so, while this year’s collection still featured two high-end tourbillon watches at €95,000 and €296,000, Neo-Bridges has the more accessible price of about €24,000.