The Greubel Forsey Tourbillon 24 Secondes Vision in white gold won the Aiguille d’Or at the 2015 Gran Prix d’Horlogerie de Genève, and to celebrate the success of this watch, which is genuinely different from most of Greubel Forsey’s timepieces, a version in platinum, with four new dial colours, has been introduced. The salmon-coloured version was introduced in late 2016, while the chocolate, blue and anthracite black versions have been added as from January 2017. 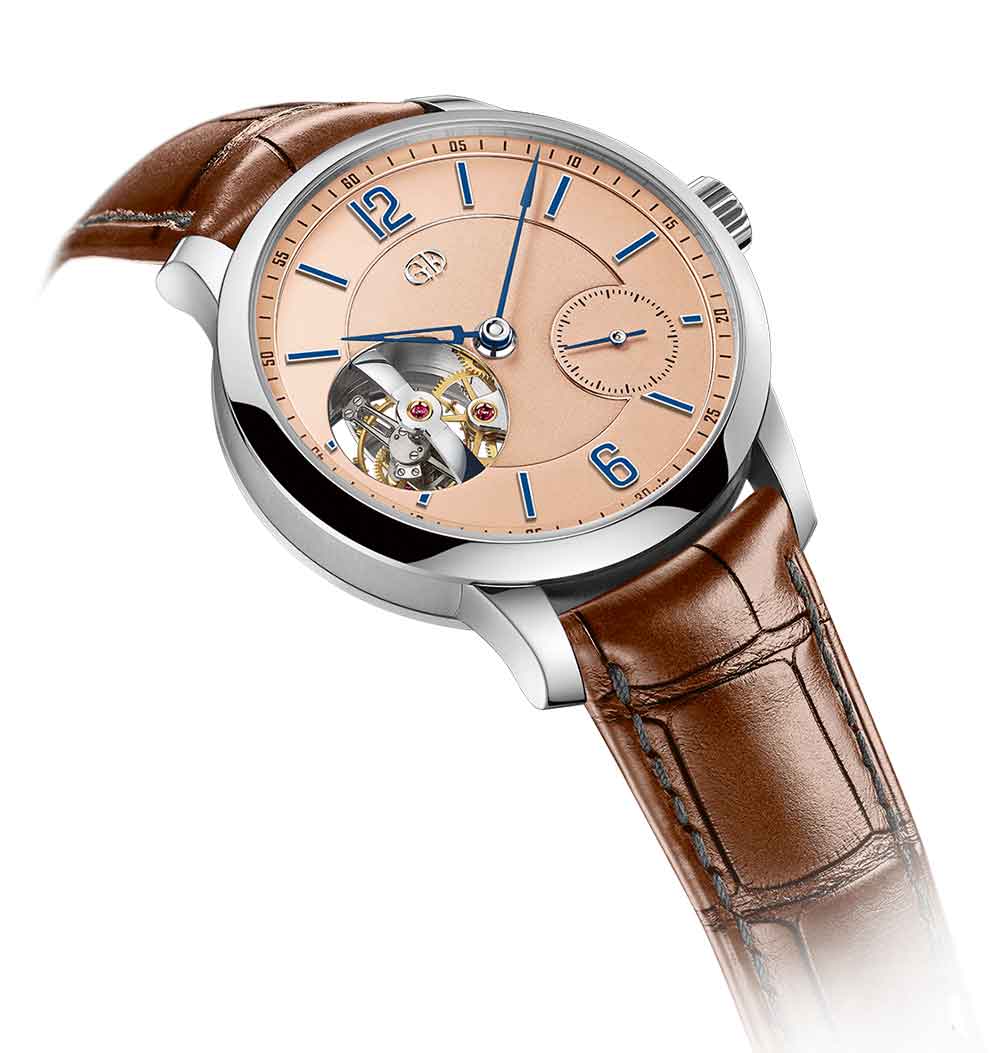 Light and space for the tourbillon

In this piece, extra light is brought onto the tourbillon by means of a crystal dome on the caseback. It sounds a bit uncomfortable, but in fact it projects just by 2.4 mm, and the brand say that they have designed it with an eye on the wrist’s bone structure so it should be perfectly comfortable. On the front, the tourbillon has a curved bridge that is very hard to make and finish, and in fact each one is signed by the artisan with his or her name. While the front of the watch is relatively simple, highlighting principally the 24-second tourbillon, the reverse is very rich in appearance, with power reserve indicator and carefully polished bevels. To ensure good visibility of the caseback, the strap has a pin buckle and not a deployant closure.

The watch is powered by the Calibre GF01r hand-wound movement, with two series-coupled barrels providing 72 hours power reserve. The case is 43.5 mm in diameter, and 13.65 mm thick (except at the sapphire dome, where the thickness reaches 16 mm). The dial has engraved indices filled with grand feu enamel, or gold appliqués, according to the dial version.

The Tourbillon 24 Secondes Vision in platinum is not a limited edition, but only a few pieces will be made every year. The price of the watch is 310,000 Swiss francs plus tax. 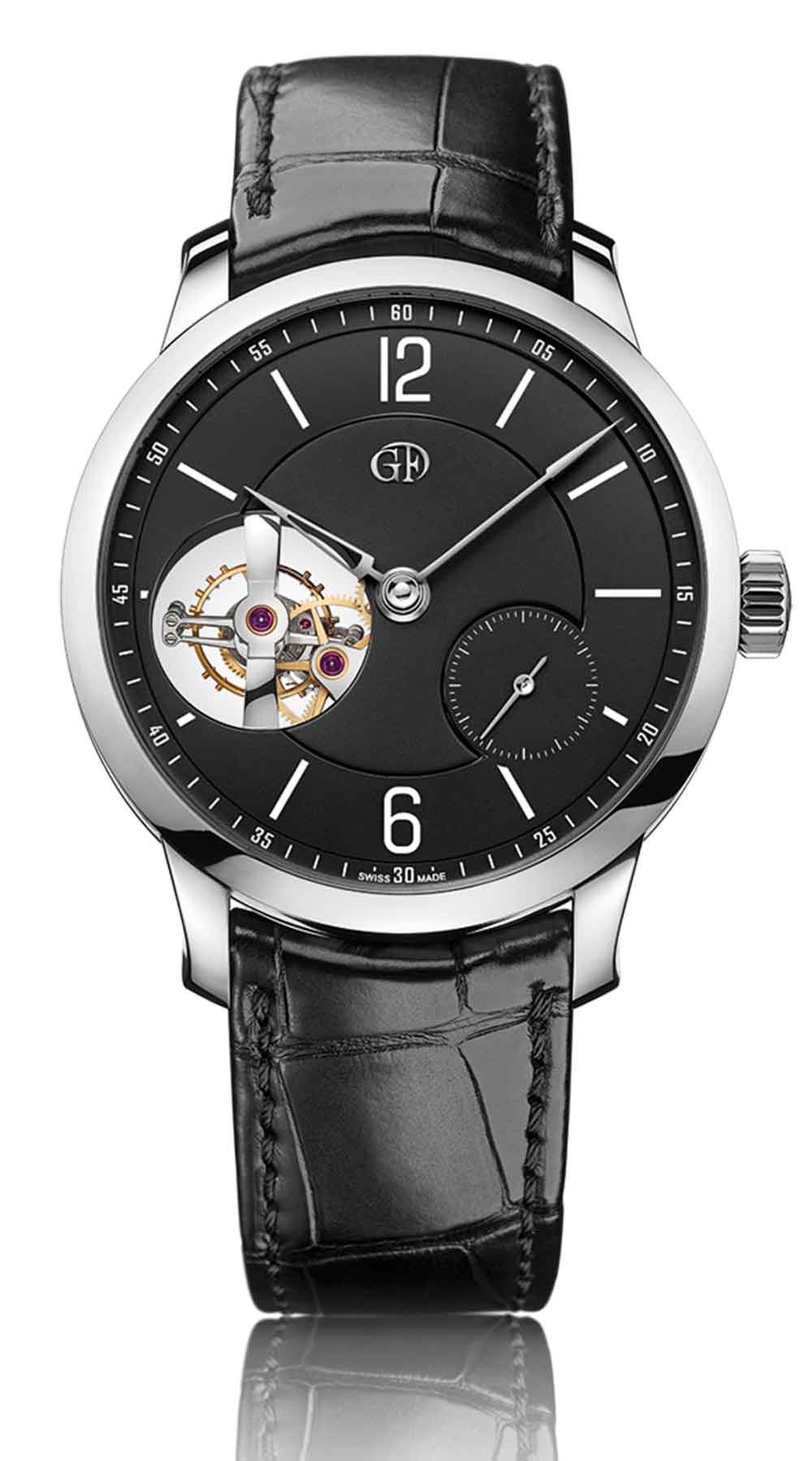 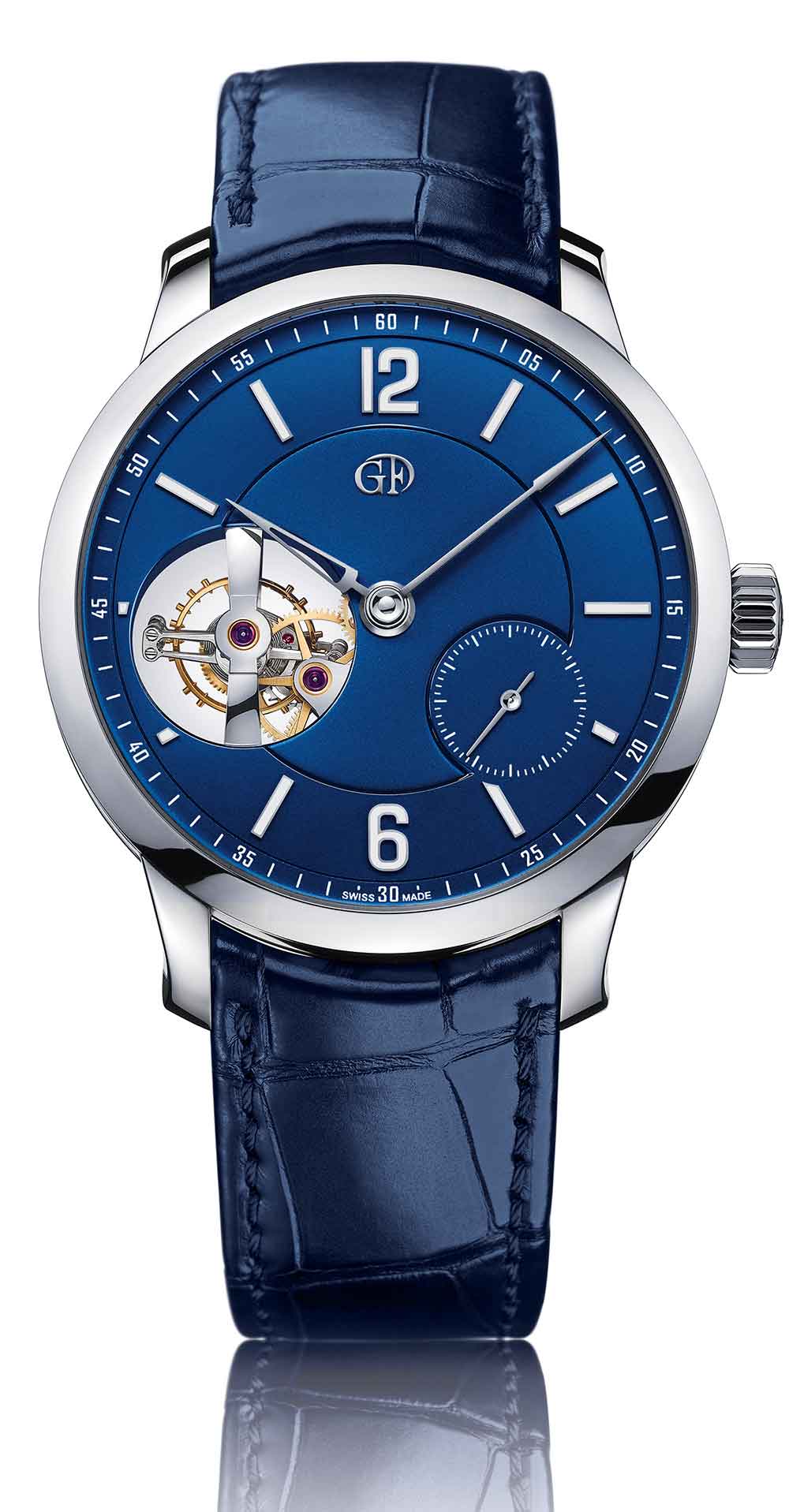 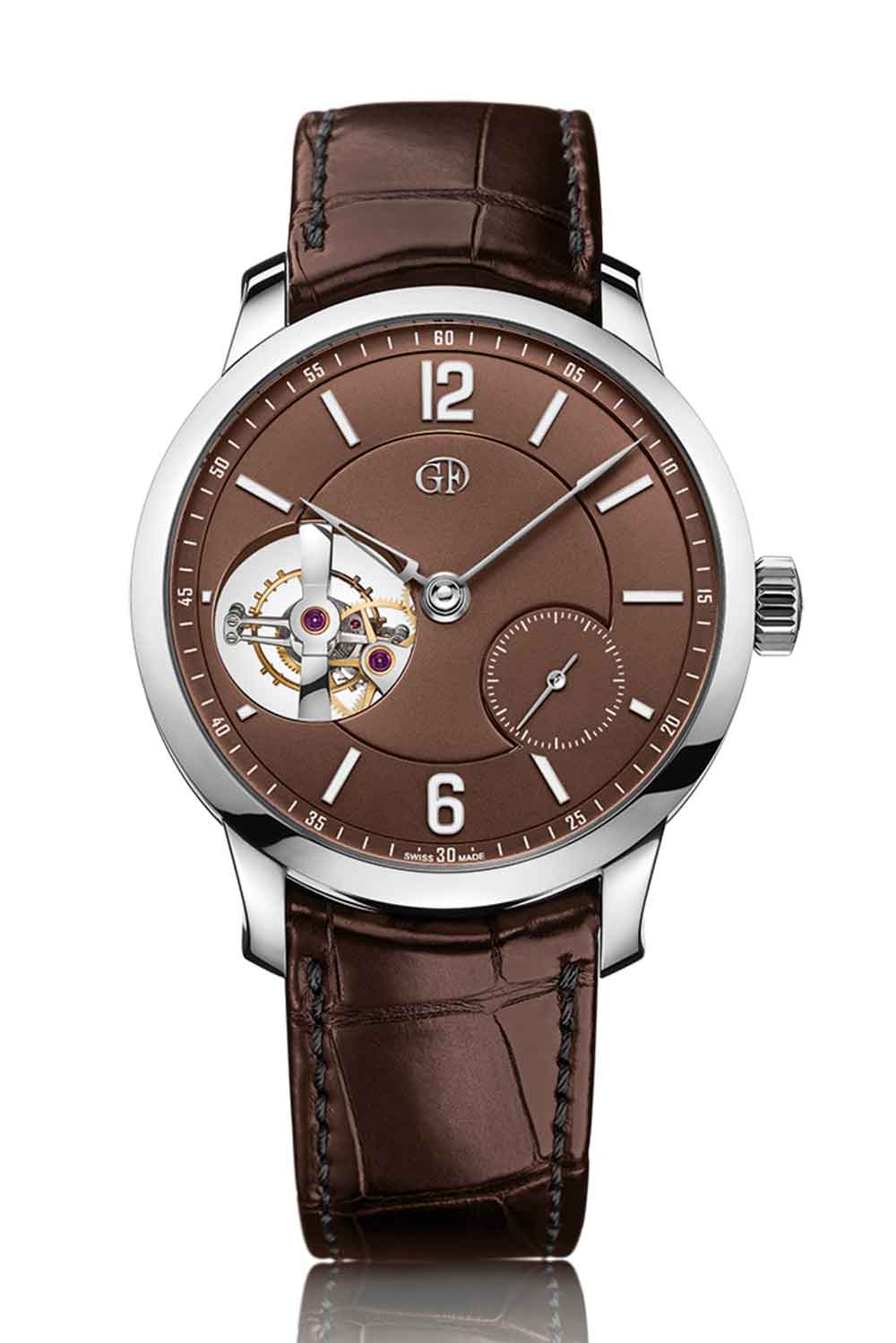 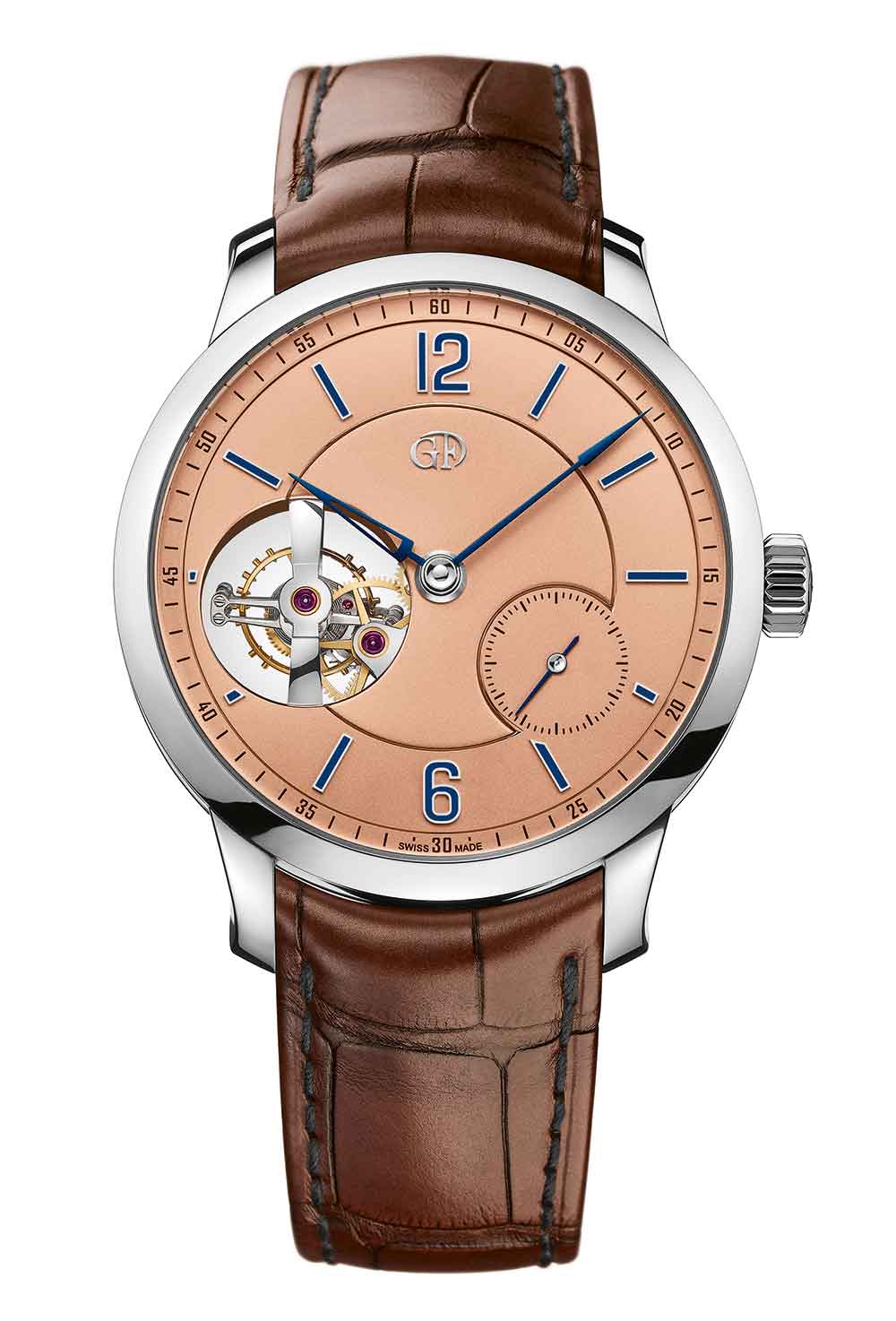