The Tourbillon Rétrograde Chronograph is the highest-priced watch in the new Da Vinci collection by IWC, and it includes three complications: tourbillon, chronograph and retrograde date. It is powered by the new in-house 89900 calibre, self-winding, running at 28,800 vibrations per hour, 4 Hertz. It has some significant technical features. 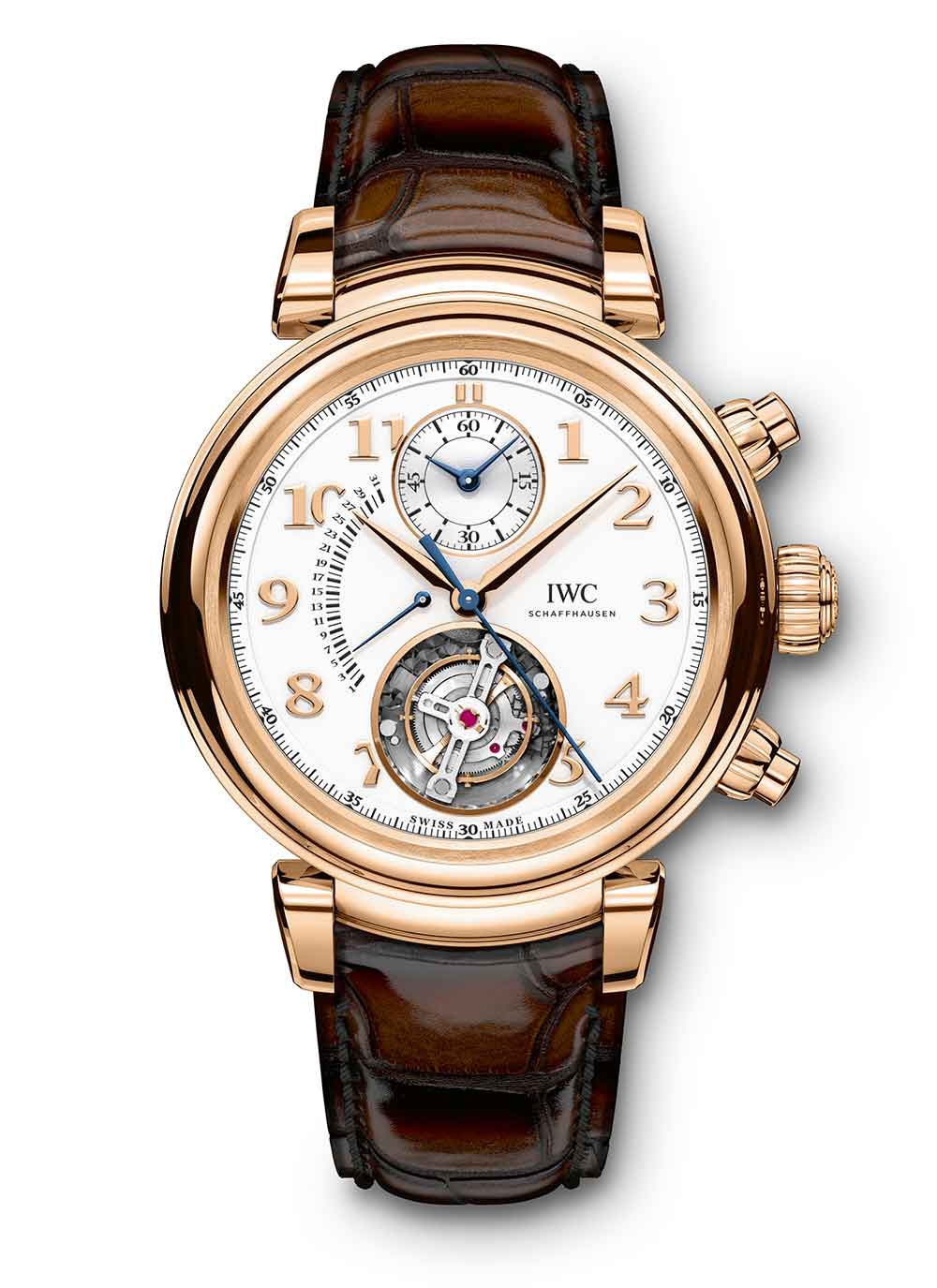 Advanced materials in the 89900 movement 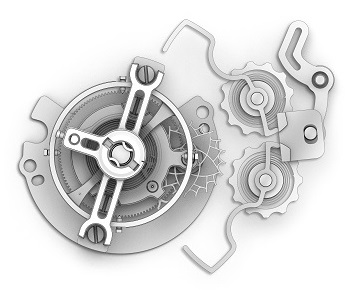 The flying tourbillon at 6 o’clock has a stop-seconds function based on two levers that grip the balance ring. This allows the balance to be stopped when the crown is pulled out to the time-setting position. Another feature, visible through the circular tourbillon window, is the unusual escape wheel, with a design reminiscent of Leonardo da Vinci’s geometrical sketches, but that was in fact computer-generated for optimum strength and rigidity. The escape wheel and the pallet are in diamond-coated silicon, which is very hard and reduces friction. The 89900 calibre provides a 68-hour power reserve.

The retrograde date display on the left is an unusual and attractive feature. It has to be adjusted for months with less than 31 days, and this is easy, with adjustment performed using the crown. 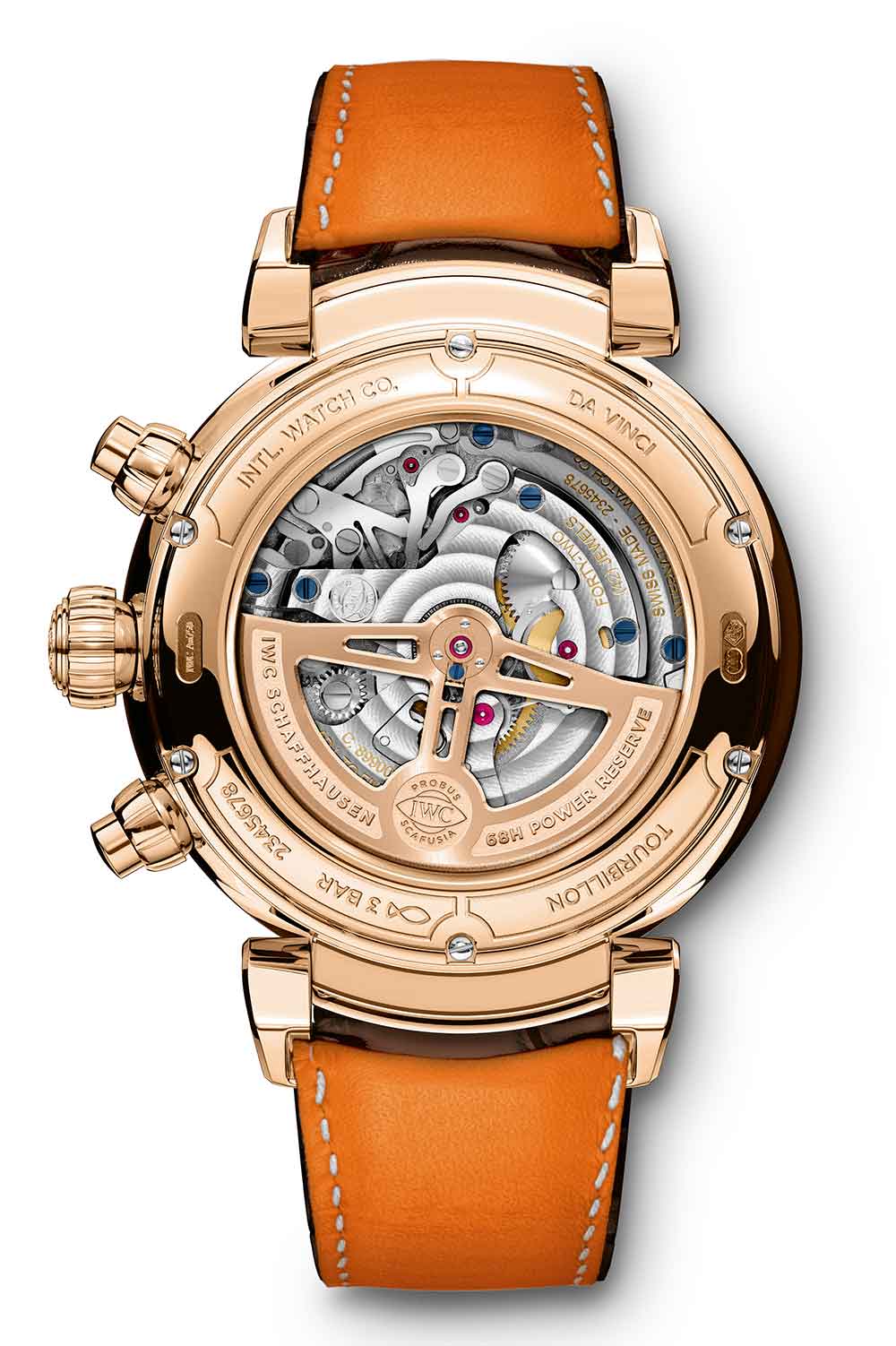 The watch is large, at 44 mm diameter and 17 mm thickness. The case is in red gold with dark brown alligator strap by Santoni, and a red gold folding clasp. Water resistance is 3 bars. 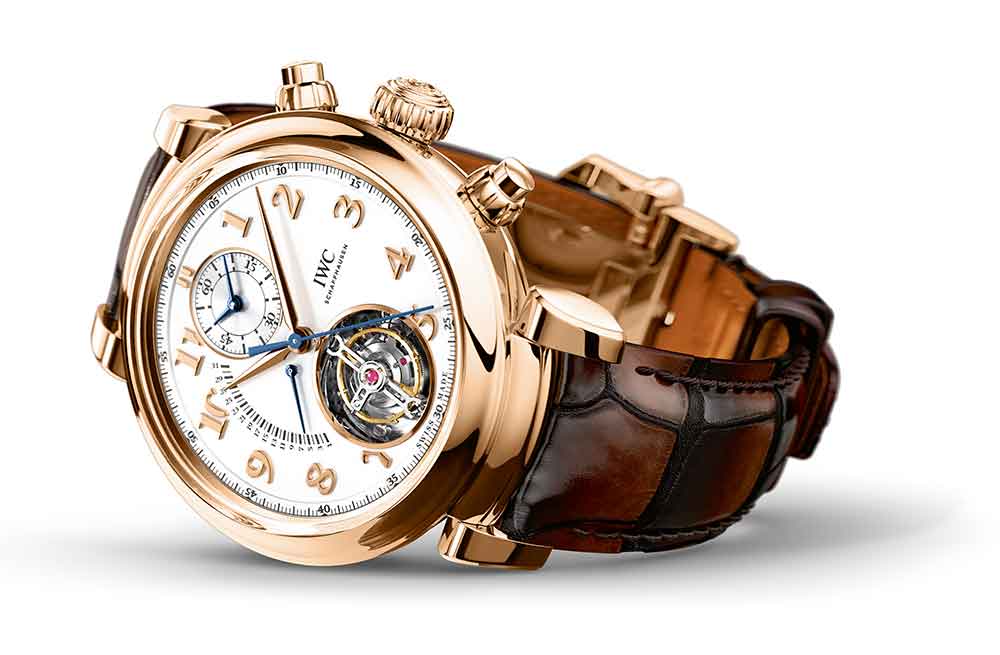 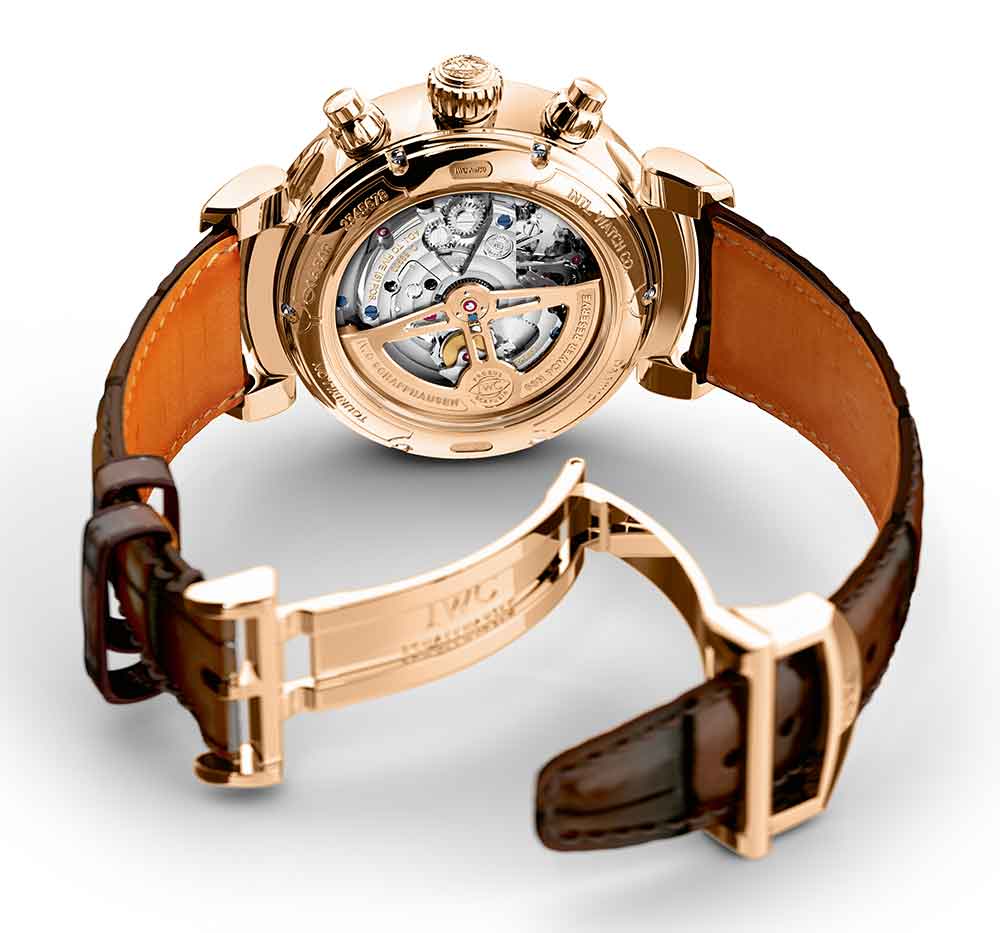