In 2017, Jaeger-LeCoultre presents three new versions of watches in the Duomètre range, all with magnetite grey dial and pink gold case. The Sphérotourbillon is a superb watch, packed with significant content, refined over the course of the years. This version of the Sphérotourbillon looks far more modern than the previous model presented in 2012, which had a white dial and lots more texts. It has become more sleek, focusing the attention to an even greater degree on the tourbillon. 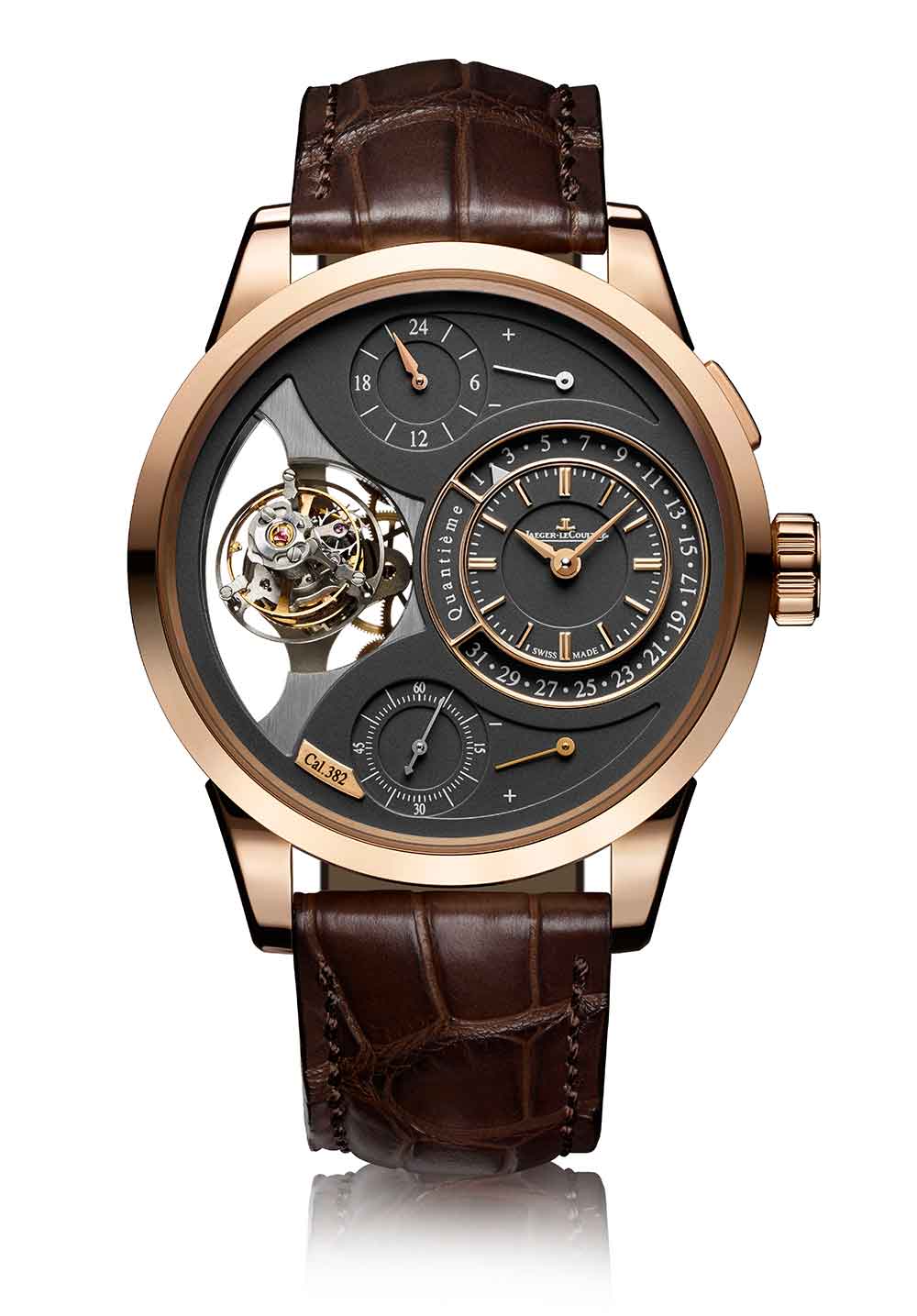 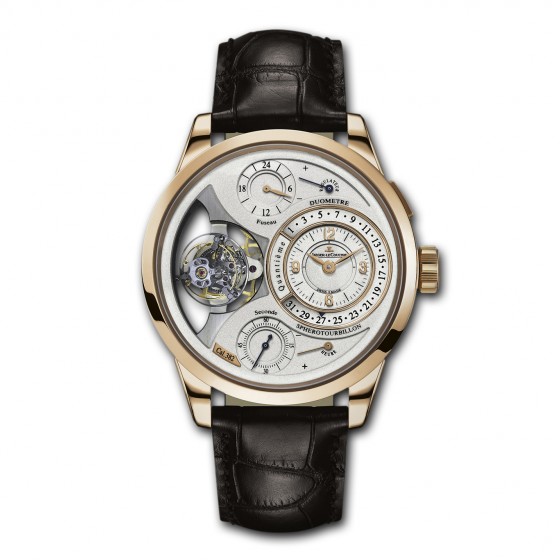 The previous version of the Jaeger-LeCoultre Duomètre Sphérotourbillon, reference 6052520

Even in its new simplicity, there is a lot going on. The hours and minutes dial on the right has a peripheral date indicator on a scale set on a lower level. At the top of the dial is a 24-hour indicator which can be used for a second time zone. At the bottom, there is a subdial for seconds, with a unique function: the pusher at two o’clock acts like the flyback function of a chronograph, and returns the seconds hand to zero. This enables the user to set the watch with precision and see just how accurate the movement is. During this operation, the balance of the tourbillon keeps running, so that you can take your time waiting for the seconds signal to come round without having to worry about the minutes hand getting behind. Lastly, there are two power reserve indicators, one at the top, one at the bottom. Not many tourbillon watches have a stop-seconds function. Even fewer have a seconds subdial – most tourbillon watches indicate the seconds by means of an arrow on the tourbillon carriage itself.

At the top and bottom of the dial are two power reserve indicators. These reflect the the Dual-Wing concept that underpins the Duomètre series. While the watch has a single regulator, in this case the tourbillon, there are two sources of power (two mainspring barrels), one for the time indications, one for the complication, in this case the tourbillon. The two barrels can be wound separately from the crown by winding clockwise for the time functions and counter-clockwise for the tourbillon. The crown is also used to adjust local time and date, and, pulled out to the second position, to adjust the 24-hour reference time. 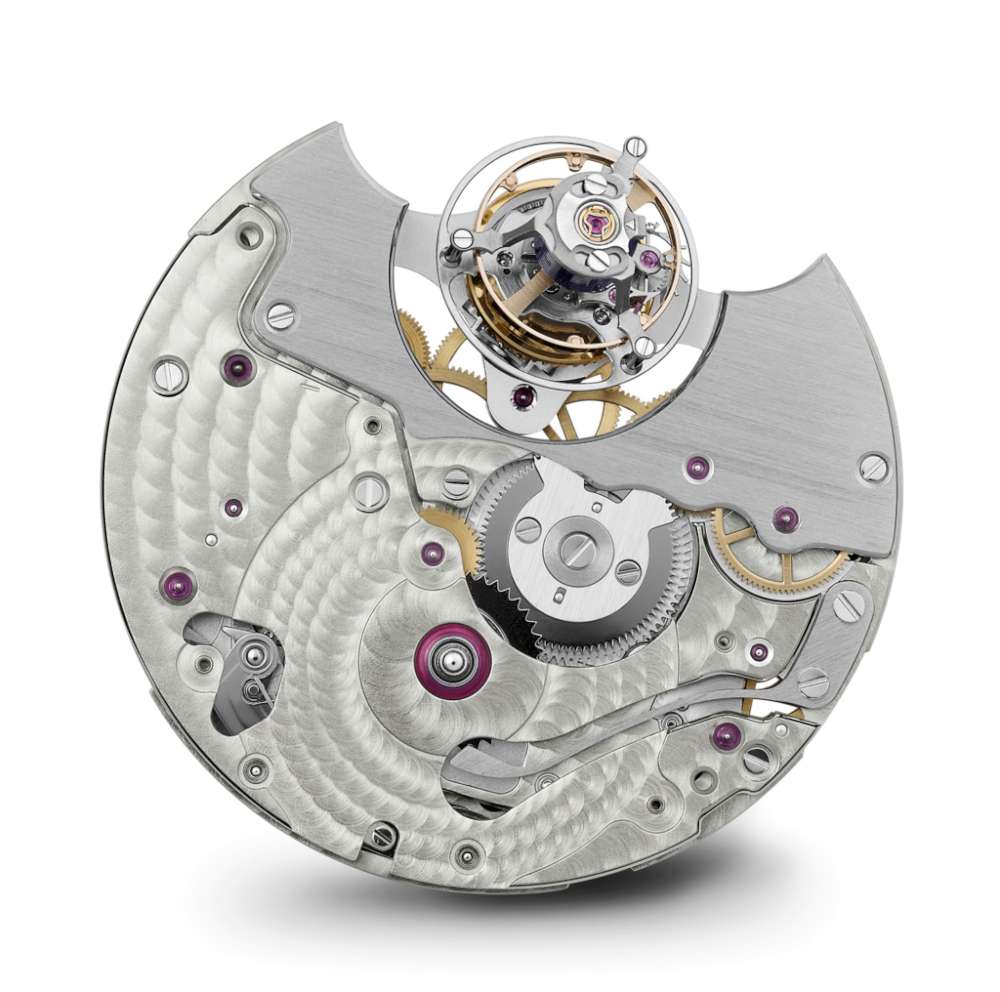 The star of the show is the tourbillon, which rotates about two axes, one concentric with the carriage, and one inclined at 20°. The two rotations are at different speeds, 30 and 15 seconds per rotation respectively. The result is a bit like the movement of an inclined spinning top. The balance spring is cylindrical and not flat. All these features are designed to improve precision by alleviating the effects of gravity on the regulator. But of course, the main function of this spectacular tourbillon is to provide a piece of mechanical theatre. It’s hypnotic to watch. 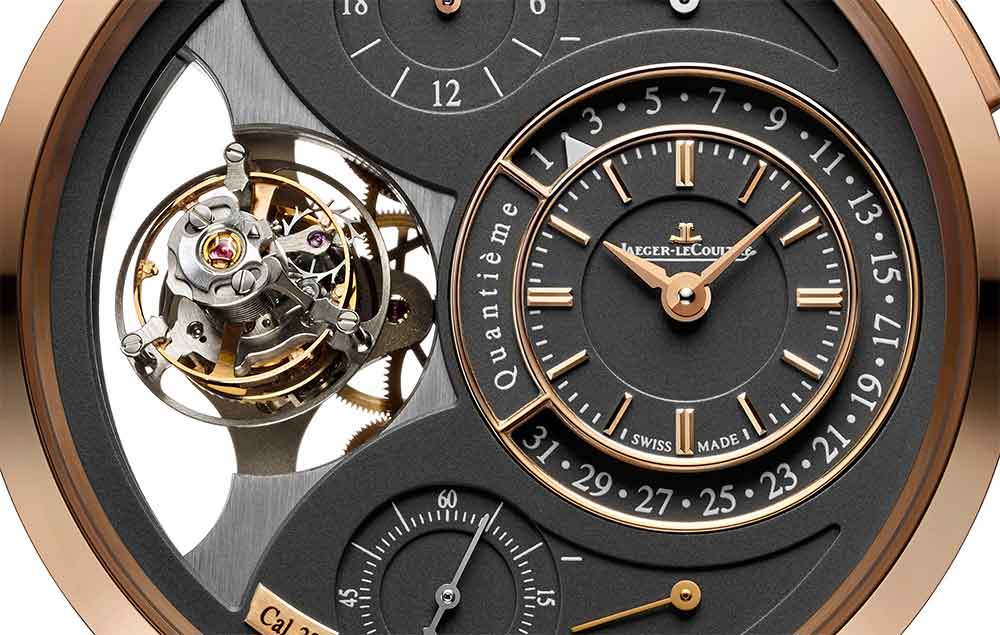 The caseback is in sapphire crystal, and this increases the sense of transparency when you look at the watch from the front. From behind, you can see the bridge of the hand-wound Calibre 382 movement finished with its radial Jaeger-LeCoultre “côtes soleillées” waves, along with all the other hallmarks of fine watchmaking, such as perfectly-bevelled edges, blued screws and so forth. The movement has 460 parts, 105 for the tourbillon alone. The balance runs at 21,600 vibrations per hour, 3 Hertz. Total power reserve is 50 hours. The pink gold case is 42 mm in diameter and 14.1 mm thick, water resistance 5 bar. 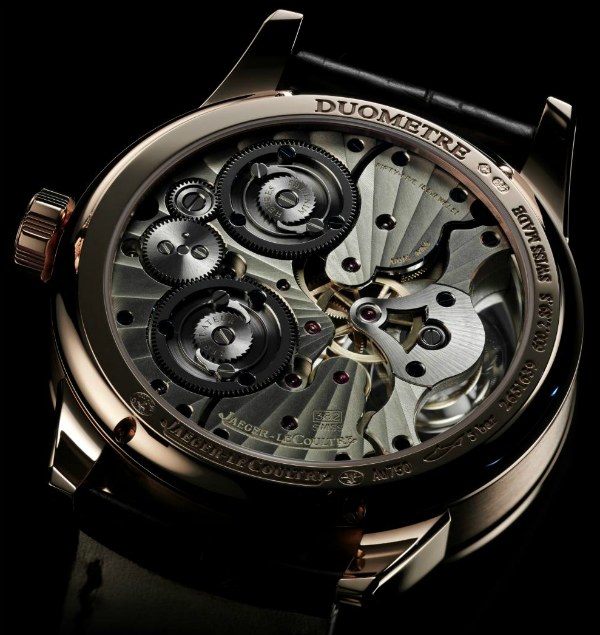