The 1941 Remontoire is the fourth watch introduced by the horological brothers Bart and Tim Grönefeld. They have already achieved a lot: an independent watch brand based in Oldenzaal, in the Netherlands, is in competition with the “Swiss Made” concept. Their movements are hand-crafted in-house, and so their watches are not cheap. But business is going well, the 1941 Remontoire won a prize at the GPHG “watches Oscars” awards, and they are attracting increasing attention from collectors searching for high-end timepieces that can be personalized. As you can see in the videos below, you can choose the dial colour and guilloché combinations. 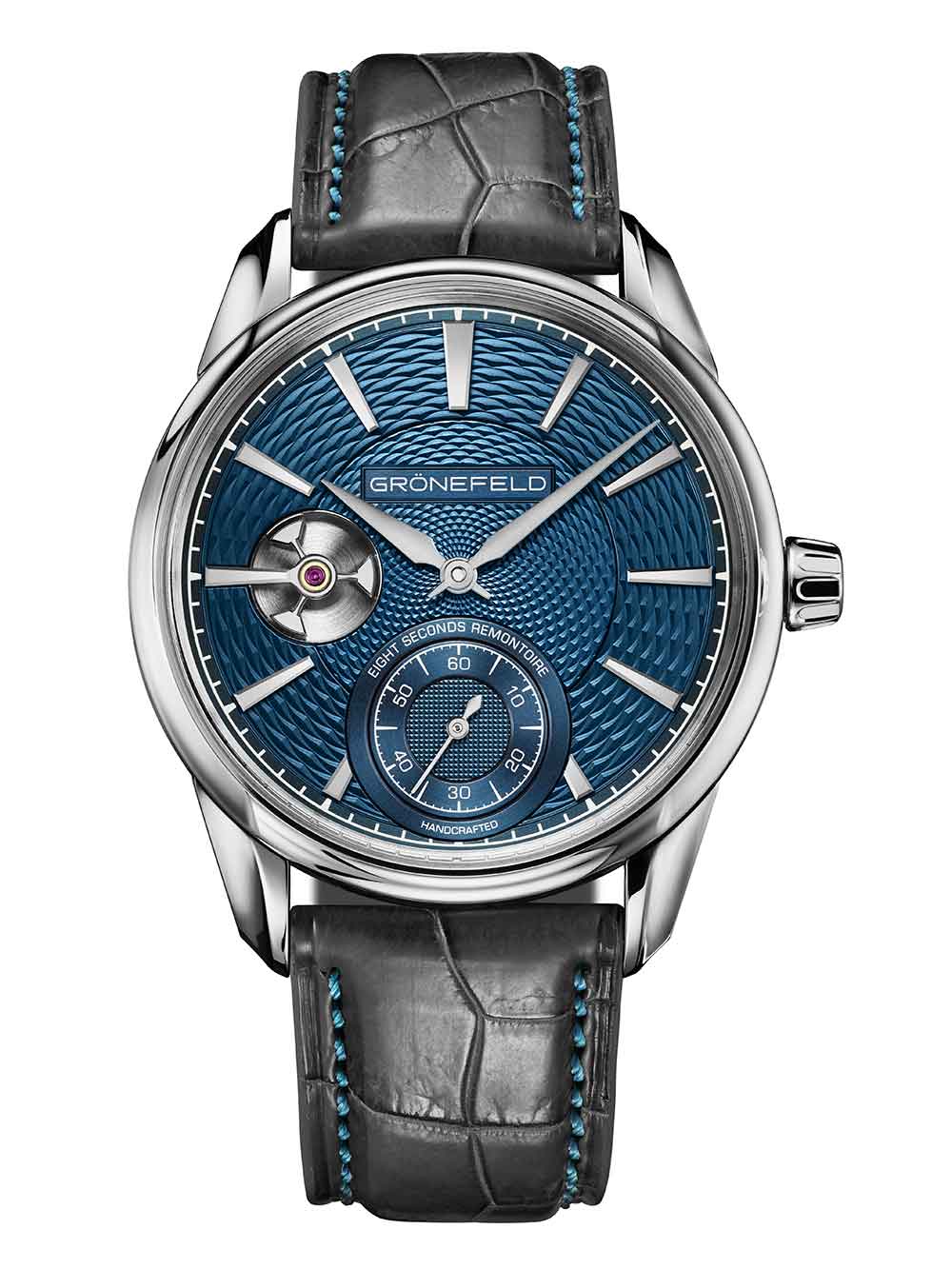 The piece shown in the image above is made in collaboration with Kari Voutilainen, famous for his engine-turned “guilloché” solid silver dials. The dial is then enamelled by specialist Inès Hamaguchi. Enamel is a form of glass, and so, unlike paint, it doesn’t fade in UV light and will retain its lustre for decades or even centuries.

The 1941 Remontoire is available in cases in red or white gold, or stainless steel. The 1941 case is named after Bart and Tim Grönefeld’s father Sjef’s year of birth, and it is distinctive for its complex curves including some concave recesses. The lugs are made separately and fixed with screws accessible from inside the case. So they can be replaced if necessary. It is 39.5 mm in diameter and 10.5 mm thick, with a sapphire caseback. 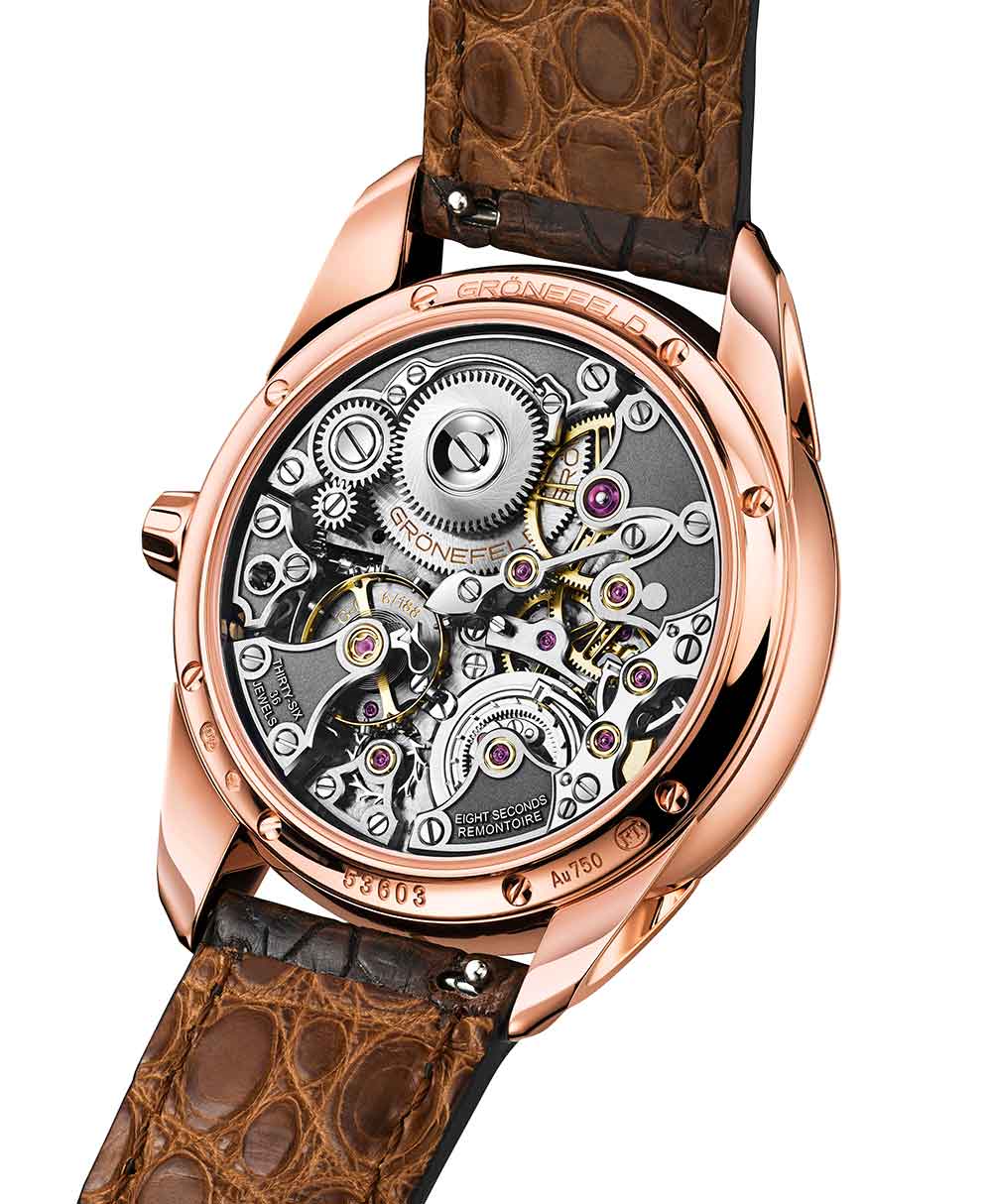 The Remontoire movement has a constant force system to ensure that over the entire course of the power reserve, the energy delivered to the balance wheel remains exactly the same. This improves precision. It achieves this by delivering energy from the mainspring to a small hairspring that accumulates energy and then releases it once every 8 seconds. The nice thing about this movement is that you can see this happening on both sides of the watch, with the release system visible through the caseback, and a rotor that spins briefly once every 8 seconds on the dial.

This type of movement has a special significance for the Grönefeld brothers. They grew up near a church with a clock that was maintained first by their grandfather Johan and then their father Sjef, who introduced them to the mechanics of this timepiece made in Holland in 1913. It has a constant force movement that advances the minute hand once every 30 seconds, with a jolt of energy sufficient to break the ice that may have formed on the pivot of the hands in cold weather. Such was Holland in the days before global warming.

The watch has a double-sided beauty. From the front, the hand-crafted dial, and from the back, the movement, with stainless steel bridges whose outline recalls the bell gables of Dutch houses. They have a contrasting finish, polished hand-bevelled edges and sandblasted surfaces at the centre. Gear train wheels have a Grönefeld design, with five double spokes. Traditional watchmaking skills can be seen in the mirror polished screws with chamfered rims and slots, the gold chatons used for some of the ruby bearings, and a variety of surface finishes. 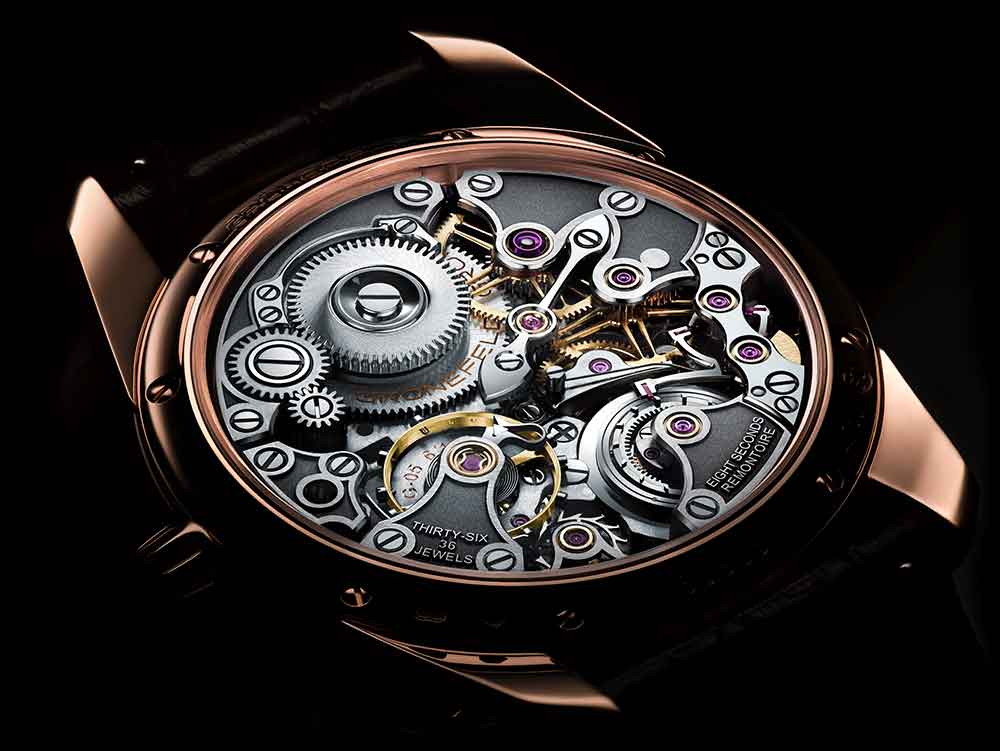 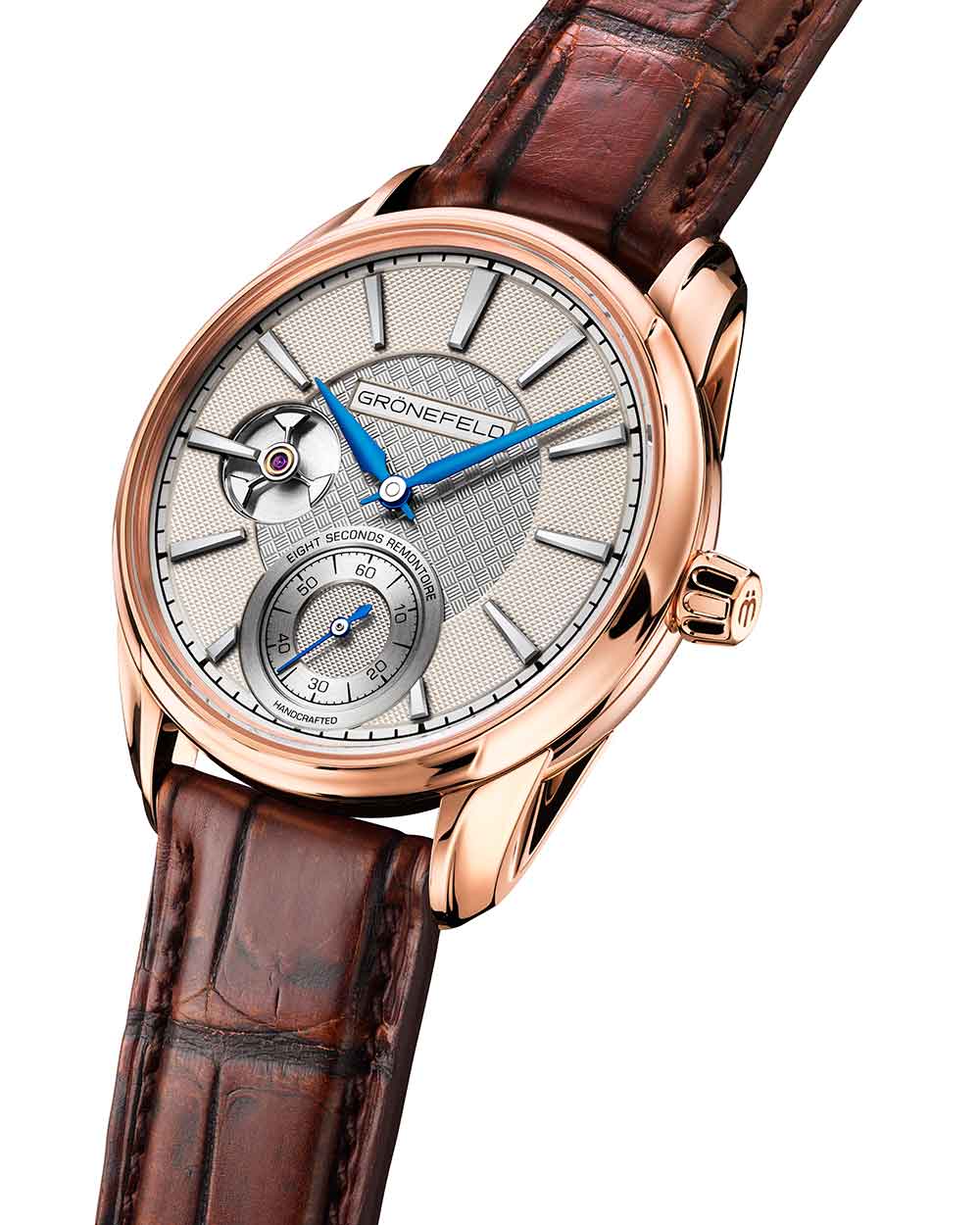