The Venturer Small Seconds XL Paramagnetic by H. Moser & Cie. has a balance spring made from the new alloy PE5000, developed by the company Precision Engineering AG, part of Moser Watch Holding. PE5000 is shock-resistant and paramagnetic, and, after a development period of 7 years, it is now being used in a watch for the first time. 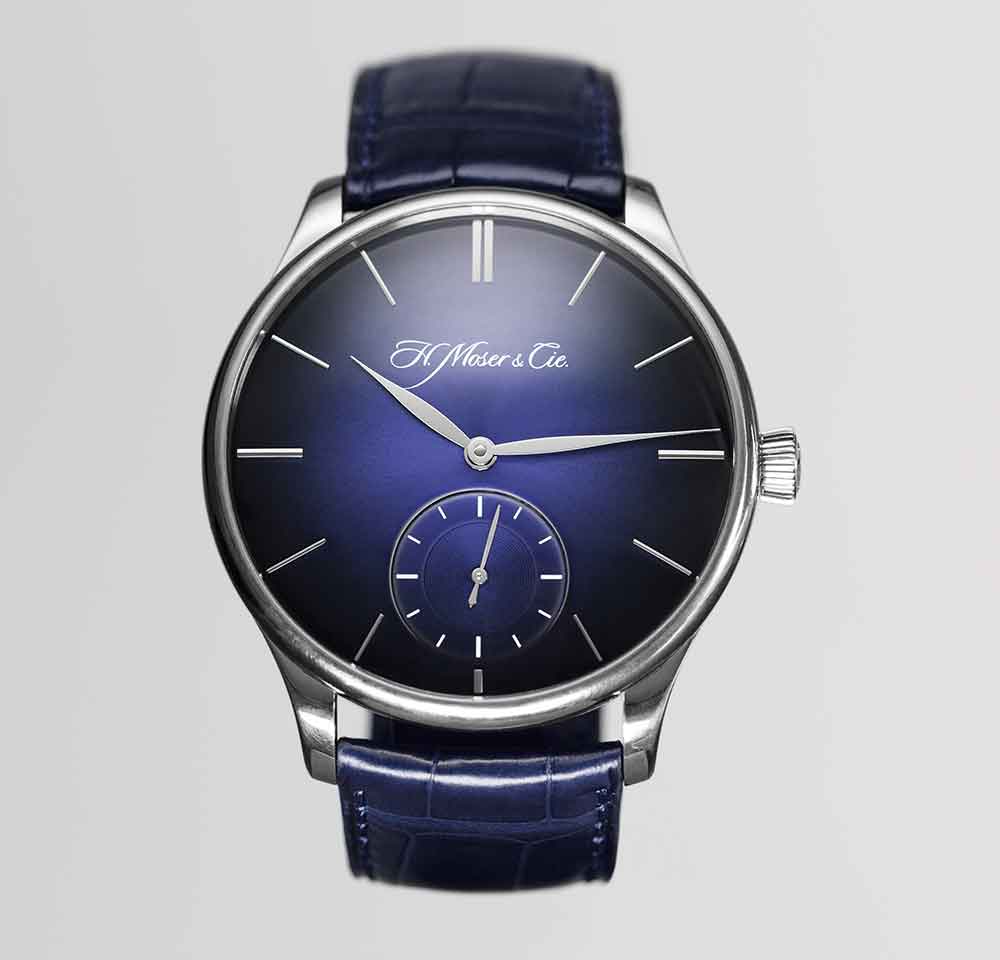 An alloy of niobium and titanium, PE5000 is paramagnetic and so is resistant to magnetic fields. Conventional balance springs are subject to magnetization which causes them to run fast. In addition, PE5000 is shock-resistant, very resilient and highly elastic, giving it good resistance to impacts. It’s therefore a natural choice for companies like H. Moser that uphold traditional watchmaking techniques. A metal alloy balance spring can be regulated and won’t break. Nivarox is the most common alloy used for balance springs, made by the like-named company that has been part of Swatch Group since 1985. Nivarox and other companies in the Swatch Group, in addition to other brands, notably Ulysse Nardin, have also been working with silicon. This is an exceptionally good material in some respects – anti-magnetic, low change in rate with temperature changes, low friction – but has a couple of major difficulties. It’s fragile, particularly during the production process. And it doesn’t have the ductility of metal, so it can’t be regulated in the same way as a traditional balance spring. 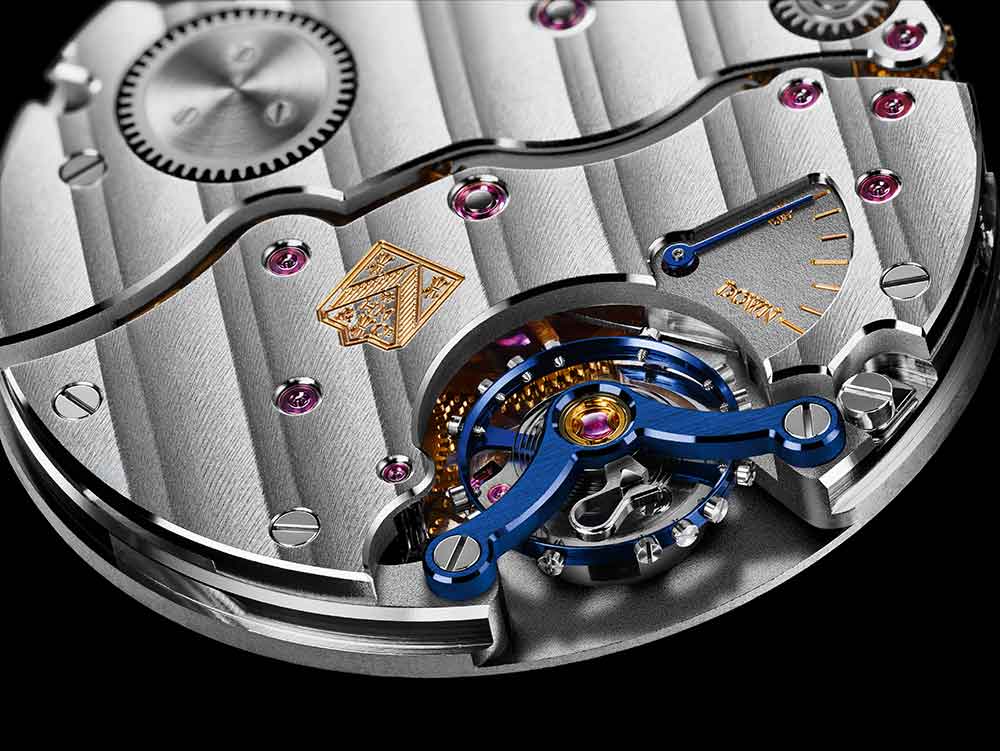 The Venturer Small Seconds XL is a watch that was already part of the H. Moser range, with a 43 mm case in white gold, 12.6 mm thick, with display caseback. For the new paramagnetic version, H. Moser have given it a deep blue sunburst fumé dial made with their signature graded finish. Blue is also used for the balance bridge and balance wheel. The movement, designed and built in-house, is the hand-wound HMC 327, which runs at 18,000 vibrations per hour (2.5 Hertz), has the stop-seconds function, and provides a power reserve of 3 days, 72 hours. A power reserve indicator, a very useful feature for a hand-wound watch, can be seen through the sapphire caseback. The watch has a midnight blue alligator leather strap. 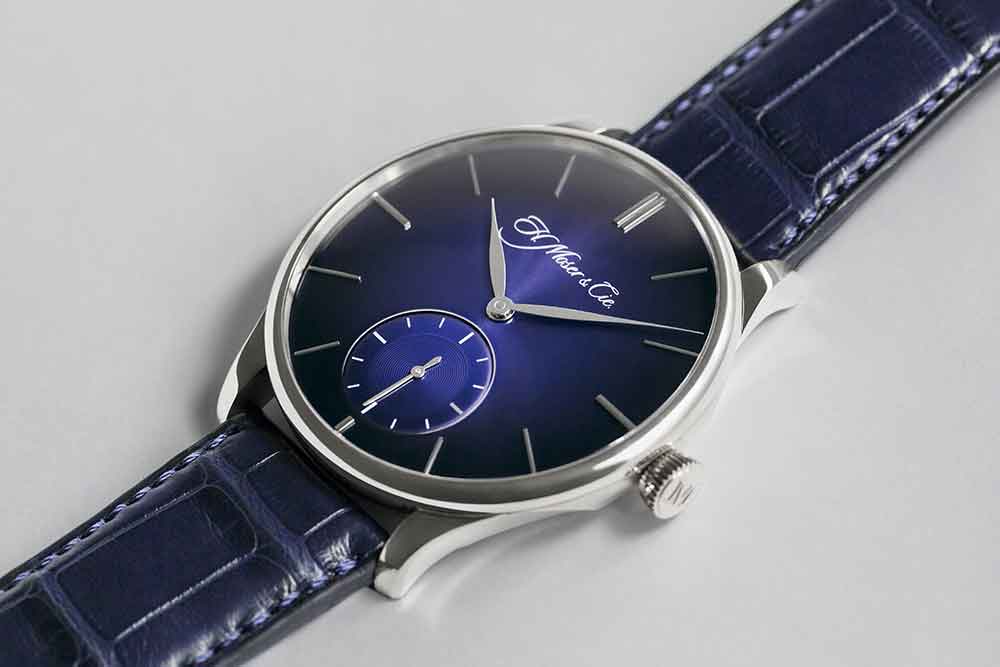