The Vingt-8 ISO by Kari Voutilainen does something unusual for a wristwatch: it presents a different way of telling the time. There are still the hour and minute hands, and a conventional hour scale, but the minutes scale at the edge of the dial rotates at the same speed as the hour hand. So every hour, the minute hand rotates by an equivalent of 65 minutes on a normal watch. As a result, every hour the two hands are superimposed, at the half hour, the two hands are exactly opposite, and at a quarter past and a quarter to, the hands are at an exact 90-degree angle. This is made clearer by the video below, courtesy of Voutilainen.

This unusual display has been given a theoretical description by M. Daniel Kahneman, who calls looking at a normal watch as a “System 1” activity, because you instinctively know what the time is from seeing the position of the two hands. You don’t have to think at all, you glance at the watch and see that it’s a quarter to nine. He describes Kari Voutilainen’s new Vingt-8 ISO arrangement as “System 2,” one that requires thought. You have to look carefully at the watch and read the exact number of minutes from the outer scale. 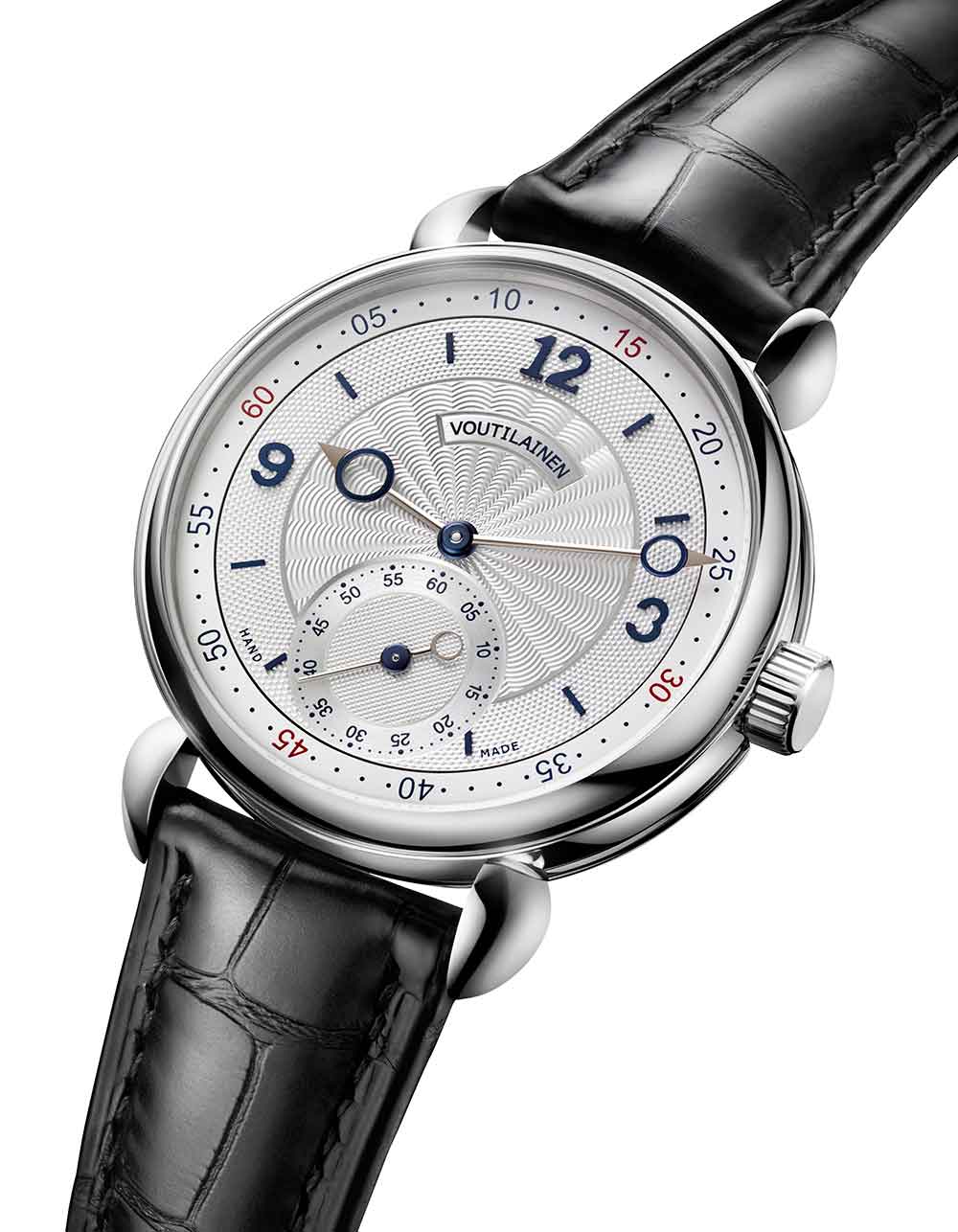 Kari Voutilainen has made previous versions of the Vingt-8 ISO, whose development began in 2008. His caliber and watch names come from the year in which development began: he drops the zeroes, leaving 28, and in this case, as 28 has already been used as a name by a few other watch brands, he modified it to Vingt-8. The 2017 version has a case 39 mm in diameter and 12.3 mm thick, in gold. The silver dial is hand engine-turned, with applied gold numerals. The hands are in gold, in Kari Voutilainen’s characteristic pattern. Each is meticulously constructed from three parts. The lugs are his hallmark tear-shape.

The movement is spectacular and unusual. It has the Voutilainen direct impulse escapement with two escape wheels, a system based on one invented by Breguet, who later abandoned it because of its complexity of construction. Voutilainen redesigned it so that he and his watchmakers could make all components except for the hairspring themselves, without using silicon and the high-technology plant needed for these materials. 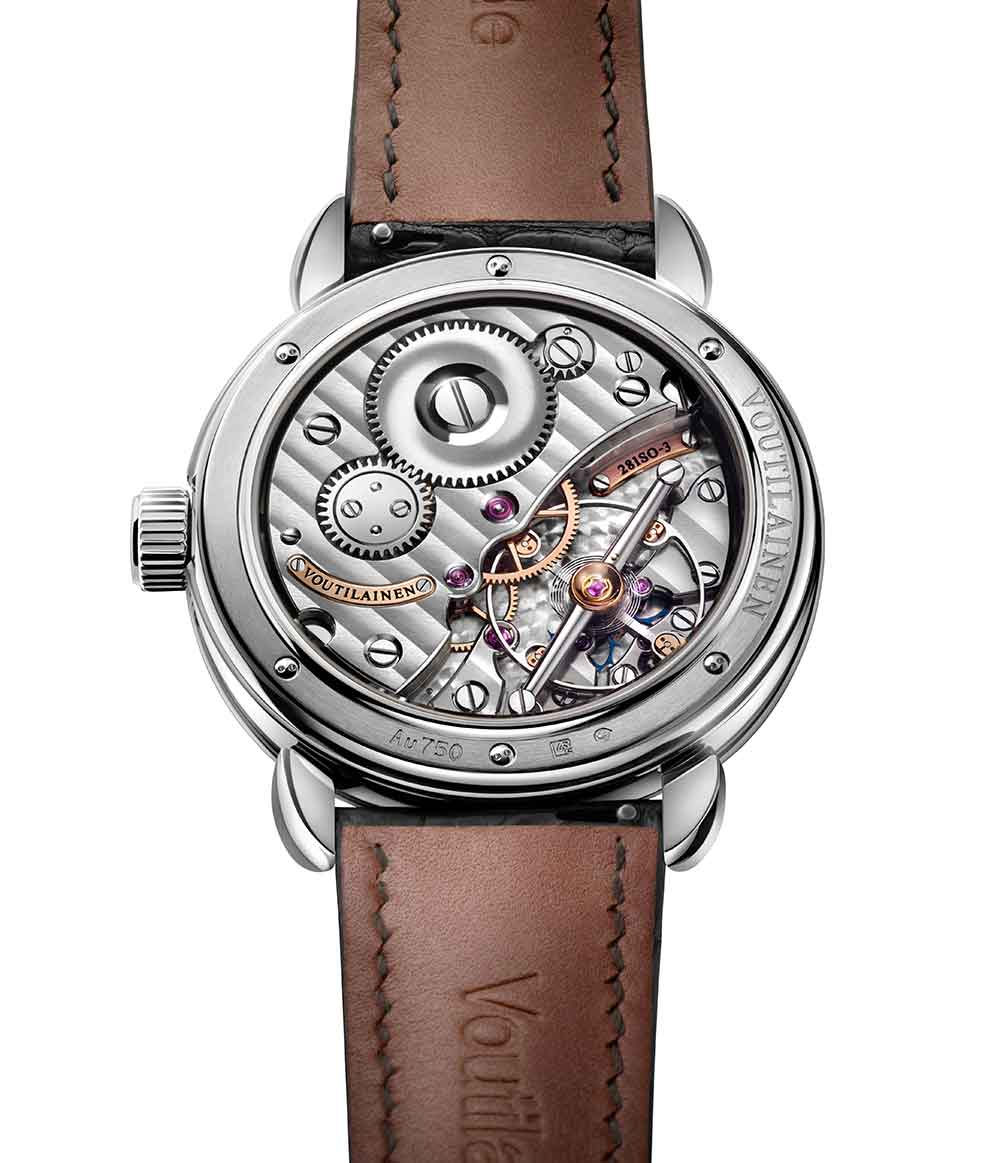 The principal advantage of the direct impulse escapement is that it is 30% more economical on power than a conventional lever escapement. This increases power reserve from 50 to 65 hours. The movement is made entirely in-house, with a robust construction in German silver. The balance wheel is 13.6 mm in diameter and runs at 18,000 vibrations per hour, 2.5 Hertz.

Kari Voutilainen makes from 25 to 50 watches per year, and so all his timepieces are rarities. The Voutilainen Vingt-8 ISO starts at about 75,000 Swiss francs. Further information from the Voutilainen website.