Ressence was founded in 2010 by Benoît Mintiens in Antwerp, Belgium. The name is derived from the words “Renaissance” and “essence”. Mintiens is an industrial designer, whose curriculum includes work on Eurostar and SNCF trains, first-class interiors for Air France, and vacuum cleaners for LG. He first encountered watch design in 2004 when a friend asked him to create a design for a men’s watch with as many diamonds as possible. Mintiens’ design was shelved because another brand launched a watch based on the same idea that he had had. But his interested had been fired, and he began work on his own concept. Three prototypes were presented at Baselworld in 2010, with the first series of watches launched in 2011 and 2012. Type 3, with its oil-filled module, arrived in 2013, and the diving watch Type 5 in 2015. 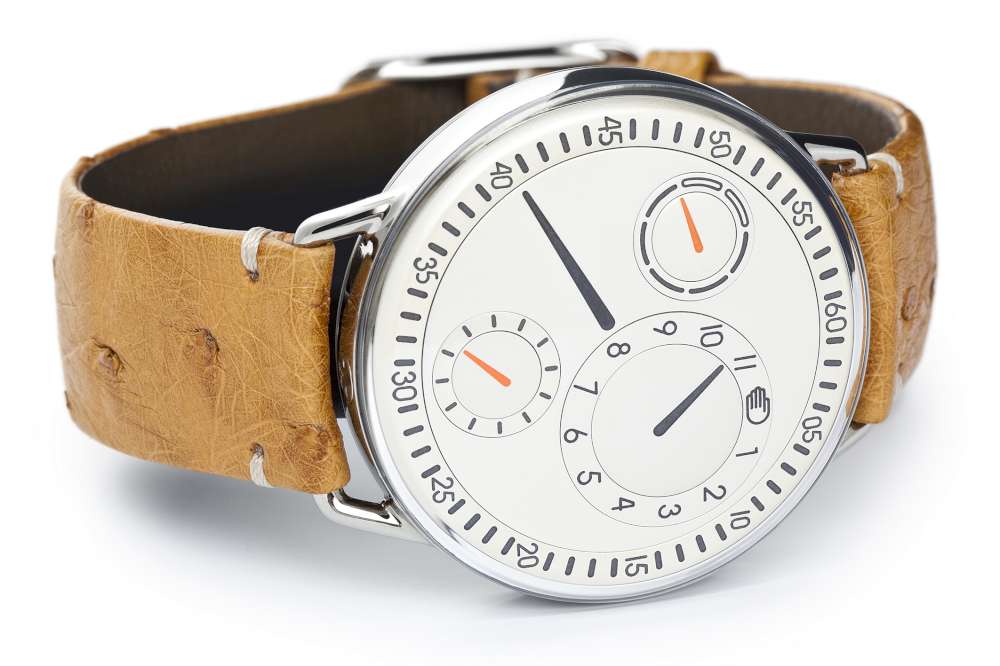 Watches by Ressence are radically different. The basic concept is of a large minutes hand in the conventional position, a separate subdial for the hours, and another for the seconds. All the indications are on discs that revolve constantly, within a base that also revolves. In practice, Mintiens combined the hands and dial into a single surface. The graphic elements of the dial are right under the sapphire glass, and so the watch, with its smooth, rounded case, looks very much like a pebble.

Mintiens also thought long and hard about the crown, and decided that it had to be eliminated. So the watch is wound, and the time set, using the caseback. It’s not an immediately intuitive system, but it works very well, you get used to it, and it’s brilliant design. Ressence watches are in two parts: a basic 2824/2 calibre made by ETA, and the ROCS (Ressence Orbital Convex System) module driving the display. The ROCS 1 module has 107 parts. Only the minute-hand output from the base movement is used, transferred to the assembly in the upper half of the watch. An additional feature of ROCS 3 and ROCS 5 modules is that they are oil-filled, and this feature has an additional effect: the dial indications, coated with luminescent paint, seem to float on top of the crystal.

In the Type 5 introduced in December 2015, the oil-filled module has been further developed to create a diving watch. The fact that the display module is oil-filled improves visibility underwater, and it is in fact the only mechanical diving watch that is legible underwater at whatever viewing angle.

The company is based in Belgium, but has an atelier in Fleurier, Switzerland. All watches are tested internally with a 500-hour protocol examining six criteria. Ressence won the Horological Revelation prize at the GPHG “watch Oscars” in 2013. The company currently makes and sells about 300 watches per year and has 30 points of sale. In 2016, a difficult year for most brands, its results improved by 10%. 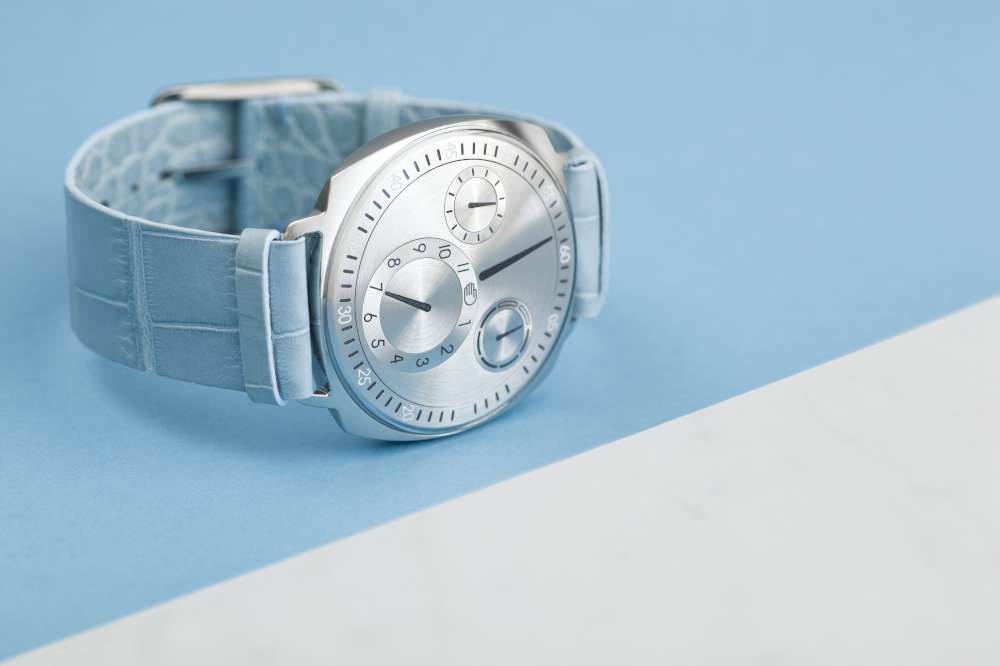 The Ressence revolution – one of the strangest mechanical watches to date