Romain Jerome first launched its Eyjafjallajökull-DNA watch in 2010, celebrating the eruption of the like-named volcano that for some days caused havoc in air traffic. It has already sold out two collections and so this year the brand is offering another piece, a limited edition of 99. The whole watch expresses rough, spiky lava, from the hand-painted dial to the textured bezel, and the strap from an animal that up until now had not been sacrificed on the altar of watchmaking: toad. 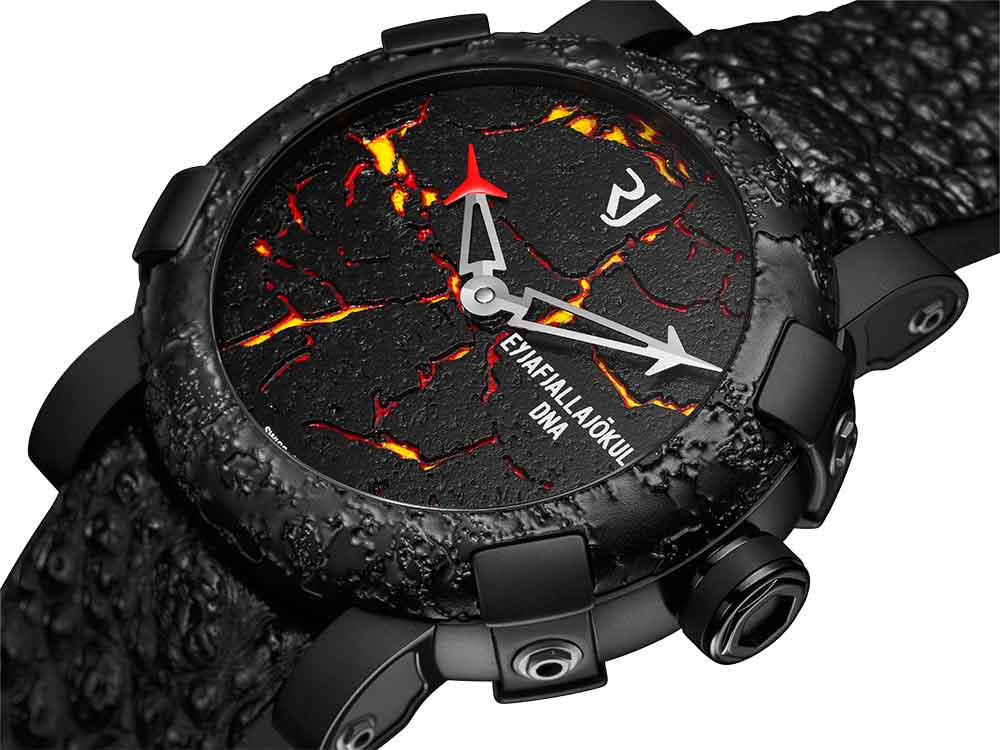 The case is large at 46 mm, in black PVD-coated steel. The dial is in genuine lava rock on an onyx base, hand-painted to reproduce the way that lava rock constantly cracks to reveal the molten lava underneath.. Two specialist craftsmen work on the dial: Daniel Haas crafts the lava rock, while André Martinez paints the fissures. It is framed by a 46 mm black PVD-coated steel bezel, textured to evoke a rocky surface. The hour and minute hands include aircraft motifs recalling those days in 2010 that airliners could not fly due to the ash in the atmosphere. Unusually, the watch just has hour and minute hands: no seconds hand, no date window. The caseback has an engraving of the erupting volcano. The strap in toad, used here for the first time in watchmaking, enhances the overall looks. 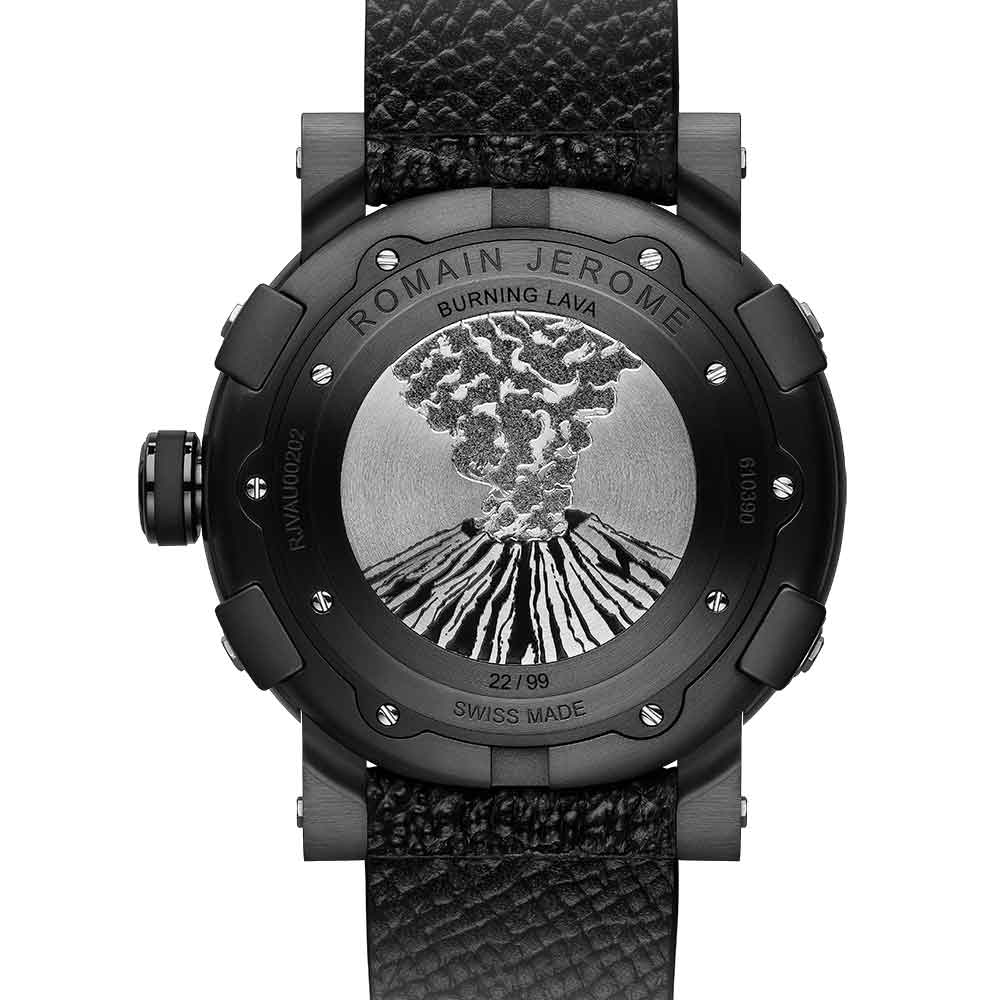 The RJ002-A movement is not made by Romain Jerome; it is presumably a Swiss-made Concepto movement, something like the Concepto 2220. The balance runs at 4 Hertz, 28,800 vibrations per hour; the movement has 23 jewels and a 48-hour power reserve. 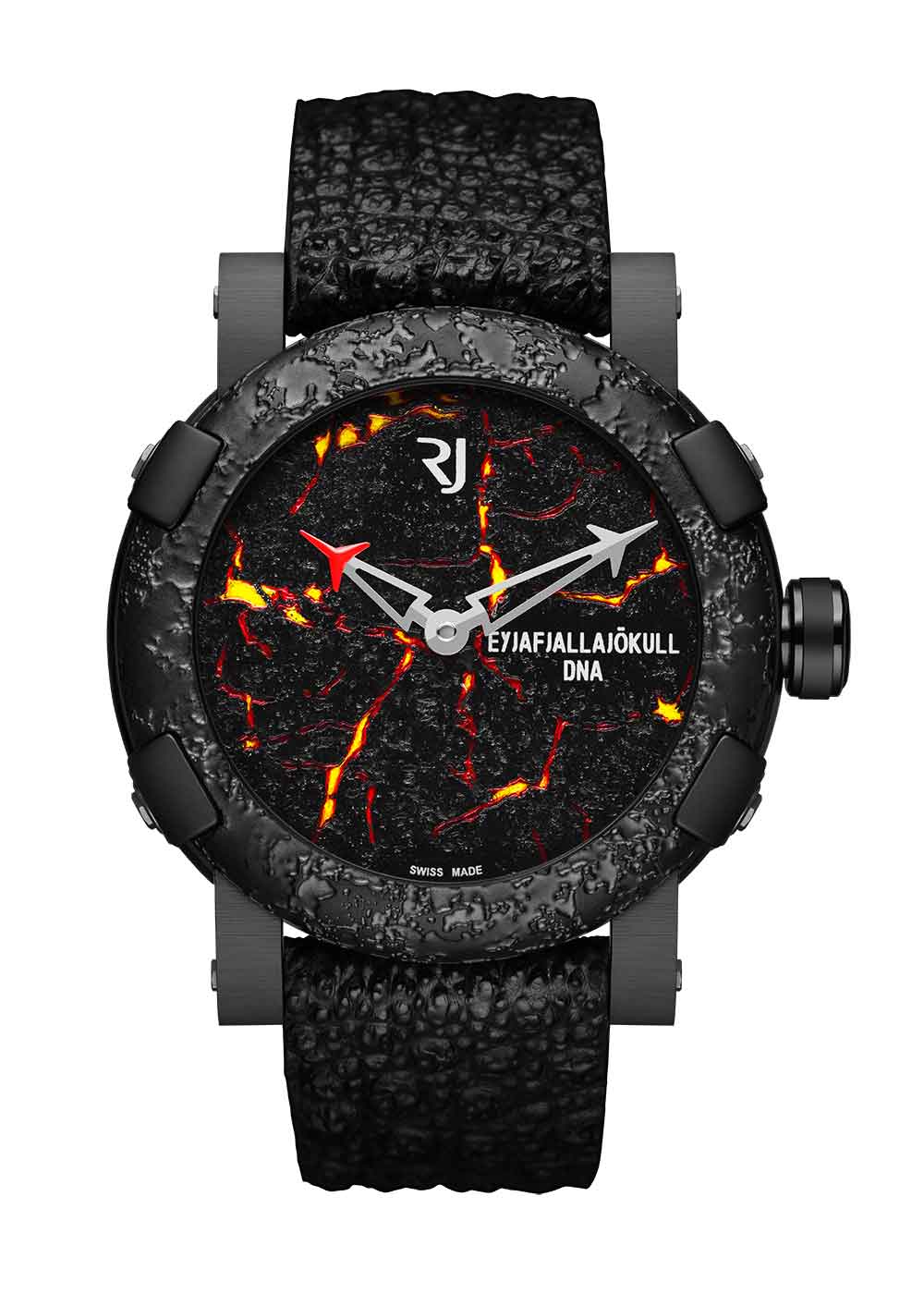