The Speake-Marin Crazy Skulls is a surprising watch, enormously ambitious, because it combines two of the most complex complications of all, the tourbillon and the minute repeater, with an animated dial that tells a story of love and death. There are a lot of design ideas here. It’s a notable achievement for a brand founded by British watchmaker Peter Speake-Marin just 15 years ago. 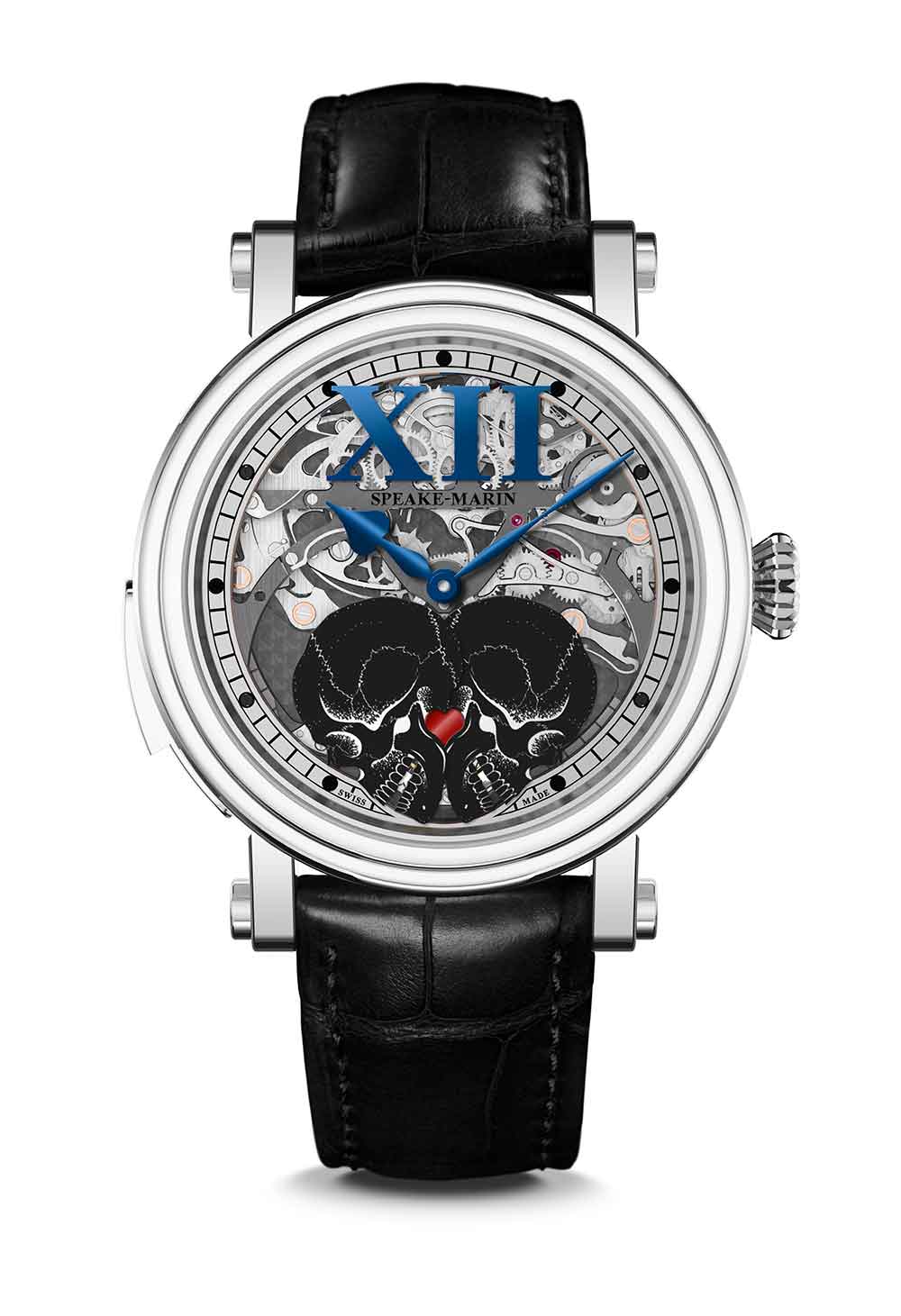 The watch starts with a profusion of hearts. I had never imagined that placing two skulls back to back creates a heart shape. Peter Speake-Marin on the other hand is an expert in skulls and so created this motif, even incorporating a second heart at the centre, where the intersection leaves a small heart-shaped space revealing the red surface at the centre of the tourbillon cage underneath. There is another heart shape at the end of the hallmark Speake-Marin hour hand. 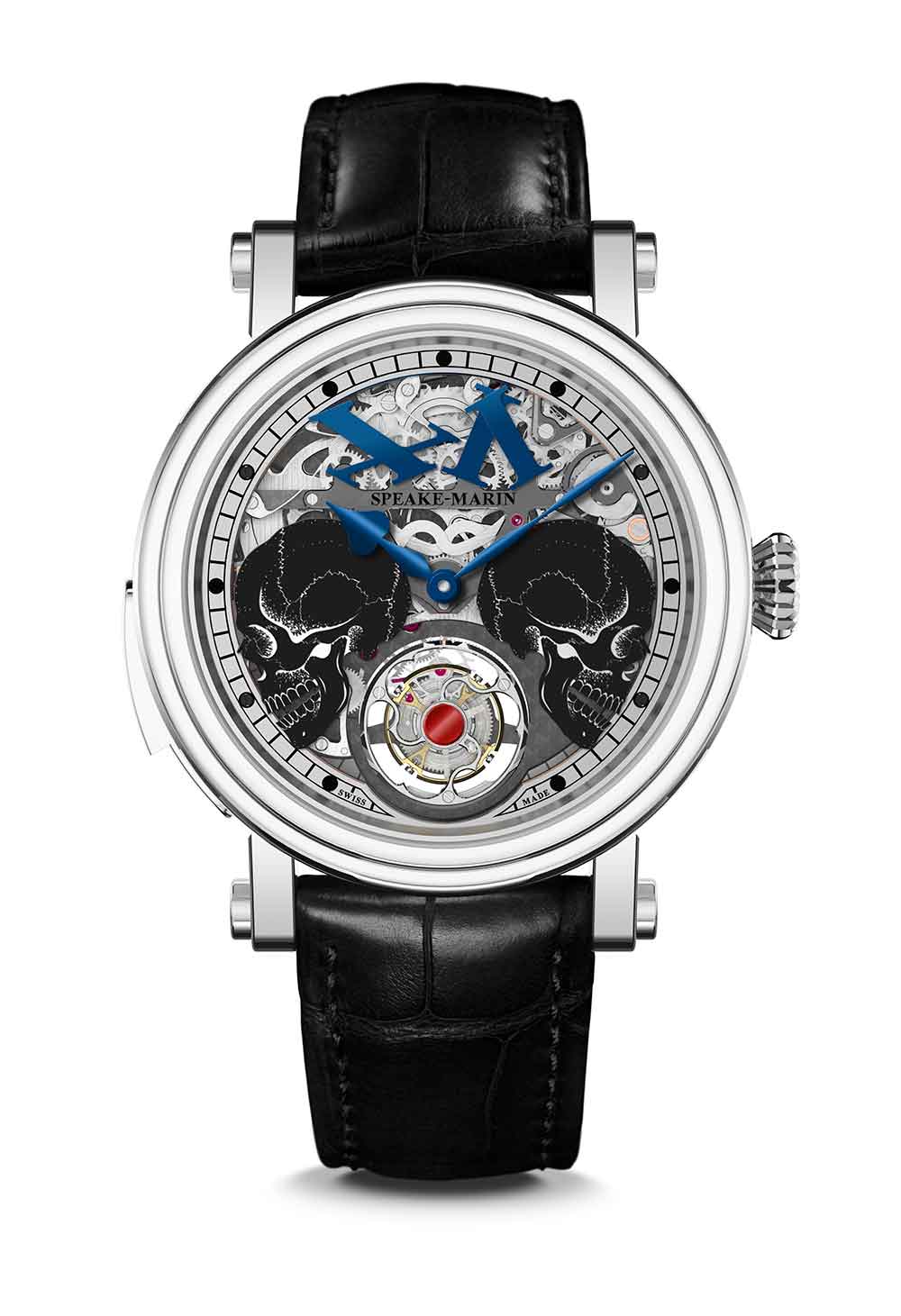 When you operate the slider on the left-hand side of the watch, the dial comes to life. The watch strikes the time in hours, quarters and minutes (you can watch the three hammers striking the gongs through the sapphire caseback). The two skulls open to reveal the flying tourbillon, and at the same time, the 12 in Roman numerals at the top of the dial collapses. Once the watch has finished striking the time, the two skulls close again and the Roman numerals return to their normal position.

I’m sure that Peter is telling a story here and that like all great artworks, it’s open to multiple interpretations. For example, two mortal individuals are linked by love. But there comes a moment when the inexorable hand of Fate operates the slider and one of them dies. But this is not the end, but just a transition to a new dimension, beyond the constraints of time. He or she can see the structure of time (the tourbillon becomes visible), and time itself collapses, because in this new dimension it takes the same form as the other three spatial dimensions. He can look back over past and forward into the future, and so he is already reunited with his lover. 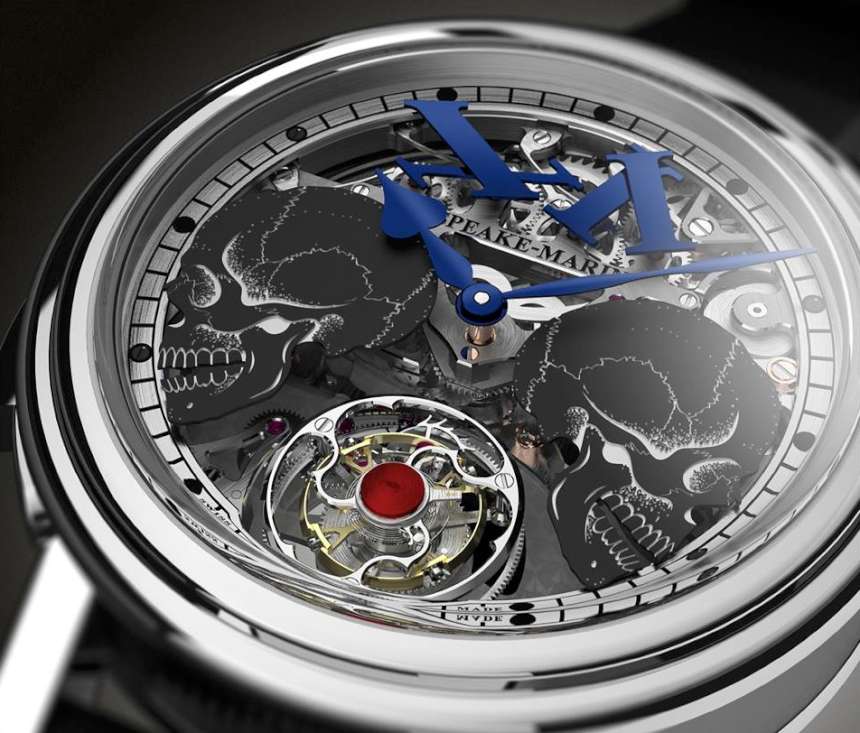 It’s a complex and beautiful piece, with an open dial, on which the skulls are in grey or black aluminium. The one-minute tourbillon can be admired from the dial side, when the skulls are open, and from the caseback. Movement finish is at a high standard. The SMC01 movement is presumably made by a specialist movement supplier – Speake-Marin habitually work with Vaucher, but this tourbillon repeater reminds me more of Confrérie Horlogère Hublot, previously BNB Concept. It is manually-wound, with a 72-hour power reserve. 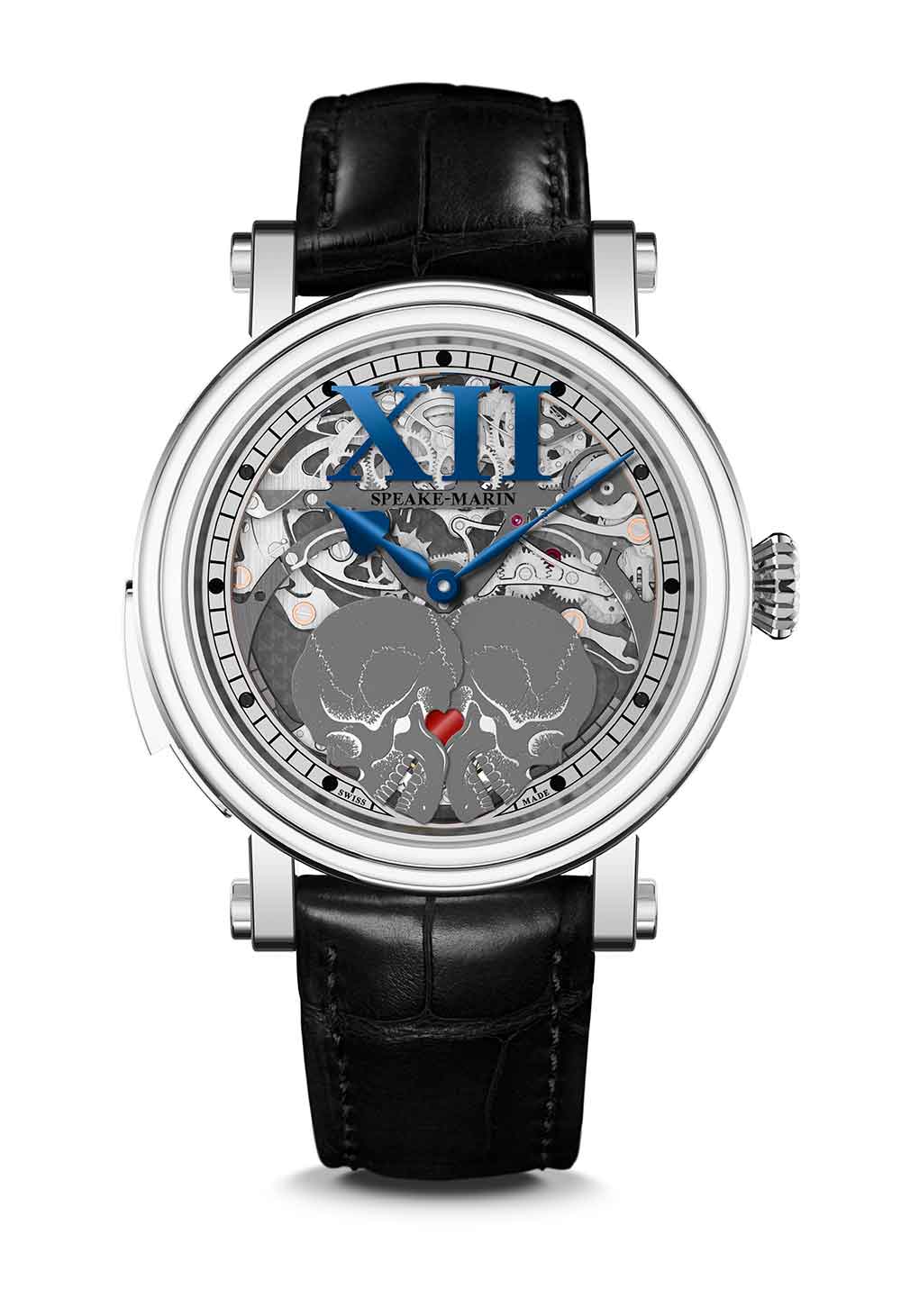 The 42 mm case is in titanium, with the characteristic Piccadilly lugs. Water resistance 3 bar. The watch has an alligator strap with a pin buckle. 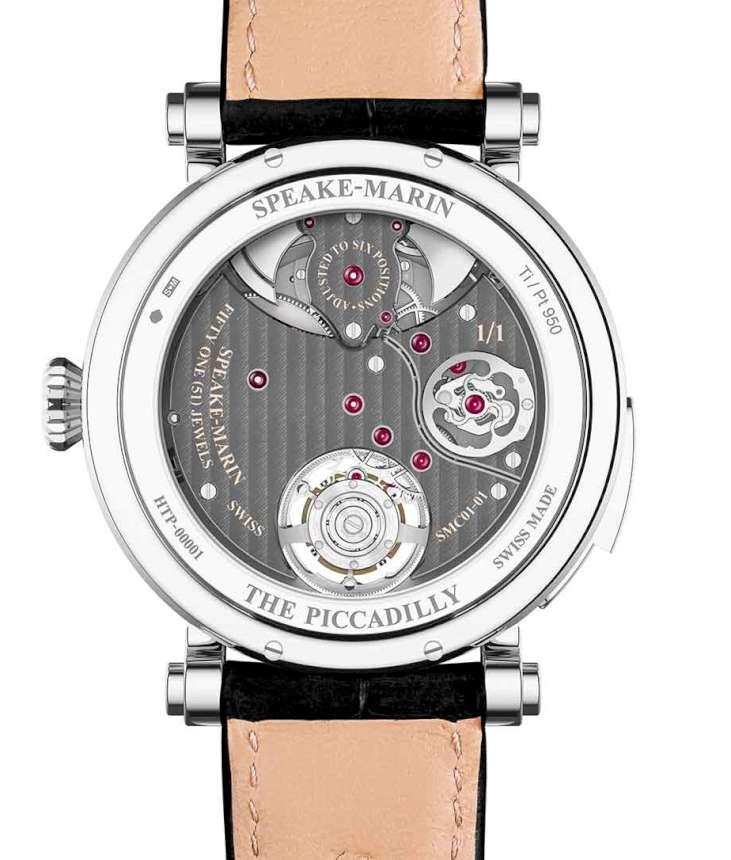 Just two pieces have been made, one with grey skulls, the other black. Each costs 380,000 Swiss francs. Further information from http://www.speake-marin.com/