The Velsheda is one of Peter Speake-Marin’s most distinctive watches, with its single hand, an hour hand, with which you can read the time on the scale with 5-minute markings. In January 2017, Speake-Marin presented the Black Velsheda Gothic, for the first time with a black enamel dial. As in the previous version of the Velsheda Gothic, the hour markings combine Roman and Gothic Arabic numerals, but in the Black Velsheda Gothic the Arabic numbers are at 12, 4 and 8, creating a triangular geometry on the dial. All three are vertically positioned, enhancing their dramatic graphic design. There is a subtle detail, the word “enamel” incorporated into the numeral 5, referring to the grande feu enamel process that ensures a long dial life. In short, it’s a watch with an enormous volume of content, making something totally different. 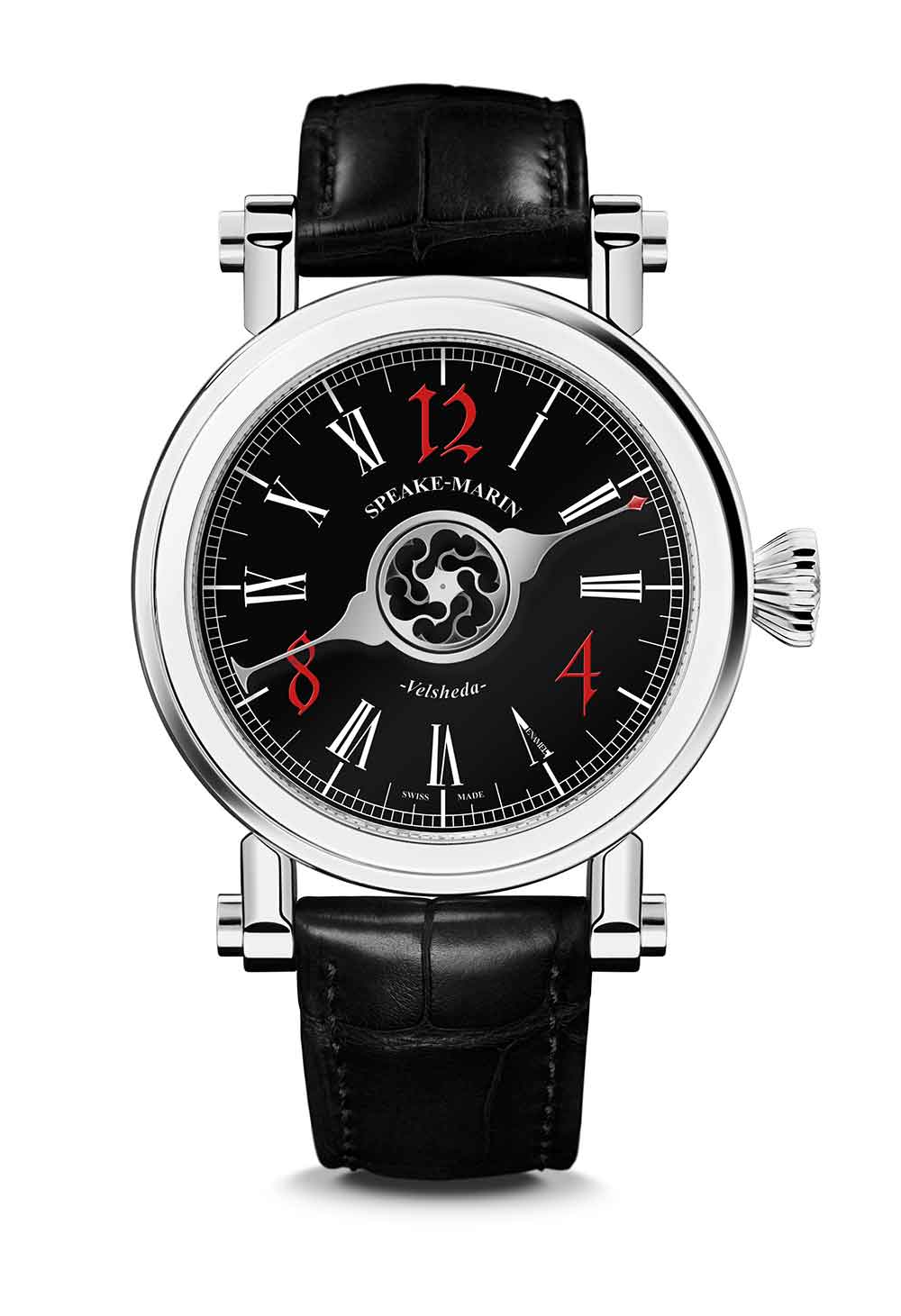 The single hand extends right across the dial, and at its centre its hub is in the form of the brand’s characteristic topping tool logo. Above this, the seconds disc has exactly the same design, and its movement brings the dial to life. The complex curves interact to create ever-changing patterns during the 20-second period between the instants that they are precisely superimposed. The same motif appears in the caseback display window: the blued winding rotor has the same shape. The watch has a Vaucher 3002 self-winding movement running at 28,800 vibrations per hour (4 Hertz) and providing 50 hours power reserve.

The titanium case is also made by Vaucher, 42 mm in diameter, water resistance 3 bar (30 metres). The watch has an alligator strap with titanium pin buckle. 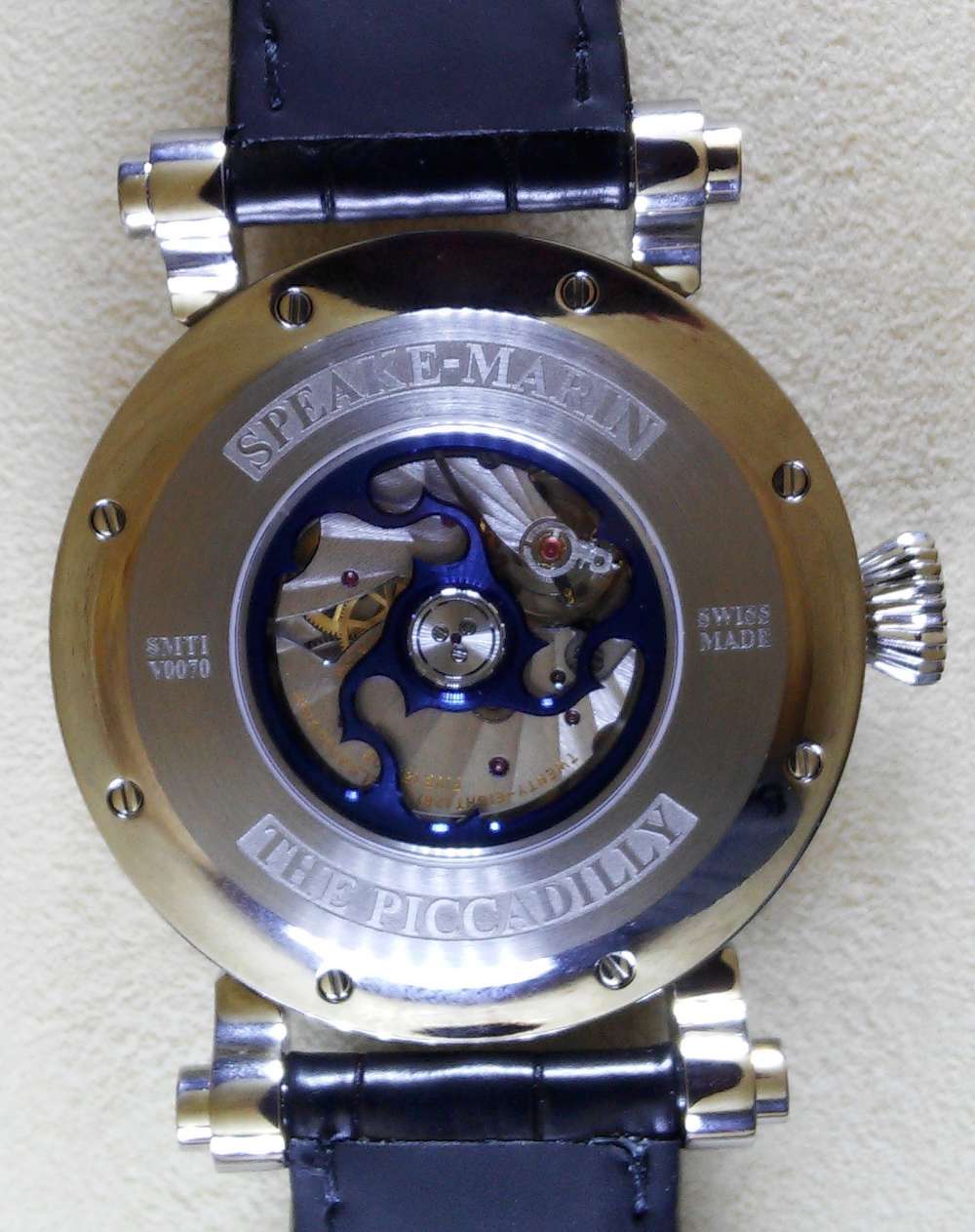 Based on a 19th-century Breguet watch

Peter Speake-Marin had the idea for a single-hand watch fairly early in his career, and presented the Shimoda in 2004, without a seconds disc. It became the Velsheda in 2014, part of the J-Class collection and named after a British J-Class yacht, with a central seconds wheel. Peter Speake-Marin has described Velsheda, “It’s actually a very interesting movement, but the idea of executing it like this with the seconds wheel in the centre, that’s something completely original. Single handed watches were the very first watches ever to be made. Breguet made a pocket watch called the Subscription back in about 1800 and it had the same concept, with the single hand and five minute sectors. I was fascinated by it. They are also known as Philosophers’ watches because time goes slowly.”

The Black Velsheda Gothic is a limited edition of 16 pieces. It costs 14.580 Swiss francs including VAT. See the Speake-Marin website for further information.