Urwerk are celebrating their 20th anniversary this year, with the UR-T8. It’s like their previous UR 105 T-Rex, with a wandering hours display and a distinctive pyramid-studded carapace, but in the T8 the watch has been given two sides, one with the wandering hours left substantially open to view, and the other in which the whole watch is shielded by the carapace. By pressing the two buttons on the side of the watch, you can lift the case, rotate it through 180 degrees, and swing it back down. It is one of the few alternative two-sided watches with respect to an illustrious predecessor. As Martin Frei, co-founder and designer at Urwerk, says, “Our UR-T8 of course recalls the Reverso watches, we have deconstructed the concept to create a genuine URWERK model.” 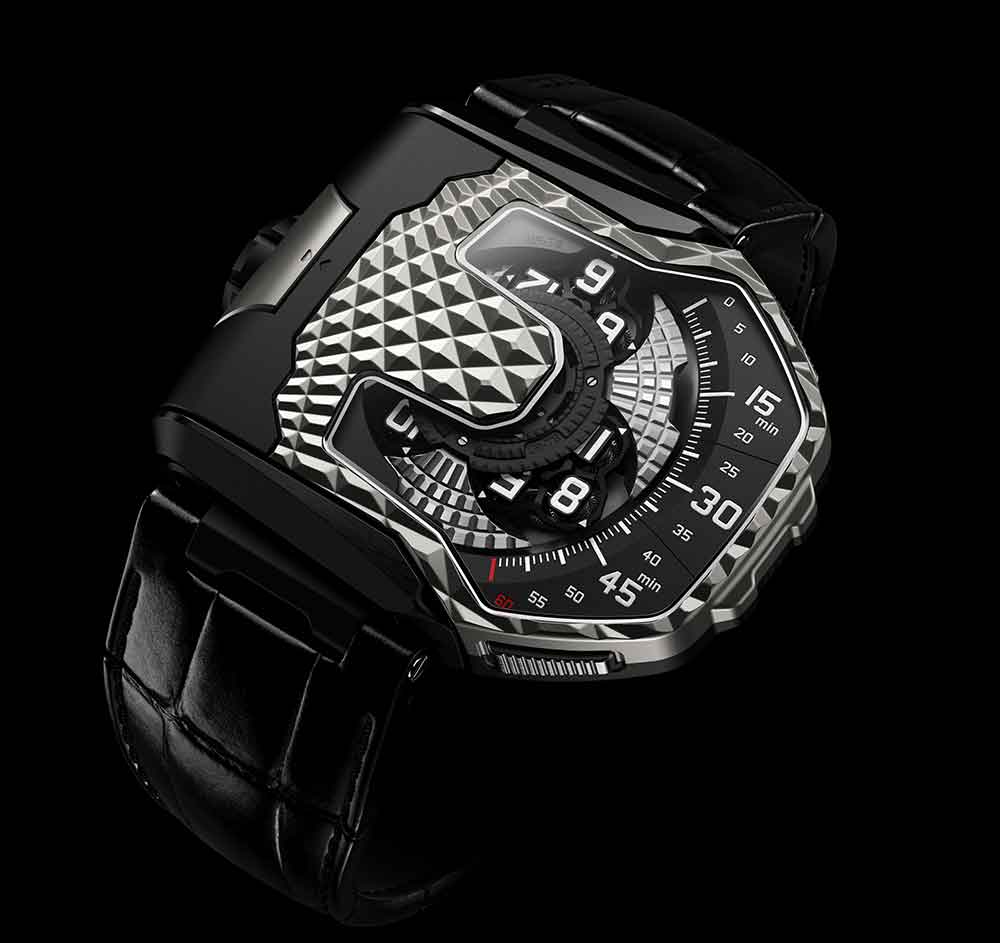 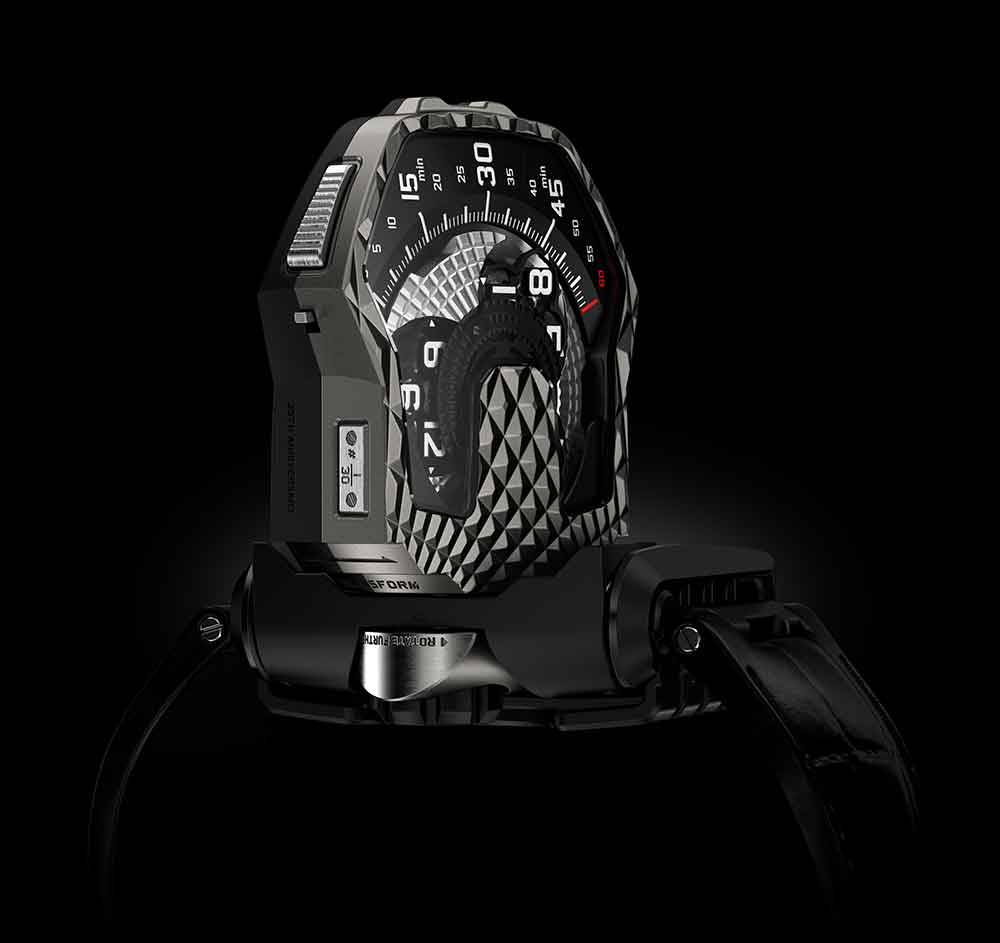 When it’s in the “face down” position, there is nothing that reveals its identity as a watch. The massive crown on the left-hand side remains there during the transformation. It is a large object, 60 x 48 mm, and 20 mm thick, with a titanium case in two versions, bicolor natural titanium/black PVD, or entirely black PVD finish. Water resistance is the standard 3 bar (30 metres). 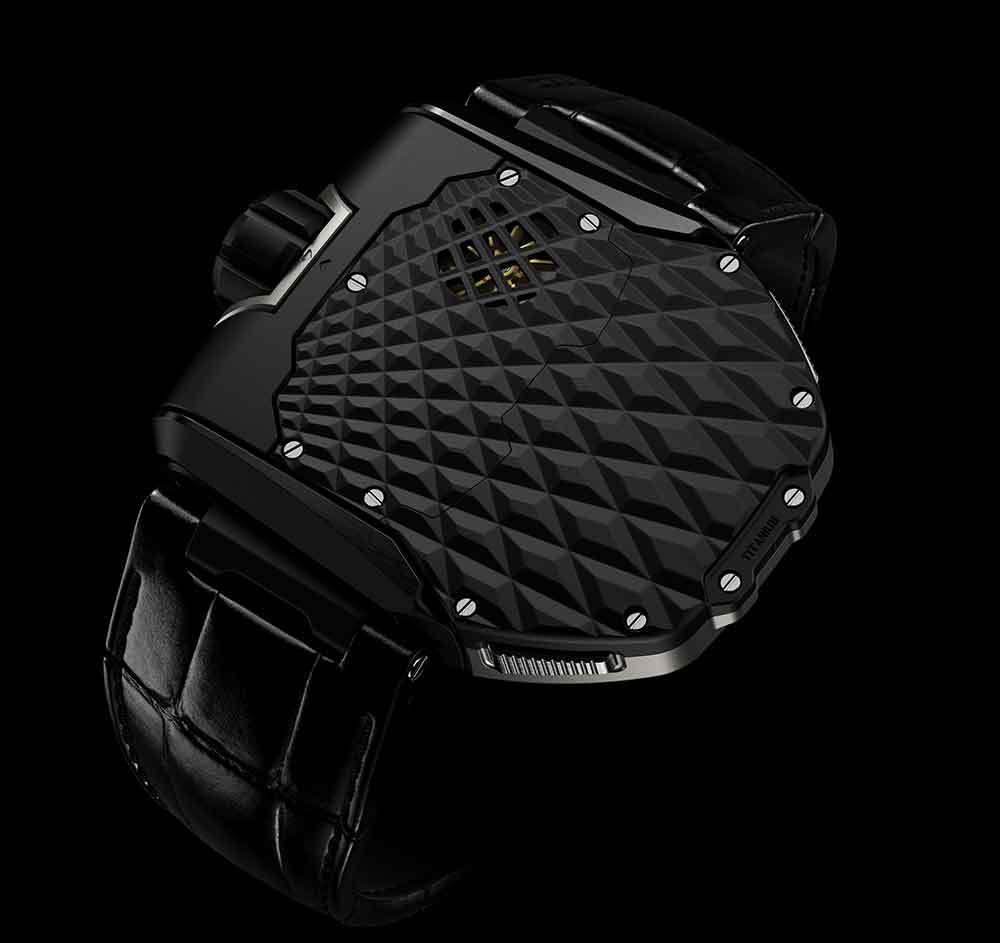 The watch is powered by a self-winding movement, the UR 8.01. Like Ressence, Urwerk uses a base calibre to provide the timing output, and on top of this is placed the complex planetary gear mechanism that drives the display. In this watch, the base movement is the Zenith Elite, in which the self-winding system has been modified, adding a gilded spinning vane to the winding rotor that damps its movement without changing its winding efficiency. This vane can be glimpsed through the carapace side of the case. The planetary gear system is incredibly complex. As in previous Urwerk watches with this type of display, a three-armed carousel bears three groups of numbers, four in each group, so that the hour numeral with its small triangular arrow runs along the minute track to provide a digital reading. But in the T8, the hour digit remains in a horizontal position throughout, while the little triangle below follows the position of the carousel. So it’s an extra rotation in addition to the rest of the planetary mechanism. This feature, and the case-flipping system, can be seen in the video below.

The design is superb, with attention dedicated to every component. A nice touch is the U-shaped window displaying the carousel. Martin Frei likes the sense of out-of-this-world power and the watch has a very strong, almost alien identity. When the watch is in its face-up position, the time indication peeps out from your suit or overcoat cuff – not much chance of getting this giant under a shirt cuff. 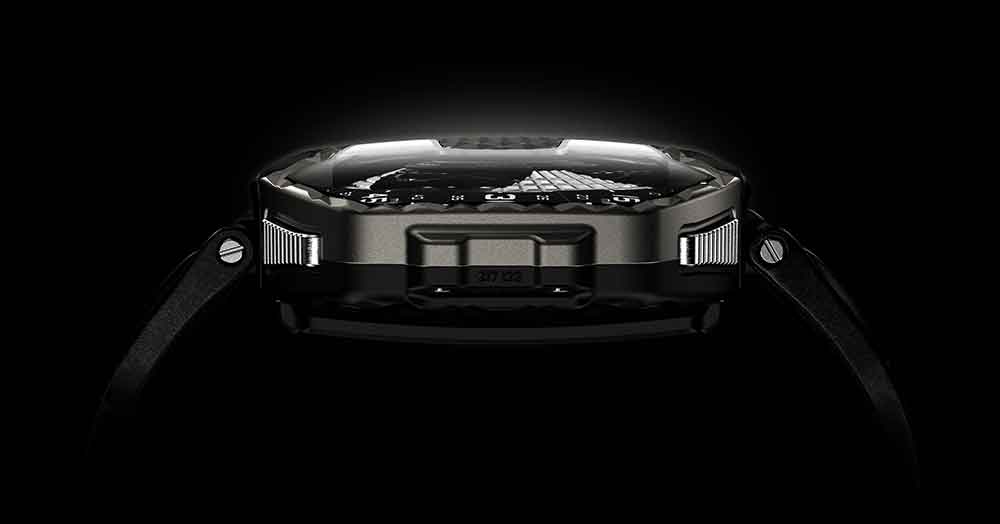 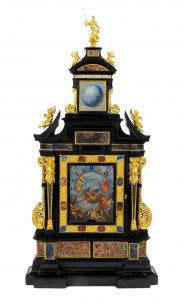 The wandering hours display is based on an antique clock invented by the Campani brothers in Rome in about 1656. Giuseppe, Pier Tommaso and Matteo Campani were inventors from a small village in Umbria; Matteo became a priest, went to run a parish in Rome, and encouraged his brothers to come to the city. Giuseppe and Pier Tommaso set up shop as watchmakers, and Matteo helped them with contacts at the Vatican. After a few years, Pier Tommaso had become clockmaker to the Pope, and so he learned of a request that Alexander VII had expressed to his chamberlain, “I would like someone to invent a clock so that I can see the time at night, so I don’t have to light a lamp to see the dial, and that doesn’t keep me awake with that endless agitation of gears.” 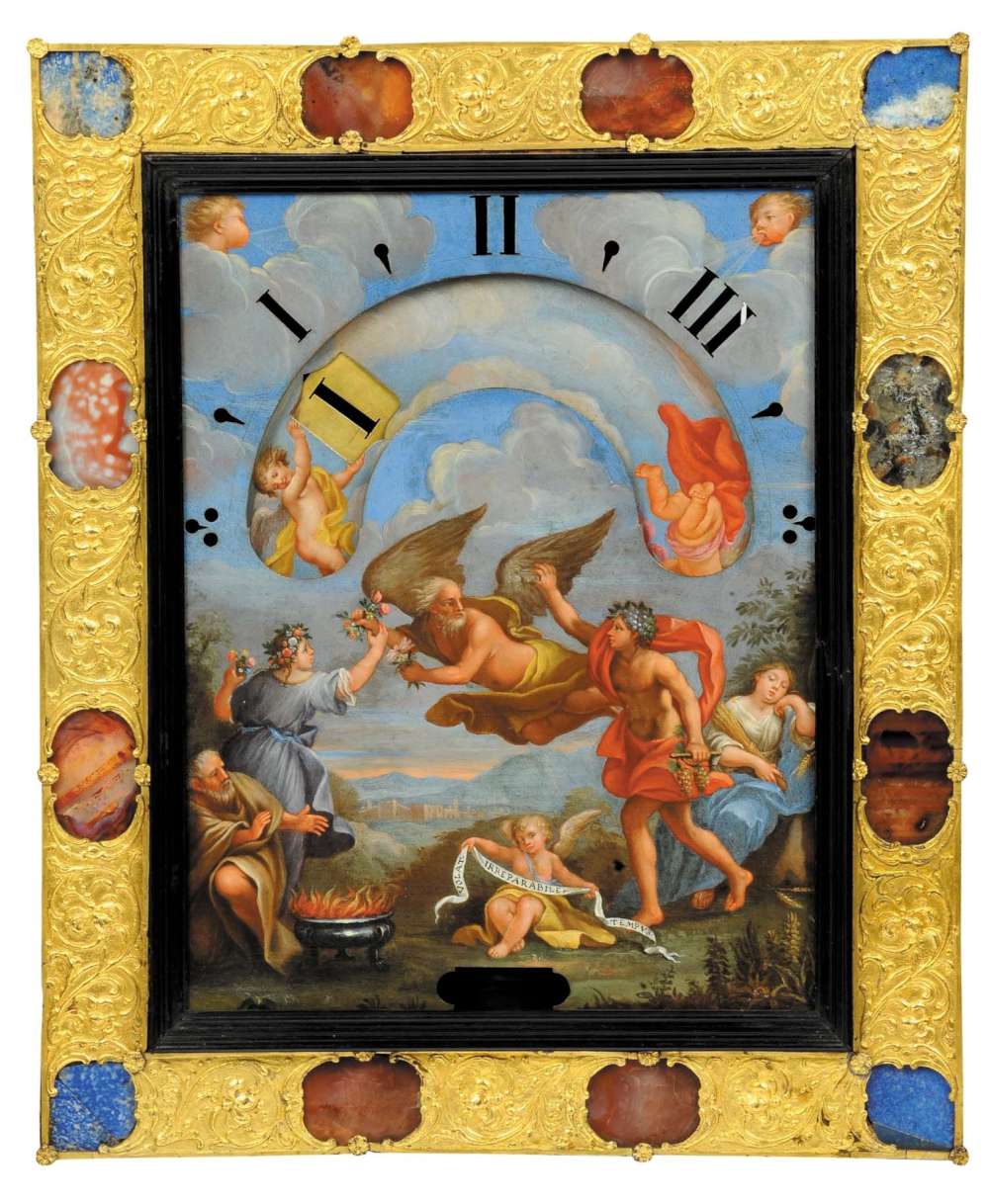 Pier Tommaso’s solution, discussed at length with Giuseppe, was for a clock with a planetary-motion type dial, with a minutes digit running along the hour scale and mimicking the movement of the sun from east to west. The numbers were cut out of the dial, and a lamp behind projected the time onto the wall opposite. The silent movement initially replaced the escapement – source of the noisy tick-tock that would have kept the Pope awake – with an ivory drum with compartments, induced to rotate by the passage of mercury from one compartment to another. This proved unreliable and so the brothers invented a new type of pendulum escapement that was quiet enough for the purpose. Pope Alexander was happy, and issued a patent to Pier Tommaso and Giuseppe. They went on to build these clocks for cardinals, kings and princes all over Europe. More versions were later built by other clockmakers in Italy: one is still conserved in the sacristy of Santa Maria delle Grazie in Milan. 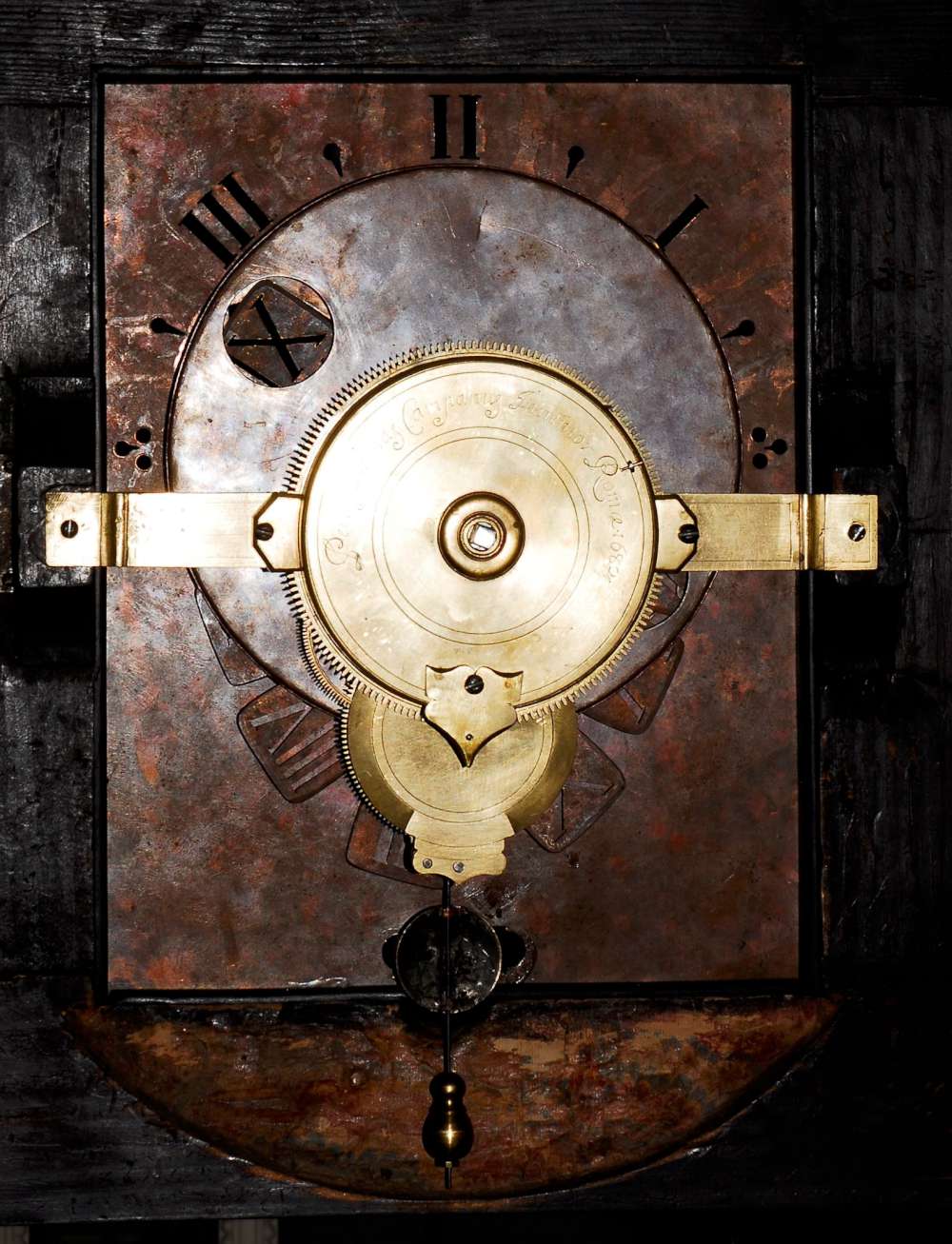 The Urwerk UR-T8 is made in two versions, natural titanium and black PVD. Each is a limited edition of 30 pieces. They both cost 100,000 Swiss francs. 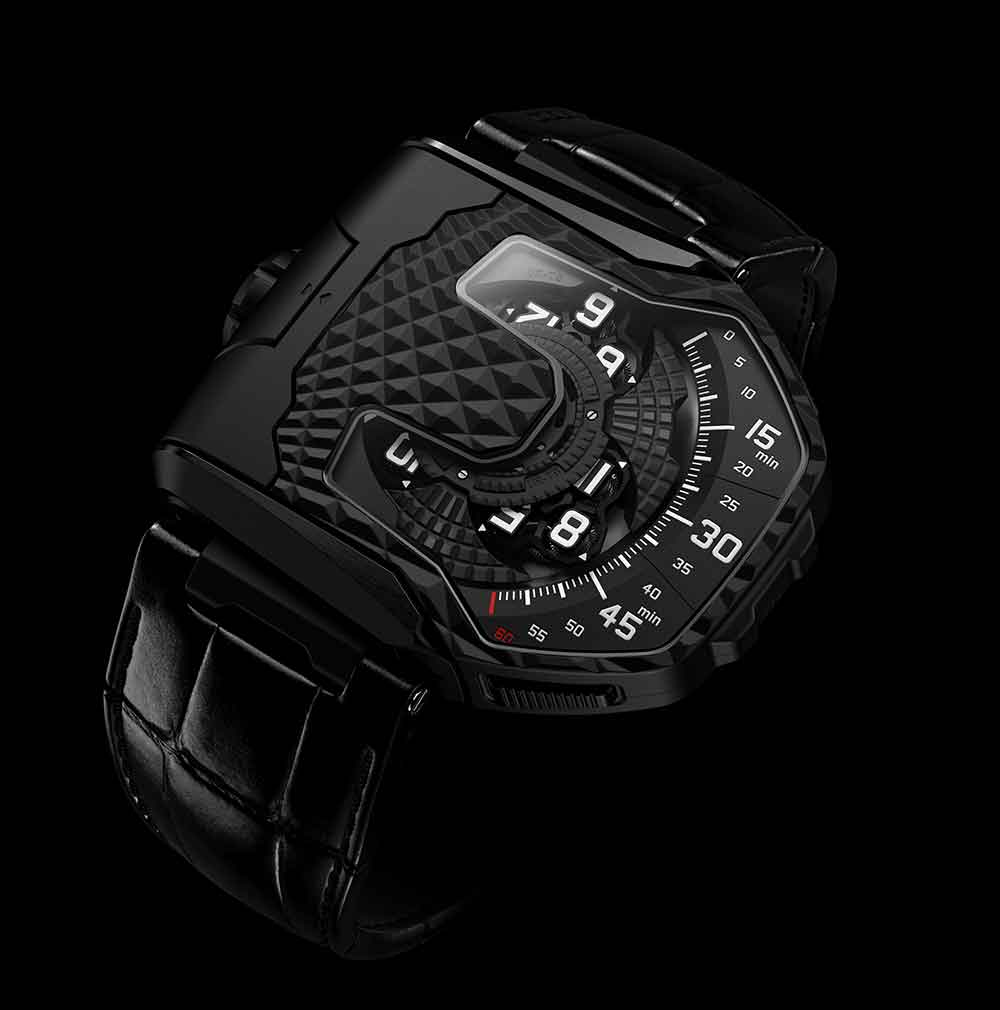