Metropolis by Louis Moinet, presented in Geneva in January 2017, expresses a move by the company headed by Jean-Marie Schaller to create something more contemporary, at a lower price point than their previous watches. Schaller calls Metropolis an “urban watch,” with a very architectural structure. The case frames a series of levels, with the dial divided into two parts. On the right, hour markers are slung over a dark grey plate of neoralithe, a new synthetic material made by Swiss company Regence. On the left, the dial is open, revealing the escapement below the continuous seconds subdial, and other parts of the movement. The hands are in the Louis Moinet “Gouttes de Rosée” dewdrop pattern. For the moment I’ll refrain from commenting on the subject of dials with holes in them, it’s a matter of personal taste. 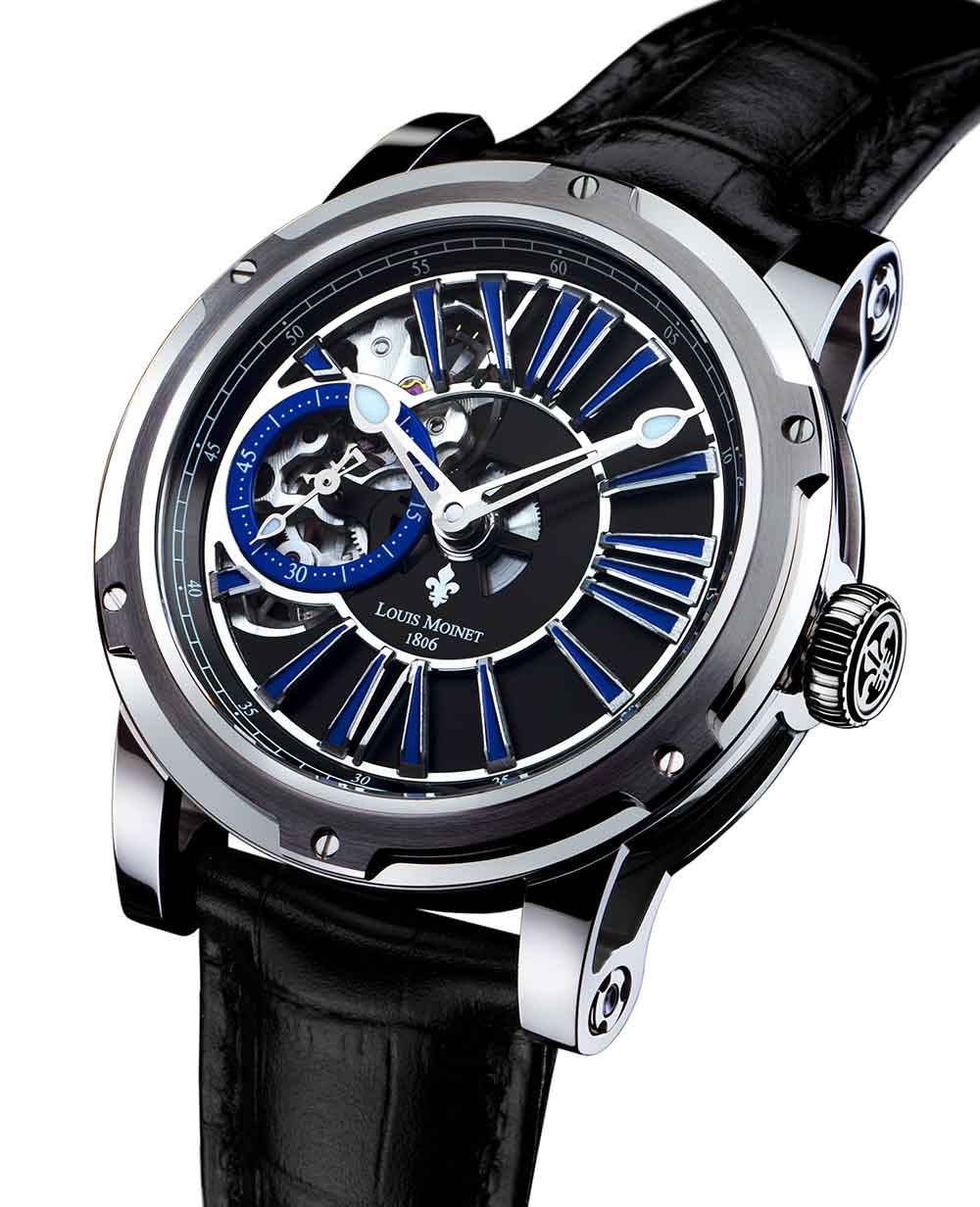 The sapphire caseback reveals the movement, with oscillating weight finished in concentric Clou de Paris, something that comes from Louis Moinet’s 19th century watches. The LM45 movement was developed and built by Concepto in cooperation with Louis Moinet. It runs at 28,800 vibrations per hour, 4 Hertz. 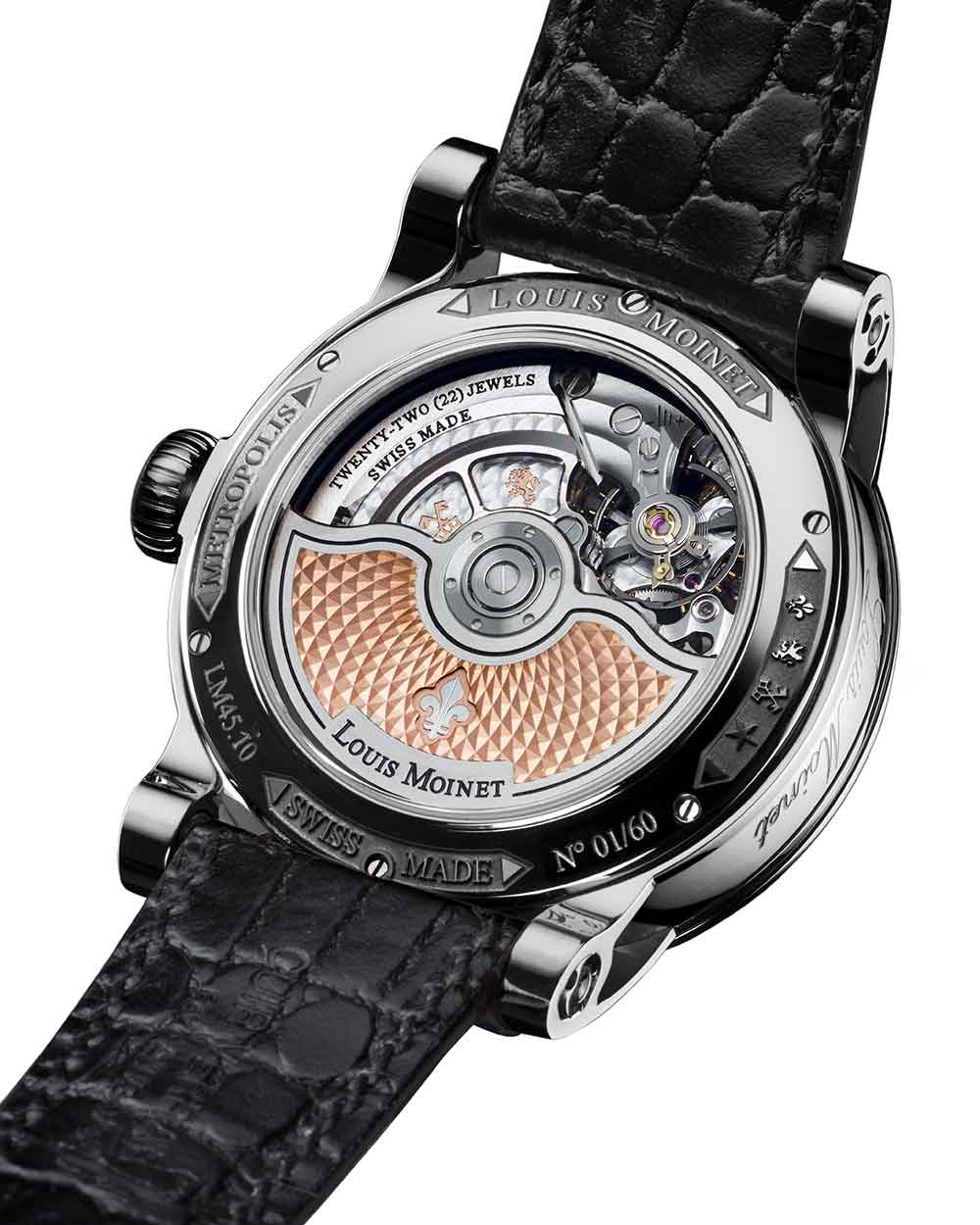 The watch is in two versions, rose gold case with white hour indices, and steel case with blue indices. The case is 43.2 mm in diameter, and it is a new design by the brand that has called it Neo. Its distinctive features include two vertical bridges from lug to lug, holding the movement, and the six exposed screws. The crocodile strap has a folding clasp decorated with the Louis Moinet Fleur de Lys symbol. 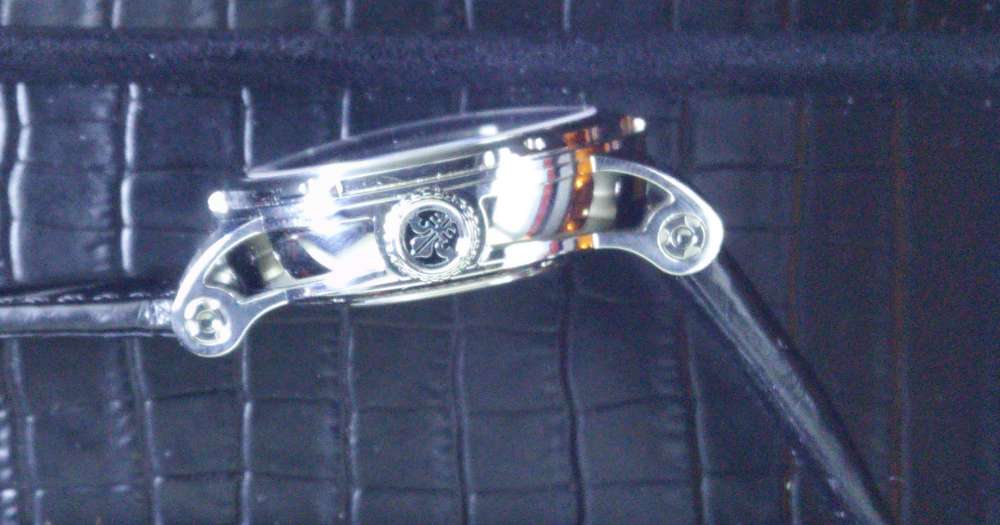 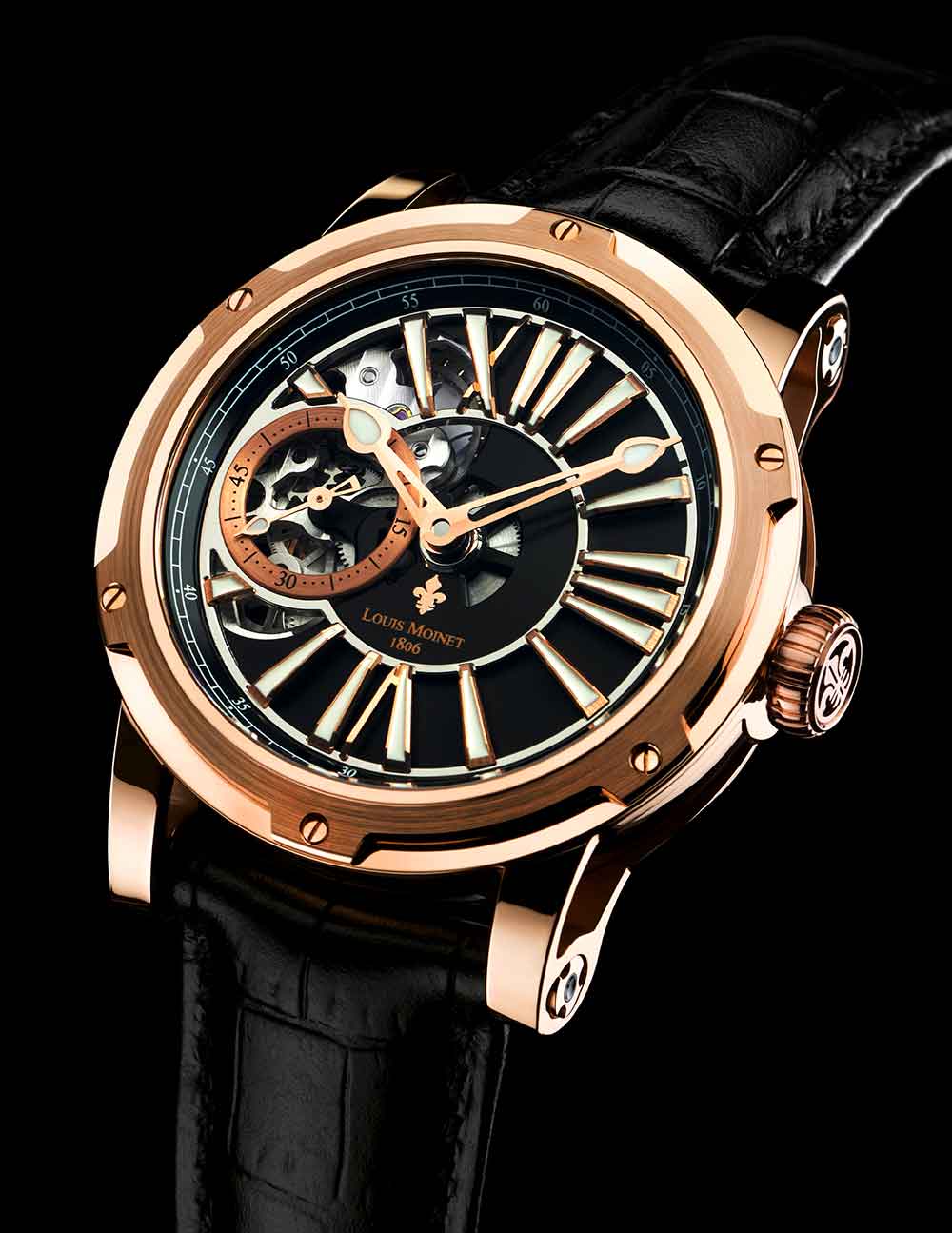 One thought on “Louis Moinet Metropolis”