The UR-106 Flower Power by Urwerk is a new version of the 106 watch with wandering hours, launched in 2015. The diamond-setting has been extended from the case and crown to include flowers incorporated into the wandering hour satellites. The case has a more feminine size with respect to the men’s versions but it’s still large at 35 mm wide, about 50 mm from top to bottom and 14.45 mm thick. The case is in steel, with a titanium crown set with diamonds. 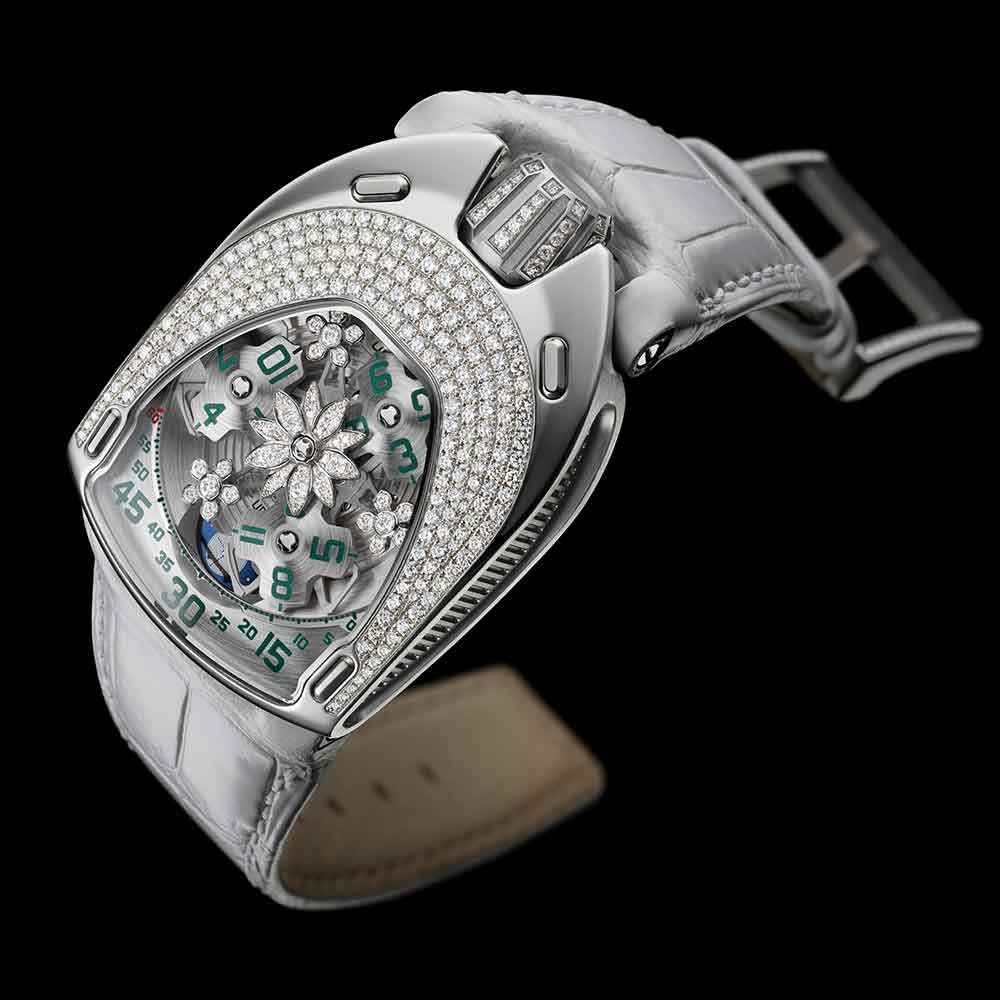 The time is shown on the wandering hours carousel that is the central tenet of Urwerk’s design approach. The hours are shown by three groups of four numerals that rotate so that the hour numeral is used to read the time on the minutes scale. The principle is based on a 17th century watch invented by the Campani brothers in Rome.

In the UR-106 Flower Power, the movement is decorated with a central flower in white gold set with diamonds, with three smaller flowers on the carousel, between the hour satellites. The case is set with 239 diamonds, work performed by the Magnin jewellery in Geneva. There is a moon phase at the front of the dial, with a background in lapis lazuli on a silver base. The hour and minute indications are hand-painted and coated in SuperLuminova. 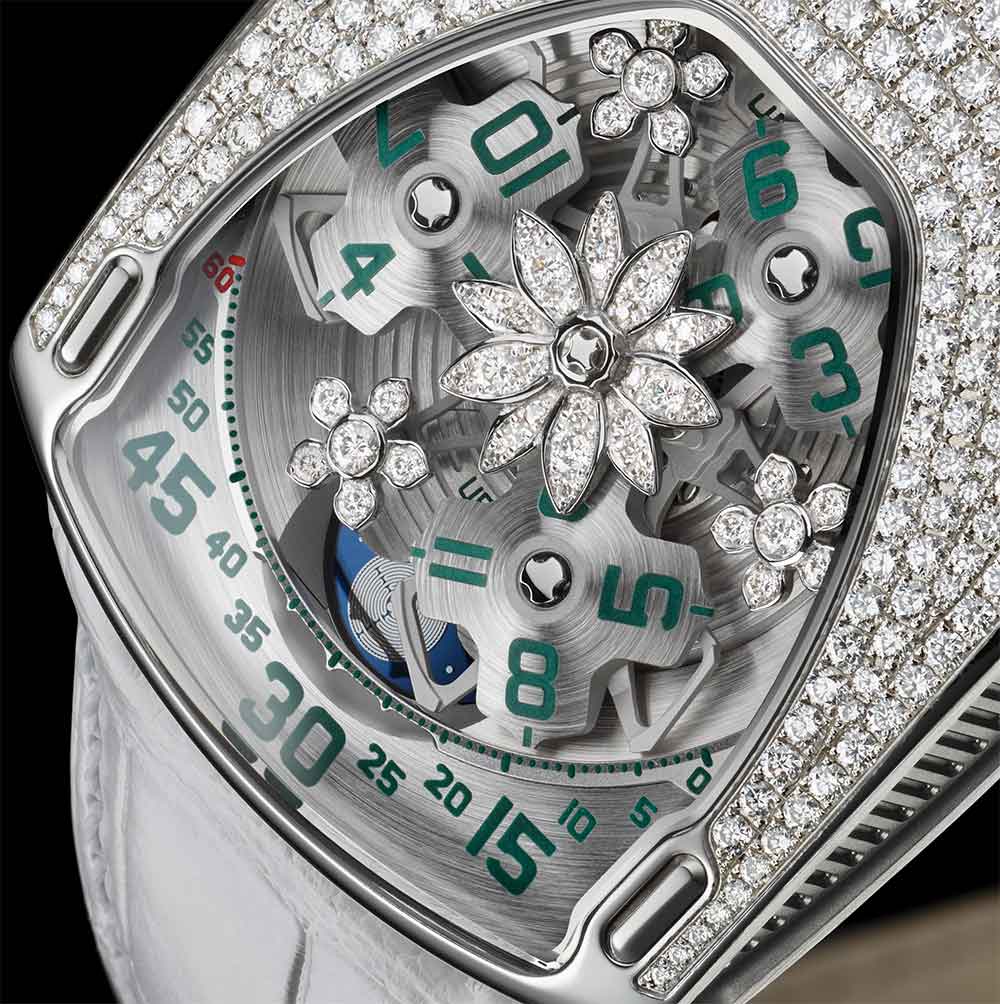 The watch is powered by the self-winding UR 6.01 calibre, whose base movement is the Zenith Elite, onto which Urwerk construct their proprietary wandering hours module. It provides 48 hours power reserve.

The flower motif is often a feature of women’s watches, but recently there have been several pieces in which a flower is incorporated into the mechanics of the watch. In Breguet’s Tradition Dame 7038 the flower is engraved onto the barrel and so gradually rotates. In Margot by Christophe Claret, the daisy becomes a game of “He loves me, he loves me not,” with a petal disappearing every time you press the pusher. In the Perrelet Diamond Flower Amytis, the flower is a dial-side rotor.