The three new versions of Manufacture Royale’s 1770 Micromegas Révolution were first presented at Salon QP, London, in 2016, and then in Geneva in January 2017. It is a lovely double tourbillon, made in three limited editions, each of just three watches. They are also innovative in their colours, bright and sophisticated. 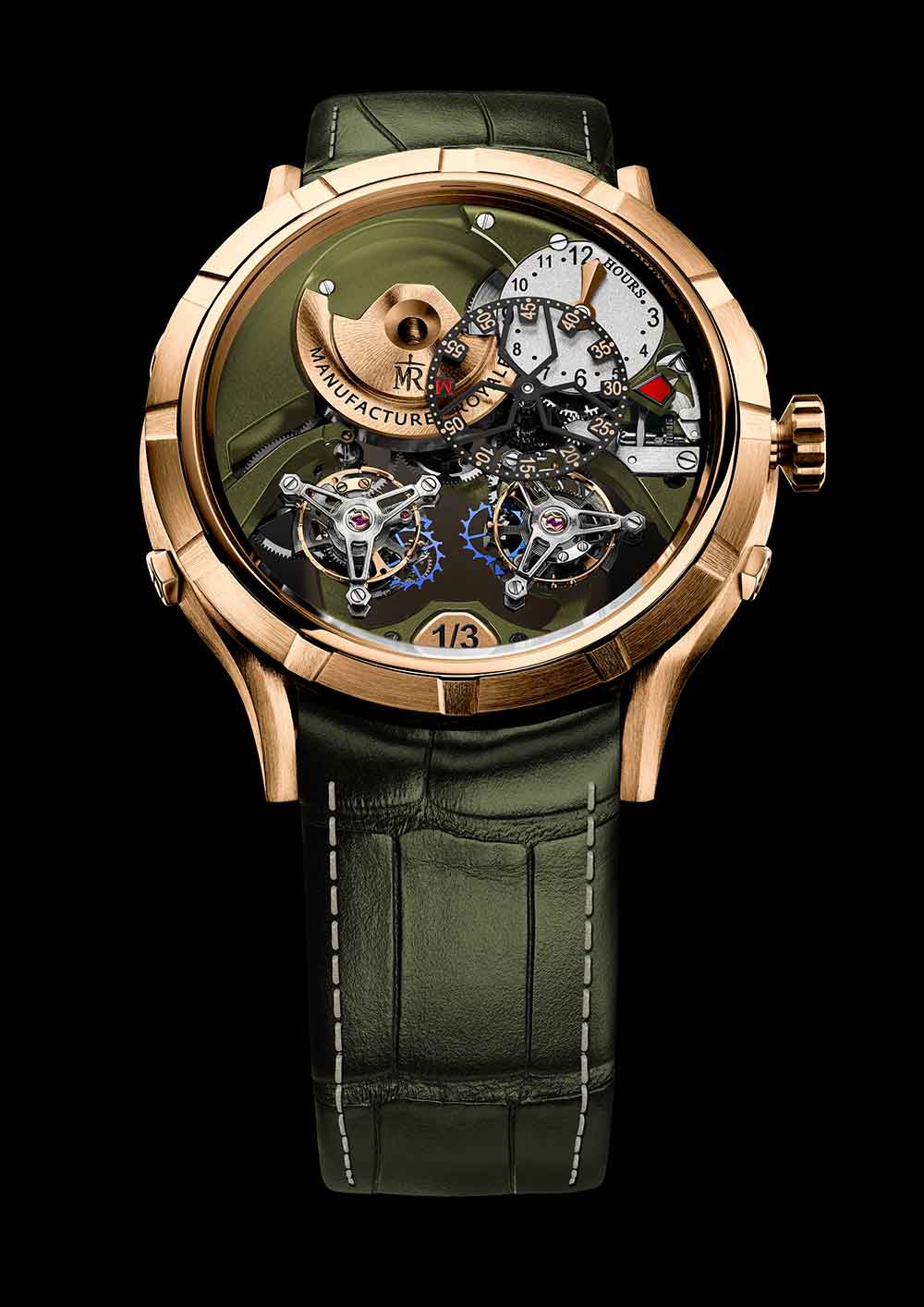 The 1770 Micromégas Révolution has two tourbillons with different rotation speeds, one rotating 10 times a minute, the other rotating once a minute. The two balances oscillate at different rates, the one in the fast tourbillon at 4 Hertz, the one in the slow tourbillon at 3 Hertz. The output of both regulators is averaged out by a torque stabilizer to improve the precision of the timepiece. Visually, it’s spectacular. 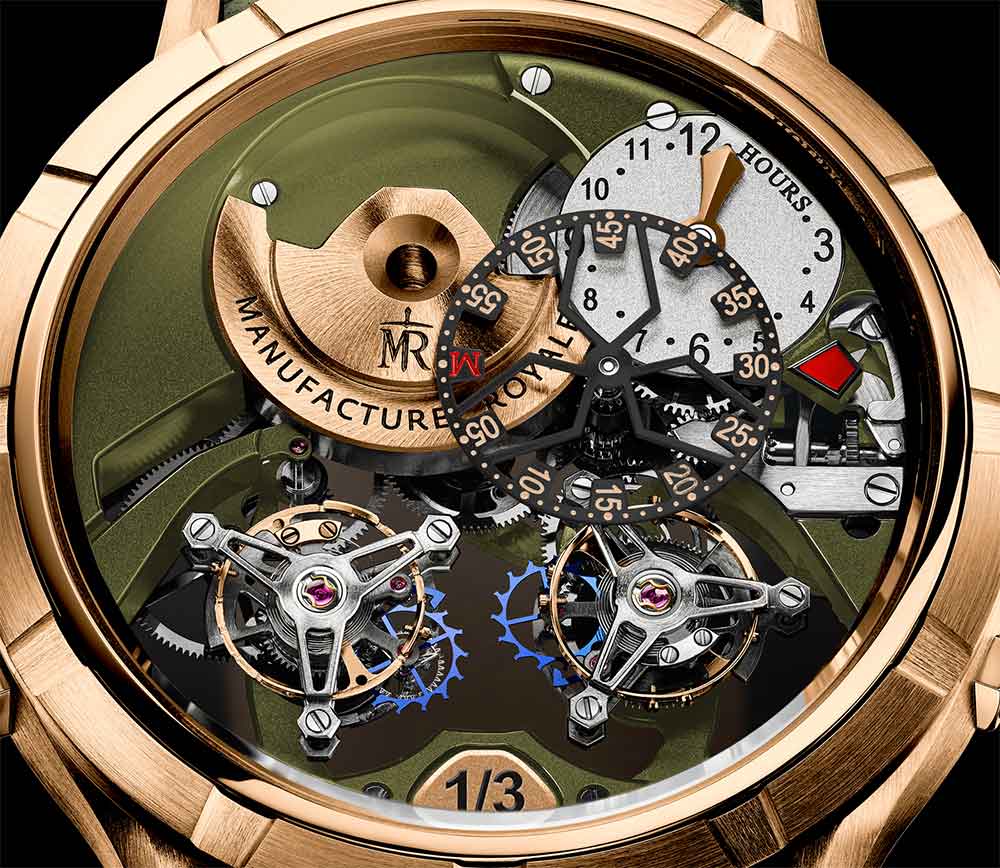 There is a lot of watchmaking skill here. At first glance, the two tourbillons look similar, but in fact there are differences in materials, with the fast tourbillon cage lighter, made in titanium, while the other that moves more slowly is in brass. The escapement wheel and pallets are in silicon to reduce friction.

Do you want to see it for real ?Visit us soon at Baselworld – The Watch and Jewellery Show Les Ateliers Hall 1.2

Manufacture Royale have developed a way of placing the most interesting parts of the movement above the dial, in this case the two tourbillons and the microrotor whose swings that accompany the wearer’s movement wind the mainspring. The time display is divided into two parts, with a silvered dial for the hours, and a skeletonized disc showing the minutes, read off against a red pointer. Power reserve is 40 hours. 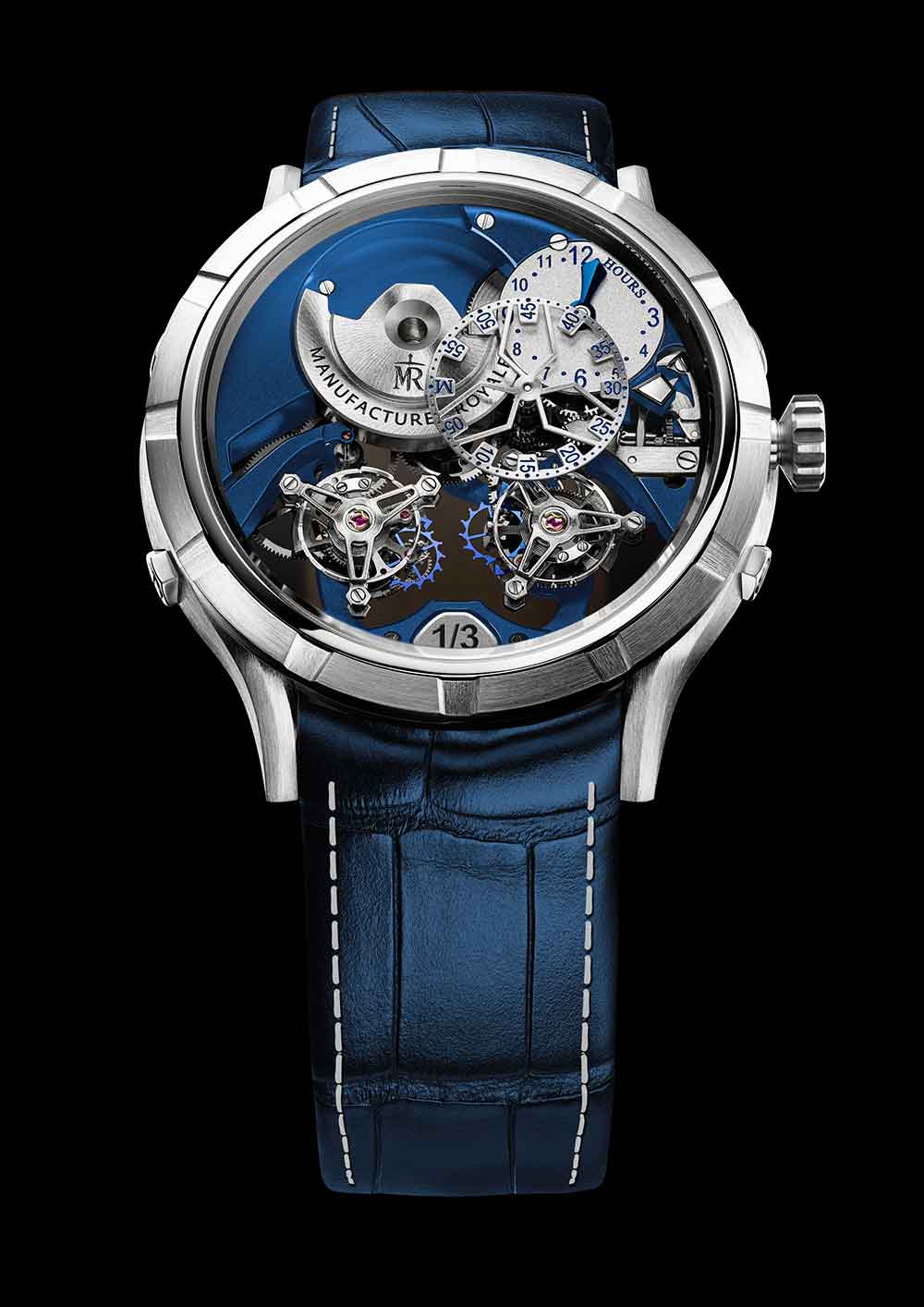 The same sort of functional efficiency can be seen in the 45mm case, 11.8 mm thick, in which the central section is formed by two sidebars that are continuous with the slender lugs and are fastened by hexagonal screws. The watch has a sapphire caseback, revealing the MR08 movement, entirely made in-house. The watch has a matching alligator strap with contrasting stitching. 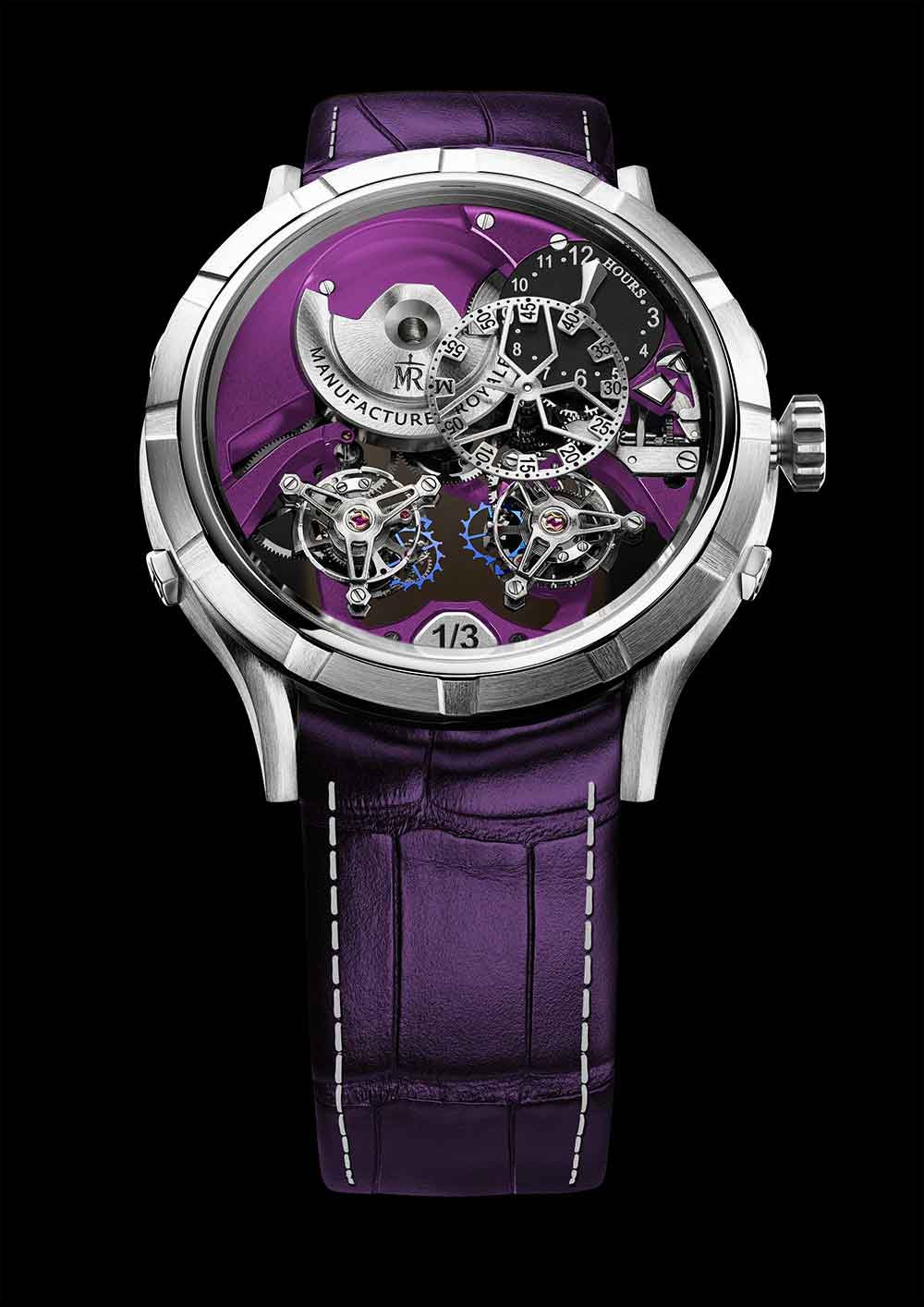 Two of the three versions have a titanium case, with purple bridges and mainplate and black hour subdial, or blue bridges with silvered subdial. The third version has a pink gold case with khaki bridges. The colours are created by a CVD (chemical vapour deposition) treatment based on metal oxides.

The 6 watches in titanium (3 blue, 3 purple) cost 142,000 Swiss francs plus tax. The 3 watches in pink gold with khaki colour cost 164,000 Swiss francs. They were available as from February 2017. More information from the Manufacture Royale website.