Baselworld is approaching, and all the watch nerds going there know that we’re going to see the usual swathe of chronographs based on the Valjoux 7750 calibre, which has been with us since 1973 and shows no signs of wanting to retire. This movement has helped perpetuate the chronograph layout with two or three subdials, and with a central chronograph seconds hand. So when a brand presents a totally new chronograph arrangement, it’s big news. Fabergé has announced that the Visionnaire Chronograph will be presented at Baselworld (from 23 March) and, judging from the preview photos shown here, it is a truly innovative design. 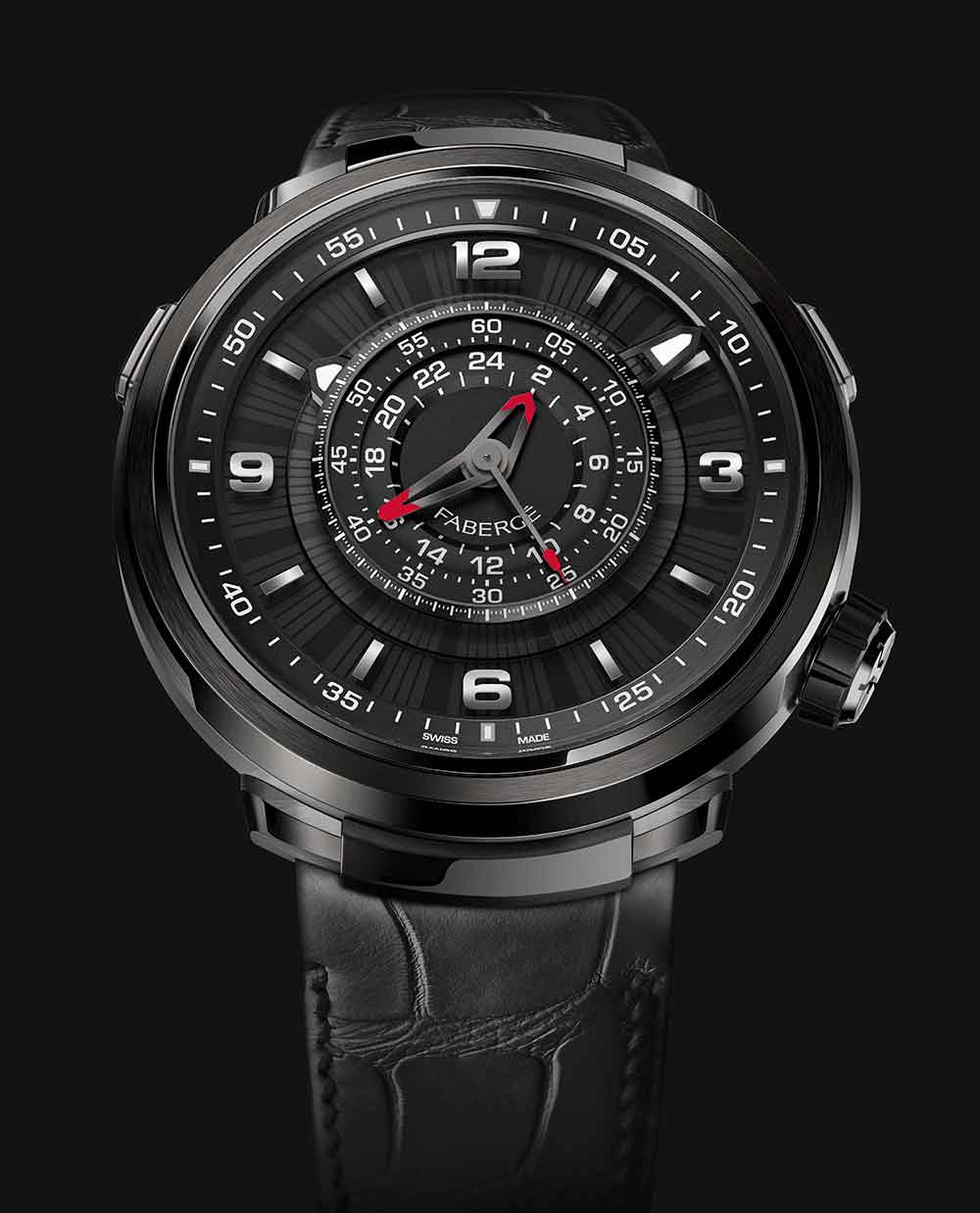 The Fabergé Visionnaire Chronograph separates the hour and minute hands, at the outer edge of the dial, from the chronograph hands which have ther own separate dial at the centre. This is a logical arrangement, because chronograph seconds, minutes and hours are all in the same place, and have three hands all with red tips. The chronograph pushers have also been rethought, positioned at 10 and 2 o’clock, with the crown moved to 4 o’clock. This feels ergonomically more effective, because you can use your thumb and index finger in a position that maximises the force on the pushers. 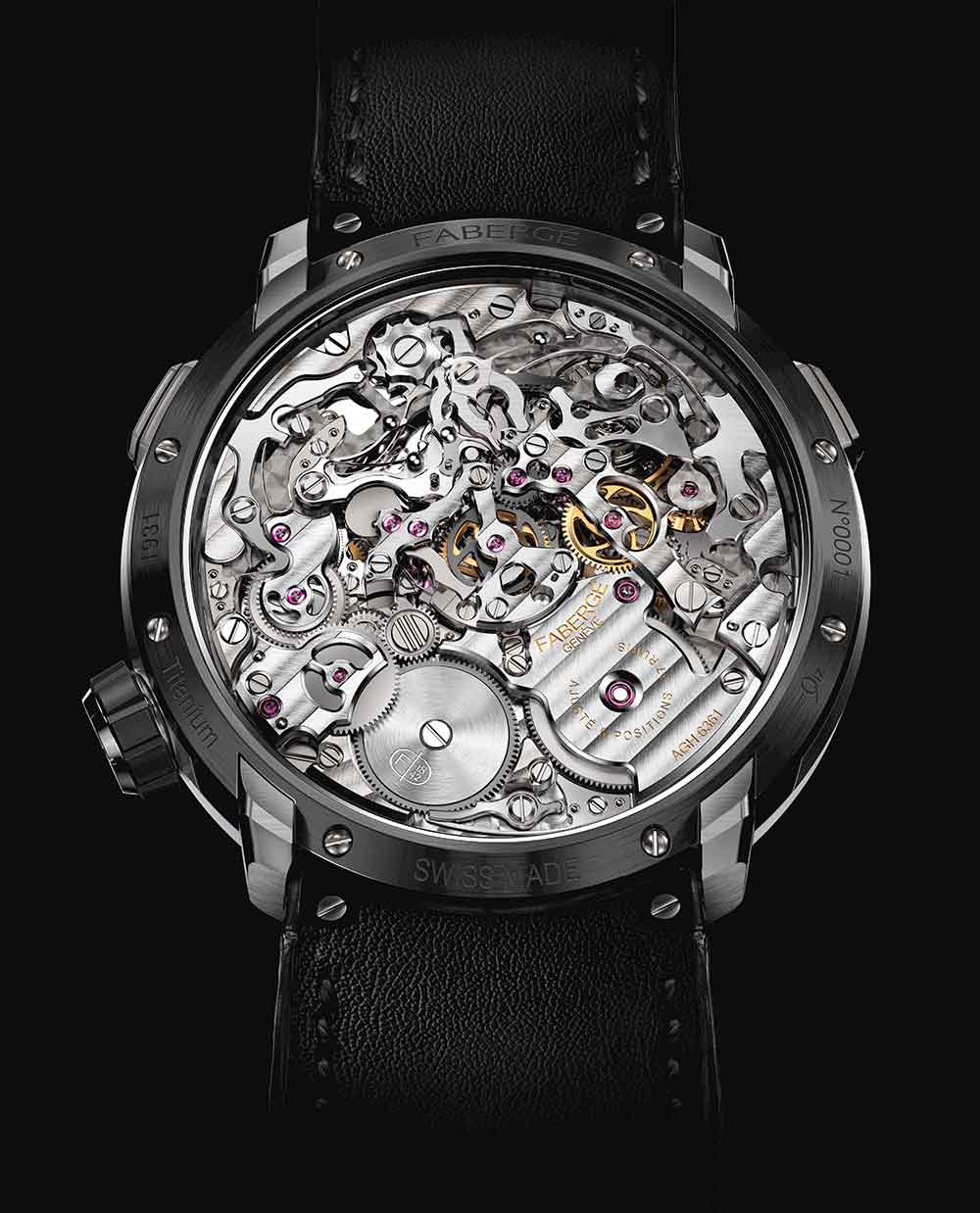 The watch is based on a new automatic movement, calibre 6361, also called AgenGraph, designed by Agenhor. The name of this movement design company sounds exotic, but in fact it is simply an abbreviation of Atelier Genevois d’Horlogerie, a studio founded by Jean-Marc Wiederrecht in 1996. When Fabergé decided to start making watches a few years ago, they turned to one of the best in the trade. This year, Jean-Marc will be a busy man, as he has also been working with Hermès and will be talking about his new watches for this brand as well. 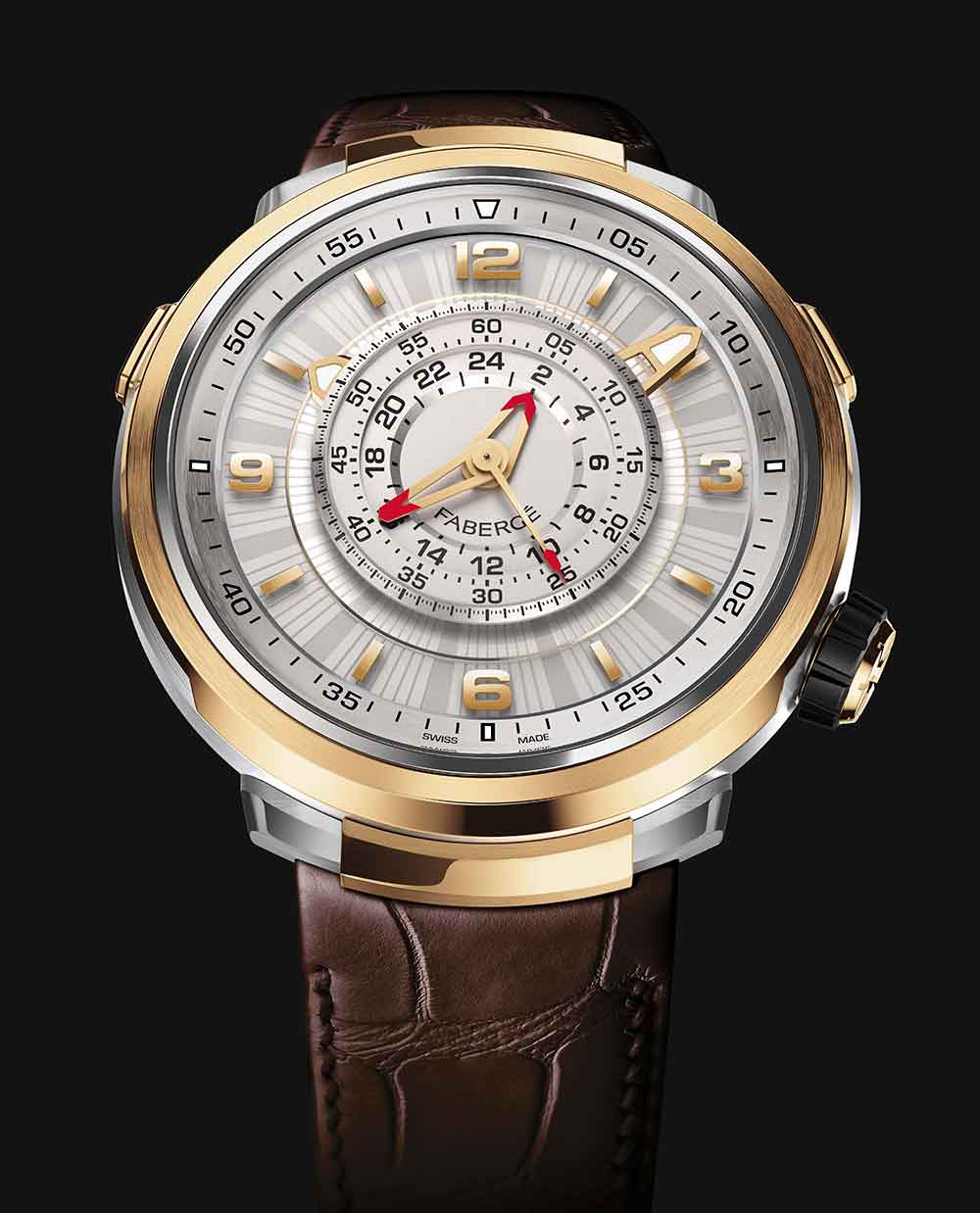 Calibre 6361 comprises five patents, two of which are directly involved in the chronograph movement. The layout, with chronograph indications grouped together at the centre, reflects the movement construction, which has a central chronograph module within an annular base calibre. The rotor that winds the movement can be seen from dial side, at the edge, under the hour indices, with radial decoration. Other interesting features are the instantaneous jumping of the chronograph minute and hour hands at the completion of every minute or hour, and a new chronograph clutch, the AgenClutch, which is a lateral friction clutch that combines the smoothly-engaging vertical clutch with the flatness of the horizontal clutch. 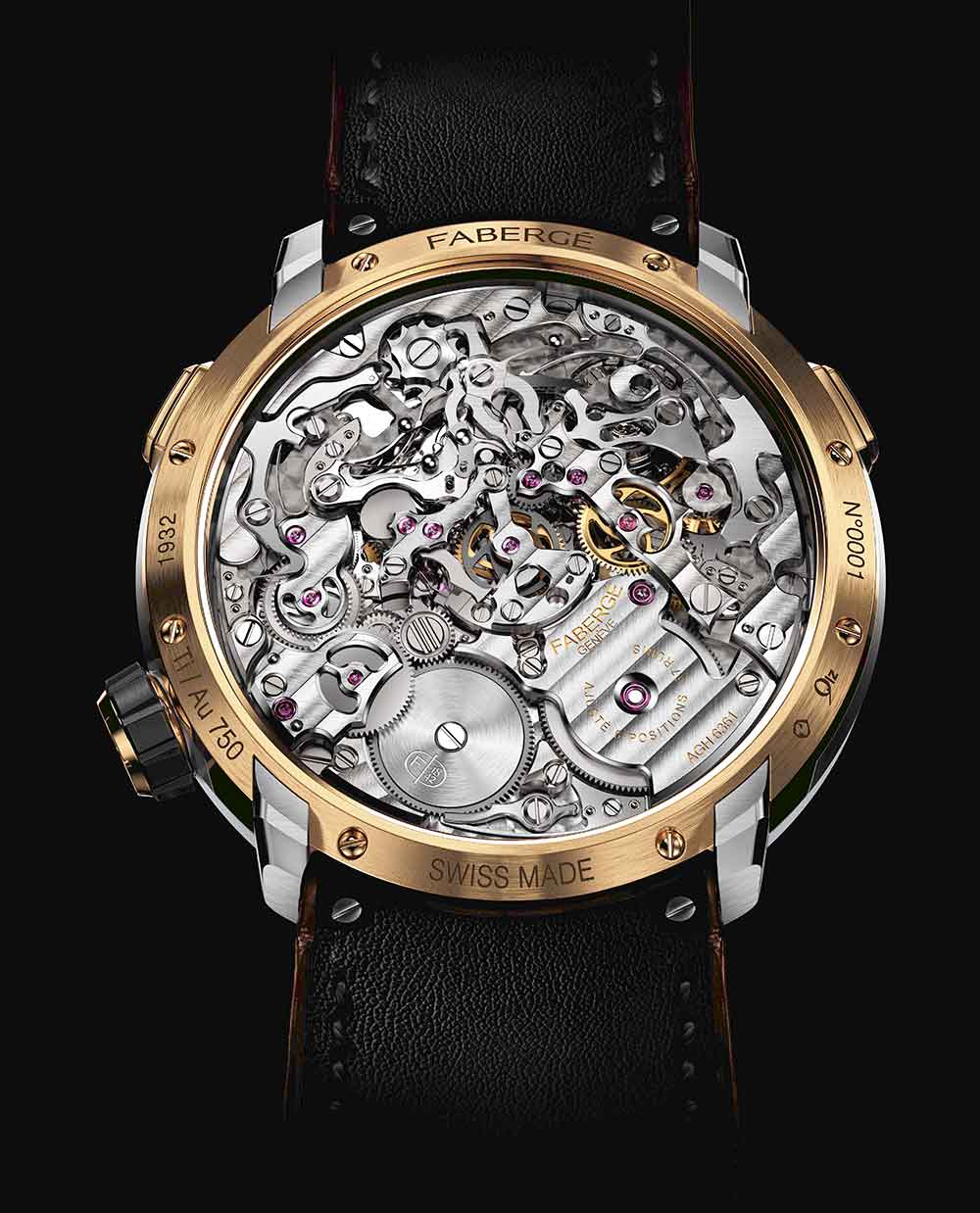 Fabergé has linked the Visionnaire Chronograph to a historical piece, the unfinished Constellation Egg by Peter Carl Fabergé, dating back to 1917. This was the last of the 52 Imperial Easter Eggs commissioned by the Romanov family from 1885 to 1917. It would have been delivered for Easter 1917, but the 1917 February Revolution changed everything, and the Constellation Egg vanished. Some components of the egg resurfaced in about 2000, in a Moscow museum. Perhaps we’ll see them in Basel? The watch has a laser-engraved etching of the egg on the sapphire caseback, only visible at certain angles of lighting. The Visionnaire Chronograph marks the 100th anniversary from that last egg.