In 2007, when it was introduced, the Lange 31 was the world record holder for power reserve in a mechanical watch, reaching 31 days, 744 hours. Since then, other watches have exceeded this, but the Lange 31 is still the watch with a classic case design having the highest power reserve. It’s large, 46 mm in diameter and almost 16 mm thick, very heavy at 275 grams, but it’s a normal watch. In 2017, A. Lange & Söhne presents a new variant in white gold and grey dial, a limited edition of 100 watches. 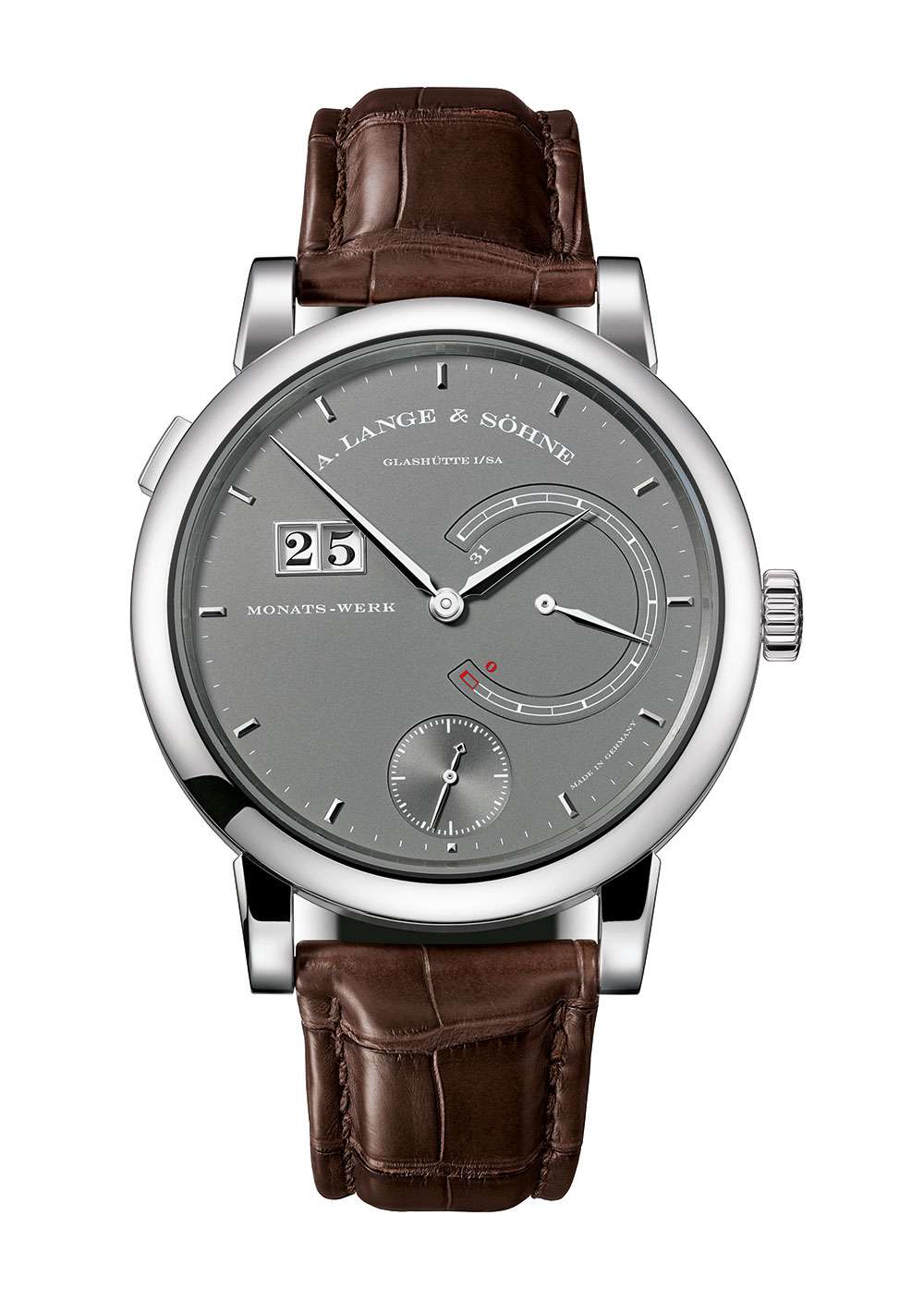 A. Lange & Söhne are masters of discretion, and the overall design doesn’t shout “power king.” There is a large power reserve indicator that has the figure 31 at the top end, but apart from that, it’s a normal dial, with small seconds subdial and big date. The case is in white gold, 45.9 mm in diameter and 15.9 mm thick, with a grey dial in silver, rhodiumed gold hands, and a brown alligator leather strap with white gold deployant clasp. The crown is used for setting the time; there is a pusher at 10 o’clock for adjusting the date. 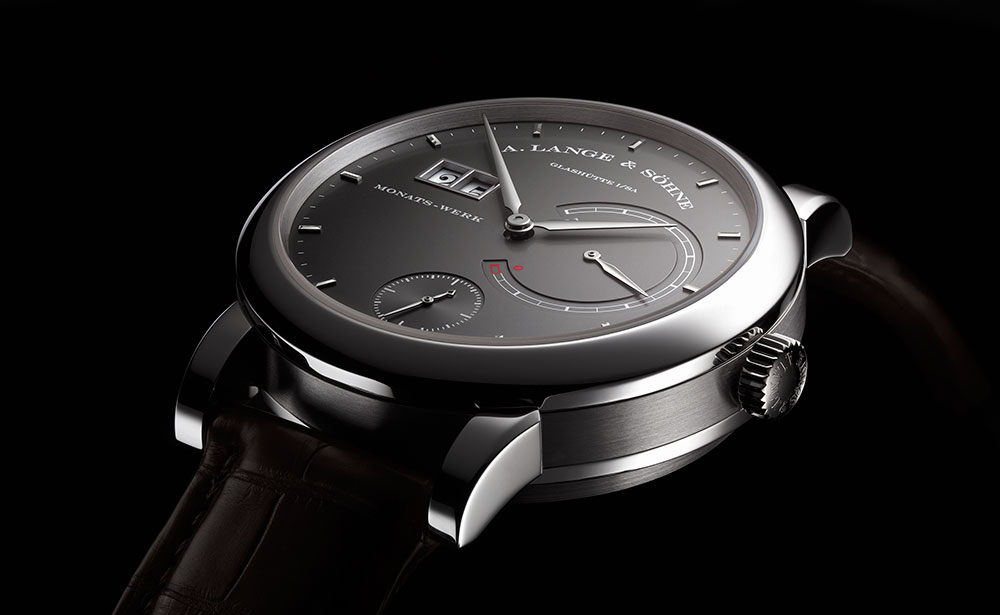 You get an idea of the movement’s complexity when you look at the watch through the sapphire caseback. The power is stored by two mainspring barrels, each with a spring 185 cm long. So this watch has a total of 3.7 metres – just over 12 feet – of mainspring, which when fully wound delivers a massive force. The barrels take up three-quarters of the space in the movement. The watch has a constant-force mechanism to keep the power under control and to deliver a regular torque to the escapement. It does it by means of a remontoir spring. Every ten seconds, the mainsprings retension the remontoir spring (this can be seen from the rotation of the three-armed rotor visible near the centre of the caseback), and this latter spring delivers a constant amount of energy to the escapement. As a result, the balance always oscillates with the same optimum amplitude, and precision remains constant from the first day right through to the 31st day, when a limiter mechanism stops the movement. 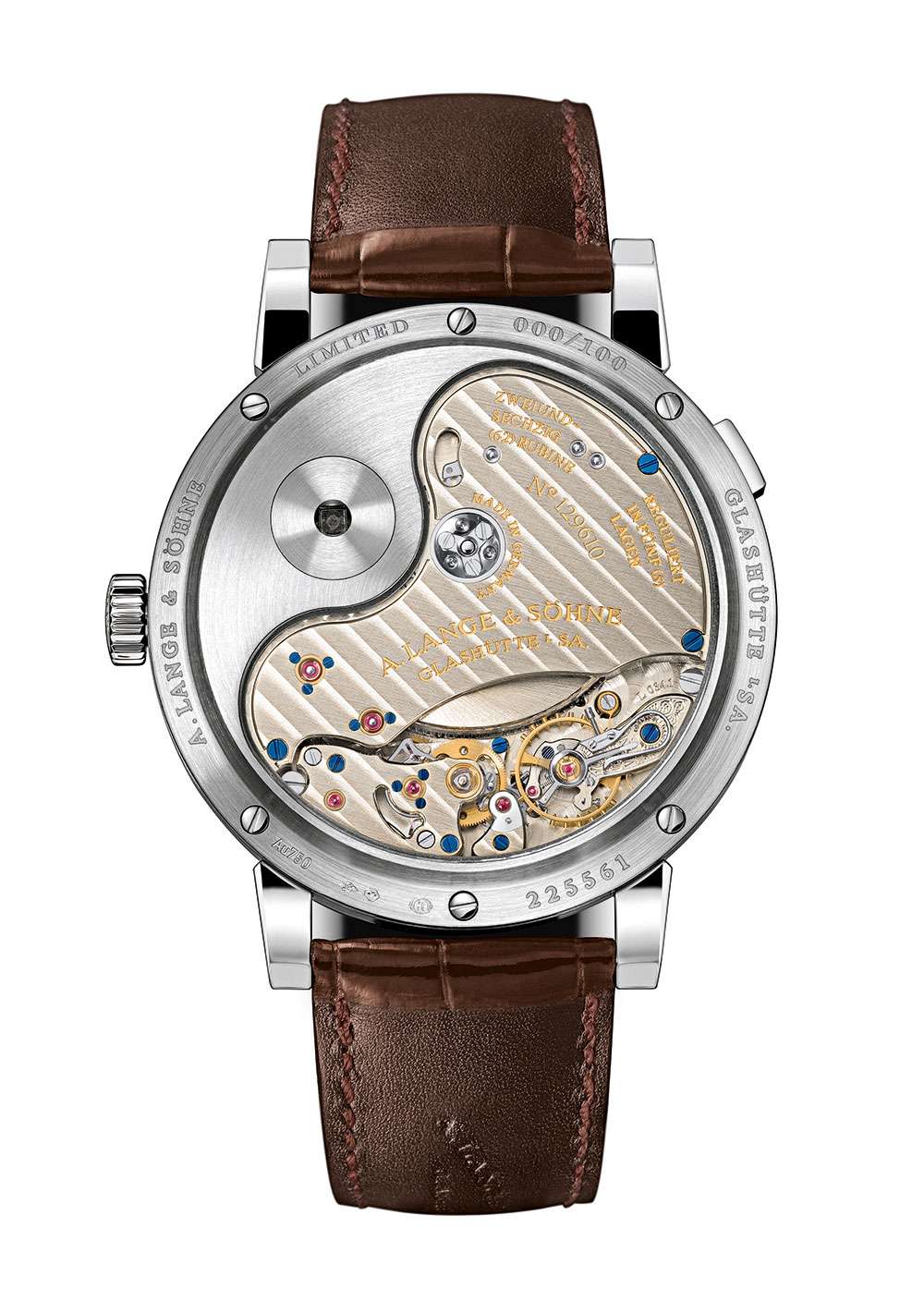 The mainsprings are wound using a key inserted into a hole in the caseback. A torque limiter prevents overwinding. The balance runs at 3 Hertz, 21,600 vibrations per hour; the movement has 406 parts and 62 jewels. 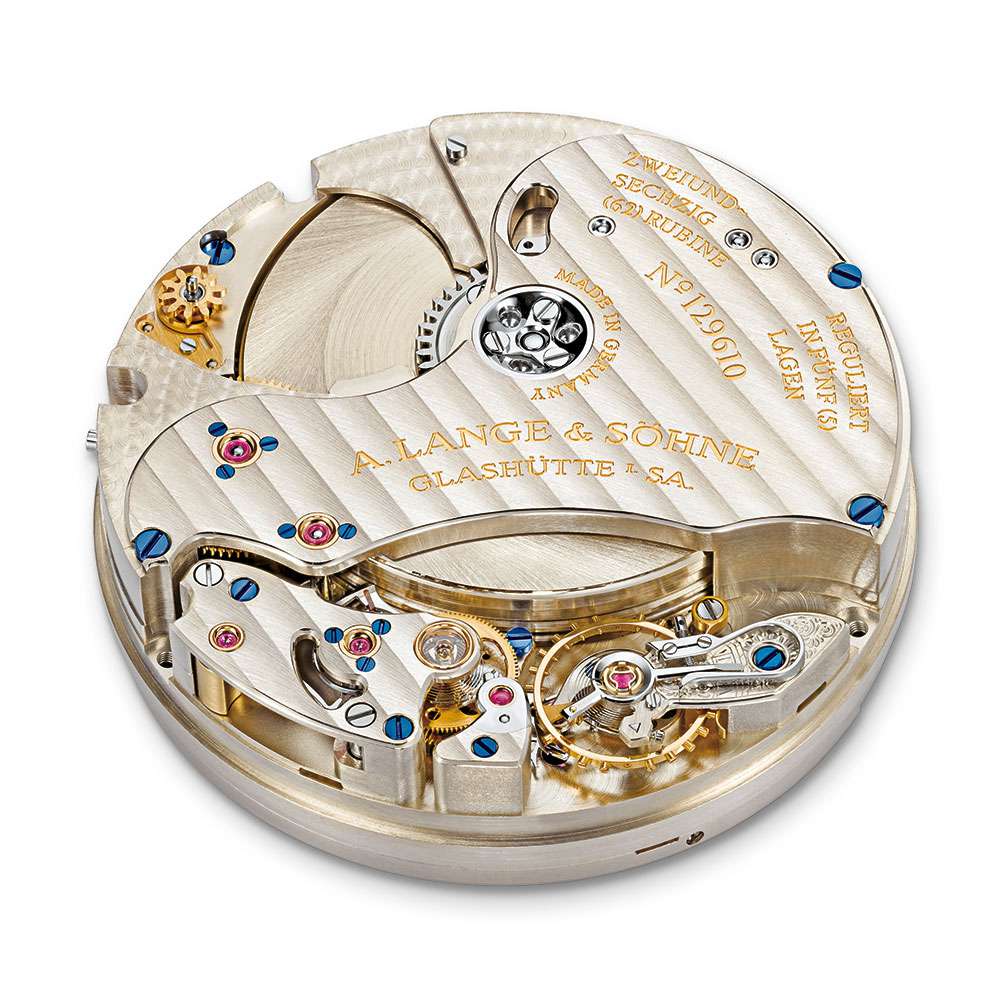