Baume & Mercier have presented two chronographs with Valjoux 7750 movements as part of the Clifton Shelby Cobra collection. While the brand’s primary focus is on reference 10344, with a flyback chronograph, 10342 and 10343 are also two attractive watches, with a far more accessible price at 3,900 Swiss francs, €4,100, US $4,450. 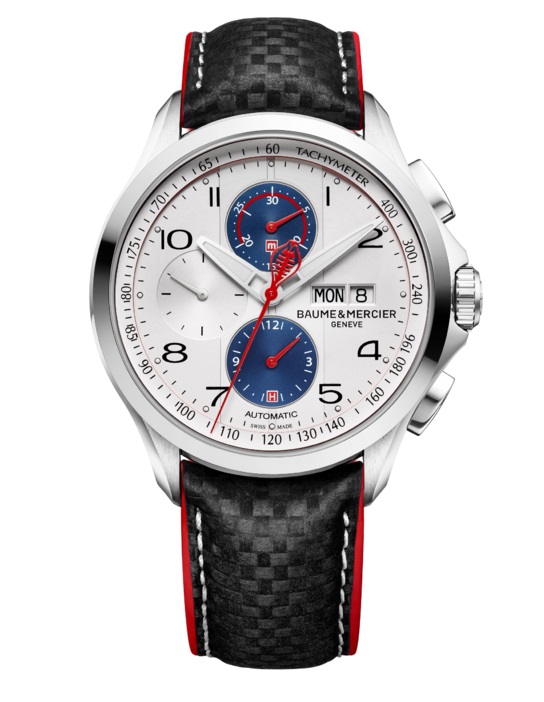 10342 and 10343 are identical except for the colour scheme, and it’s amazing how different they look, one with respect to the other, 10342 with a silvered dial and blue counters, and 10343 with blue dial and silvered counters. The dial is unusual for its division into three vertical bands by a slight difference in level. The vertical steps frame the subdials at 12 and 6 o’clock, the top subdial for 30 chronograph minutes with a dashboard instrument design style and marked with an “m”, and the lower subdial for 12 chronograph hours, marked with an “H.” I particularly like the way in which all the chronograph readings have red hands, and I love the cobra logo which becomes the chronograph seconds hand counterweight. The continuous seconds subdial on the left gives the watch some life when the chronograph is at rest and tells you that the watch is working. On the right, I like the organization of the day and date, with the brand name. The only problem with the dial is the hour and minute hands that are rather wide, attractive in themselves, but that cover a lot of the subdials when they are in that area. 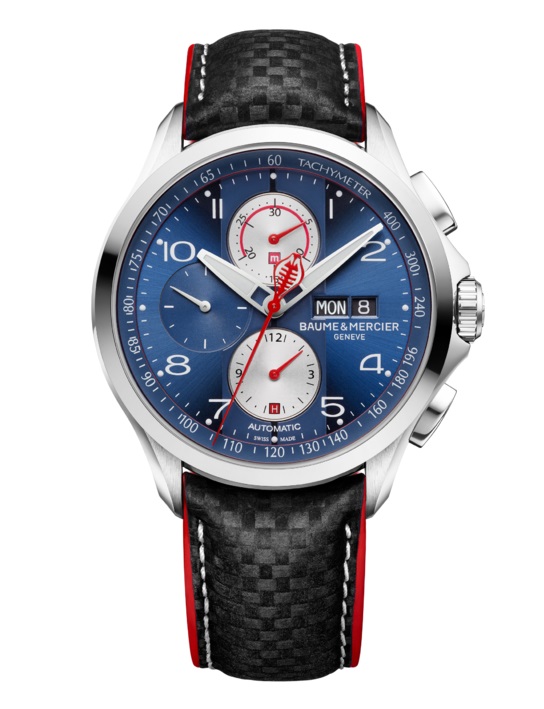 They are both fairly large watches at 44 mm diameter and almost 15 mm thickness. Case is in steel with polished and satin finish, water resistance 5 bar, 50 metres. The black strap is in calfskin with carbon-type finish, and a red lining in rubberized calfskin. The red can be seen on the side of the strap which coordinates neatly with the chronograph hands and dial details. The strap has an adjustable triple-folding clasp with security pushers. 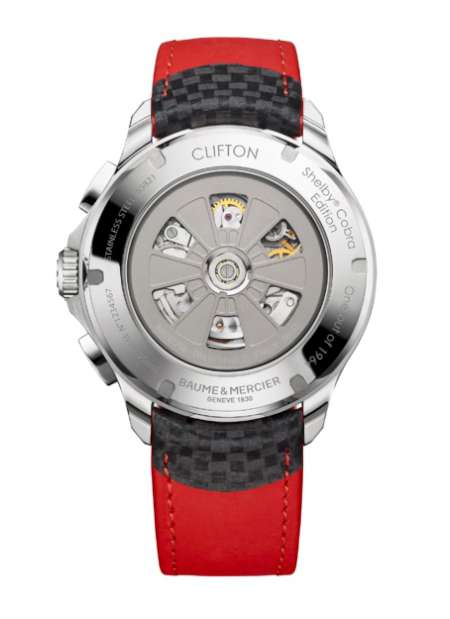 The caseback has a sapphire window that reveals the oscillating weight, whose shape recalls the Cobra’s alloy hubs. The Valjoux 7750 movement can be glimpsed through the spaces in the rotor. It runs at 4 Hertz, 28,800 vibrations per hour, and has a power reserve of 48 hours.

The two watches are limited editions, each 1,964 pieces, a number linked to the year in which the Shelby Cobra Daytona Coupé racing car appeared on the circuits. Curiously the speed recorded for the car on the Mulsanne Straight at Le Mans that year, 196 mph, corresponds to the first three digits of the year. That speed is included on the tachymeter scale. The latter is more commemorative and traditional than functional, and in the same way, the chronograph seconds scale is rudimental with just single-second divisions. But the watch as a whole is, in my opinion, an attractive piece. Read more at the Baume & Mercier website. 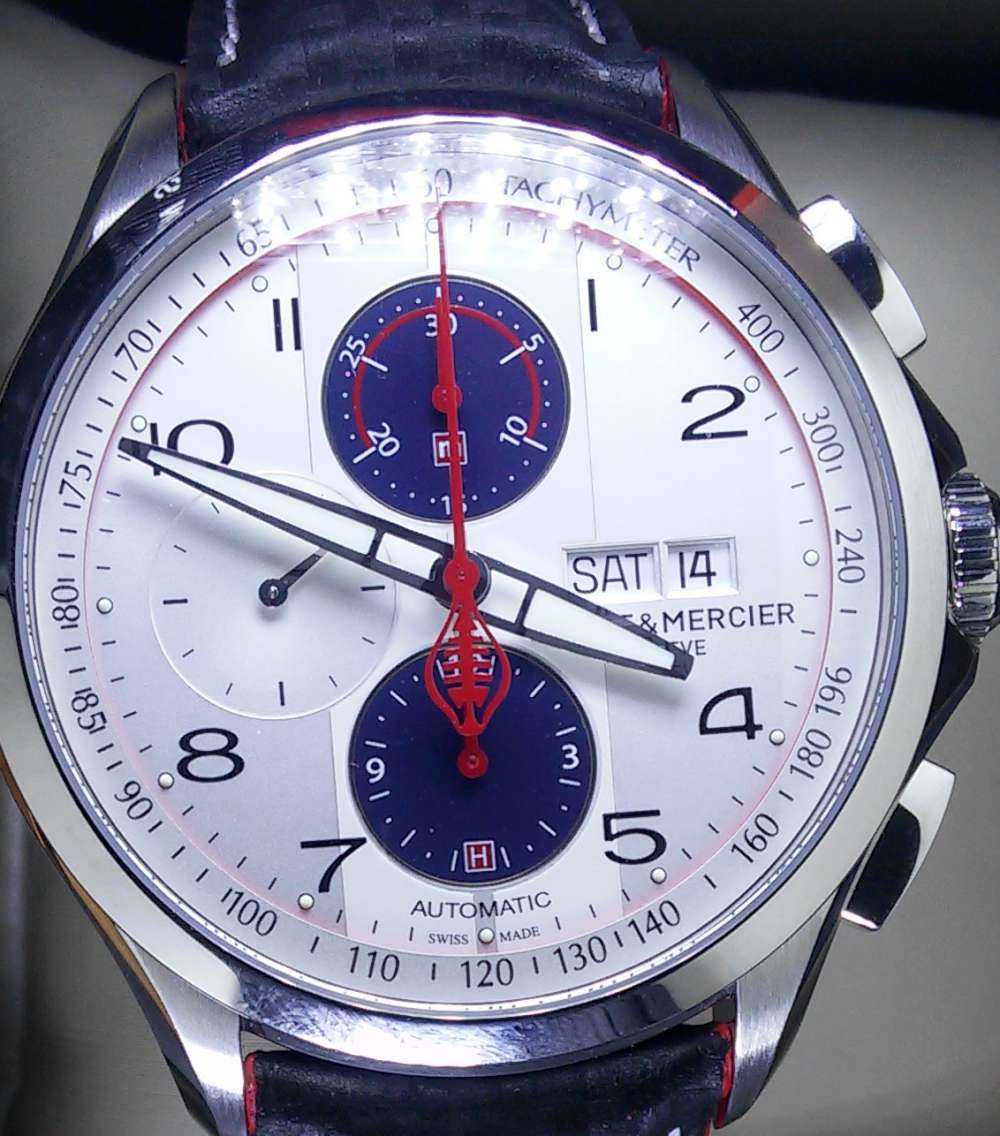