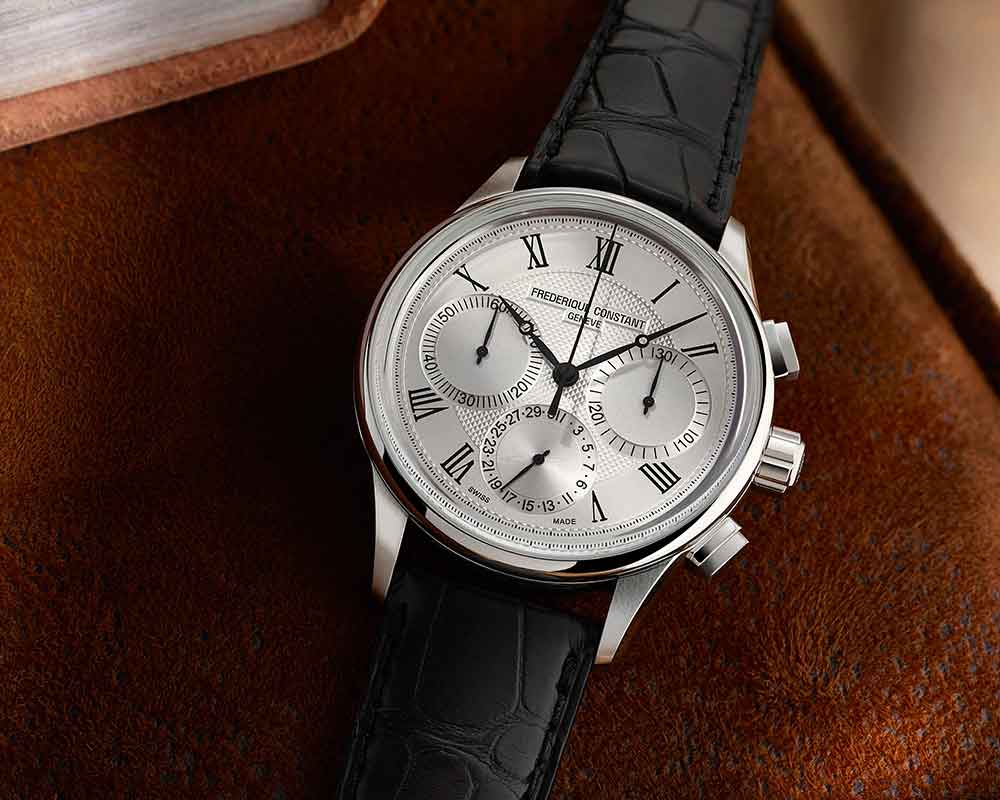 Frederique Constant watches have a classical design that often gives them a resemblance to far more expensive brands such as Breguet. The Flyback Chronograph Manufacture has a 42 mm case that looks fairly slim, with a 5 atm water resistance rating. It is made in two designs, one with printed slender Roman numerals, Breguet hands and Clou de Paris guilloché decoration, and one with a smooth dial with applied hour indices. At first glance the watch has the tricompax dial layout, but in fact the lower subdial is for the date. The subdial at 3 o’clock is the 30-minute chronograph counter, and the counter at 9 o’clock is for continuous seconds. The watch has a sapphire caseback. 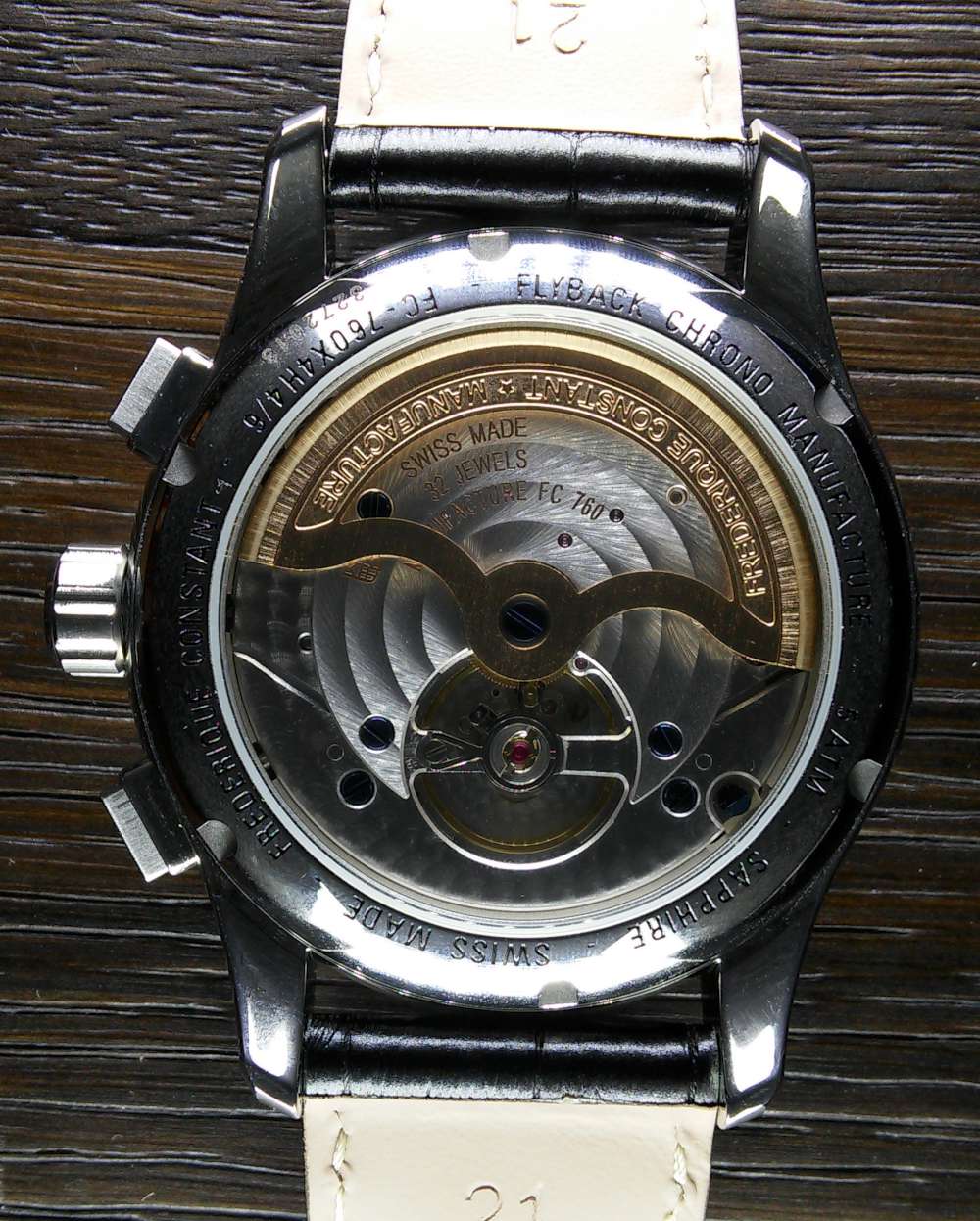 The FC-760 flyback chronograph movement is based on the FC-710 time plus date movement, also in-house. It has 233 components, 96 of which are in the chronograph module. It features a new patented type of column wheel, that Frederique Constant calls the Star Wheel. Essentially it is easier to manufacture than a column wheel, and ensures the same smoothness of operation that it characteristic of column-wheel chronographs. 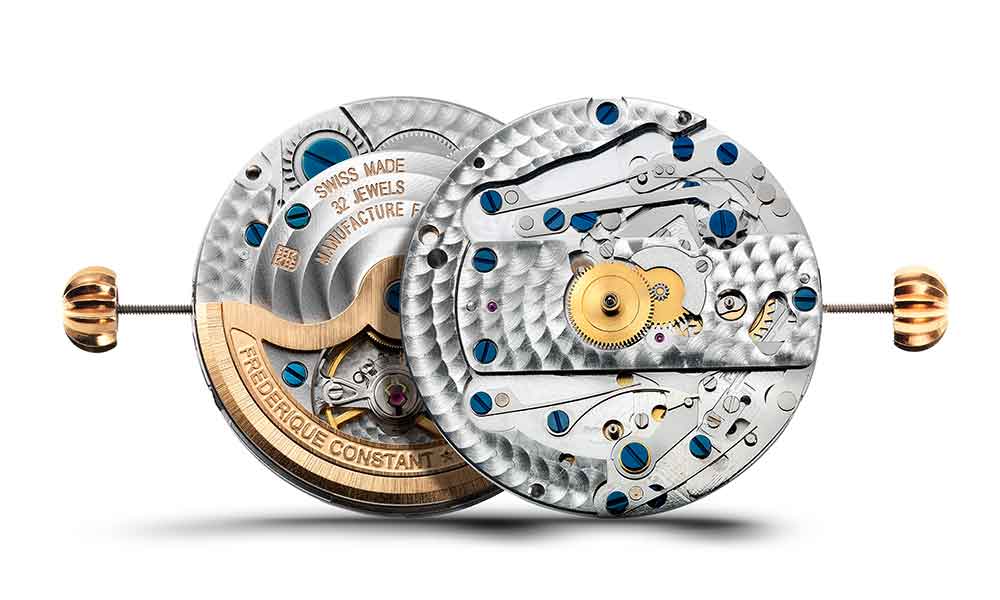 The clutch has also been rethought, and, as it is described as “a new type of swiveling component with two toothed pinions,” it is presumably based on a geometry similar to the horizontal clutch. The movement is self-winding, with a power reserve of 38 hours. The operation of the chronograph is performed using the two conventional pushers: start by pressing the upper pusher (2 o’clock), flyback (return to zero and restart) on the lower pusher (4 o’clock), which can be performed as many times as you like, and then stop (upper pusher) and return to zero (lower pusher). 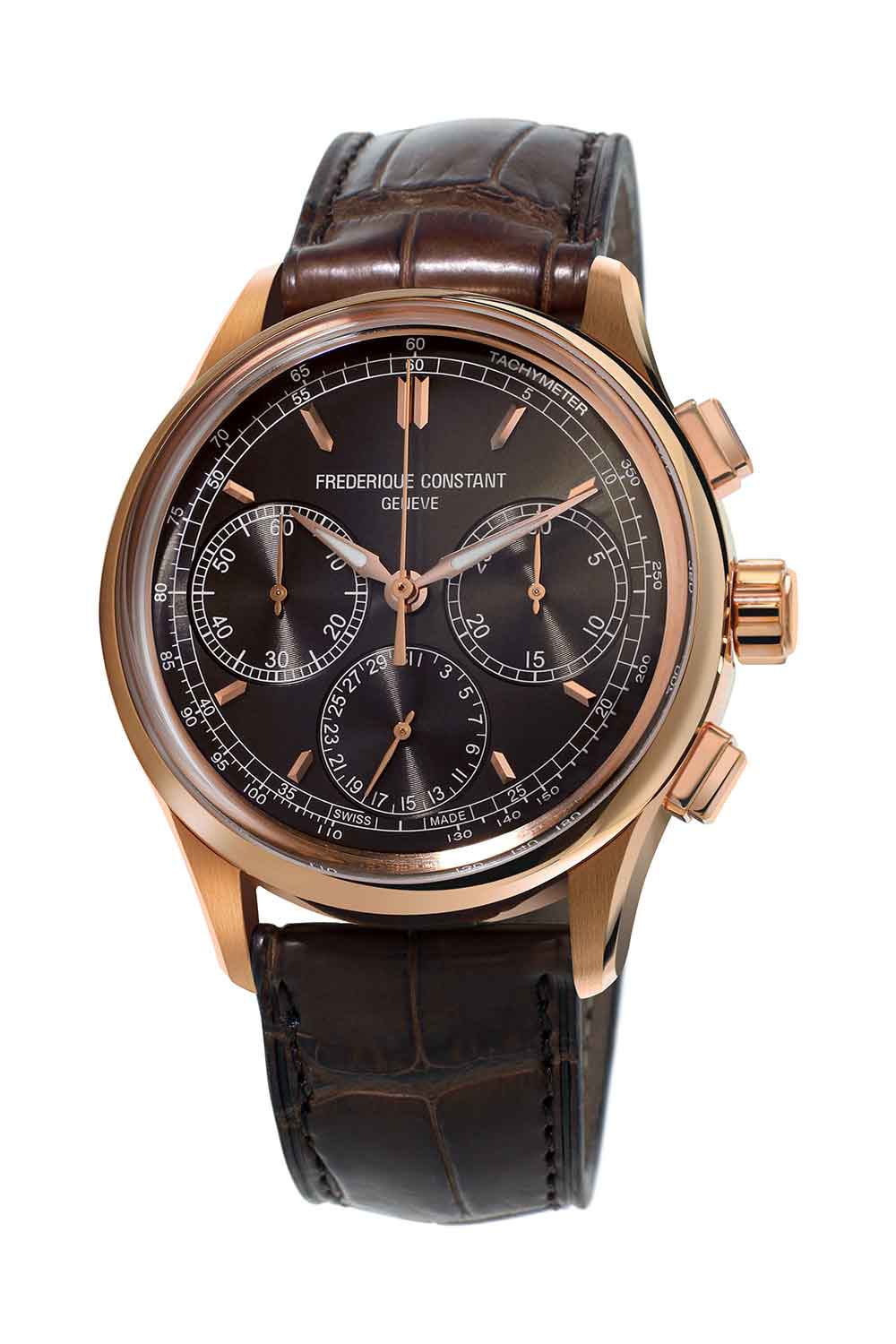 The FC-760 calibre is decorated with perlage and Côtes de Genève, visible through the display caseback. You can’t see anything of the chronograph mechanism which is placed dial-side, but you get a view of the rose-gold-plated rotor. The balance runs at 28,800 vibrations per hour, 4 Hertz. The movement has 32 jewels, and is self-winding, with a 38-hour power reserve. 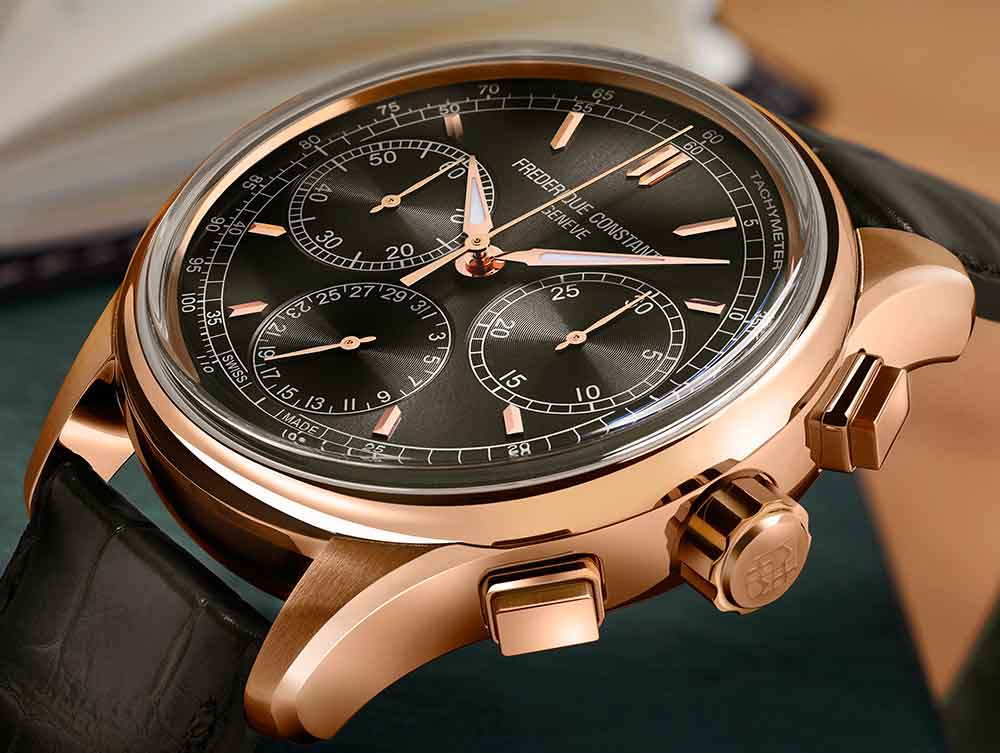 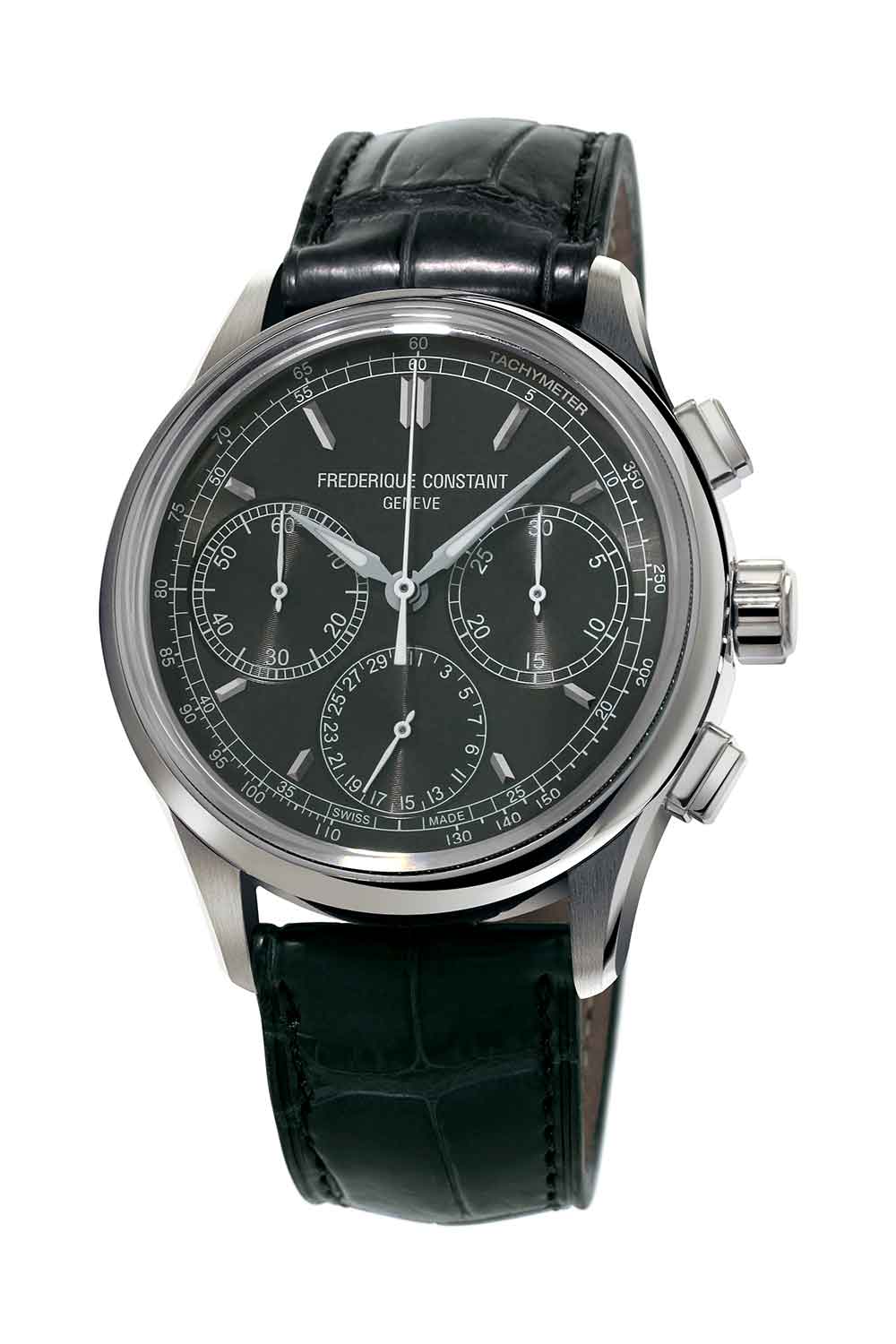 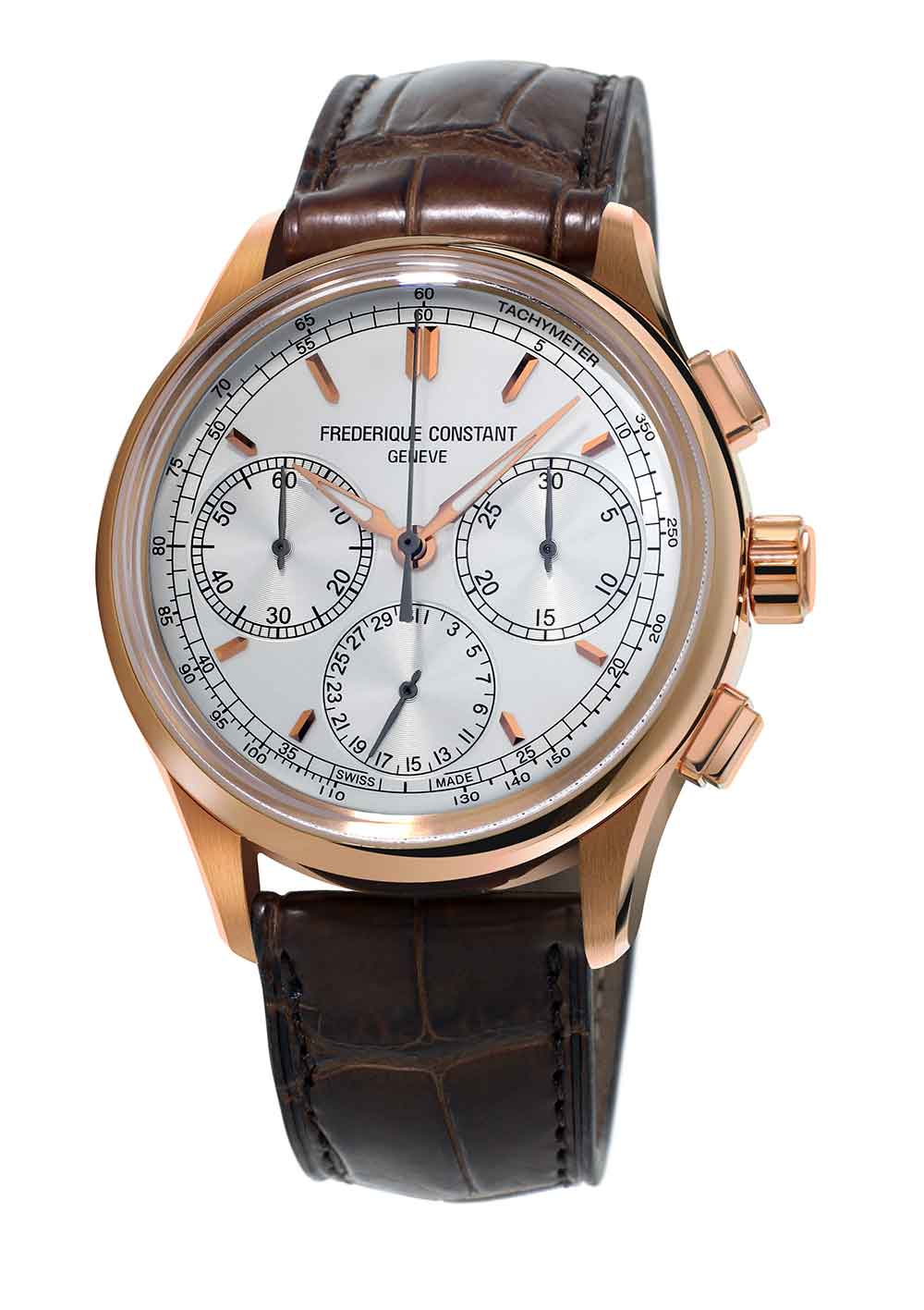 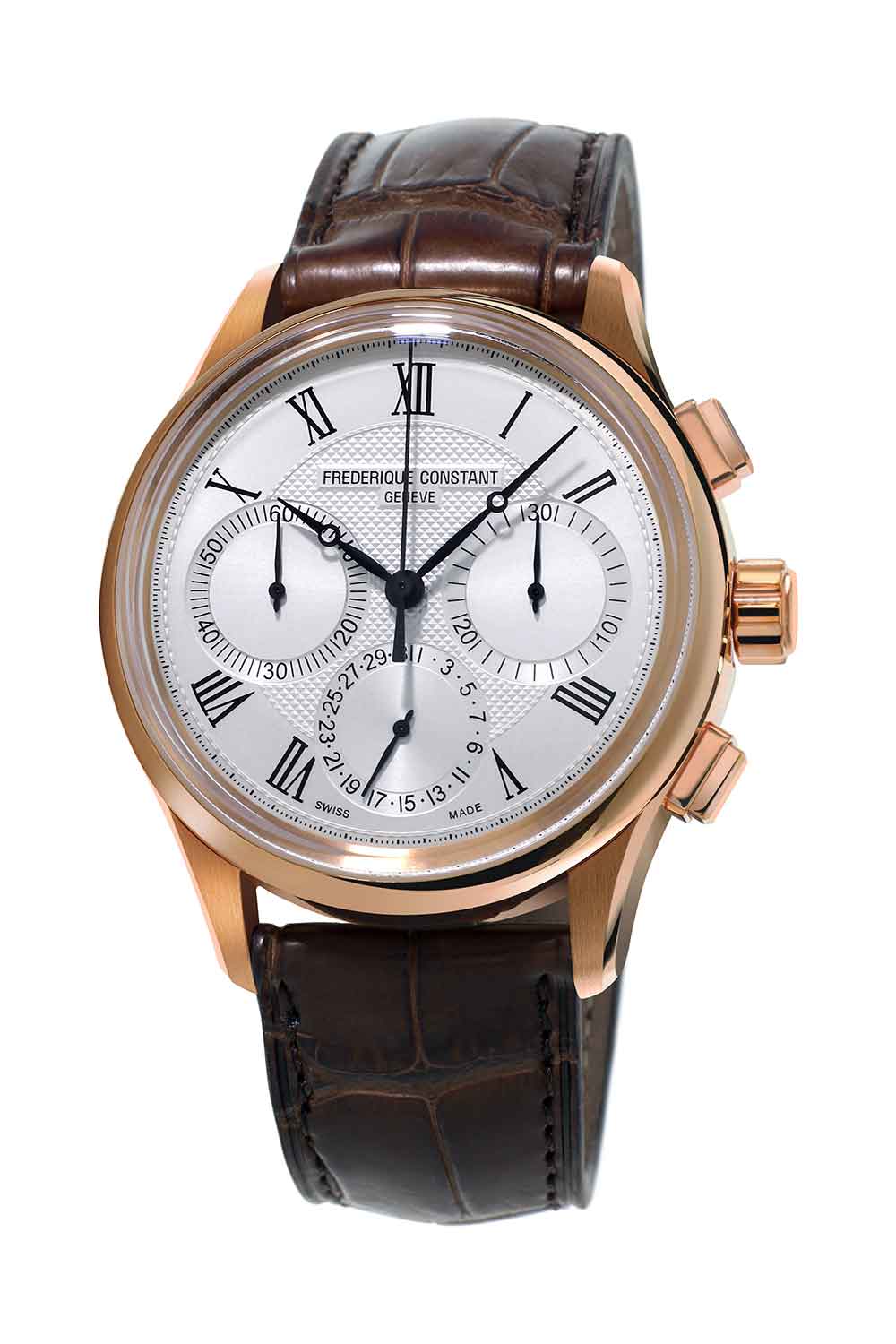 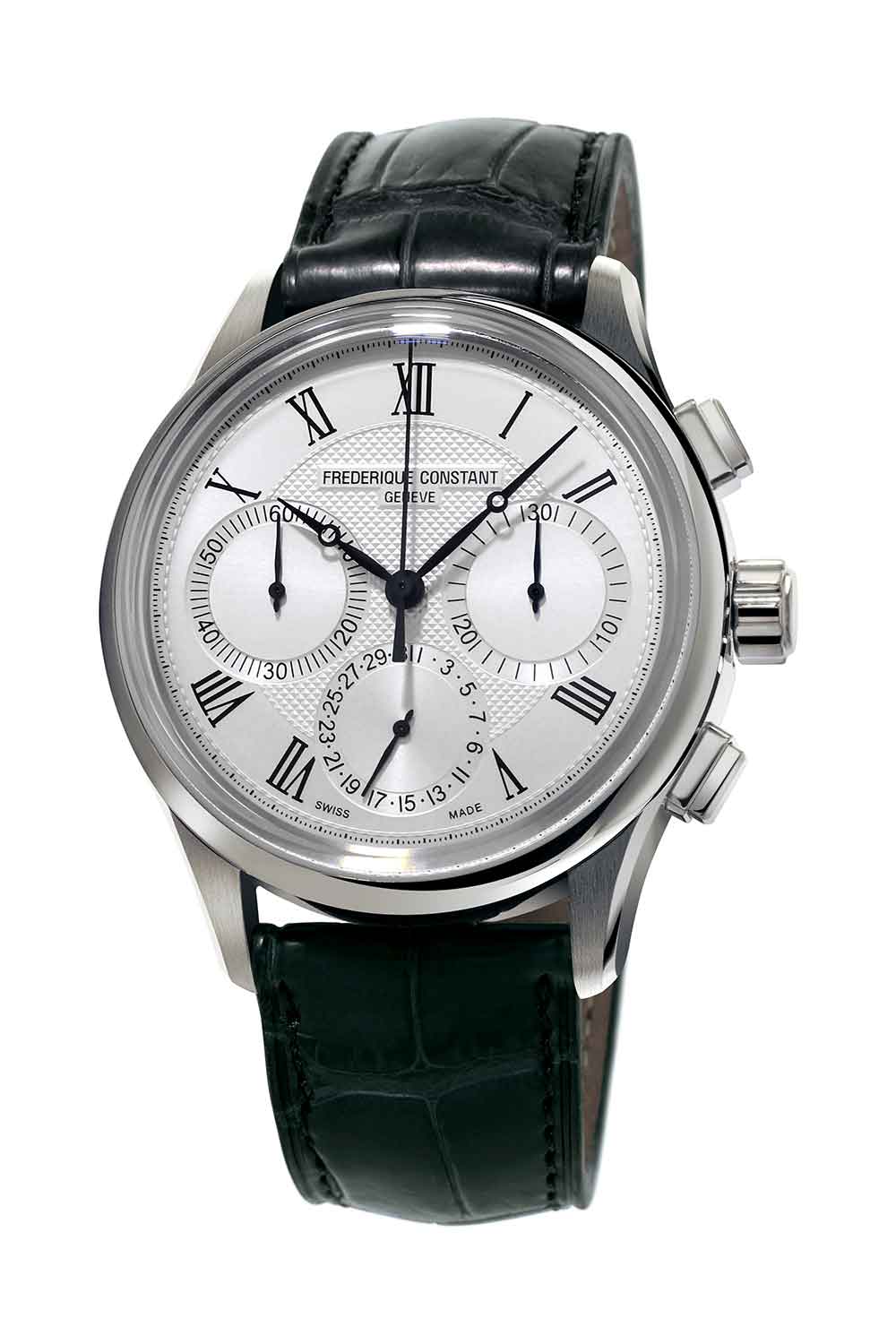