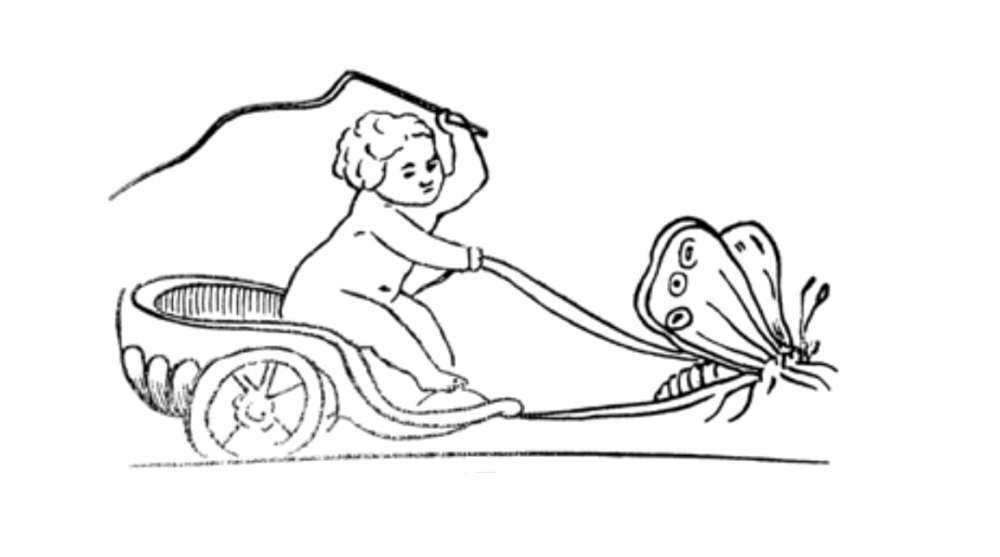 The inspiration for this Jaquet Droz watch came from a sketch made by Henri-Louis Jaquet-Droz (Pierre’s son), for an automaton of a cherub on a chariot drawn by a butterfly. From 1768 to 1774, Pierre and Henri-Louis created some extraordinary automata, such as The Writer (a boy who dips a pen into an inkwell and writes his name), The Female Musician and The Draughtsman. The designers at Jaquet Droz took inspiration from the sketch and transferred the automaton concept to a wristwatch. This piece was presented at Baselworld 2017, just a couple of months after Van Cleef & Arpels showcased their own butterfly automaton.

It’s interesting to compare the two. The designers at Van Cleef & Arpels were determined to show both wings flapping realistically, and so to provide space, they put the butterfly on one side of the dial, moving all of the movement to the space not taken up by the butterfly so that the insect has the whole depth of the case in which to flap its wings. Jaquet Droz have used an optical illusion to produce an impression of flapping. The butterfly is seen from the side, and just the front wing flaps realistically, up and down: the other moves forwards and backwards. During the animation the chariot wheels also move, with both apparently turning, though in fact only the front wheel moves and that on the other side appears to turn through another optical effect. There are two patents pending on the butterfly automation. 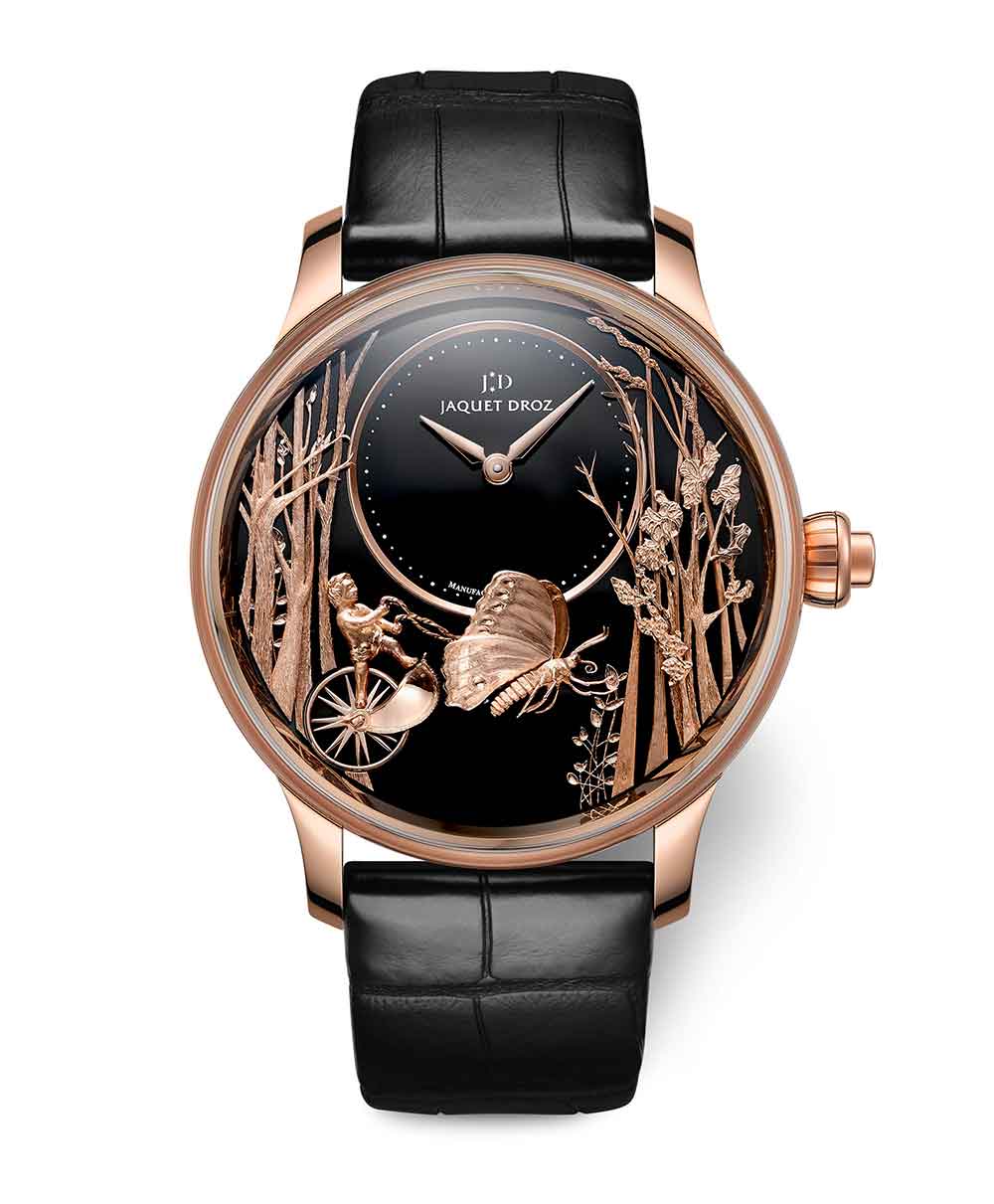 The animation takes place in a woodland scene created by a series of tree trunks. The craftsmanship here is refined, and Jaquet Droz in fact applied for a patent for the method in which the trees are attached to the dial, in the same way as watch hands. They are just 0.2 mm thick. The butterfly’s body is depicted with realism, right down to the fragile legs and antennae. 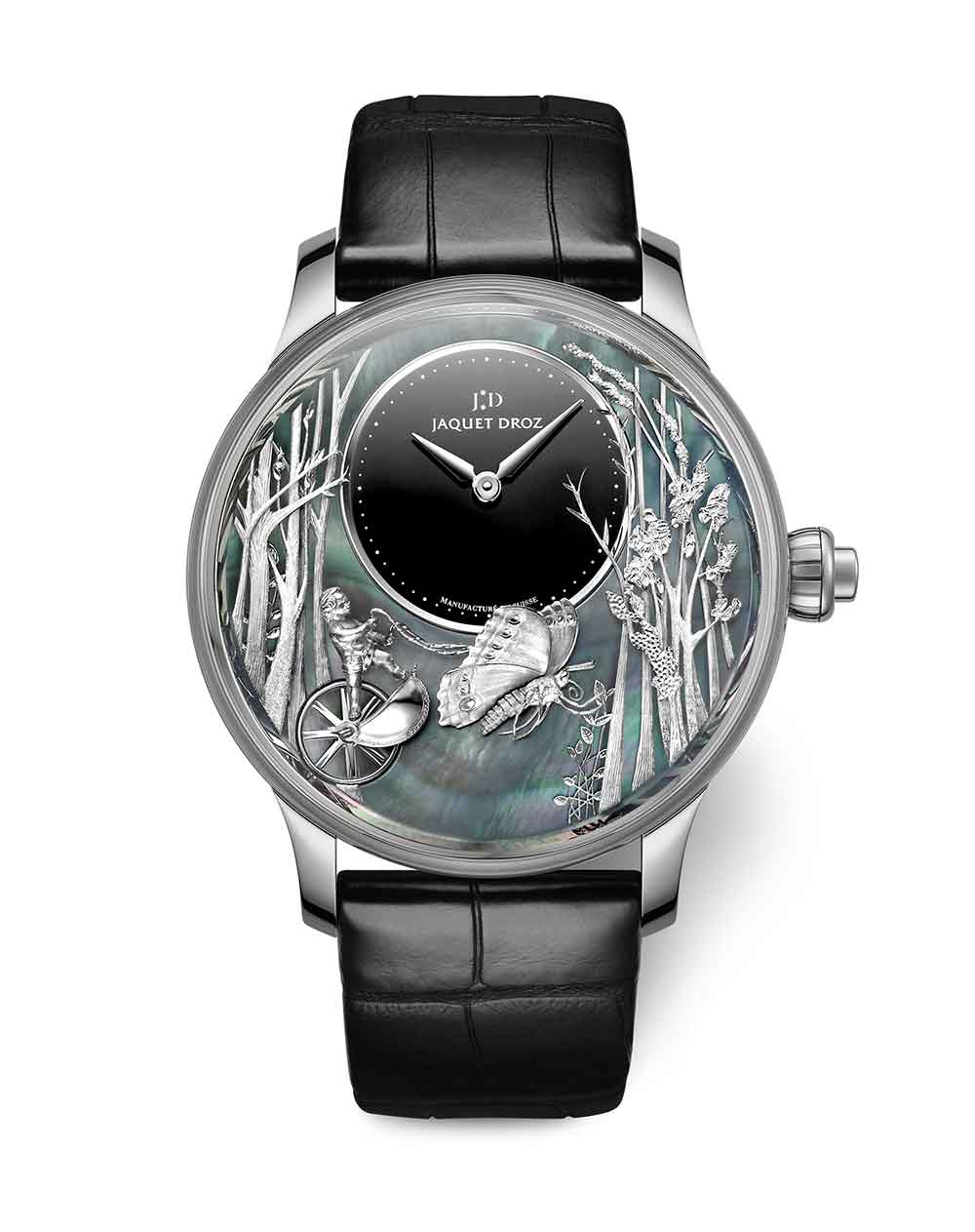 The Jaquet Droz movement has the state-of-the-art technology provided by the Swatch Group, with silicon balance spring and pallet. The animation is initiated by pressing the pusher in the crown. The butterfly flaps its wings at 2.5 flaps/second, for a period of about 2 minutes, or until the pusher is pressed again. Behind the dial, the case contains two movements, one for the time display and one for the automation, with three mainspring barrels, two for the time function, self-wound by the oscillating weight visible through the caseback, with a power reserve of 68 hours. The oscillating weight recalls the design of the chariot wheels. The butterfly automation is hand-wound using the crown. 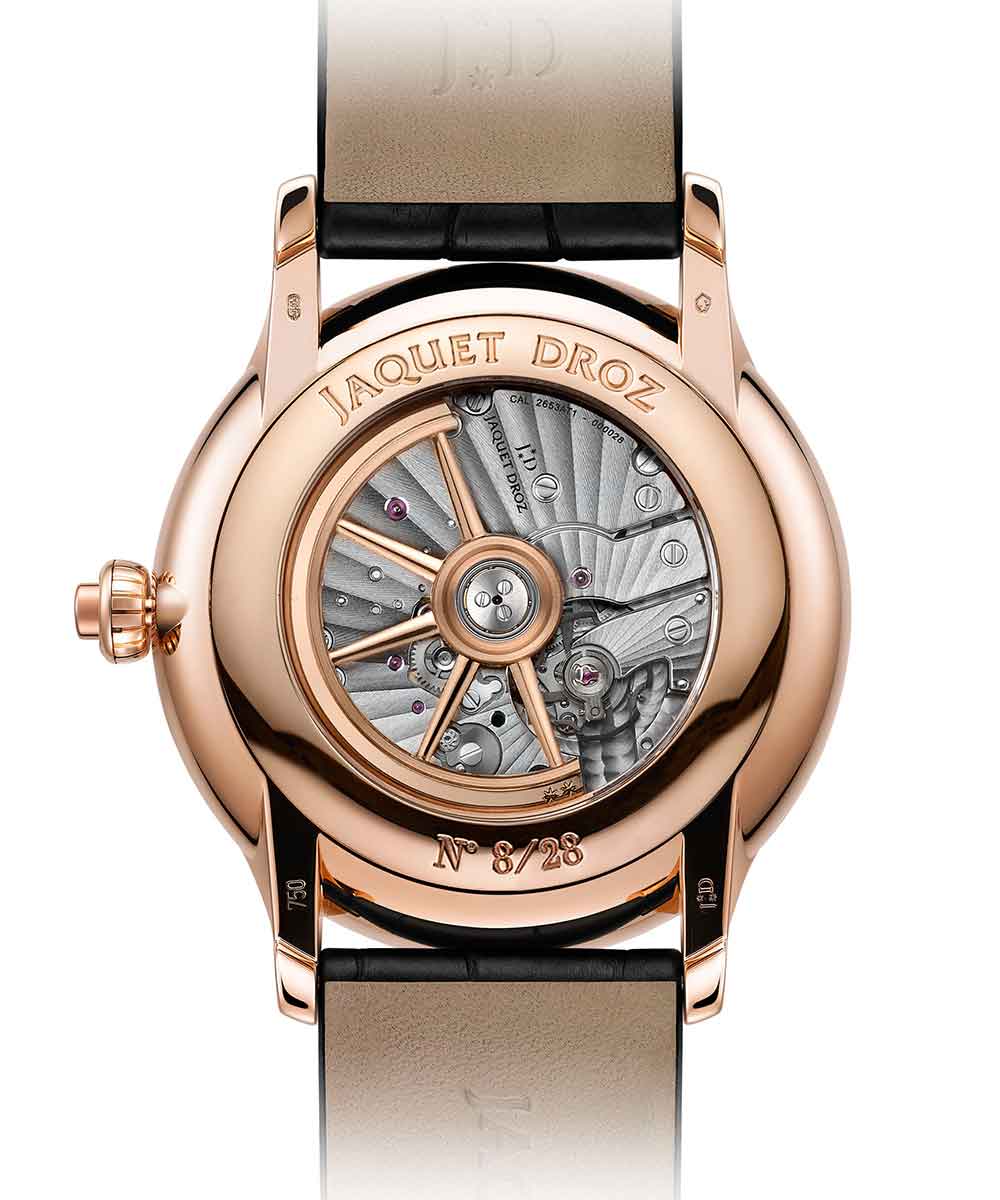 The watch is 43 mm in diameter, made in two versions, each a limited edition of 28 pieces. In one, reference J032533270, the dial is in black onyx, and the case, butterfly scene and oscillating weight are in red gold. In the other, reference J032534270, the scene is in white gold which contrasts with the dial for hours and minutes in black mother-of-pearl. The watch costs 120,000 Swiss francs plus tax. See the Jaquet Droz website for further information.