The Heritage Banana by Tissot celebrates an anniversary, a rather unusual one for watchmaking: the Russian Revolution. A Russian customer bought a gold Tissot watch in 1916, and sent it back to Tissot in 1917 for maintenance and safekeeping during the October Revolution. Tissot were not able to return it due to import restrictions on gold watches. So today the company still has this banana-shaped watch in its archives. It inspired a new version which reflects both that century-old original and today’s new marketplace. 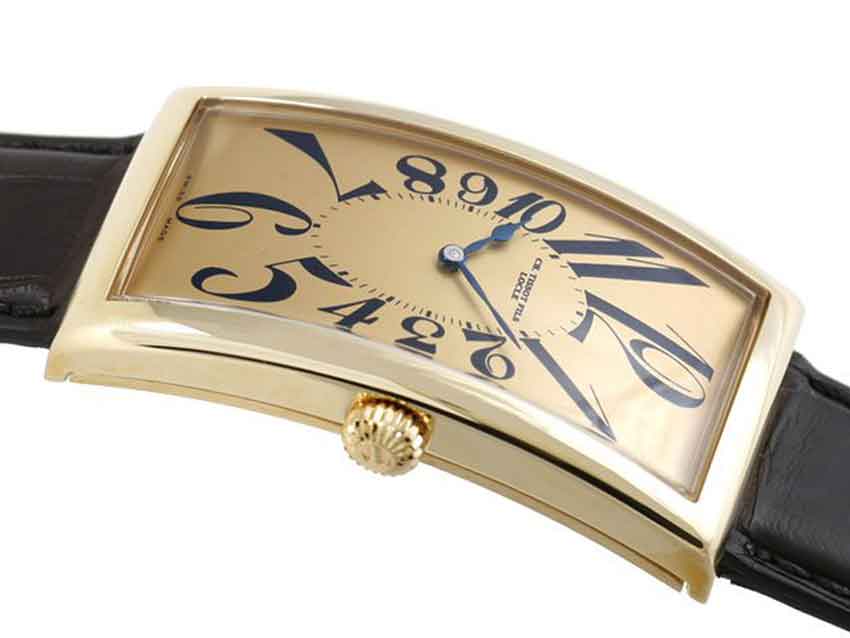 The 1916 Tissot Banana that inspired the new Tissot Heritage Banana

The original had the daring curve in the case, and inside there was a mechanical movment, probably small and compact to fit into the irregular shape. It was attractive, and looks modern even today, with those bold numerals, six giant, six small, around an oval minutes ring. 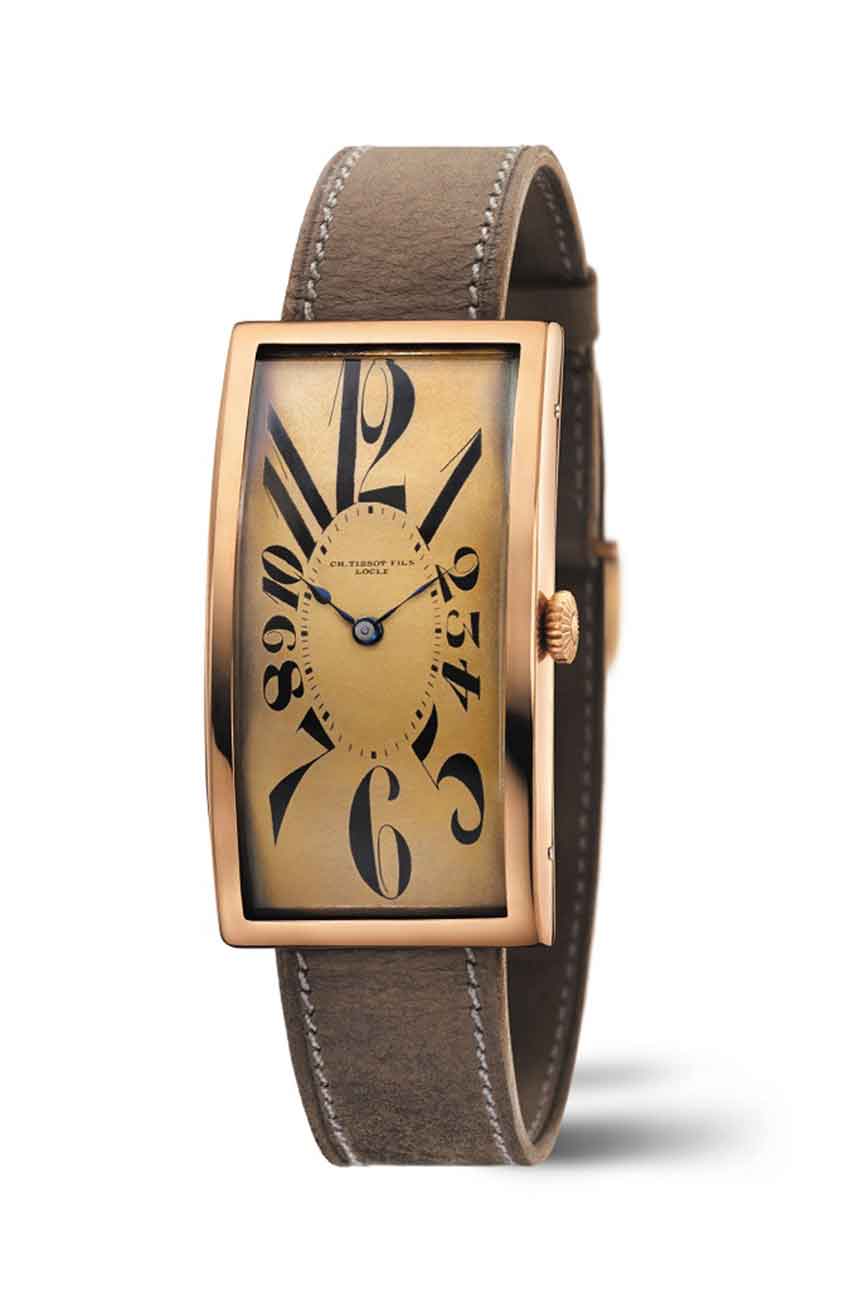 Today, the Tissot Heritage Banana has a steel case in the same unusual curvaceous format, with versions in polished steel, or in steel with a yellow or pink gold PVD coating, containing a quartz movement. The hands and the Tissot Heritage logo are true to the original. The strap is alligator or leather, with butterfly clasp. Water resistance is 30 metres. 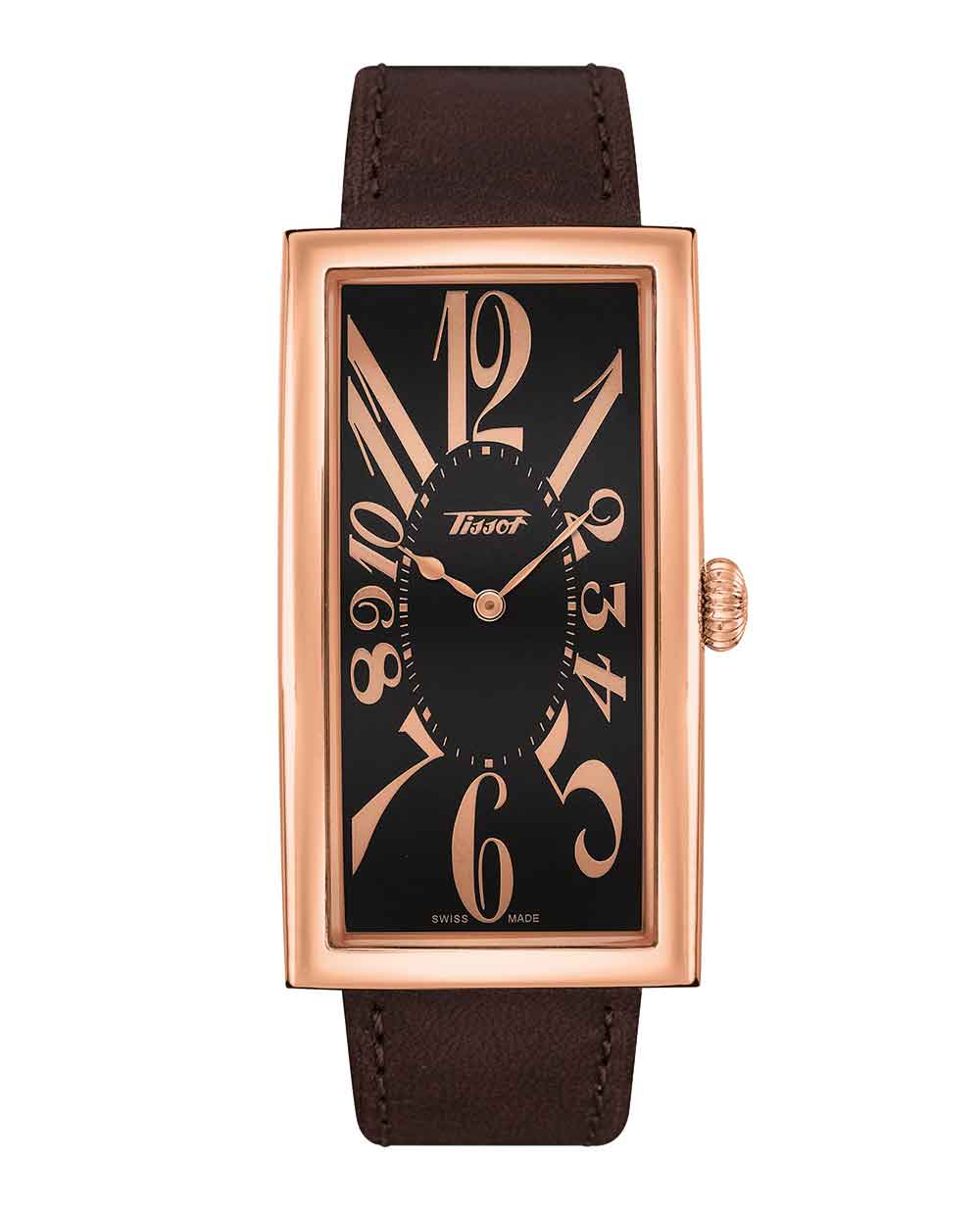 Tissot is one of the few companies with sales exceeding a billion Swiss francs (along with Rolex, Omega, Cartier and Longines), and it achieves this by its dominance in sports and leisure quartz watches. So the quartz versions of the Heritage Banana are squarely in this bracket, with prices of 495 Swiss francs for the gold PVD versions, and 395 Swiss francs for the steel version. But there will also be a full gold version with a hand-wound mechanical movement, due to appear in September 2017 at the price of 6,800 Swiss francs.

Looking at the images that show the 1916 watch and its contemporary version, I can’t help thinking that the original was more attractive. The numerals are a touch more refined, with very slender thin bits. In the new version, Tissot have chosen to reinforce those parts of the numerals, and as a result, to my eyes the overall effect doesn’t have quite the same grace. Just my personal opinion of course. Further information from the Tissot website.