MB&F do a lot of things differently. With their Final Edition of Legacy Machine N°1, they are introducing another innovation: concluding a series with a special model that will be the last. 435 LM1 pieces have been built since its launch in 2011, making it MB&F’s second-most successful model after Horological Machine N°3. “Only by ending production of existing pieces,” they say, “are Maximilian Büsser and his team able to go on to future challenges while keeping the creative spark and momentum that comes with a compact organisation.” 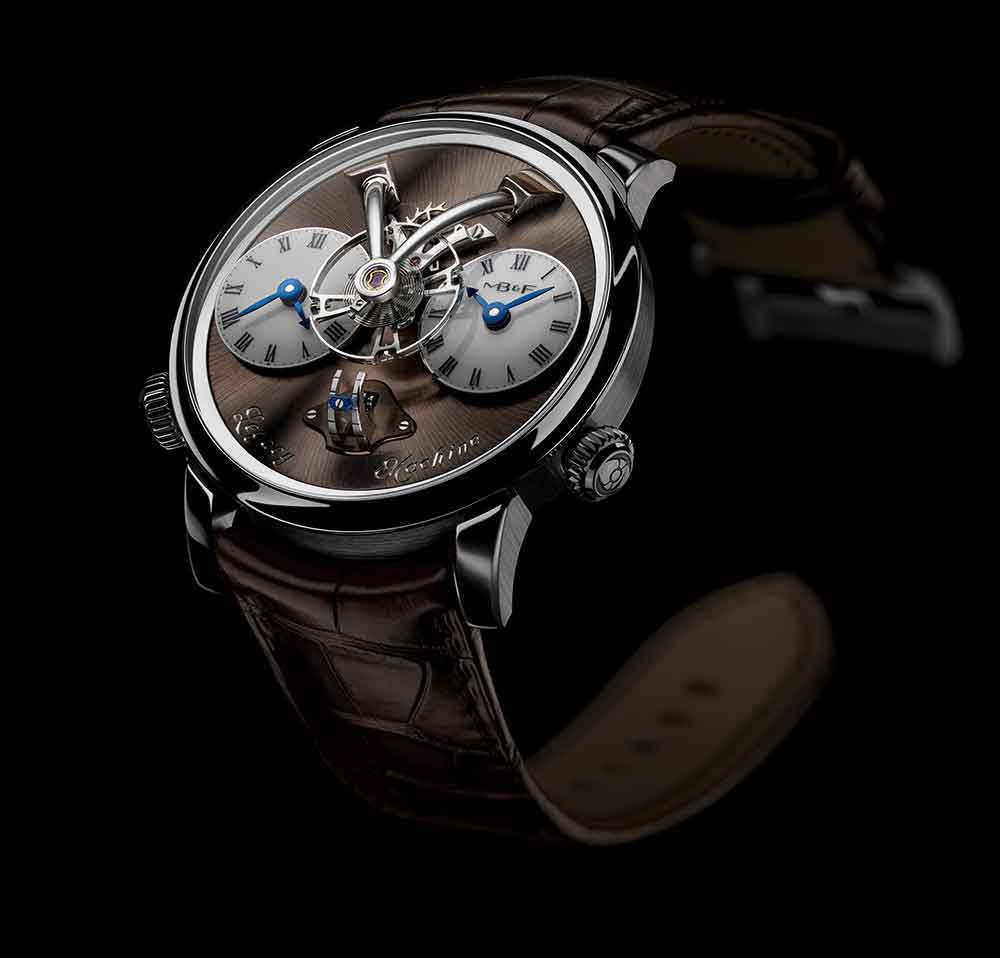 The LM1 Final Edition has all the features of the previous LM1 versions. The balance wheel is supremely theatrical, 14 mm in diameter, suspended from an arched bridge and running at a serene 2.5 Hertz, 18,000 vibrations per hour. The two time displays are powered by a single movement but with independent time-setting using the two crowns. The vertical power reserve indicator is a brilliant design feature. The movement is by Chronode with consultancy from Jean-François Mojon. The balance bridge, which has a new layout in this piece, was designed by Kari Voutilainen who also supervises finish. The watch is in steel, and MB&F hint that this may be a feature of future final editions, the use of steel instead of gold or platinum. 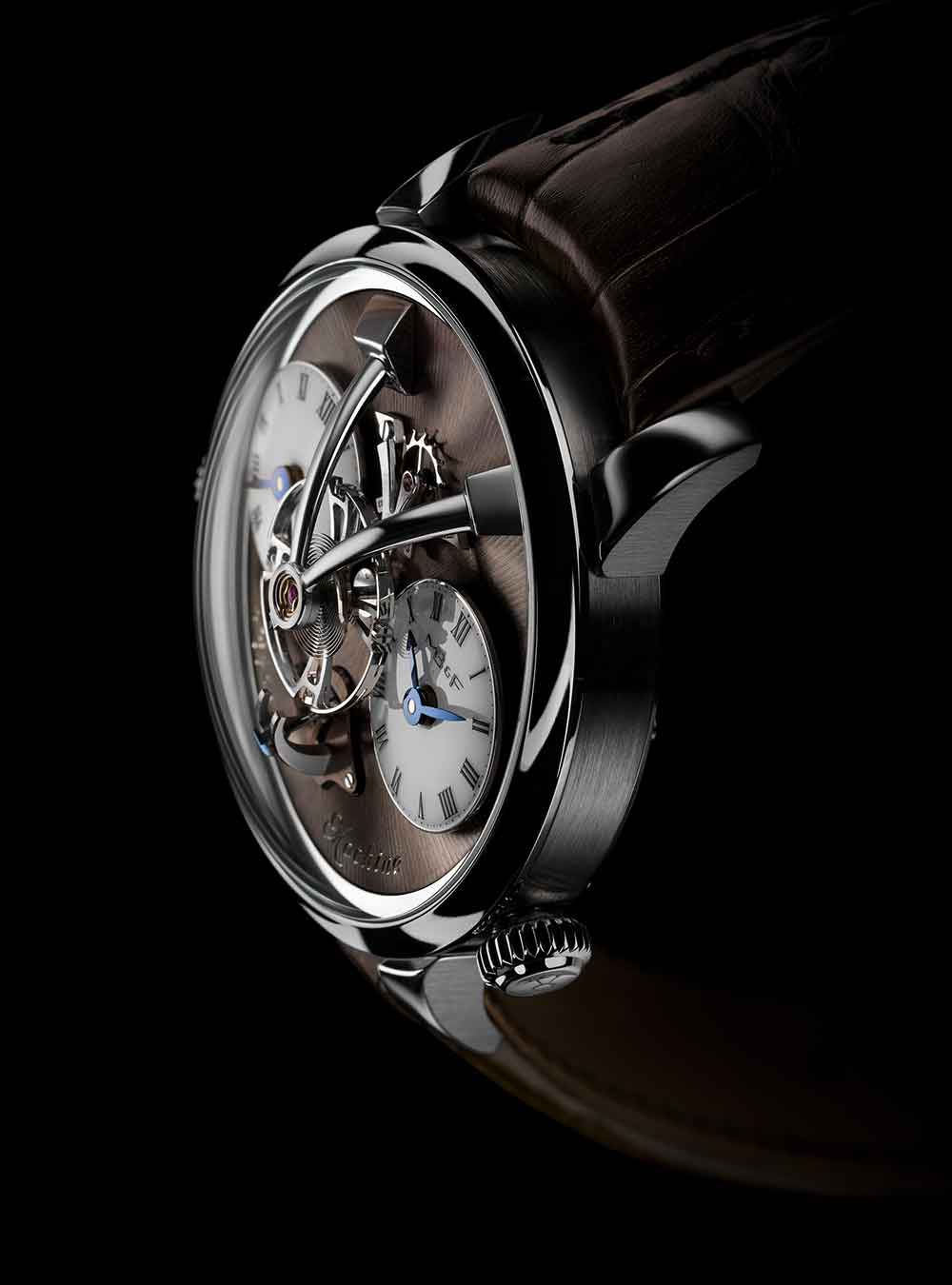 The watch has a dark chocolate-colour face (the brand defines it as 85-percent dark chocolate) with white lacquer dials. It is manually-wound with a single mainspring barrel providing 45 hours power reserve. Movement finish, as seen through the display caseback, is classically 19th-century, a contrast to the modernity of the dial. The watch is 44 mm in diameter and 16 mm thick, with an alligator strap. 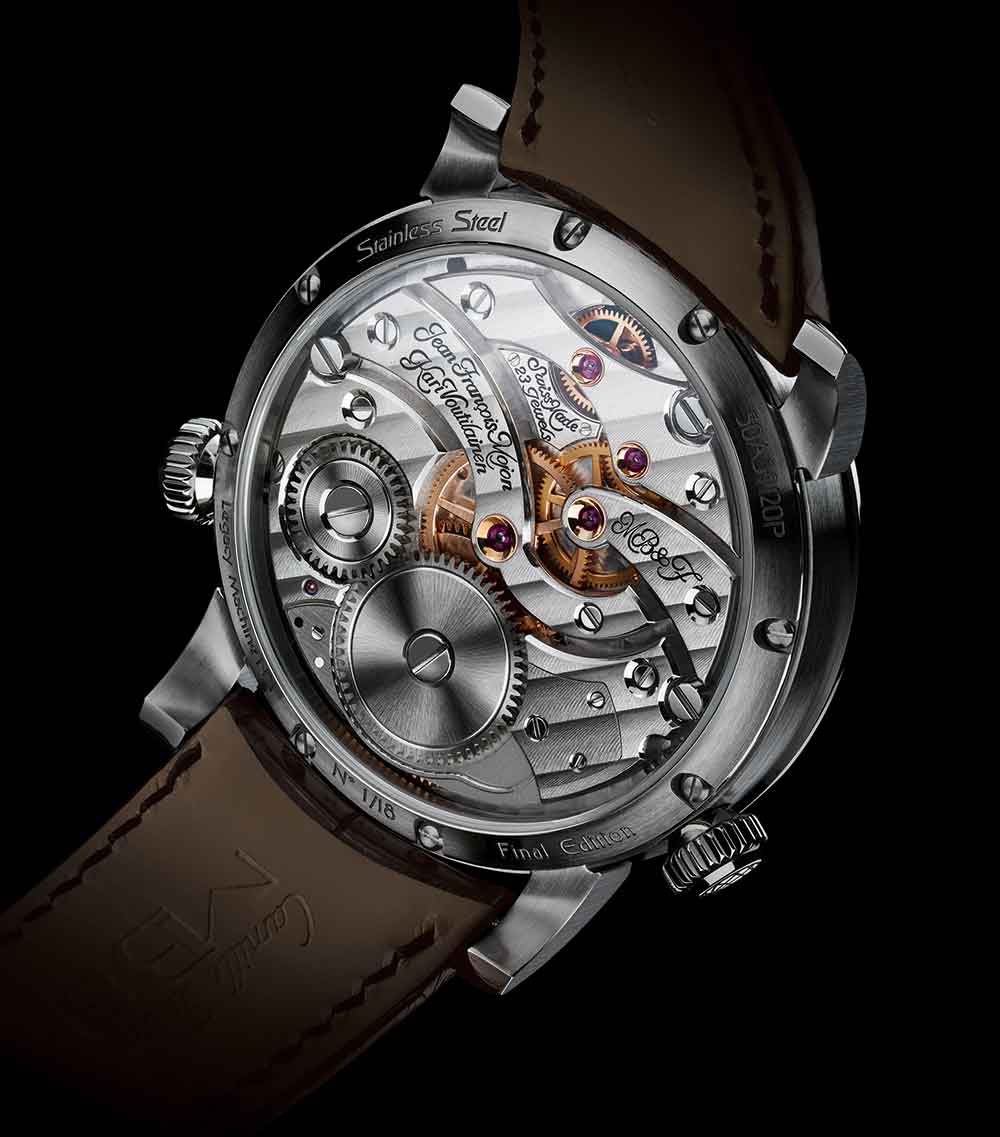 The edition is limited to 18 pieces. A beautiful example of nouvelle horlogerie in a classical format, one that I think many people would dream to have on their wrist. For most it will remain a dream, because of the price tag of CHF/USD 79,000 + VAT. One day, someone will make something like it at a more accessible figure. More info from the MB&F website. 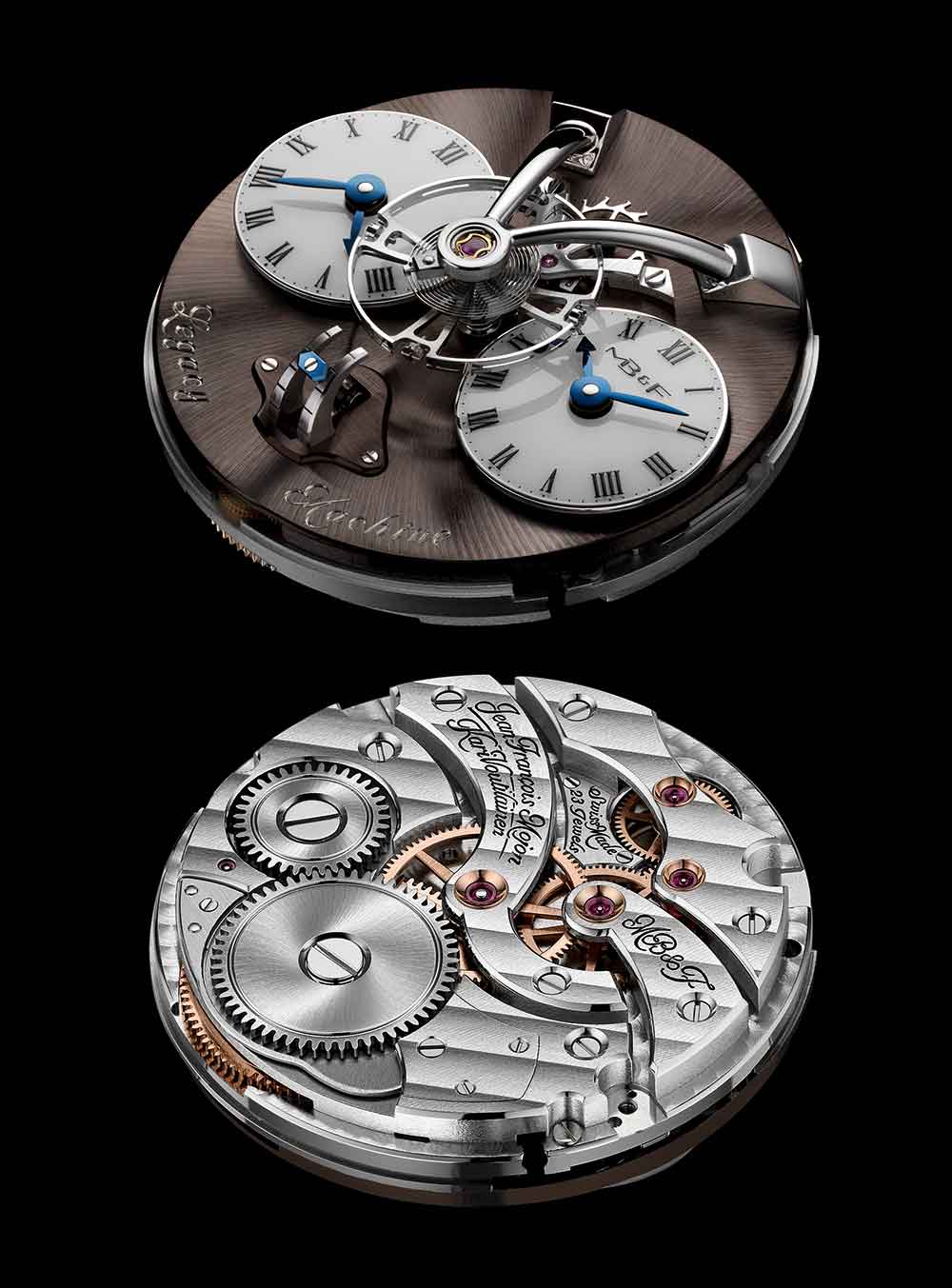