Hamilton’s Intra-Matic 68 Auto Chrono is closely based on their 1968 Chronograph B, as you can see from the two images below. The main difference is size. The 1968 Chronograph B was 36 mm in diameter, normal for men’s watches at that time, while the new Intra-Matic 68 is 42 mm in diameter, reflecting today’s preference for larger watches. The new watch has a black-on-white tachymeter scale, SuperLuminova on the hour and minute hands and the hour indices, a date window at 6 o’clock, and subdials that are slightly larger. Attractive pricing at €1,995. 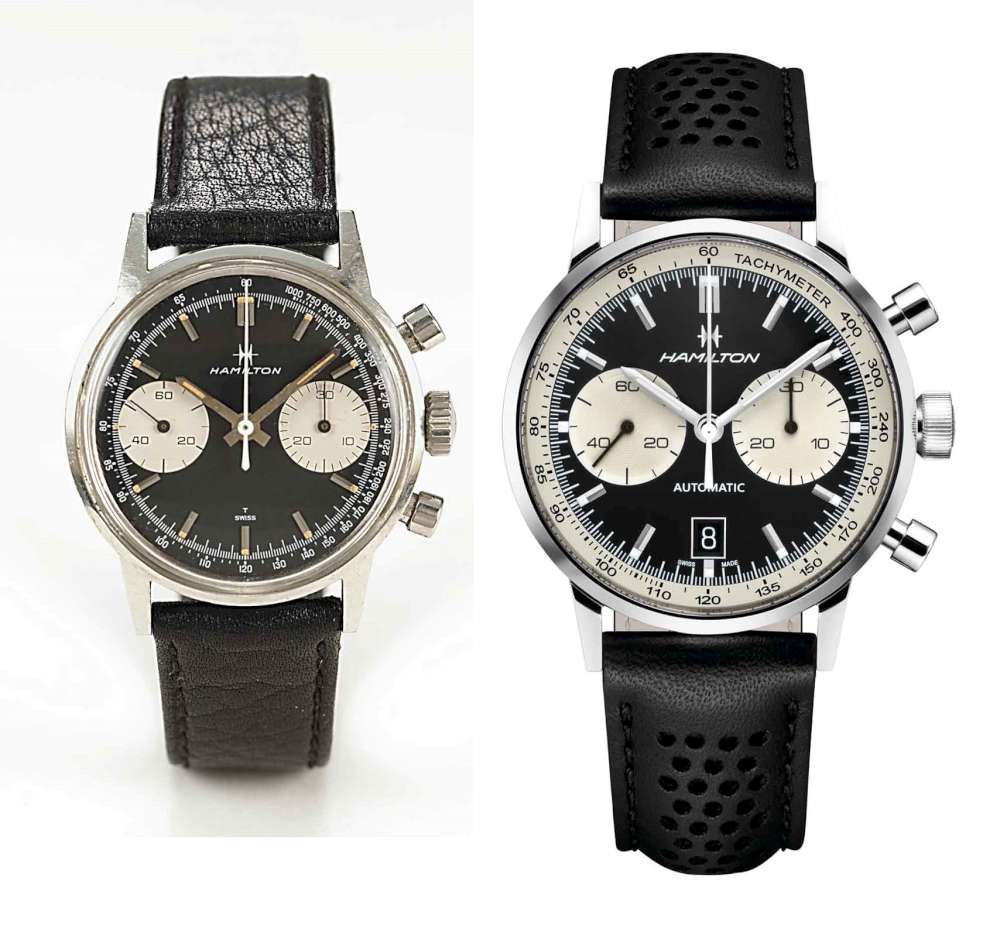 The 1968 watch was made in two versions, Chronograph A with black subdials on a white dial, and Chronograph B with two white subdials on a black background. The latter, so-called reverse panda, is winning more attention today, with other watches featuring the same sort of layout such as the Breitling Navitimer Rattrapante, the Steinhart Ocean One Vintage Chronograph, the Baume & Mercier Capeland Shelby Cobra 1963, the Bremont Boeing 100 and others. 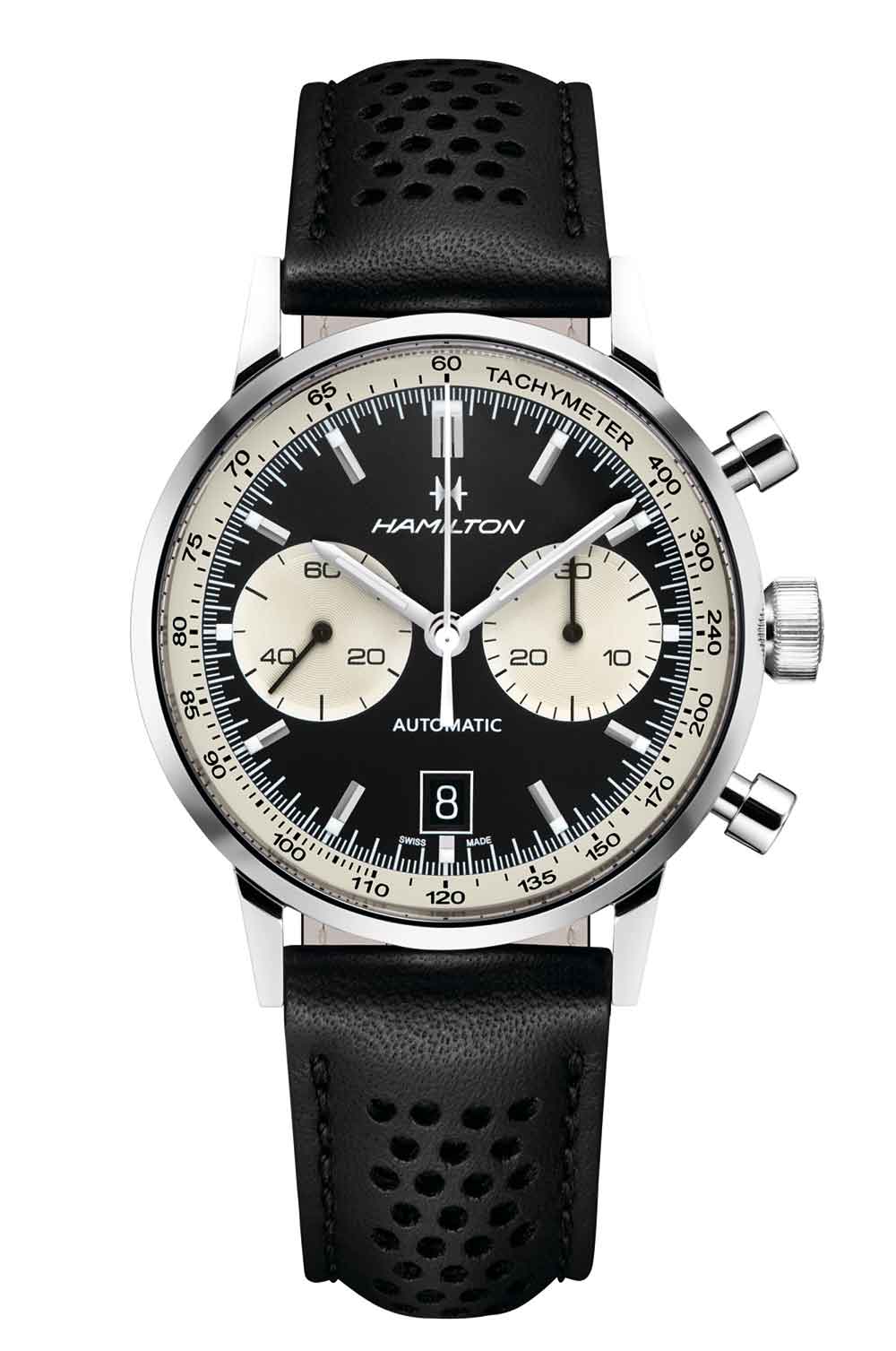 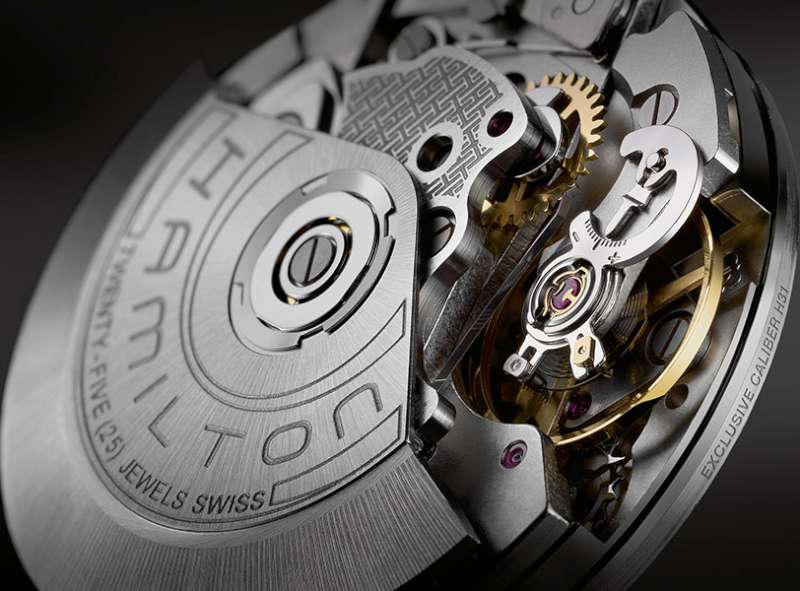 The movement is of course different. The 1968 Chronograph B had a hand-wound movement, though this was later supplanted by a version with one of the first automatic chronograph movements. The new Intra-Matic 68 has the H-31 self-winding movement, made by ETA and based on the classic Valjoux 7753 calibre that has been updated and redesigned, with a new mainspring that provides a power reserve of 60 hours. It runs at 28,800 vibrations per hour, 4 Hertz. The watch has a solid caseback, like the original 1968 version. The H-31 has a rapid date change accessed using a recessed pusher at 10 o’clock, so presumably this piece has this feature. 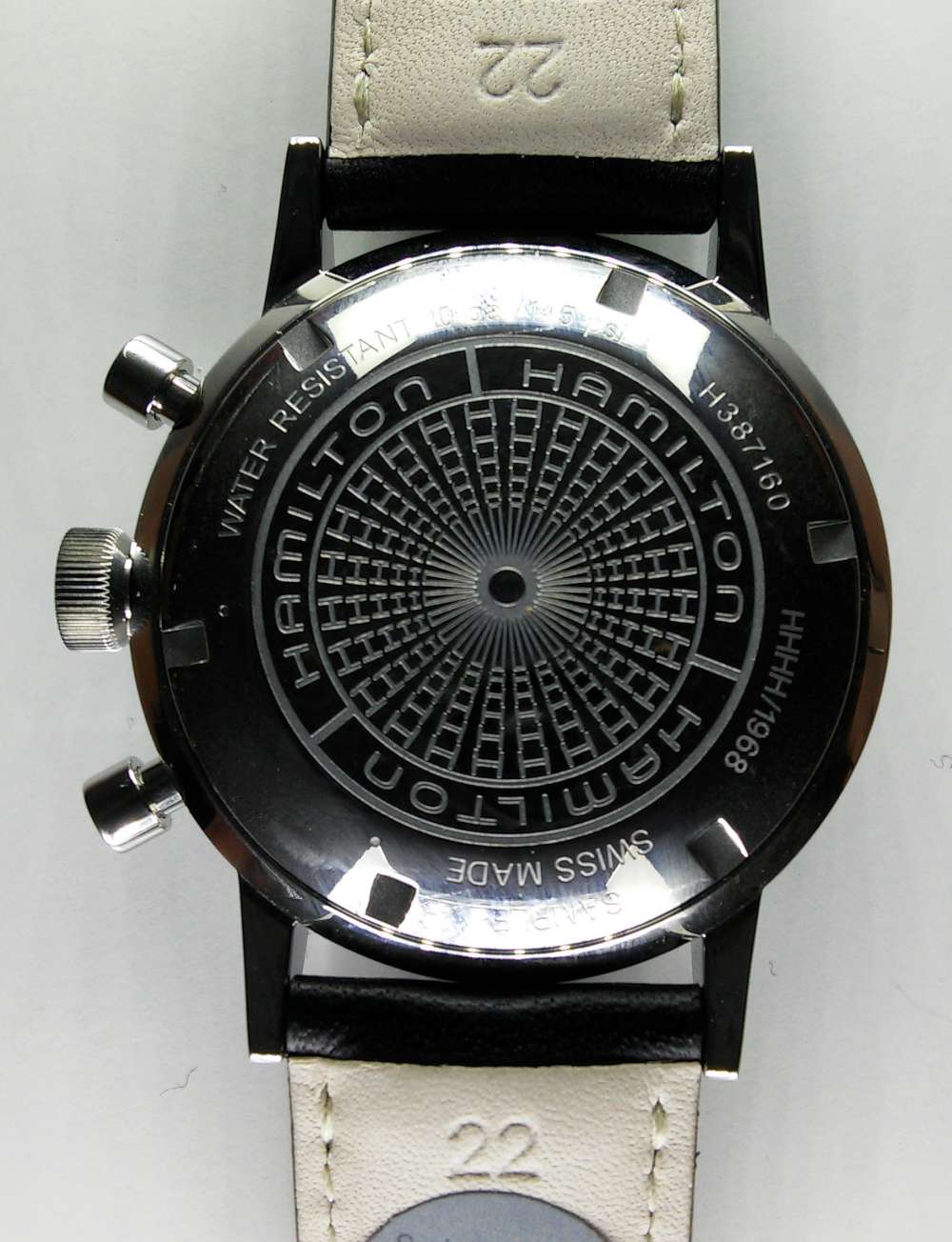 There are some other nice touches, such as the slightly domed dial and the curved hands. The black leather strap has perforations for an automotive feel, and a steel pin buckle. The crown is screw-down, and the stainless steel case has an excellent 10 bar (100 metre) water resistance which gives you peace of mind when you’re out in the rain or on a yacht. Hamilton say that the watch comes with a special luxury packaging. 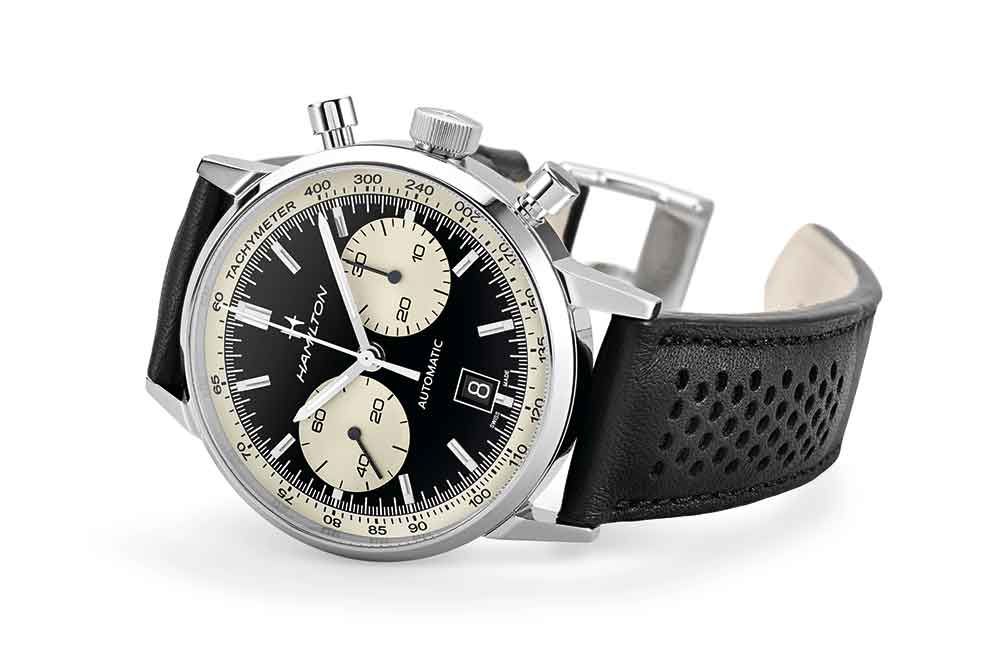 Overall this piece has an attractive vintage style that is practical and eye-catching still today. The Hamilton Intra-Matic 68 Auto Chrono is a limited edition of 1,968 pieces, reference H600.387.104, price €1,995, $2,195, 2,150 Swiss francs. More information from the Hamilton website.