The new version of the Parmigiani Fleurier Tonda Métrographe has a lot that is the same as the previous model. Same graceful case, same lugs, same pushers, same movement. The differences are all on the dial. The tachymeter scale suggests a move towards automotive sport that is very much a feature of the new watches presented in 2017, though this piece still has the standard water resistance of 3 atm/30 metres, and so it’s not really a sports watch. 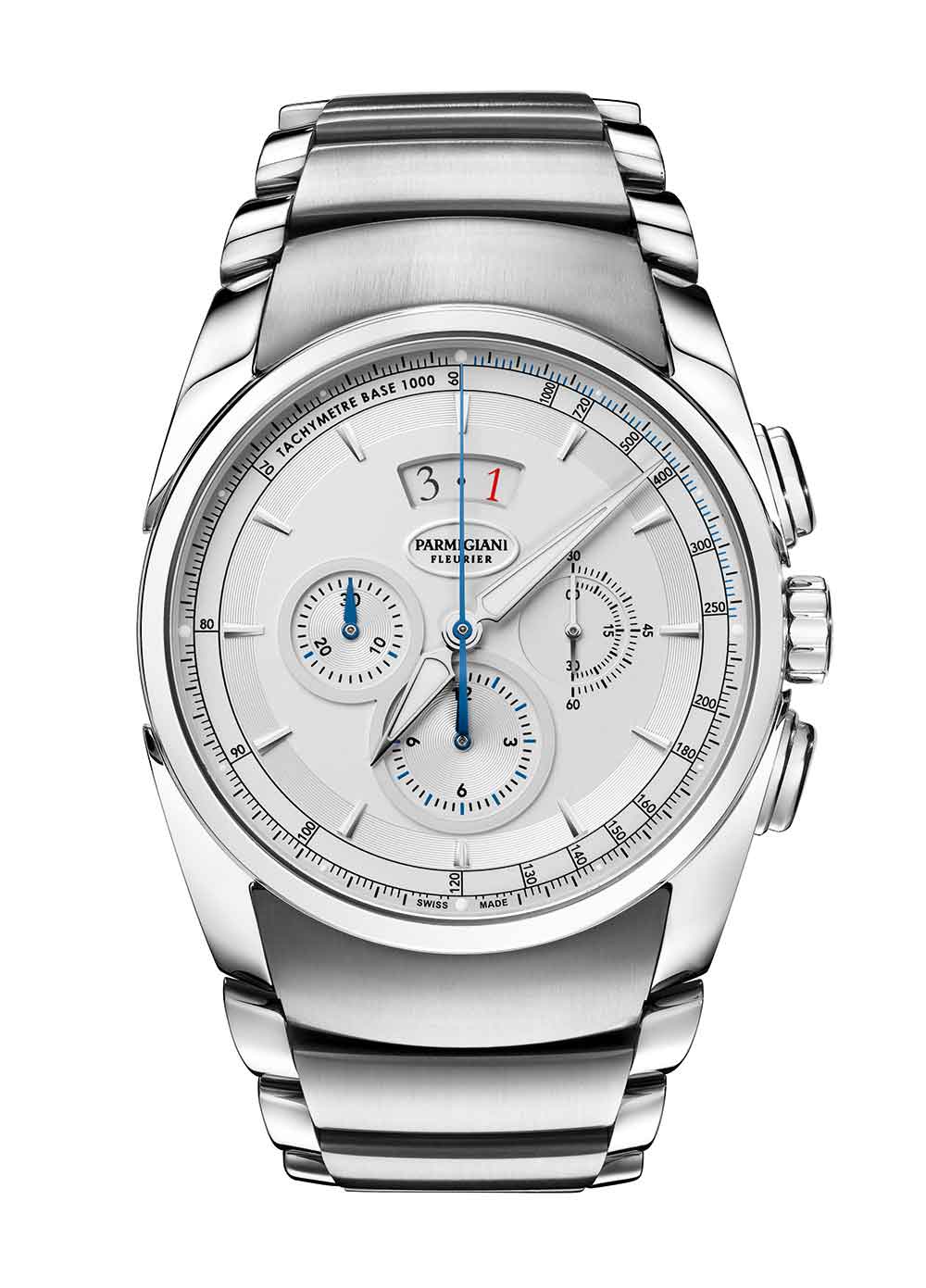 The previous version of the Tonda Métrographe was unusual in that the two chronograph subdials were united to form a figure-of-eight (to which many watch brands dedicate particular attention, because of the popularity of this number in China), with the effect reinforced by a surround in SuperLuminova. But this caused an overlap on the subdials. In addition, the date window was on the chronograph hours subdial, a very strange solution. These two design features made the 12-hour subdial incomplete, so that it was impossible to take readings for events lasting from 4 to 8 hours and from about 9 to 12 hours. How often are you going to time such lengthy events, you may ask? And this was presumably the Parmigiani designers’ logic. But I personally think that a chronograph is an instrument for measuring elapsed time, and so should be designed to make this possible.

Improvements in the chronograph seconds scale

The previous version of the watch had another inconsistency, on the quarter-second chapter ring at the edge of the dial. You couldn’t take accurate readings for seconds in the four seconds around the 30-seconds point because the scale was interrupted by the words “Swiss Made.” The scale was also broken by the larger SuperLuminova dots at 3, 6 and 9 o’clock. The 2017 Tonda Métrograph shows that the designers have thought about these practical issues and have perhaps reacted to customer feedback. The figure-of-eight motif is still there, to keep their Chinese agents happy, but the scales of the 30-minute and 12-hour chronograph subdials are complete and clearly legible. The fractional seconds scale is still interrupted by Swiss Made, but there are some very small markers in place that would allow you to take readings, with difficulty, in that part of the dial. 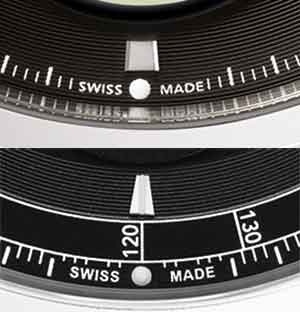 The watch has been made more technical by these changes, and by the addition of the tachymeter scale. It’s still a compromise dial, with an incomplete chronograph seconds scale, and you can’t help wondering what goes on in the meetings that lead to a new model such as this. Does anyone say “It’s a chronograph, why the heck can’t we have a complete scale? Couldn’t we put Swiss Made and the SuperLuminova dots somewhere else?” Of course, some brands go much further in creating unreadable chronographs, with the champion probably being Richard Mille whose incredibly sophisticated movements drive hands that are miles away from the scale because the watch has to be in the hallmark tonneau-shape case.

I suspect that some watch designers subscribe to post-modern philosophical ideas based on the “weak thought” theorized by Gianni Vattimo, based in turn on Nietzsche’s nihilism. Post-modern thought, says Vattimo, is based on an absence of metaphysical foundations, replaced by multiple points of view reflecting the multi-ethnic nature of contemporary society. “There are no facts, only interpretations,” says Nietzsche. In architecture, weak thought becomes playful buildings that combine bits of various styles in an attempt to move away from the austerity and discipline of modern architecture. On watch dials, it becomes things like illegible chronographs. 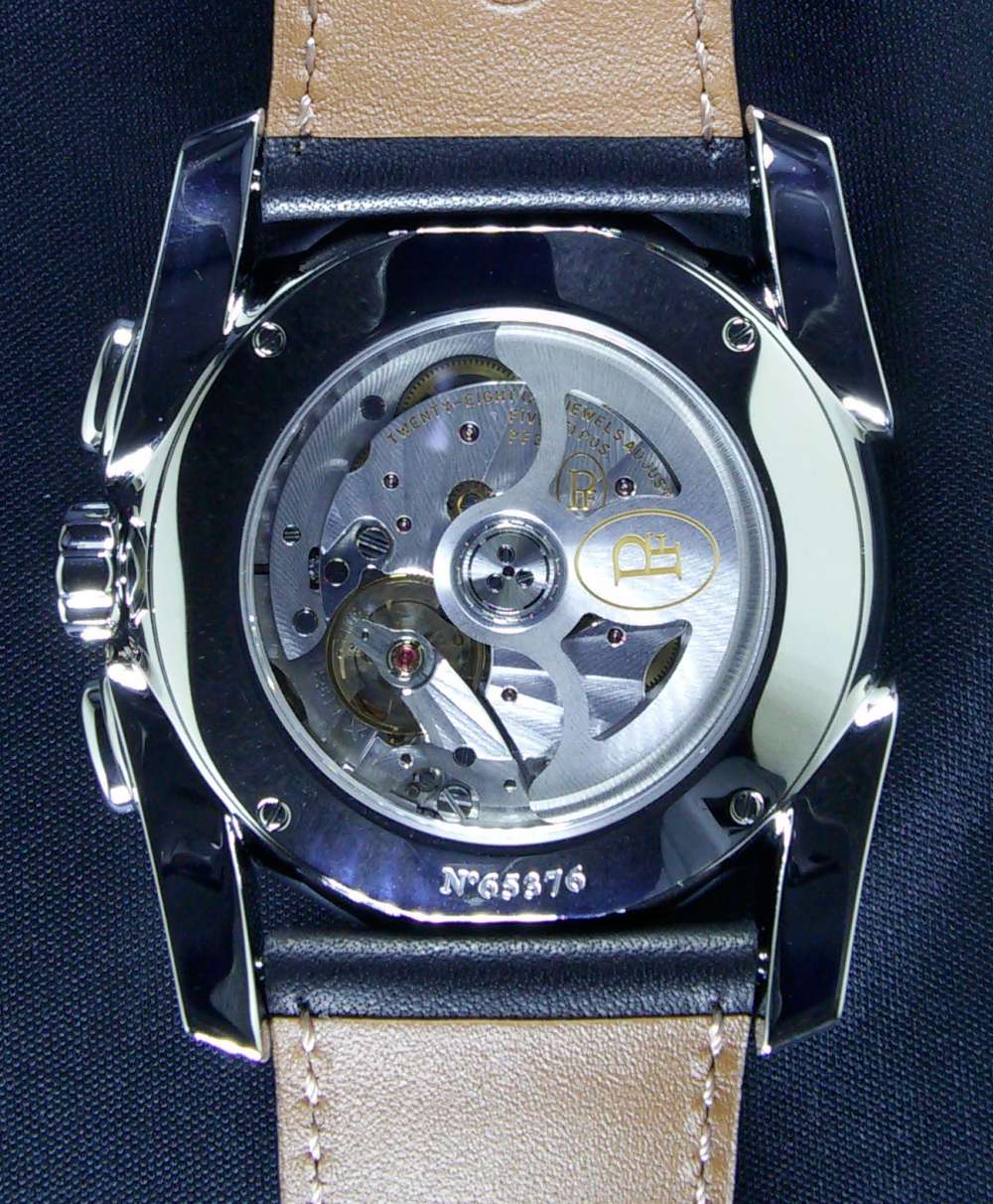 A final note on the dial of the new Tonda Métrographe. To help free up the chronograph subdials, the date window has been moved up to 12 o’clock. But as the movement is the same PF315 calibre as previously, the numbers are arranged backwards, so to speak. Perhaps I’m alone in finding this a bit strange. The PF315 is based on the self-winding Parmigiani Fleurier PF331, with a Dubois-Depraz chronograph module. 42 hours power reserve, 351 components, 46 jewels. 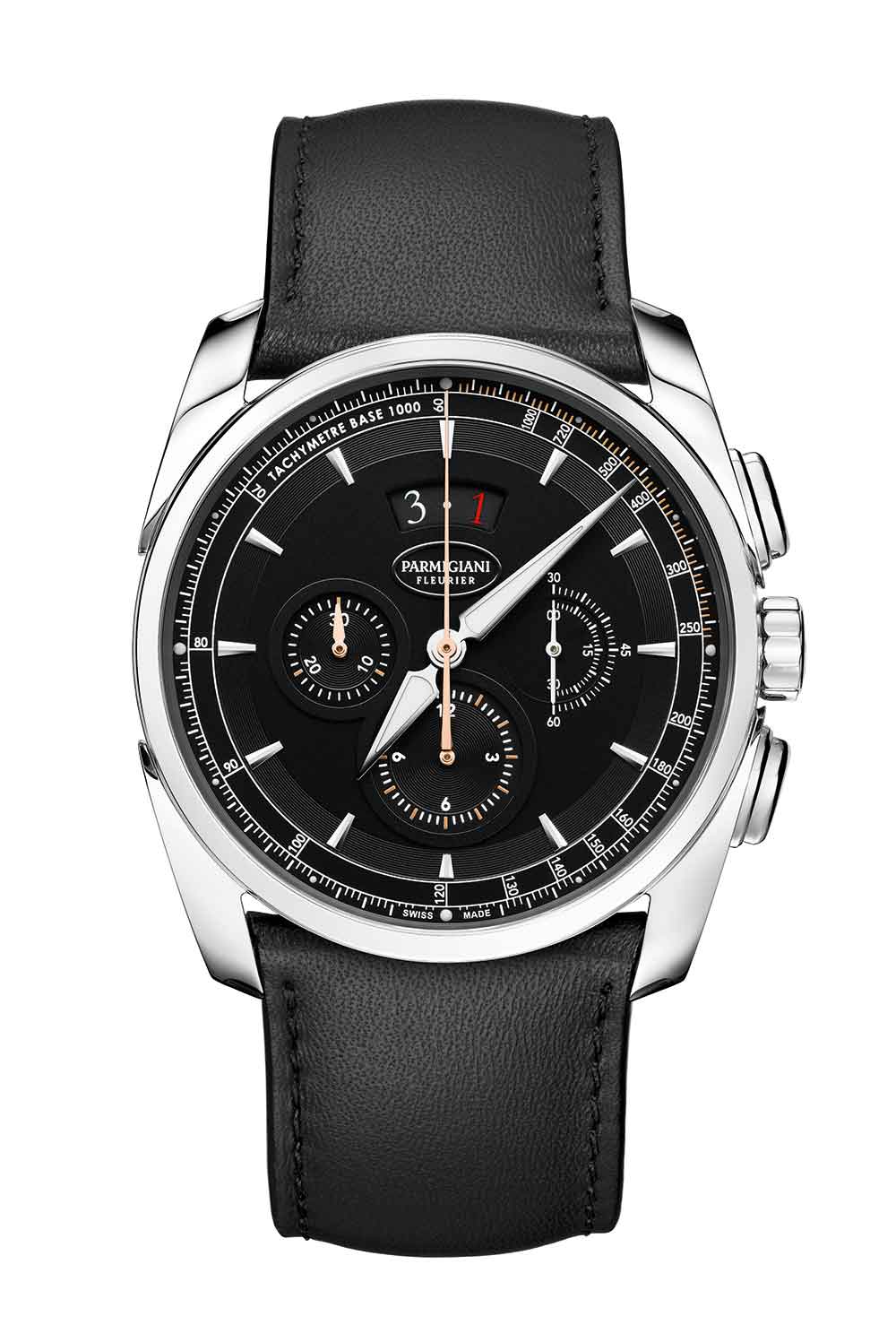 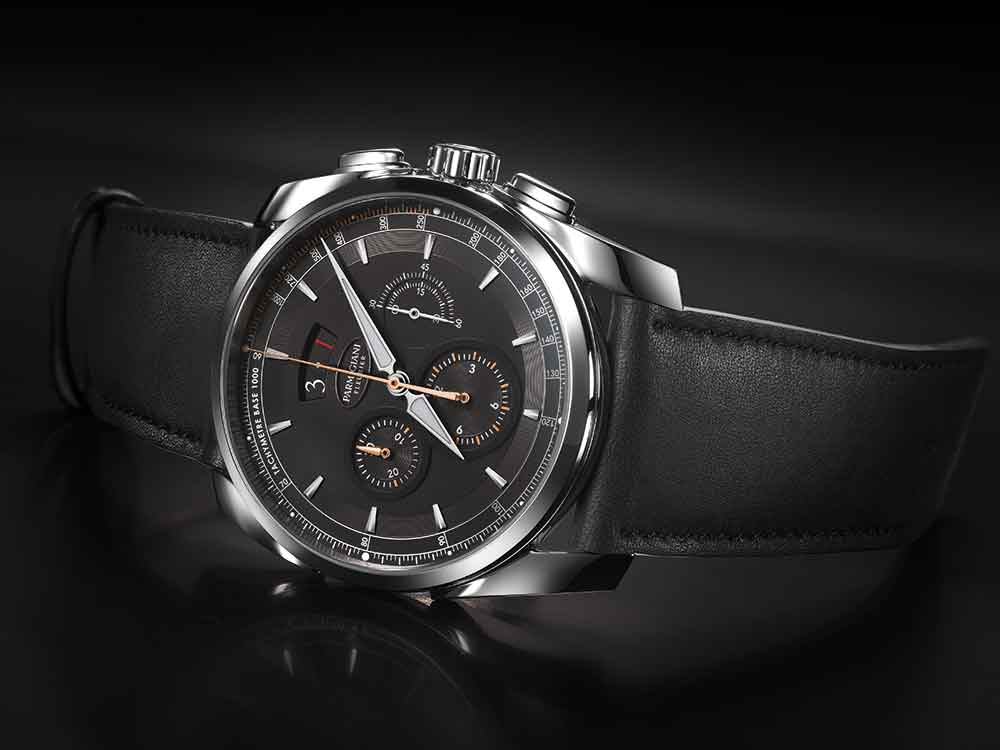