Monsieur de Chanel is a beautiful watch, with Chanel’s first in-house movement, and an intriguing jumping hours and retrograde minutes display. Chanel launched Monsieur de Chanel in beige and white gold in 2016, and at Baselworld 2017 the brand presented the same watch with black enamel dial and a platinum case. 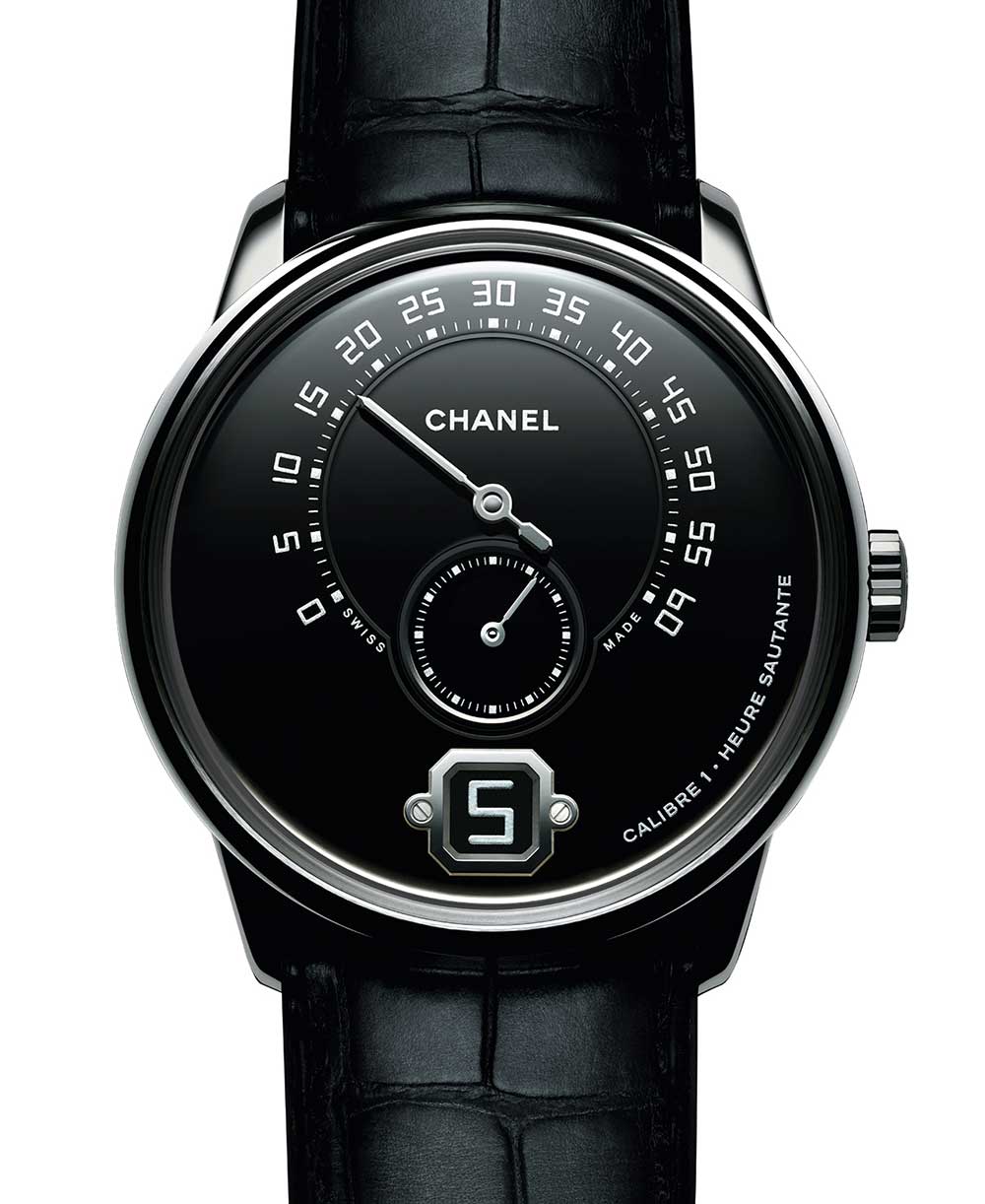 It’s an interesting piece for the simplicity of the dial, in contrast to the complexity of the functions and movement. The hours are shown in the octagonal-framed window, a reference to the plan shape of Place Vendôme in Paris. The minutes are retrograde, covering 60 minutes in an arc of 240°, designed so that in no position does the minute hand obscure view of the continuous seconds subdial. The words “Swiss Made” are an extension of the minutes scale and are completely unobtrusive. The movement has been designed so that you can set the time using the crown, in both directions, backwards and forwards. This feature of the movement was patented, along with the jumping hours mechanism. 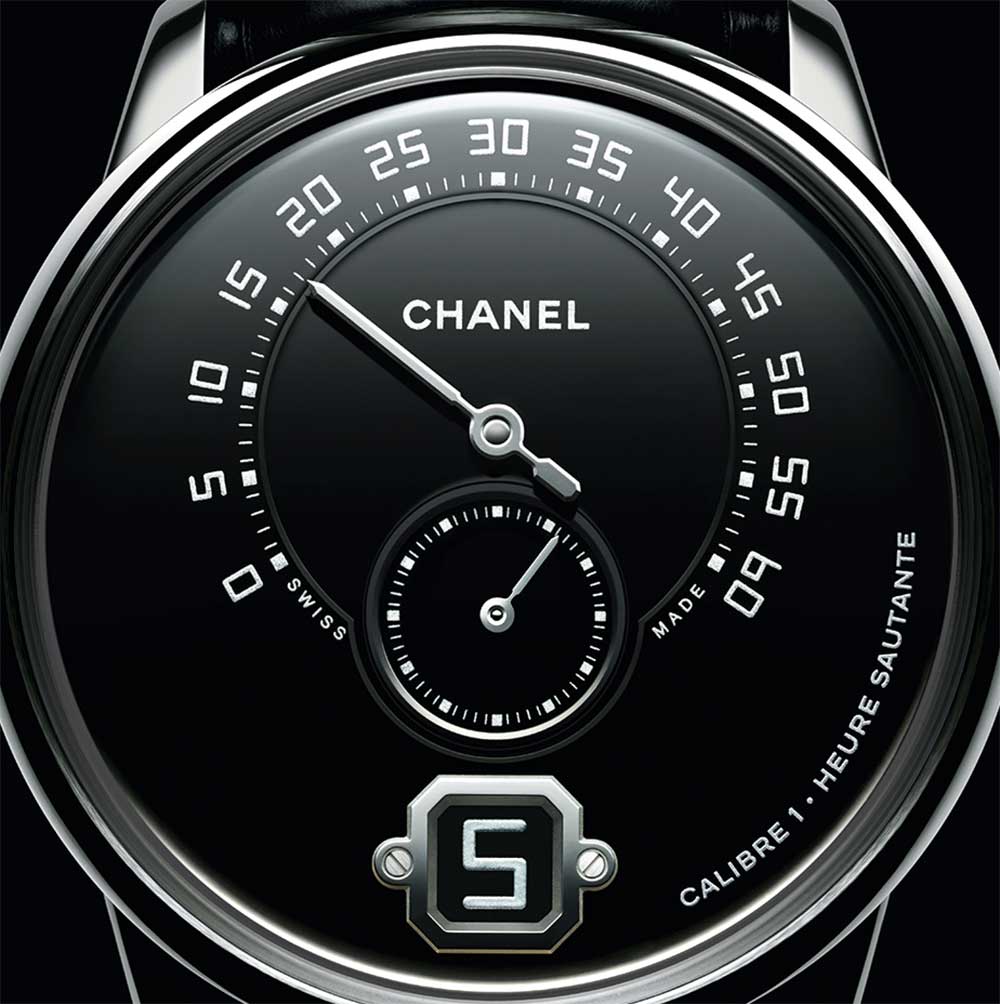 The hour and minute numerals are in a typefont designed specially for this watch. WIth their square geometry, they are a bit like the digits on an electronic LED display, creating an ironic contrast with the wholly mechanical movement. (Another watch that exploits the same mechanical-digital concept is the Dodekal One by MCT).

The watch is moderately sized at 40 mm, and slim at 10 mm. This platinum version with its minimalist colour scheme makes it ideal as an alternative dress watch. The black alligator strap has a platinum buckle that repeats the Place Vendôme octagonal motif. 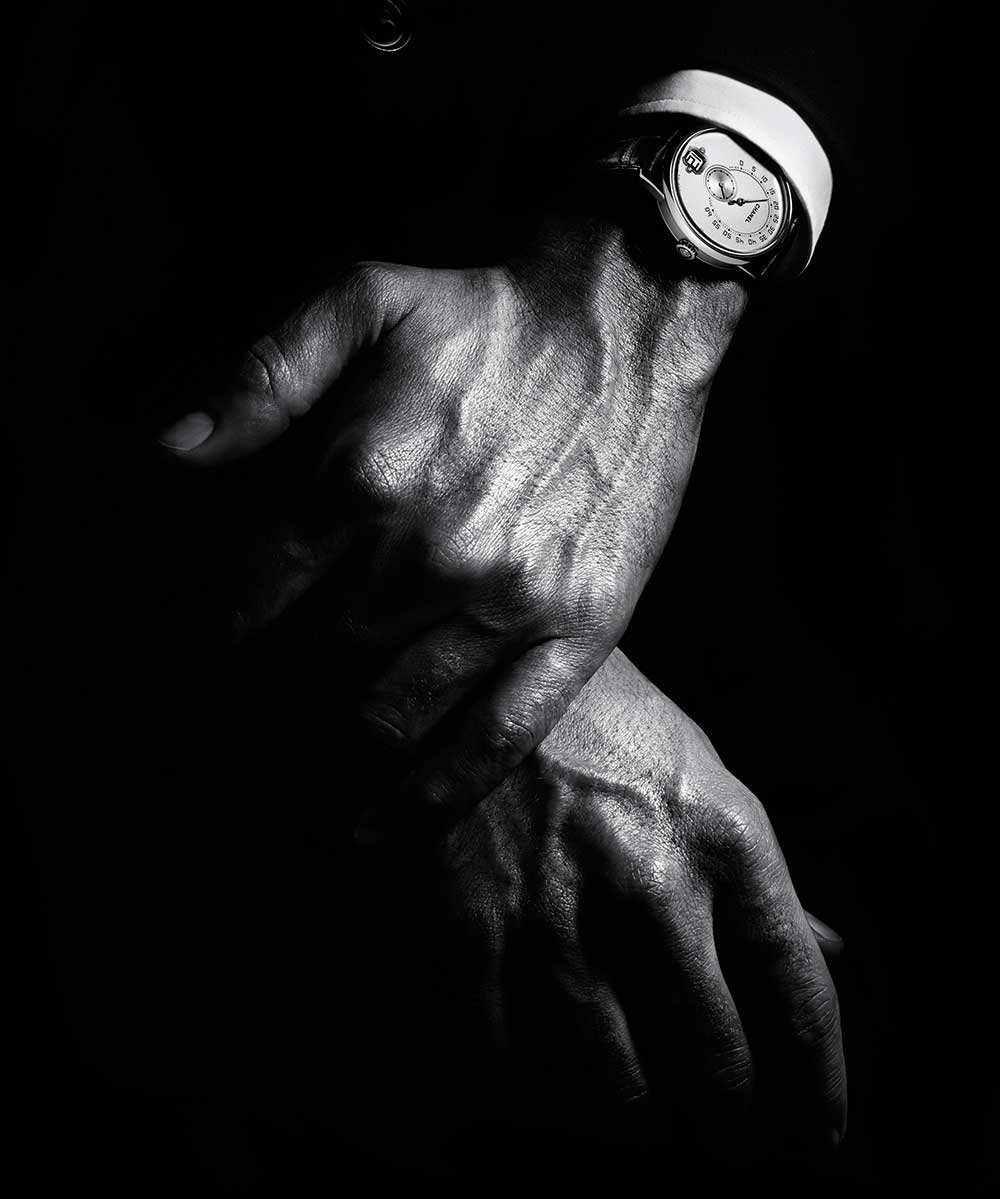 The movement can be viewed through the sapphire caseback. It is Calibre 1; its development began in 2011, and some of its components and design features were created by independent watchmaker Romain Gauthier, a brand part-owned by Chanel. It is hand-wound and has a power reserve of 3 days, 72 hours. The movement is as unusual visually as the dial, with a circular bridge and a star-shaped balance wheel. It runs at 4 Hertz, 28,800 vibrations per hour. 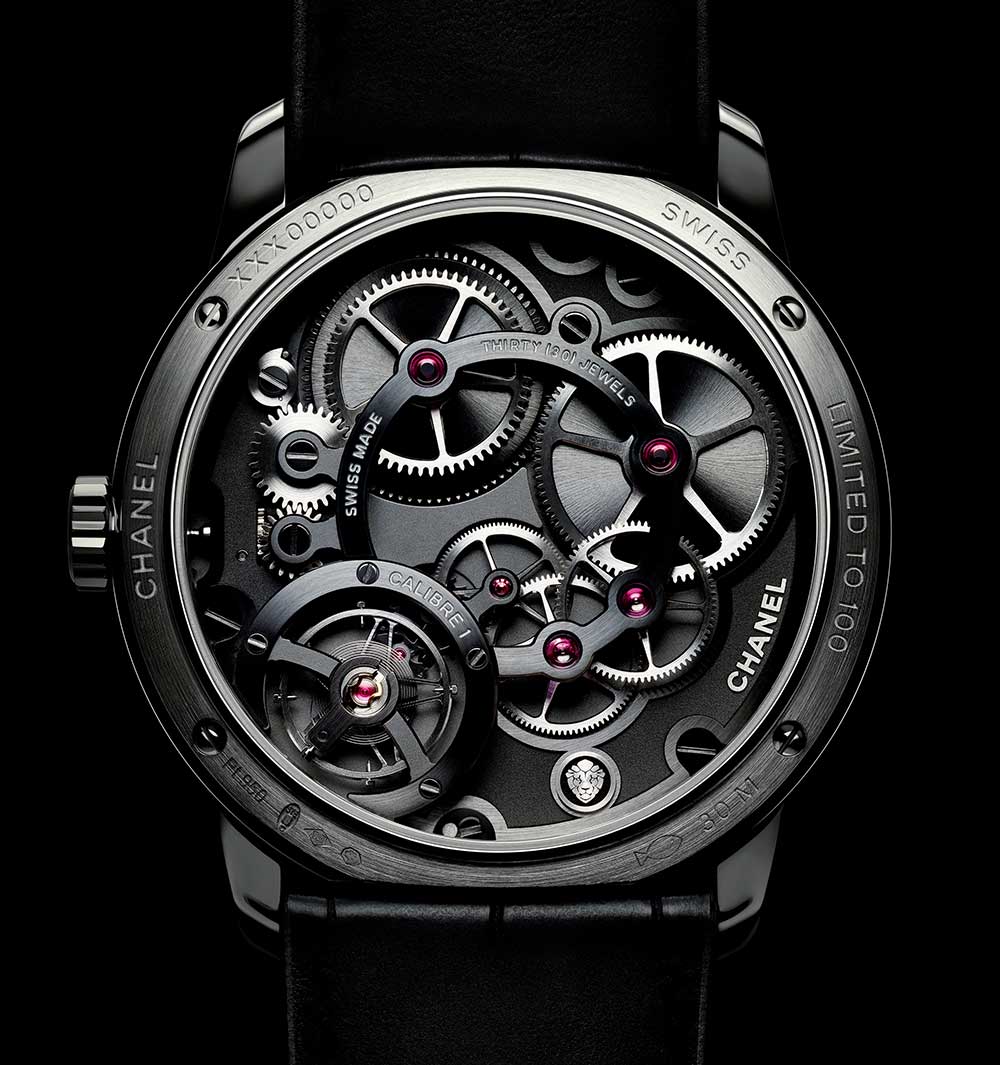 At the base of the movement, there is a small lion motif on one of the bridges. This is used by Chanel to hallmark their in-house movements. The same motif appears on the crown. It is a reference to Gabrielle Chanel, who was born a Leo and who was particularly fond of the lion. The brand funded the restoration of the lion of St. Mark that stands on the façade of San Marco in Venice. 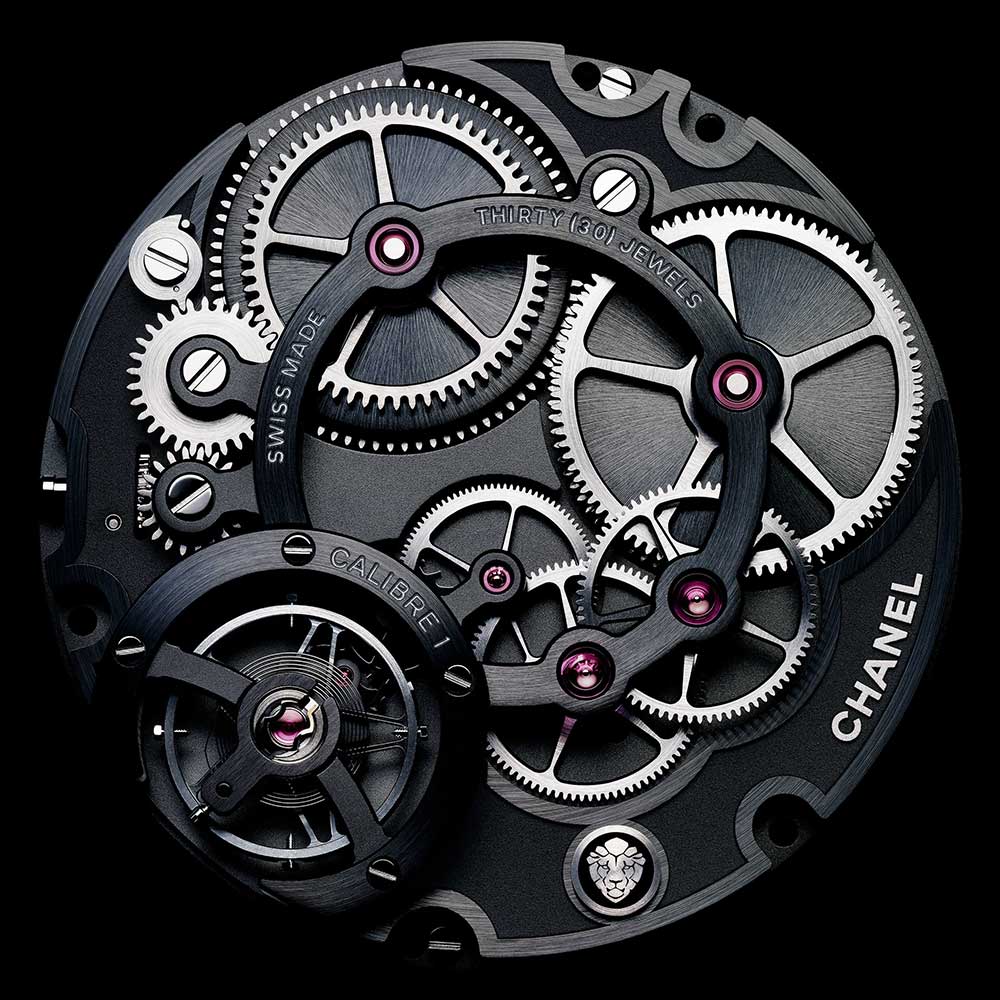 The new platinum Monsieur de Chanel is a limited edition of 100 pieces, price about €61,000, $63,000. This is a bit surprising, as it’s about €30,000 more than the two 2016 gold editions (€33,000 white gold, €31,500 beige gold). For about that price difference you could buy a kilo of platinum. So I don’t know how Chanel justify the difference in price as the watch is virtually identical to the previous version. Read more on the Chanel website.