IWC has extended its range of pilot’s watches in the Saint Exupéry series with three new models, including this Pilot’s Watch Mark XVIII. Like all IWC Saint Exupéry pieces, it has a chocolate brown dial and a brown calfskin strap by Santoni, with orange lining and white stitching. All in all, a hyggelig combination. The most significant feature of this watch is the price: this is an IWC entry-level piece at €4,600. The style is inspired by Type A pilot’s watches, but IWC never make exact replicas of their 1940s pieces, and so this piece has some notable differences with respect to the Type A pattern, such as the date window and the crown. 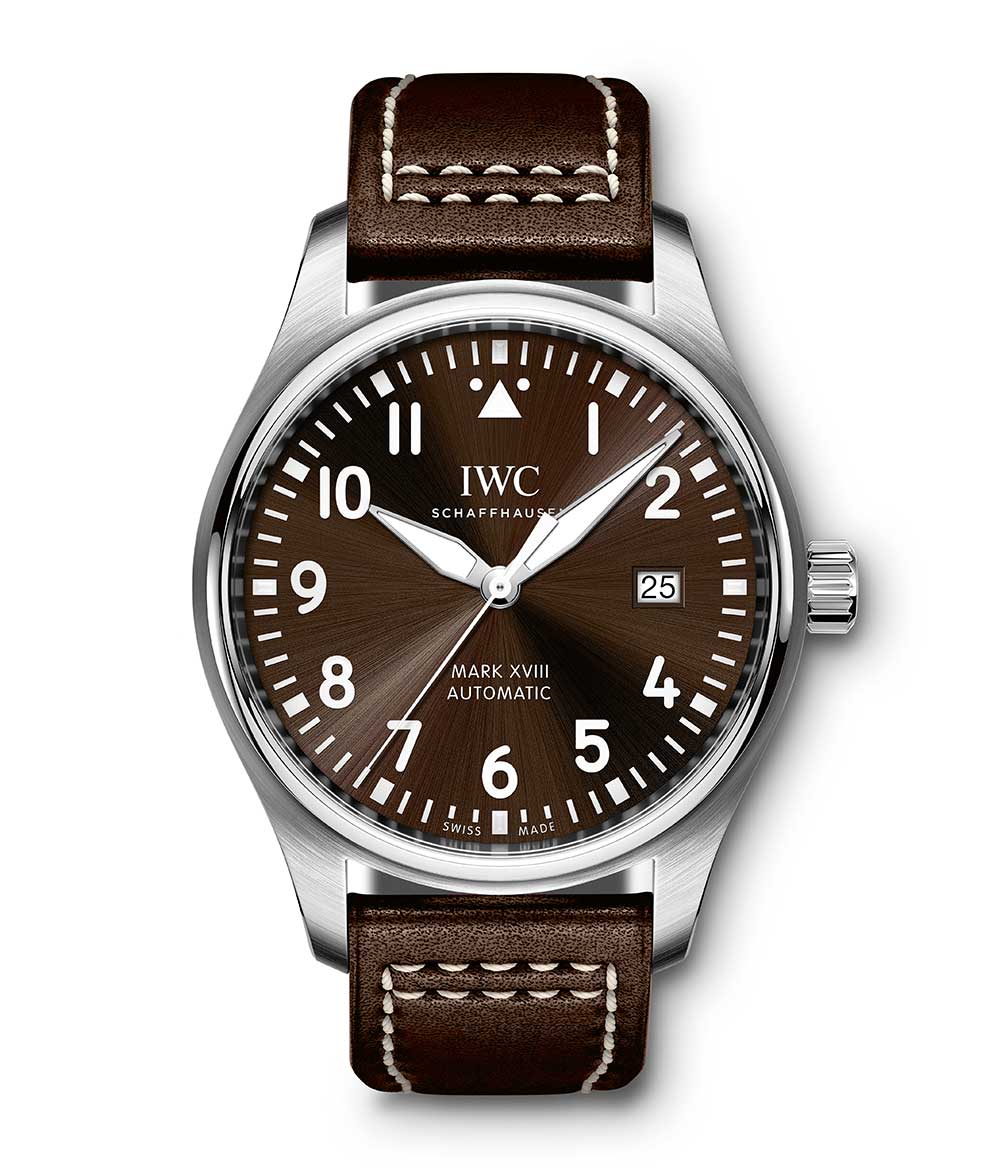 The watch is basically the same as the 2016 Pilot’s Watch Mark VIII, adding the brown dial to the existing black and white dial versions. Another difference is the caseback engraving, depicting a Lightning P-38, the aircraft that Saint-Exupéry was flying on his last mission from which he never returned. The watch is moderately sized at 40 mm diameter and 11 mm thickness, in a stainless steel case with 6 bar/60 metres water resistance, with screw-in crown. The watchglass is fixed to ensure that it remains in place even in drops of air pressure as can happen in an aircraft. 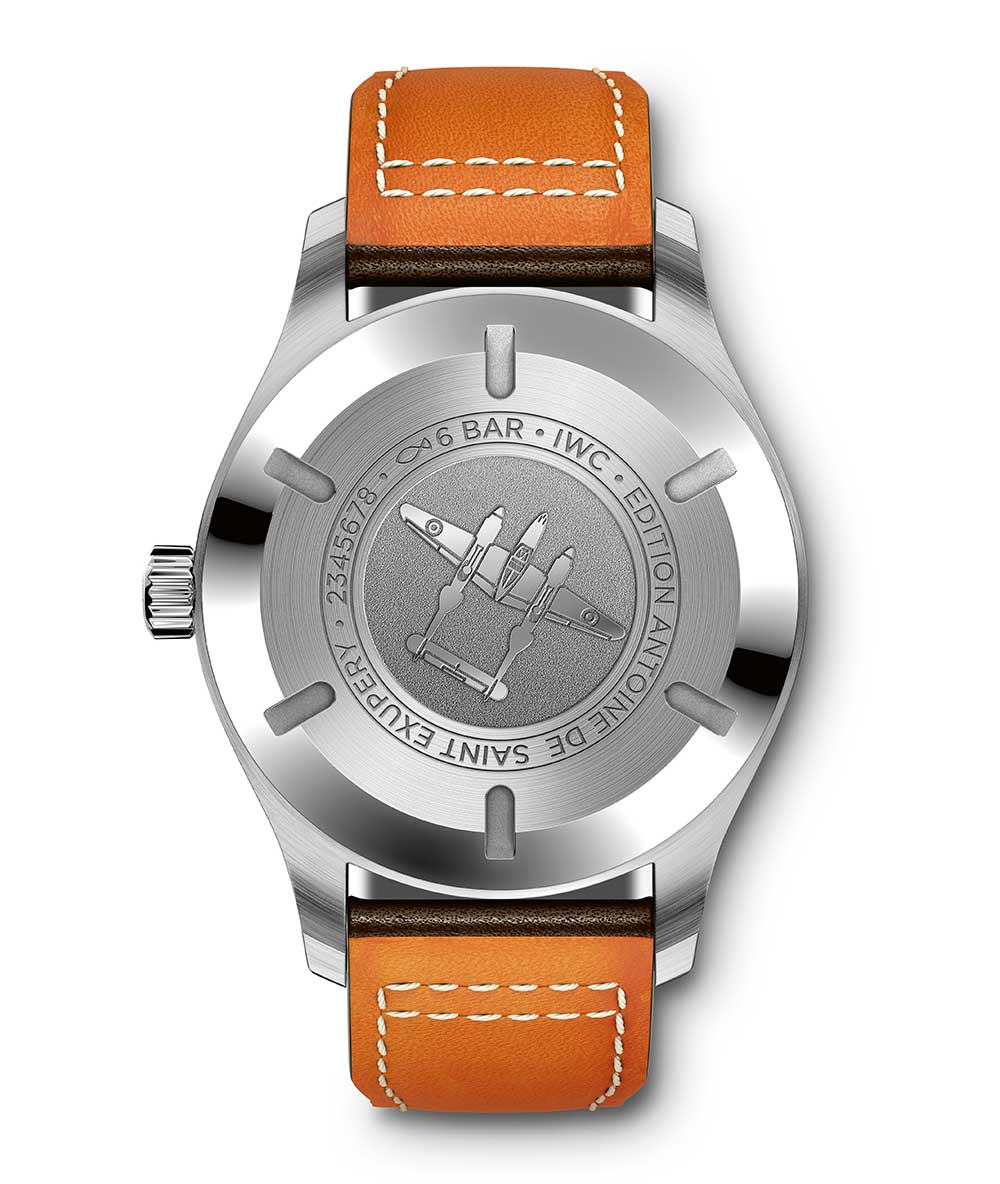 Movement made by Sellita

The movement has been updated with respect to the 2016 Pilot’s Watch Mark VIII. It is the calibre 35111, supplied by Sellita as the SW300-1, modified to IWC specifications. It is self-winding, with the stop-seconds function, 25 jewels, and a 42-hour power reserve. It runs at 4 Hertz, 28,800 vibrations per hour. The movement is protected against magnetism by a soft-iron inner case.

The IWC Schaffhausen Pilot’s Watch Mark XVIII Edition Antoine de Saint Exupéry is reference IW327003, and it costs €4,600. It is already available in boutiques, so from May 2017. Read more at the IWC website.