The Longines Lindbergh Hour Angle Watch 90th Anniversary celebrates 90 years from Charles Lindbergh’s transatlantic flight in the Spirit of St. Louis aircraft. He left Roosevelt Field, an airport near New York, at 7:52 on 20 May 1927, and reached La Bourget airport near Paris 33 and a half hours later. It was the first solo transatlantic flight. Something of the risk involved can be discerned from the fact that Lindbergh flew without a parachute or a radio in order to carry a few gallons more fuel. Longines timed the flight as the company was the official timekeeper for the Fédération Aéronautique Internationale. At some stage after the flight, Lindbergh sketched a design for a watch that would enable a pilot to determine longitude during long-distance flights, and asked Longines to make it. The result was the Hour Angle watch, shown below in Lindbergh’s sketch and with the original watch, now at the Longines Museum in Saint-Imier. 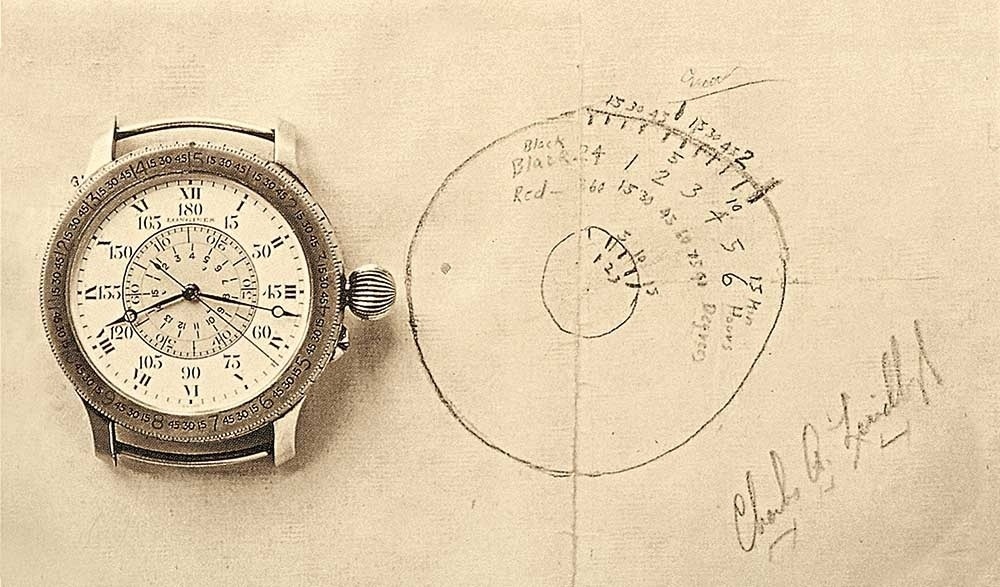 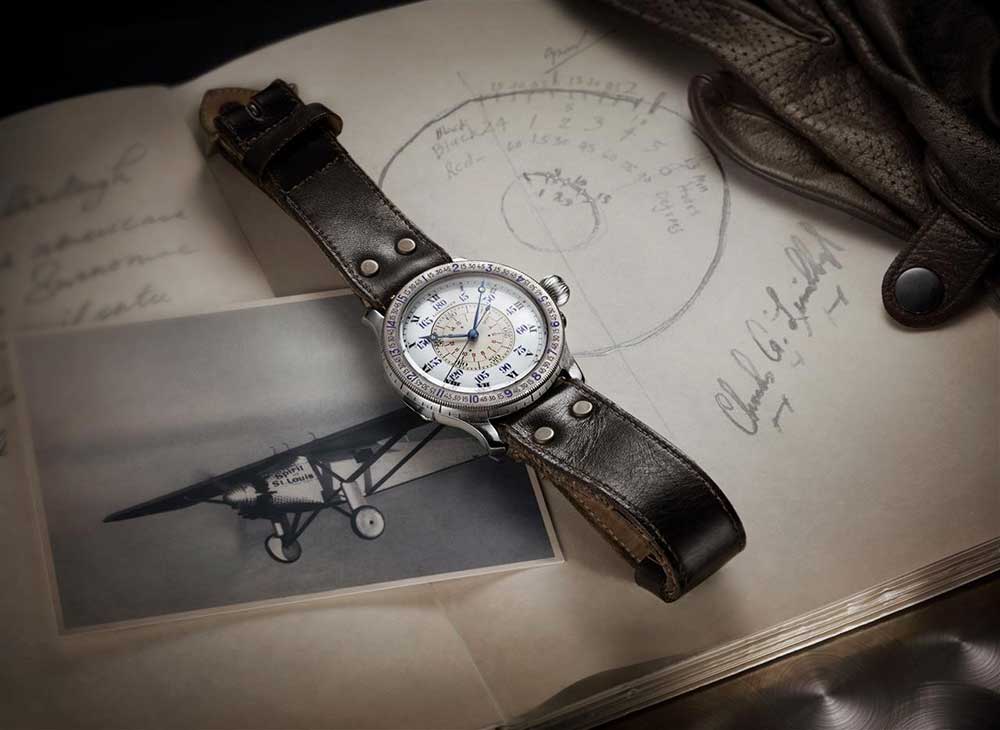 Longines had already made downsized versions of the Hour Angle watch, and this year, to celebrate the 90th anniversary of Lindbergh’s flight, it has launched a limited-edition version, 90 pieces, exactly the same size as the original, 47.5 mm. The case is in titanium (with crown and bezel in steel) to lower the total weight. Water resistance is 3 bar, 30 metres. It has a large steel crown, and a brown leather strap that extends so that the watch can be worn over a flying suit. The rotating bezel is used to compensate for the equation of time, and the seconds hand can be synchronized to an external time signal by means of the rotating black internal section of the dial, rotated using the crown. 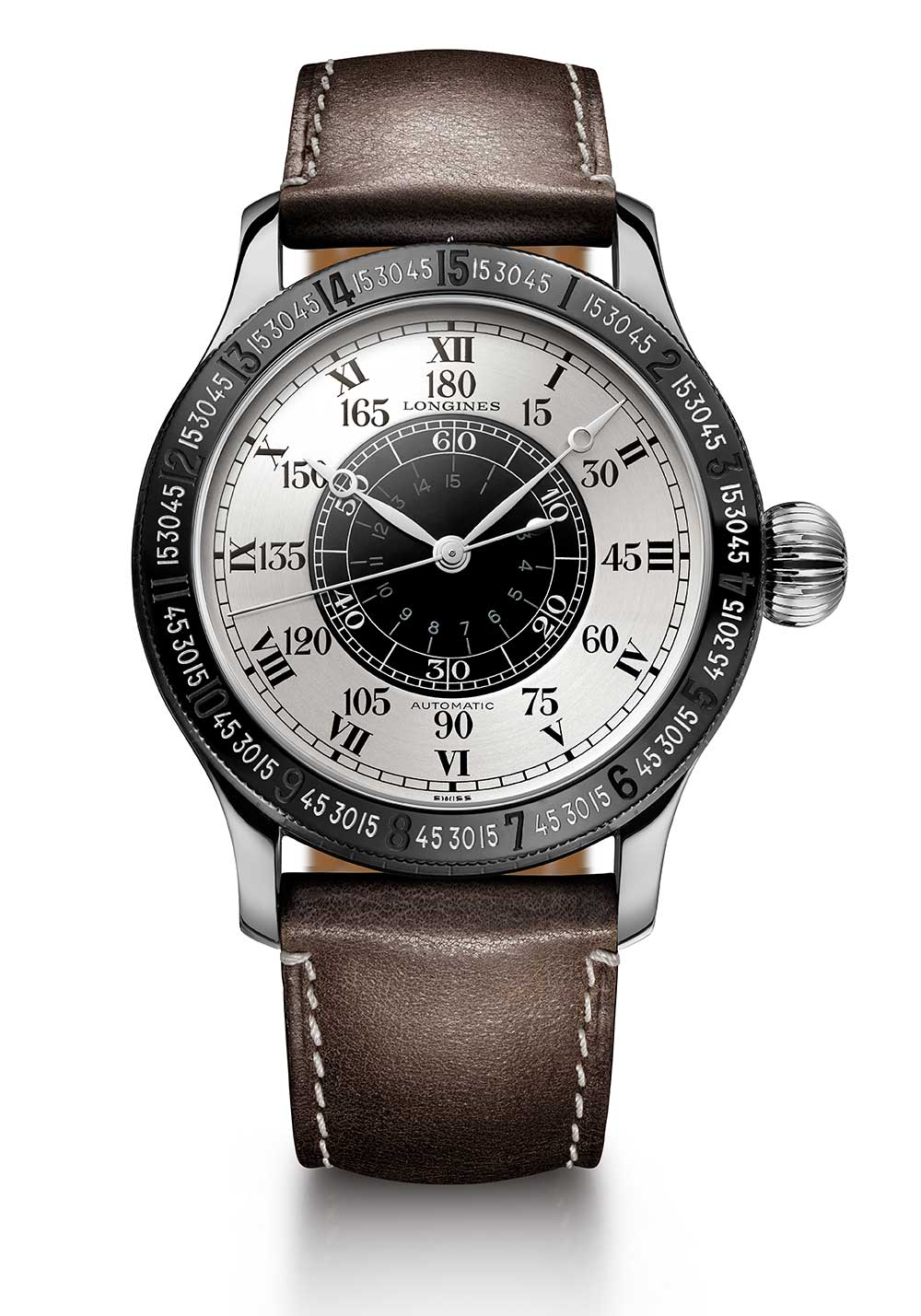 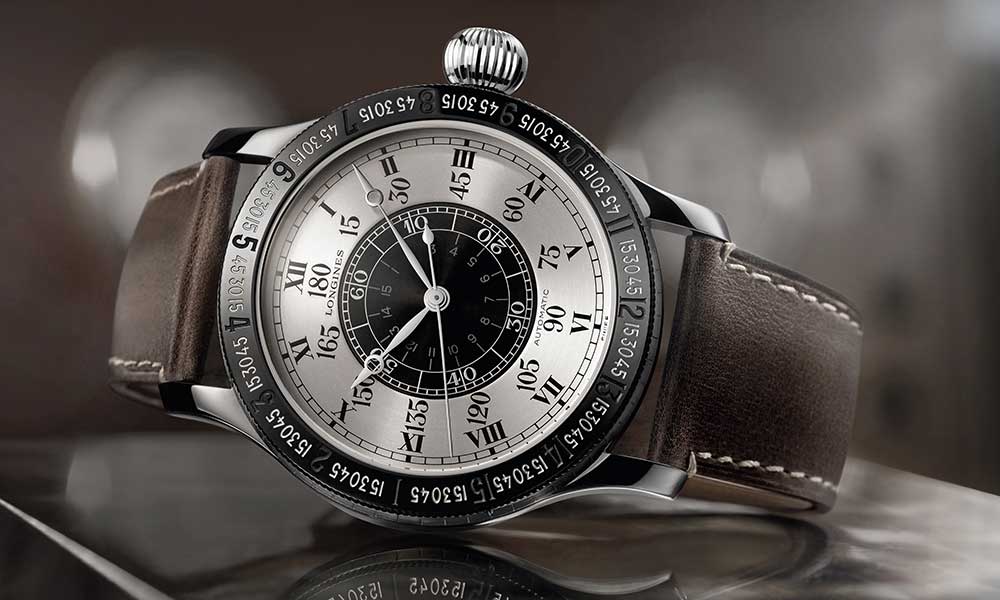 Using the watch to determine your position is not simple, but if you’re flying above the Atlantic in a plane flying at 100 miles an hour, you’ll have time. You use a sextant to determine latitude. The hour angle watch is used to find your longitude. The principle is that the Earth revolves through 360° in 24 hours. So the hour hand’s 12-hour rotation is equivalent to 180°, and the minute hand’s movement corresponds to one degree every four minutes (as shown on the bezel). A revolution of the seconds hand (one minute) corresponds to 15′ (a quarter of a degree). The watch has to be set to Greenwich Mean Time, and then the time has to be adjusted for the equation of time – the difference between mean solar time and the apparent solar time (true time), up to 16 minutes difference. The equation of time is provided in astronomical almanacs. You use the rotating bezel to a number of minutes and seconds corresponding to the equation of time for that moment. This sets up the watch: you can now read off the hour angle for the Greenwich meridian, summing the degrees indicated by the hour hand (read off the scale just inside the Roman numerals), the minute hand (read off the bezel) and the seconds hand (central part of the dial).

One thing that I’ve always found strange about Lindbergh’s aircraft is the cockpit with no glazing at the front, just two side windows. How did he see forwards? Apparently this was connected to the design of the aircraft, which was built specially by the Ryan company for the transatlantic flight. Lindbergh asked for the two fuel tanks to be placed in front of the cockpit, with the oil tank creating a firewall between fuel tanks and the pilot. This improved weight distribution but meant no windshield and no forward visibility. Lindbergh was used to this as he flew two-seater mail planes from the rear seat with mail bags in the front seat blocking the view, and so to see forward, he yawed the plane and looked out of the side. He used the same technique in the Spirit of St. Louis, though in this aircraft he also had a periscope that could be used to avoid hitting trees and buildings at low altitude. 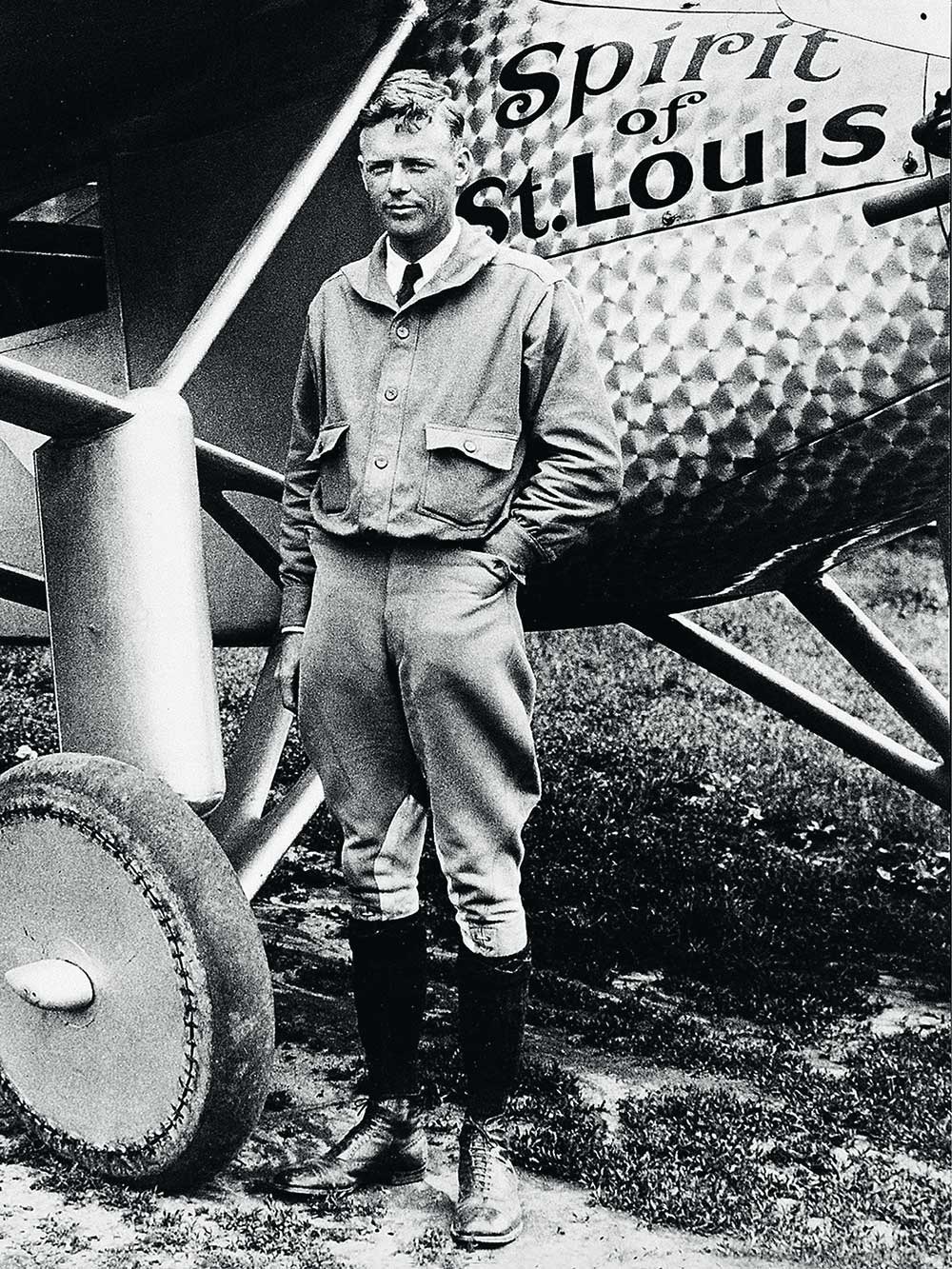