Romain Jerome isn’t a brand that makes tool watches, but they created a watch called the Octopus, launched in 2012, that had an 888-feet water resistance (270 metres) and an internal rotating bezel that could be used to measure elapsed time. In 2017 Romain Jerome has returned to the theme, updating this watch and giving it an entirely new character based on the extensive use of SuperLuminova. Its name is the Octopus Lume. 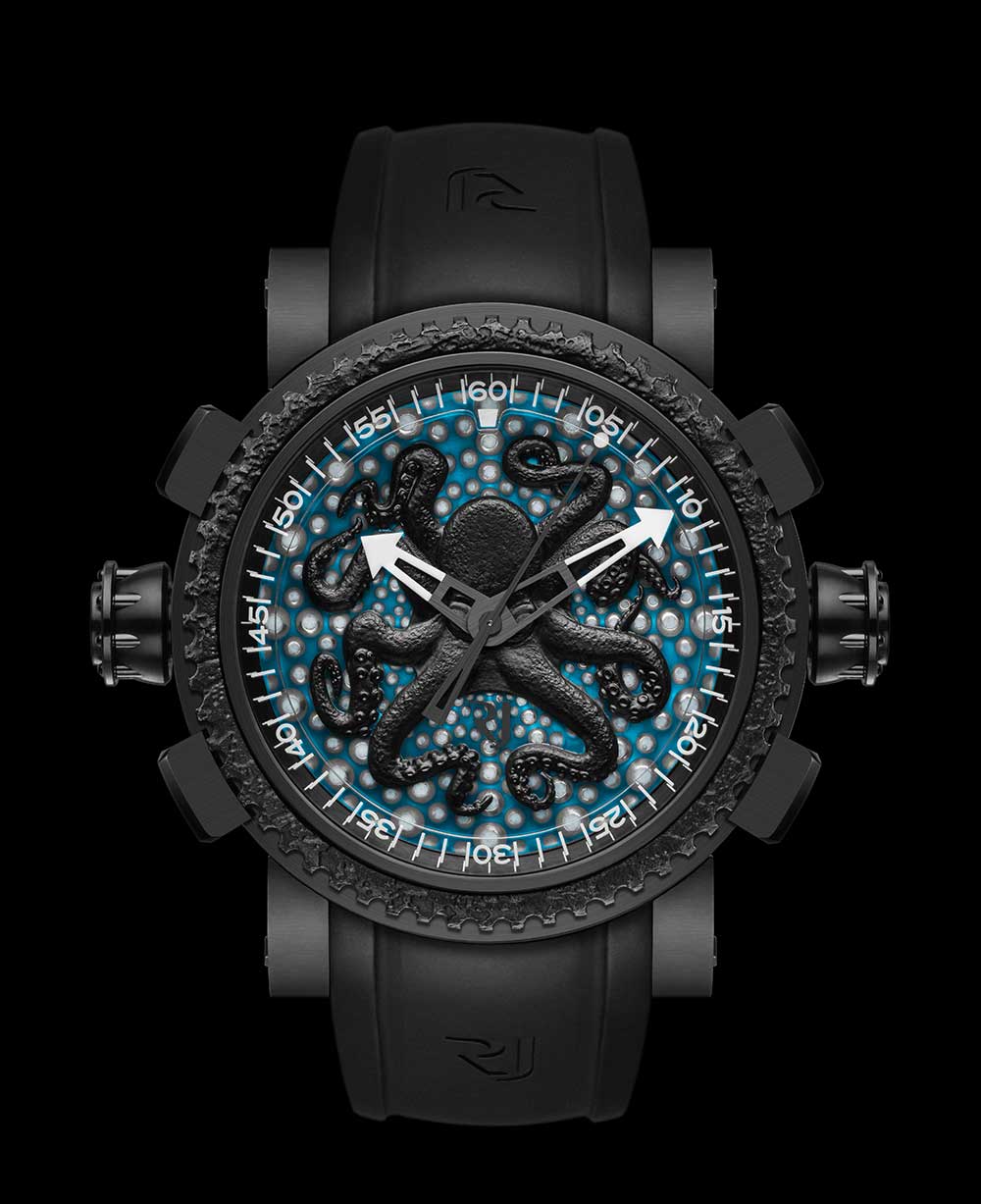 A watch with dual nature, day and night

The Octopus Lume is a 25-piece limited edition, with a 47 mm case in black PVD-coated steel that contains a minimal part of steel from the Titanic. The octopus appears on the dial, and it also features on the caseback and on the 3 o’clock crown. The black rubber strap has a pattern of miniature suction caps inside, recalling the octopus’ legs. Manuel Emch, who up until recently was CEO and design mastermind at Romain Jerome, wanted the number 8 to be a dominant presence, and so there are 8 exposed screws on the case, 8 on the caseback, 8 rivet motifs on each crown, and a water resistance of 888 feet which is a nice ironic touch. Most of this was already present on the 2012 Octopus. But the blue-emission SuperLuminova gives the piece a second life, with a totally different character in the dark. The brass dial base was textured, rhodium-plated and then coated in transparent blue resin. A series of cavities, like those of a sea urchin, are filled with SuperLuminova. The result is a witty piece with unique character. Other design watches have been made inspired by diving and the ocean – such as the MB&F Aquapod – but the Octopus Lume is unique in combining the quirky touches with an impressive underwater capability. A great talking point on the beach. 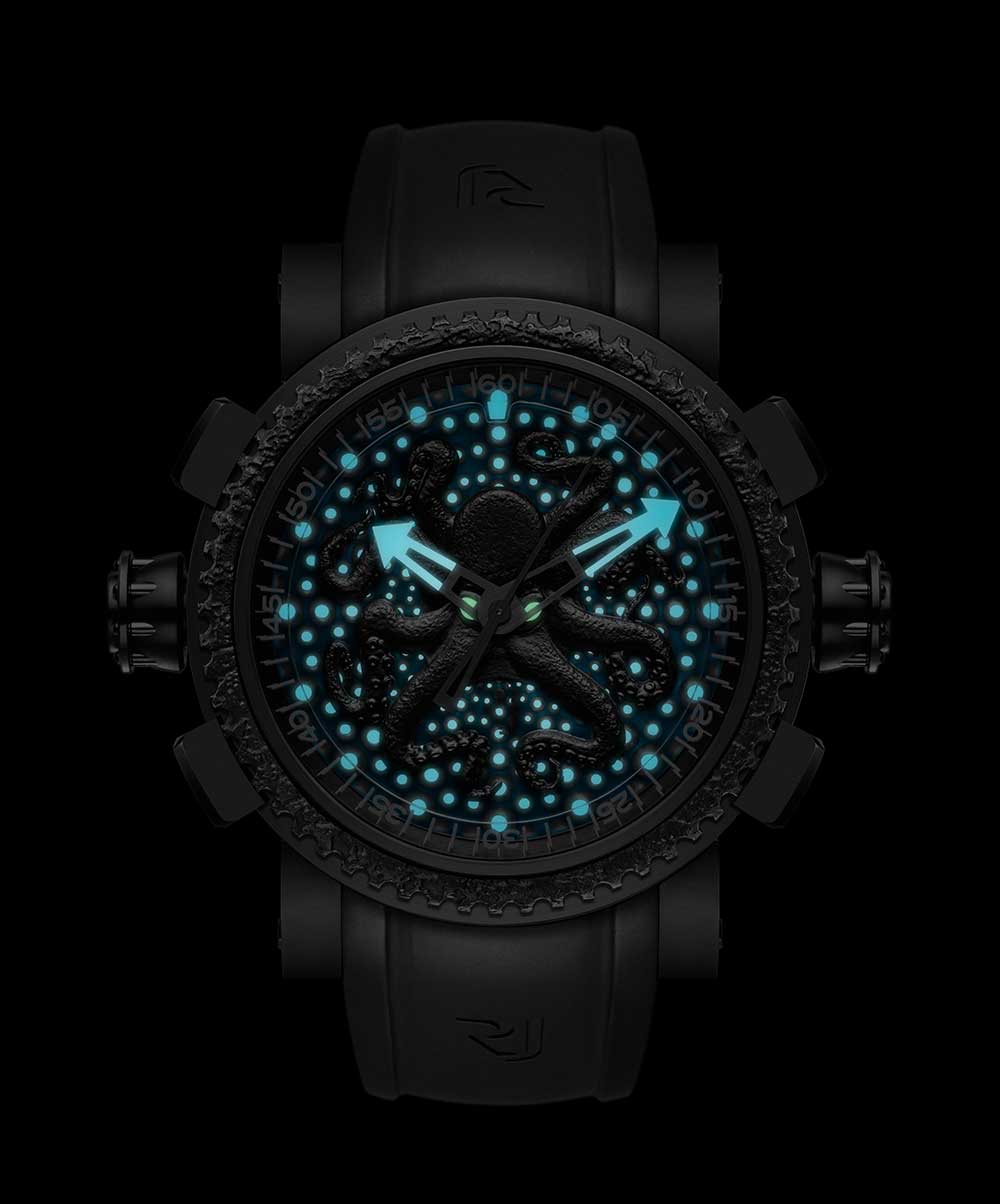 The internal rotating bezel is in sapphire, with minute indications. This can be rotated with respect to the SuperLuminova-coated reference mark at 12 o’clock, using the crown at 3 o’clock. It’s a nice touch giving the 3 o’clock crown – the most accessible one – control of the rotating bezel. The crown at 9 o’clock adjusts the time indications. 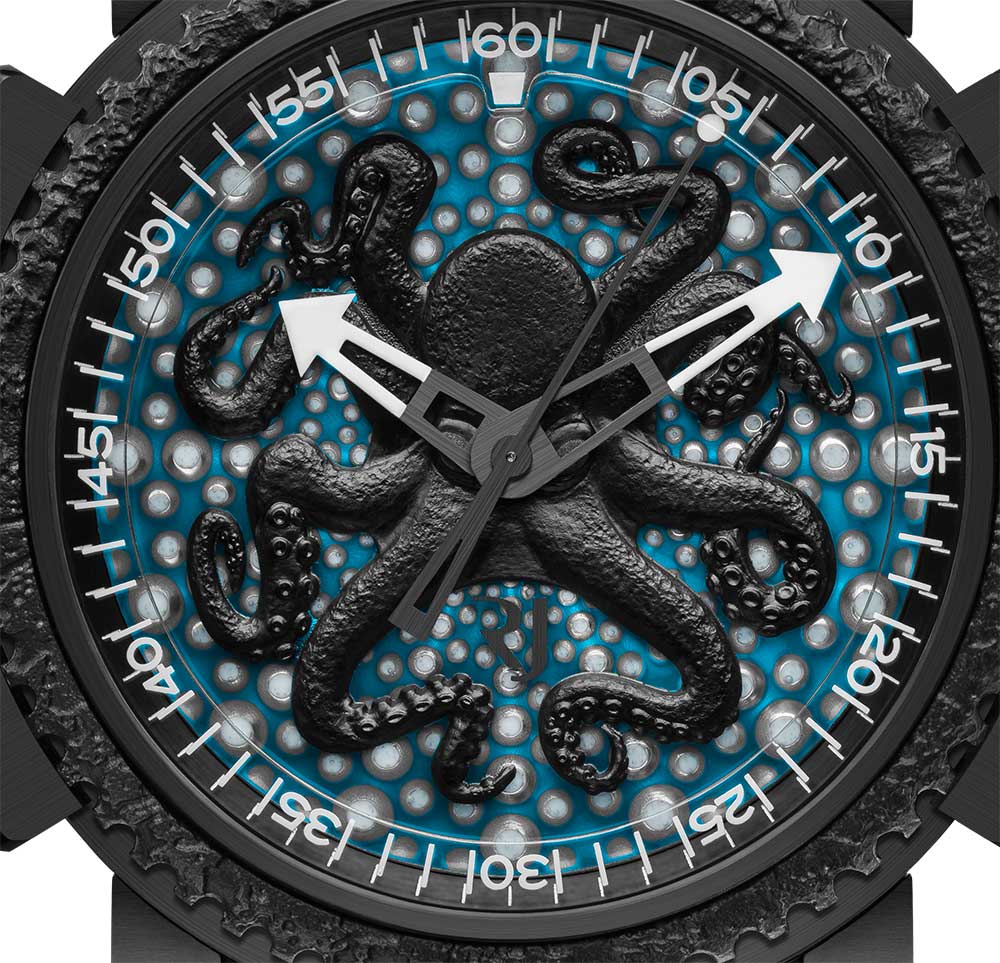 The watch is powered by the RJ002-A2 calibre, made by an external supplier and providing basic time functions. It is self-winding, has 23 jewels, runs at 4 Hertz, and has a power reserve of 42 hours. 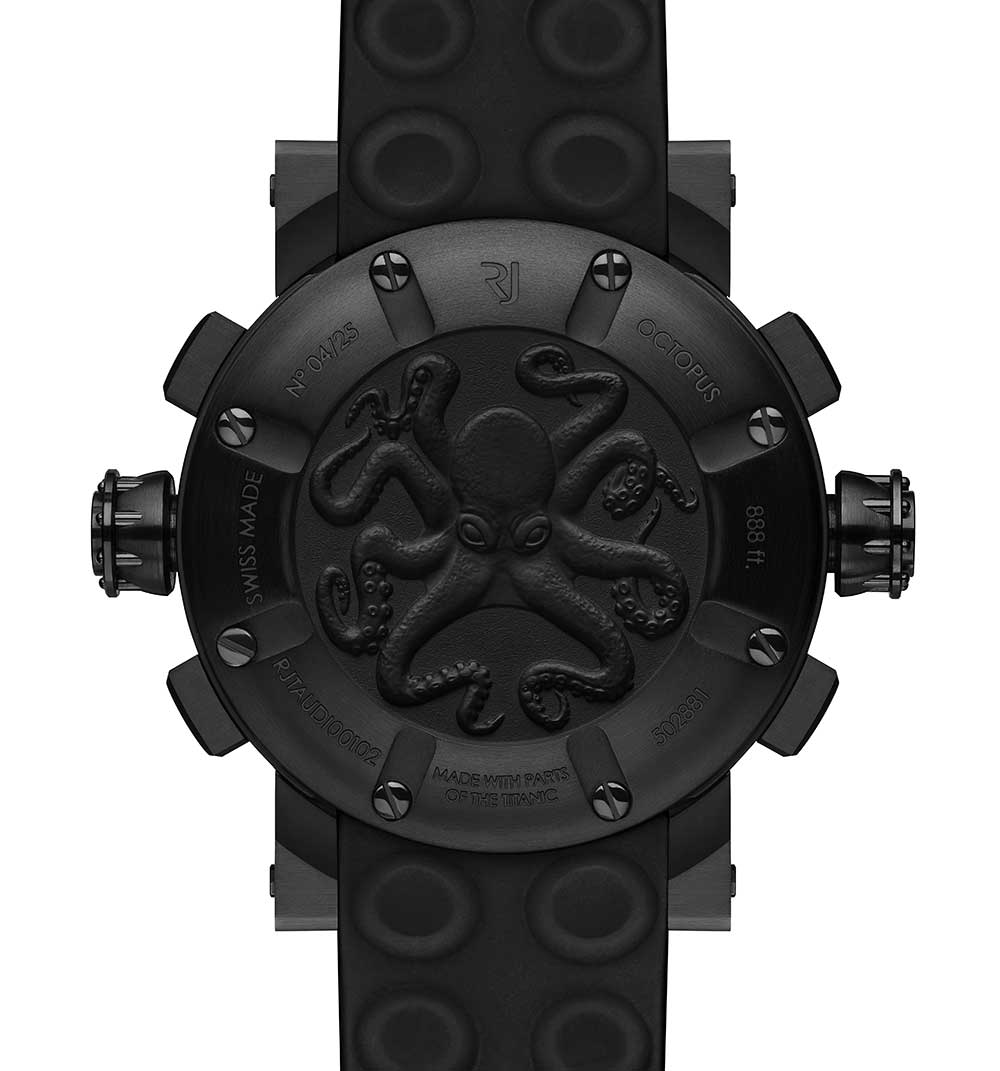