Romain Jerome have perfected a very efficient formula that enables them to sell watches in non-precious cases (though complex with a lot of attention to finish), with movements purchased from third-party suppliers, at premium prices. They achieve this by means of agreements with companies licensing instantly recognisable subjects, and small editions that satisfy customers’ desire for a watch that looks completely different from what the majority of people wear. 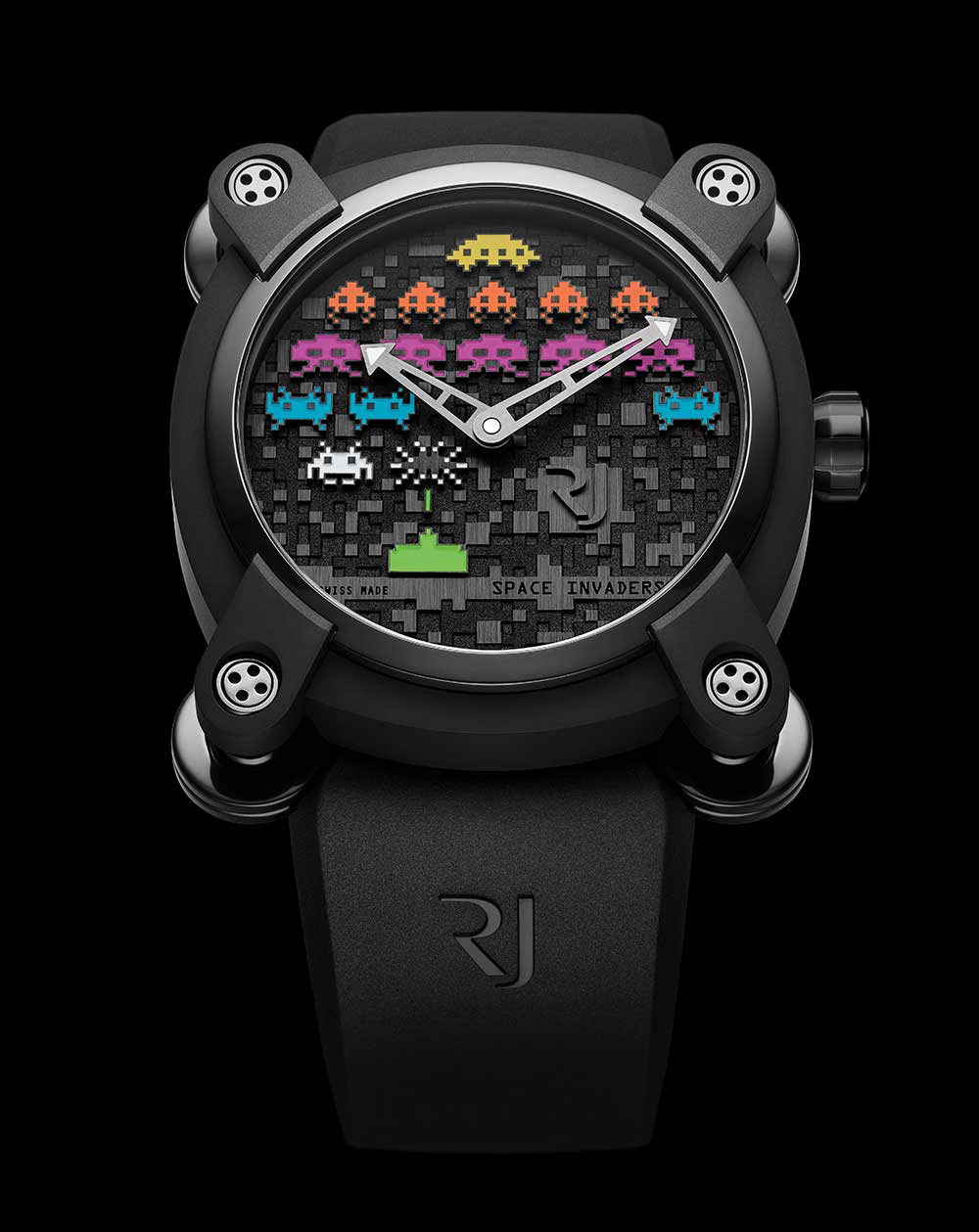 Romain Jerome launched their Games collection in 2011 with the first Space Invaders models, two limited editions, each of 78 pieces. The collection went on to becomes the brand’s best-selling range. This new 2017 edition, Space Invaders Pop, also comprises two models, each of 78 pieces, with a titanium case 46 mm or 40 mm in diameter, 3 atm water resistance. Both feature the Moon Invader case with four ball-and-socket joints that provide articulation for the “feet” which resemble those of the Apollo lunar landing modules.

The Space Invaders motifs are hand-painted in green, white, blue, purple, orange and yellow, hence the name Pop. The 2011 versions were more restricted in their colours. The watch has a solid caseback with a Space Invaders medallion, and a star-type design that also appears on the underside of the rubber strap. 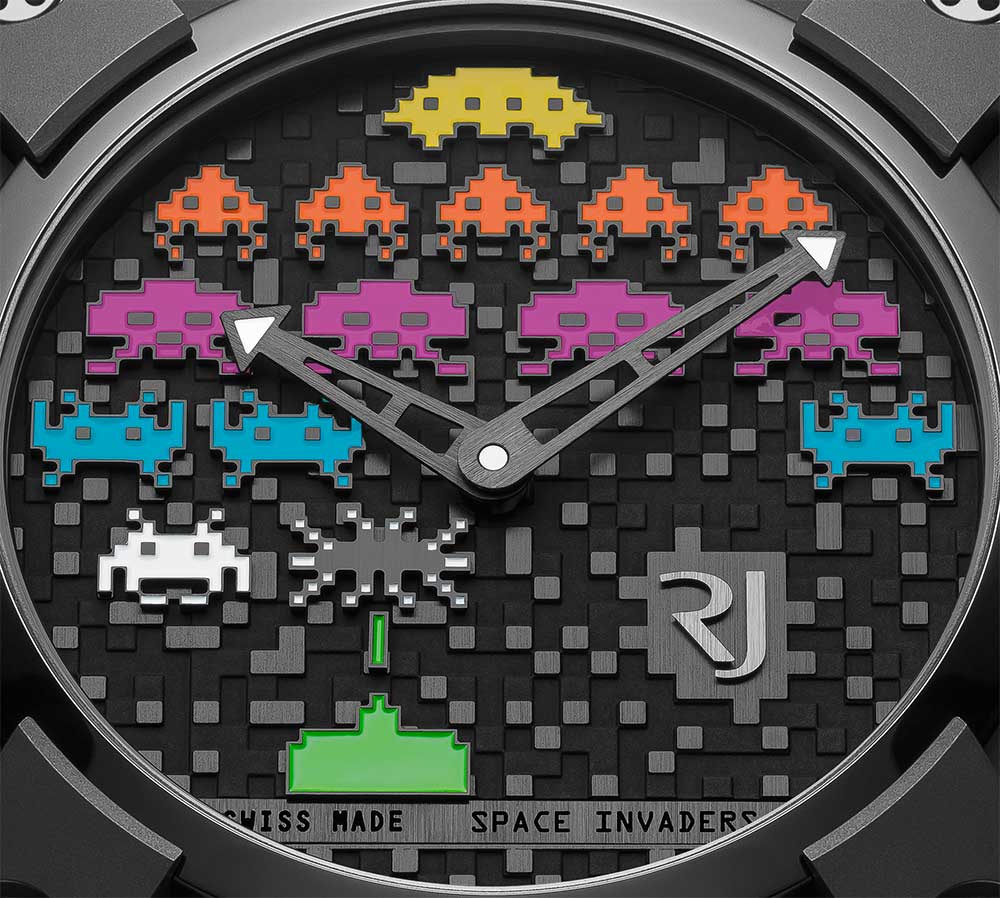 The RJ001-A movement is made by an external supplier. It runs at the classical frequency of 4 Hertz, and it is self-winding, with a power reserve of 42 hours. The watch has the unusual feature of not having a seconds hand. 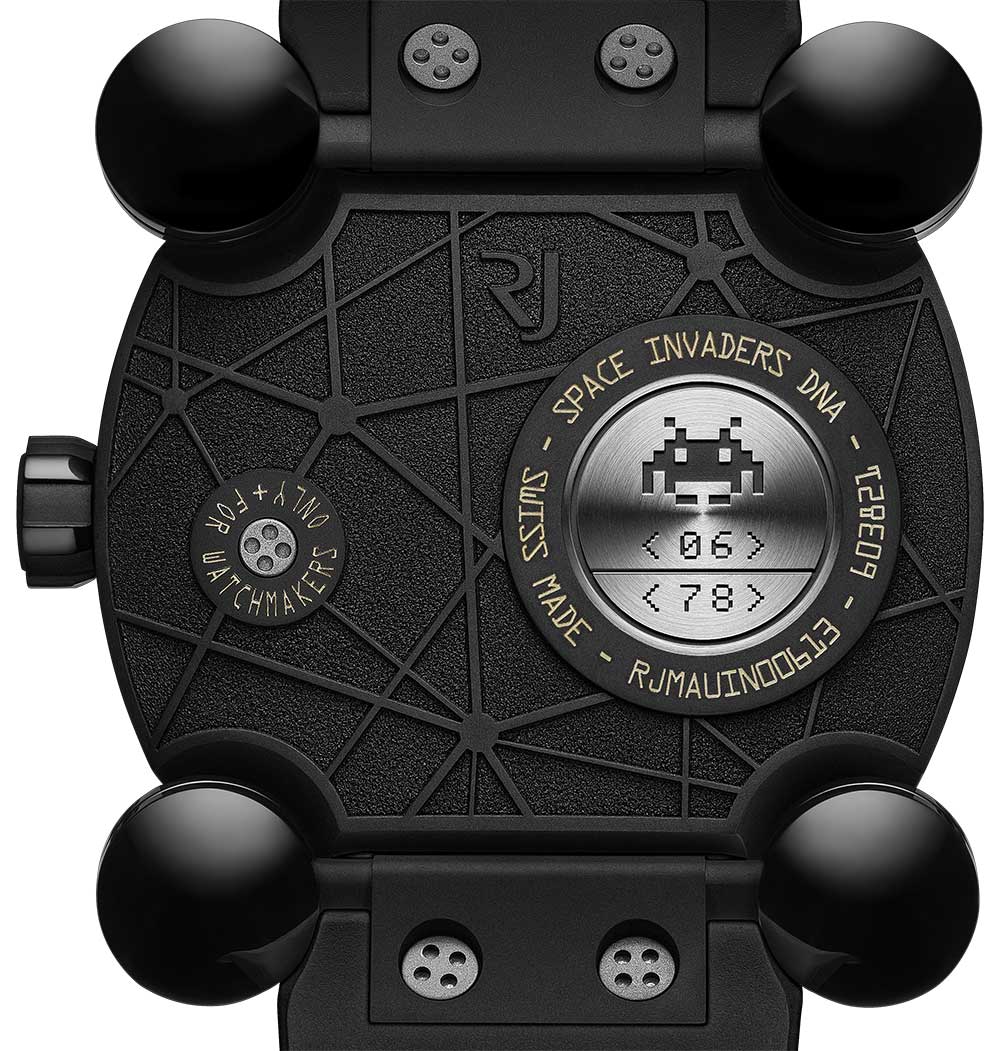