Romain Jerome is a brand not based on watchmaking, but on story telling. Each of their pieces has a very powerful identity generated by design, colour, and the materials and texture used for case and bezel. This style was developed initially by Yvan Arpa, from 2006 to 2009, and then by Manuel Emch, CEO of the brand from January 2010. In March 2017 he announced that he would be stepping down from the role of CEO to become the delegate of the Board of Directors, with the mission of driving the brand’s overall strategy. 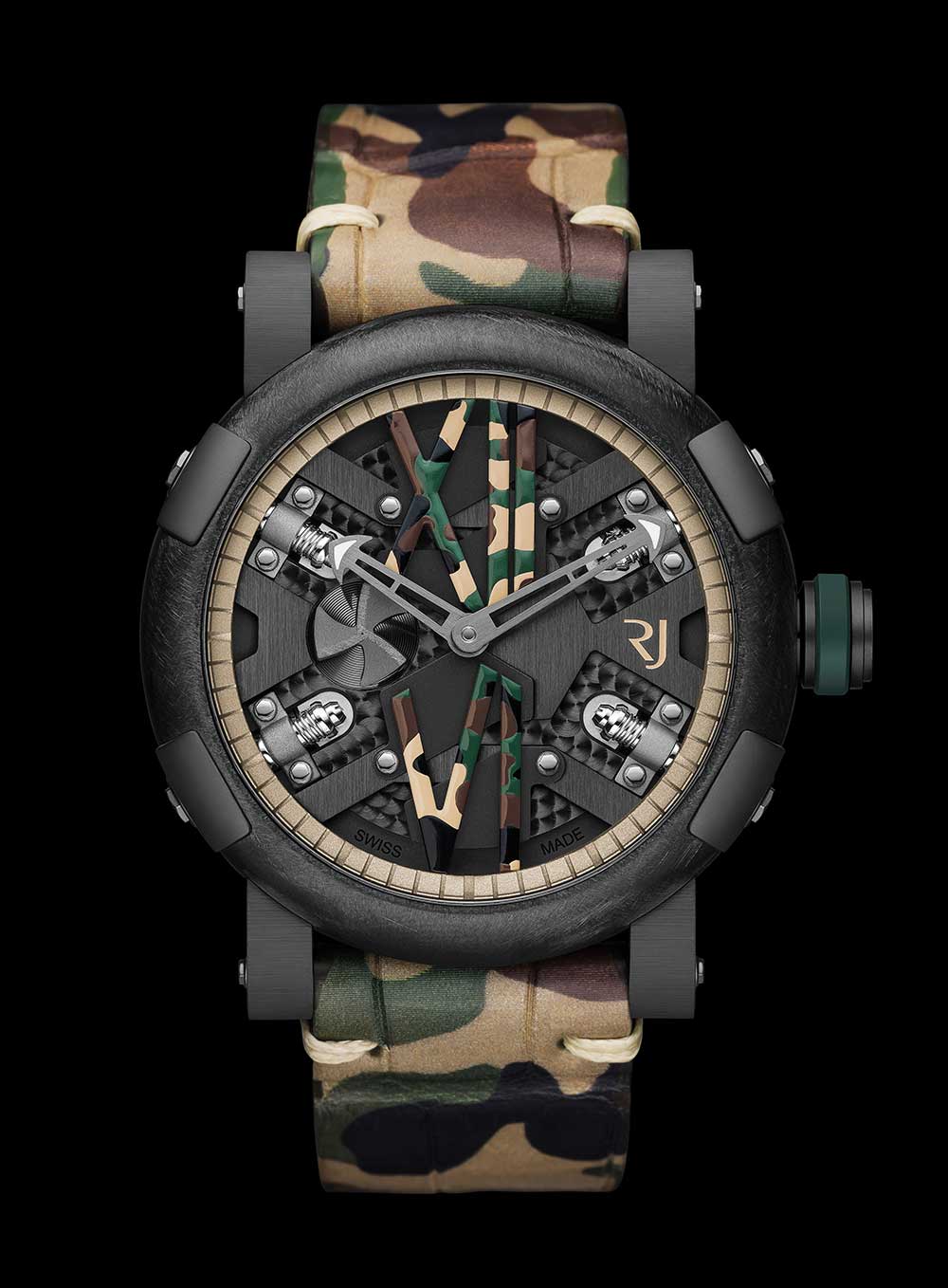 These two new models join the Steampunk 46 Auto collection, two limited editions of 25 pieces each. Even though Romain Jerome’s steampunk watches express a 19th-century industrial feel, they conceal handcrafted work on the dial. In this case, the miniature artist André Martinez painted the numerals with their camouflage pattern by hand, creating stories of lesser clarity – based on the fusion between the original steampunk and the camouflage or pop art décor – but with a very recognisable appearance. 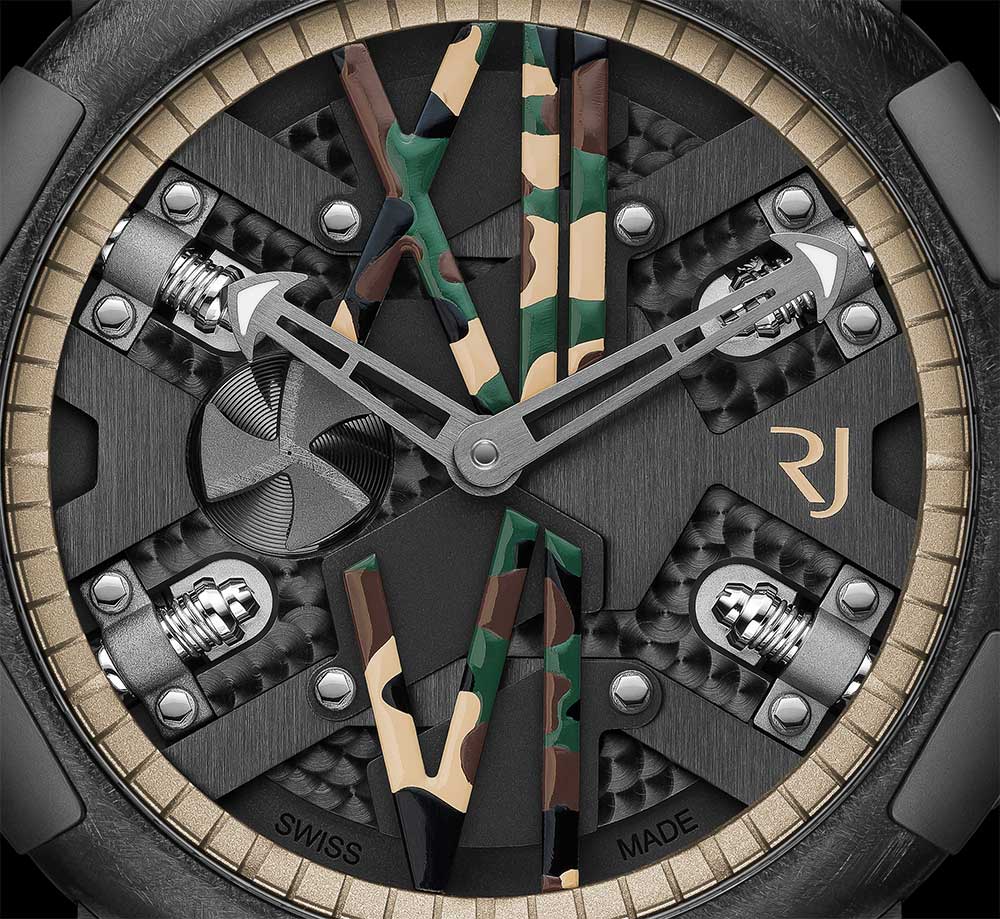 The original Steampunk watches were 50 mm in diameter, but his series has a more wearable 46 mm case, with a complex structure and a satin-brushed gunmetal bezel with a rough surface finish. The marine elements comprise the small seconds hand at 9 o’clock, the hands recalling anchors, exposed screw-heads, and the four pistons. The camouflage decoration extends to the alligator strap, with a printed pattern. The solid caseback has an engraving of a propeller. Even though the watch has a screw-down crown, water resistance is just the standard 3 atm, probably due to the complexity of the case. 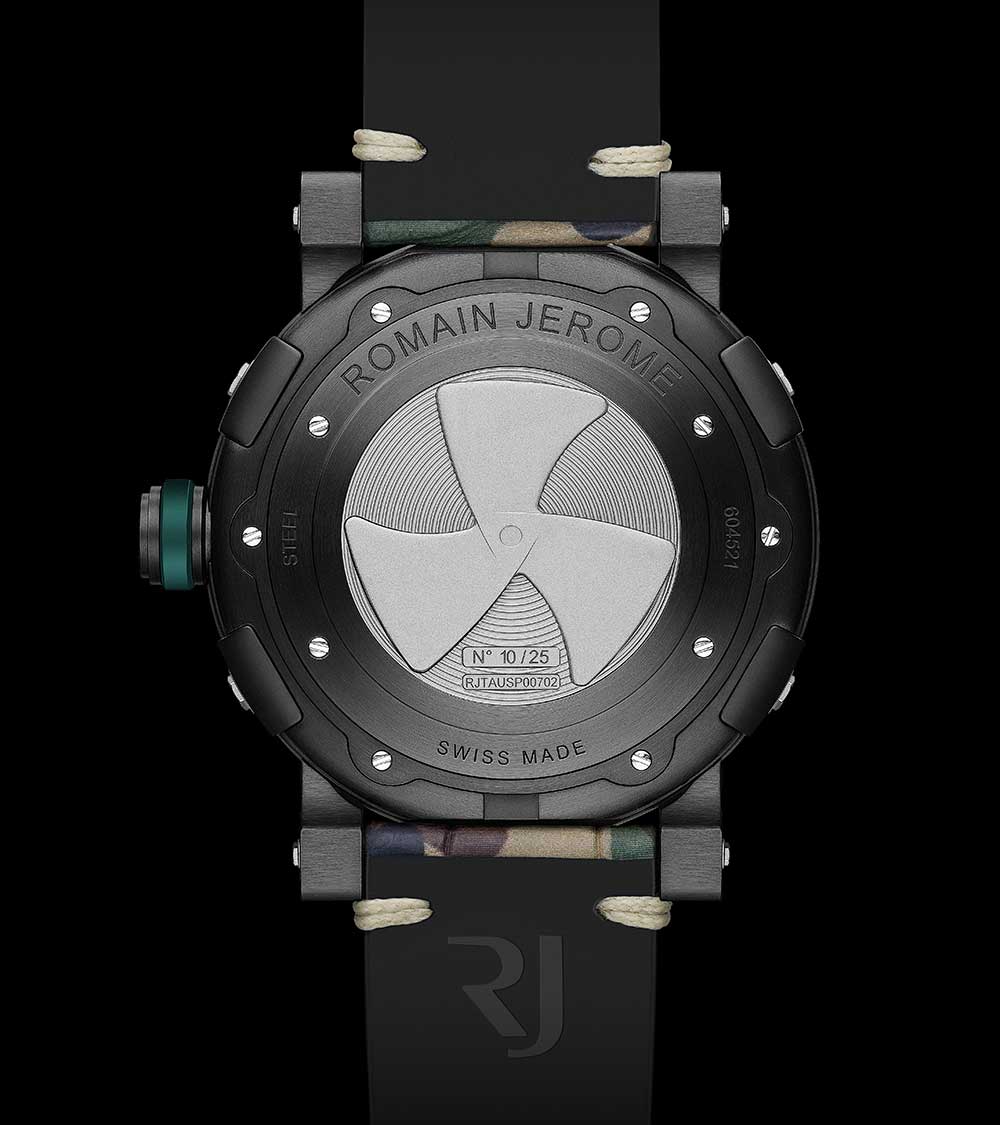 The second watch features a Pop Art-style treatment of the giant Roman numerals, enhanced by the blue stitching on the black alligator strap with blue and red edges. It is reference RJ.T.AU.SP.007.03, price 10,950 Swiss francs, €12,500, £9,850, $11,500. Further information from the Romain Jerome website. 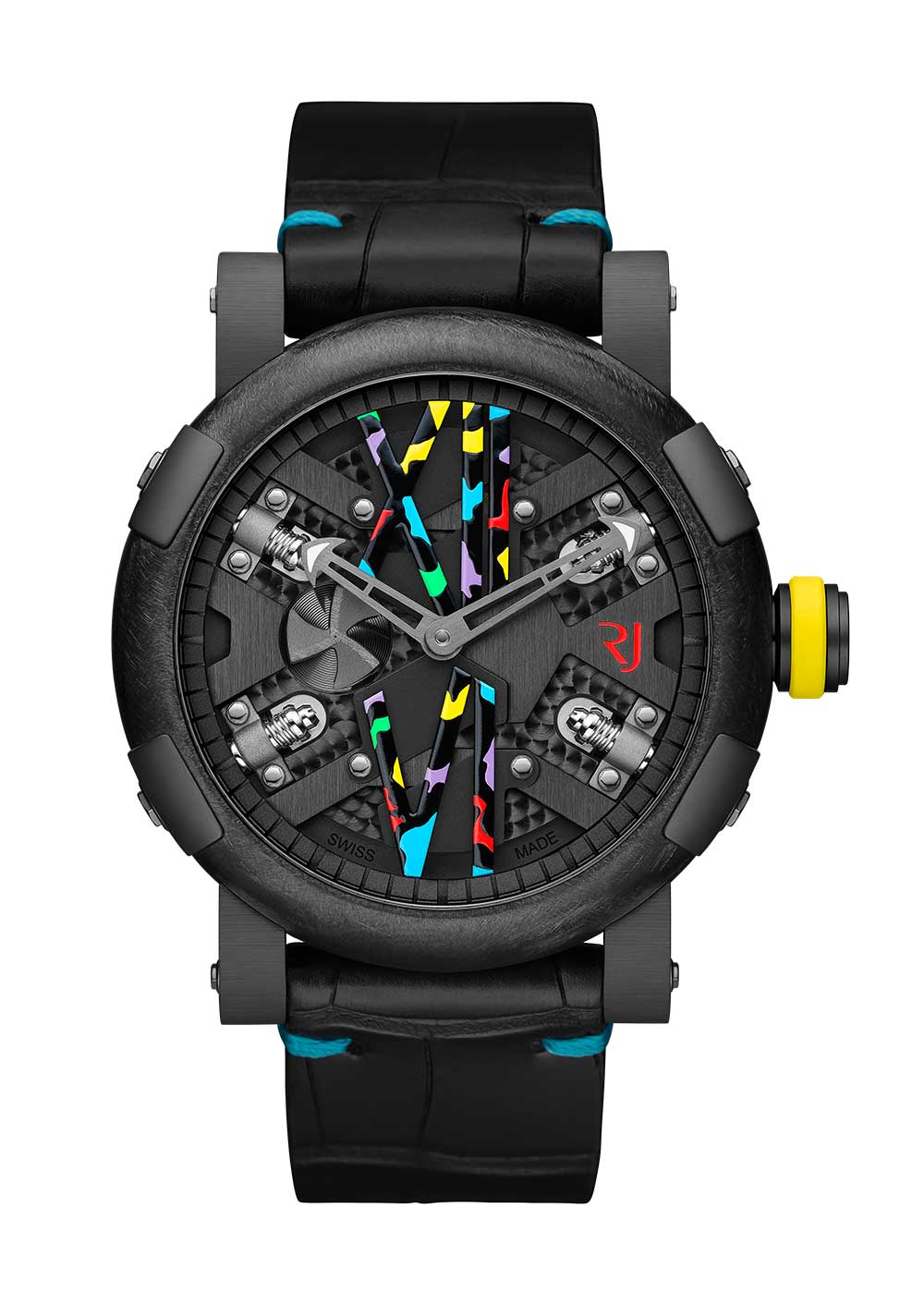